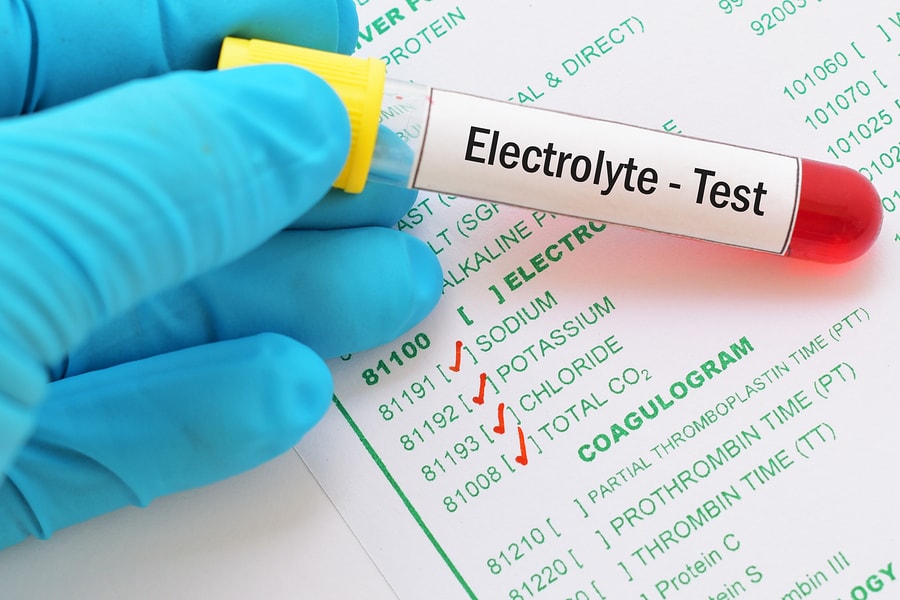 The anion gap is a value calculated from the results of an electrolyte blood test which informs clinicians about the balance of positively and negatively charged particles in the blood. This is a useful measure to diagnose diseases and disorders associated with an acid/base imbalance in the body.

What Is the Anion Gap?

The anion gap cannot be directly measured, instead, it is calculated from the results of an electrolyte panel, another type of blood test.

The anion gap is calculated using the concentrations of the major anions in the blood, chloride and bicarbonate, and the major cations, sodium and potassium.

However, the concentration of potassium in the blood is usually much lower compared to sodium, chloride, and bicarbonate. Therefore, it is common practice to not use potassium when calculating the anion gap, as it usually has little effect [1].

Clinically, the anion gap value is primarily used to help evaluate acid-base disorders, which occur when the concentration of acids and bases in the blood becomes unbalanced [2].

The value of the anion gap is reported in milliequivalents per liter (mEq/L).

Some older types of tests used different techniques to measure electrolytes, which give different results. The normal range for these older tests is 8 to 16 mEq/L [5, 6, 7].

It’s important to note that a number of factors may cause a high anion gap. Test results should be interpreted by a doctor who can take into account your medical history and other test results.

The anion gap is primarily used to determine the cause of metabolic acidosis, a condition where the body is producing too much acid or not enough acid is being removed from the body.

Talk with your doctor if your anion gap test results are high. A high anion gap may indicate metabolic acidosis, which requires medical management.

Test results should always be interpreted by a doctor who can take into account your medical history and other test results.

The occurrence of a low anion gap value is very rare. When it is reported, the most common cause is a laboratory error.

A low anion gap may be caused by a number of different conditions. Symptoms will depend on the underlying cause.

Treatment will depend on the underlying cause as well. It is worthwhile to repeat the electrolyte blood test and recalculate the anion gap value to ensure that the low anion gap value is not an outcome of a laboratory error in measurement.