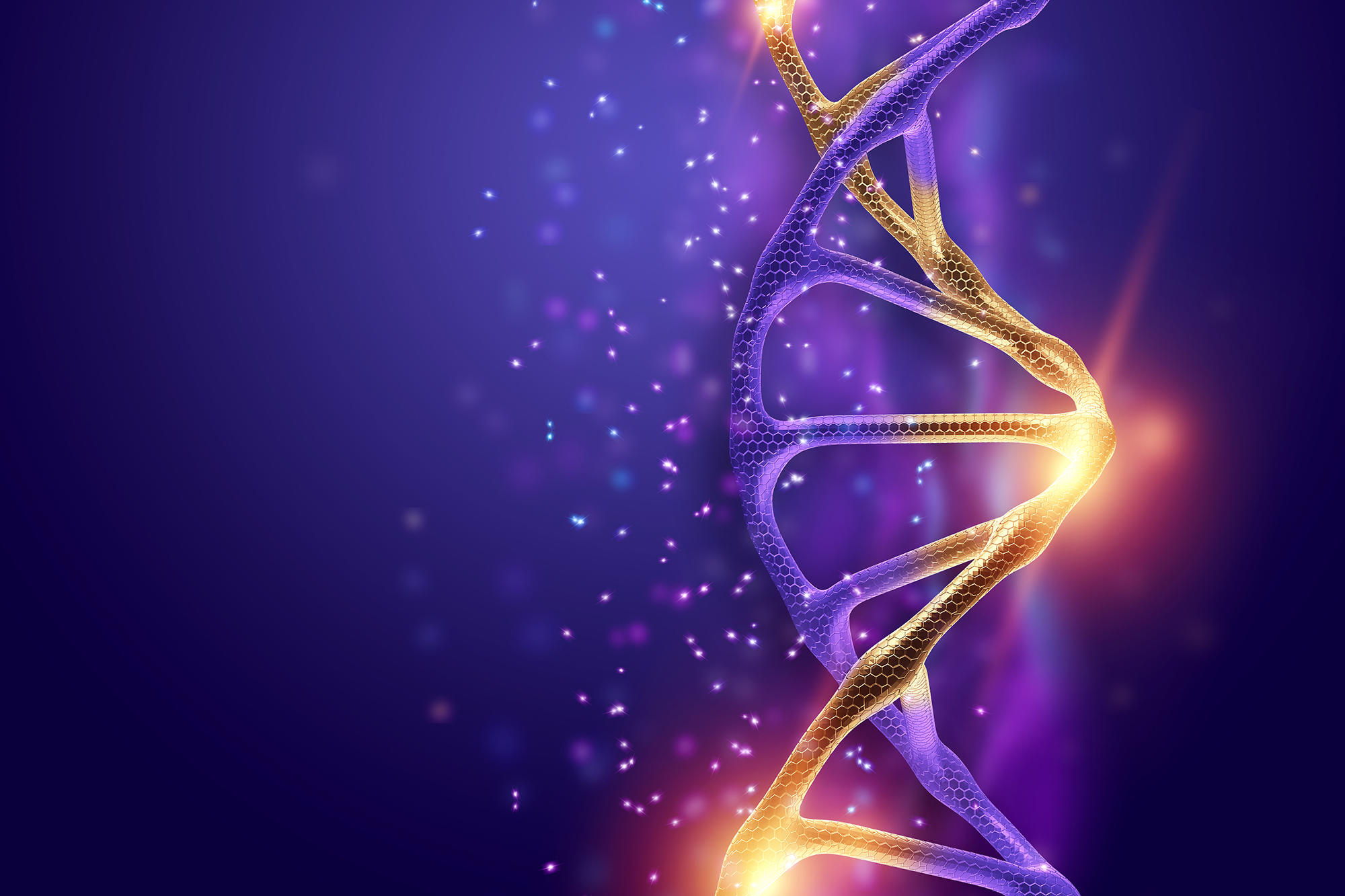 A Brief Overview of BDNF

BDNF stands for brain-derived neurotrophic factor. It is believed to be one of the most important of the “growth factors” (trophic factors or neurotrophins) that influence how the brain develops, grows, and adjusts its connections over time.

BDNF is believed to be one of the main factors that are responsible for creating new neurons in the brain (neurogenesis), as well as helping existing neurons develop new connections, or adjust their existing connections to other brain cells (synaptic plasticity) [1, 2, 3].

In the brain, BDNF is active in the hippocampus, cortex, and forebrain – areas vital to learning, memory, and higher thinking. Hence, many researchers believe that BDNF is important for learning and long-term memory, and many other cognitive functions [4, 5, 6].

BDNF has also been implicated in a number of different bodily functions – such as the regulation of sleep, body weight, and the stress response – and has even been linked to some health conditions, such as depression and anxiety.

Due to its diverse range of roles throughout the body and the brain, the amount of BDNF a person produces could theoretically have significant ramifications for certain aspects of health and well-being.

>>> For a more detailed look at this fascinating compound, you can check out our comprehensive post on BDNF here.

While many different lifestyles, dietary, and other factors may influence how much BDNF a person produces, in this post we’ll be taking a closer look at one of the genetic factors that have been associated with BDNF production, and what this genetic variation may mean for a person’s health.

However, before we get started, it’s important to note a few important limitations and caveats that are crucial for interpreting the scientific findings we report on in this post (and all genetics studies in general).

First, it is important to keep in mind that the vast majority of genetics studies only deal with associations, meaning that a direct cause-and-effect relationship has not necessarily been established.

For example, just because a certain gene has been associated with lower BDNF levels does not automatically mean that everyone with that particular gene actually has significantly lower levels of BDNF! This is because these studies are typically based on large numbers of people, and their findings are based on differences in the average levels across many different participants. In other words, this association could mean that an individual who carries a certain variant might be statistically a bit more likely to be a “low-BDNF producer” – but this still doesn’t necessarily mean that they actually are.

By extension, just because a certain genetic variant is associated with some trait (such as intelligence or extraversion) or other health-related condition (such cardiovascular disease or depression) doesn’t mean that this specific gene is actually what is causing this condition – nor does it mean that everyone with that variant will actually have that condition or trait.

With very few exceptions, nearly every psychological trait and health condition is a complex phenomenon that is caused by many different lifestyle, environmental, and genetic factors all influencing each other to produce some particular outcome – so any single genetic variant is almost never solely responsible for any given health condition.

To take one example, just because a study has reported an association between sleep problems and lower BDNF levels in certain brain areas does not necessarily mean that insomnia is actually caused by low BDNF. Nor should it be taken to imply that increasing BDNF levels would automatically improve symptoms of insomnia, unless clinical data about a direct link are available. However, data are usually lacking to make such claims, since the vast majority of genetics studies are only looking at associations.

With all that in mind, let’s see what the latest science has to say about some of the genetic factors that may be linked to BDNF levels!

Many of the genetic variants that have been associated with BDNF levels are, unsurprisingly, located in the appropriately-named BDNF gene.

One of the most well-studied genetic variants in this gene is the single-nucleotide polymorphism (“SNP”) rs6265, also known as the “Val66Met” polymorphism.

The two possible variants (“alleles”) it is possible to have for this SNP are ‘C’ and ‘T’, which are sometimes referred to as the “val” and “met” alleles, respectively.

(Note that some studies use different notations for these variants, so you might see the ‘C’ and ‘T’ alleles referred to as the ‘G’ and ‘A’ alleles, respectively – but these are ultimately the same thing.)

However, like many genetic variants, the exact distribution of these alleles varies between different ethnic groups. For example, the population frequency of the ‘T’ allele is less than 1% in African populations, while it is found in 17% of the white (European-descended) population, and up to 60% in some Asian populations [7]!

A number of early studies have associated the ‘C/G’ (“val”) allele with relatively higher levels of BDNF, while the ‘A/T’ (“met”) allele has been linked to relatively lower levels or production of BDNF [8, 9].

Because everyone has two copies of each gene – one from their mother and one from their father – each person has two alleles for this SNP. This means there are a total of three different combinations, or “genotypes”, that a person can have:

By extension, because each allele has been associated with different levels of BDNF, this suggests that there may be three different “levels” of BDNF production – with ‘CC’ producing the most, ‘TT’ producing the least, and ‘CT’ being somewhere in-between [8, 9]. At least, in theory!

You can use SelfDecode to find out what your genotype is.

Mechanisms of the rs6265 BDNF Variant

Although it’s not yet known for sure exactly how variations in this SNP may contribute to differences in BDNF levels, a number of preliminary findings have offered a few tentative possibilities.

One possibility is that the rs6265 variant of BDNF directly influences a cell’s ability to produce BDNF in the first place.

For example, one study in humans has reported that the ‘T’ allele was associated with decreased cellular production of BDNF in cells (compared to the ‘CC’ genotype) [10].

Similarly, another human study has reported that carriers of the ‘T’ allele tend to show relatively lower blood levels of BDNF compared to individuals with the ‘CC’ (homozygous major) genotype [10], which would be further consistent with reduced overall cellular production of BDNF.

For example, some early evidence from a human study has associated the ‘T’ allele with a reduced cellular secretion of BDNF [11], which could be responsible for the lower blood levels of BDNF seen in carriers of this allele [10].

This possibility is further backed up by a similar finding from an animal study, in which rat hippocampal neurons carrying the ‘T’ allele showed reduced secretion of BDNF compared to cells with the ‘C’ allele [11].

BDNF Packaging and Distribution in Cells

Yet another possibility is that variants in this SNP might affect how BDNF is packaged and stored within brain cells, which could in turn influence how “available” it is for neurons to actually use.

For example, two studies (in humans, animals, and cells) have reported that the ‘T’ allele is associated with more “scattered” distributions of BDNF in the cell body (soma), whereas the ‘CC’ genotype is associated with denser concentrations of BDNF in the parts of cells that are closer to neural synapses (specifically, the dendrites of neurons) [11].

Relatedly, another study (in both humans and cells) reported that the ‘T’ allele may be associated with abnormal “packaging” of BDNF and/or its “ingredients” (metabolic precursors) in brain cells [10].

Factors such as these could also account for some of the differences in BDNF levels seen across different rs6265 genotypes, since cells can only release and use BDNF if it is stored and packaged properly in the first place.

Ultimately, the differences that scientists have observed across groups of people with different rs6265 genotypes could be due to any one of the mechanisms described above – or even a complex combination of all of them! More research – especially in large populations of humans – will be needed to figure out for sure what is driving these differences.

In our next post on rs6265, we’ll turn to discussing some of the scientific findings that have associated each of the rs6265 genotypes with more complex effects, and which may in turn affect various aspects of physiological and psychological health: