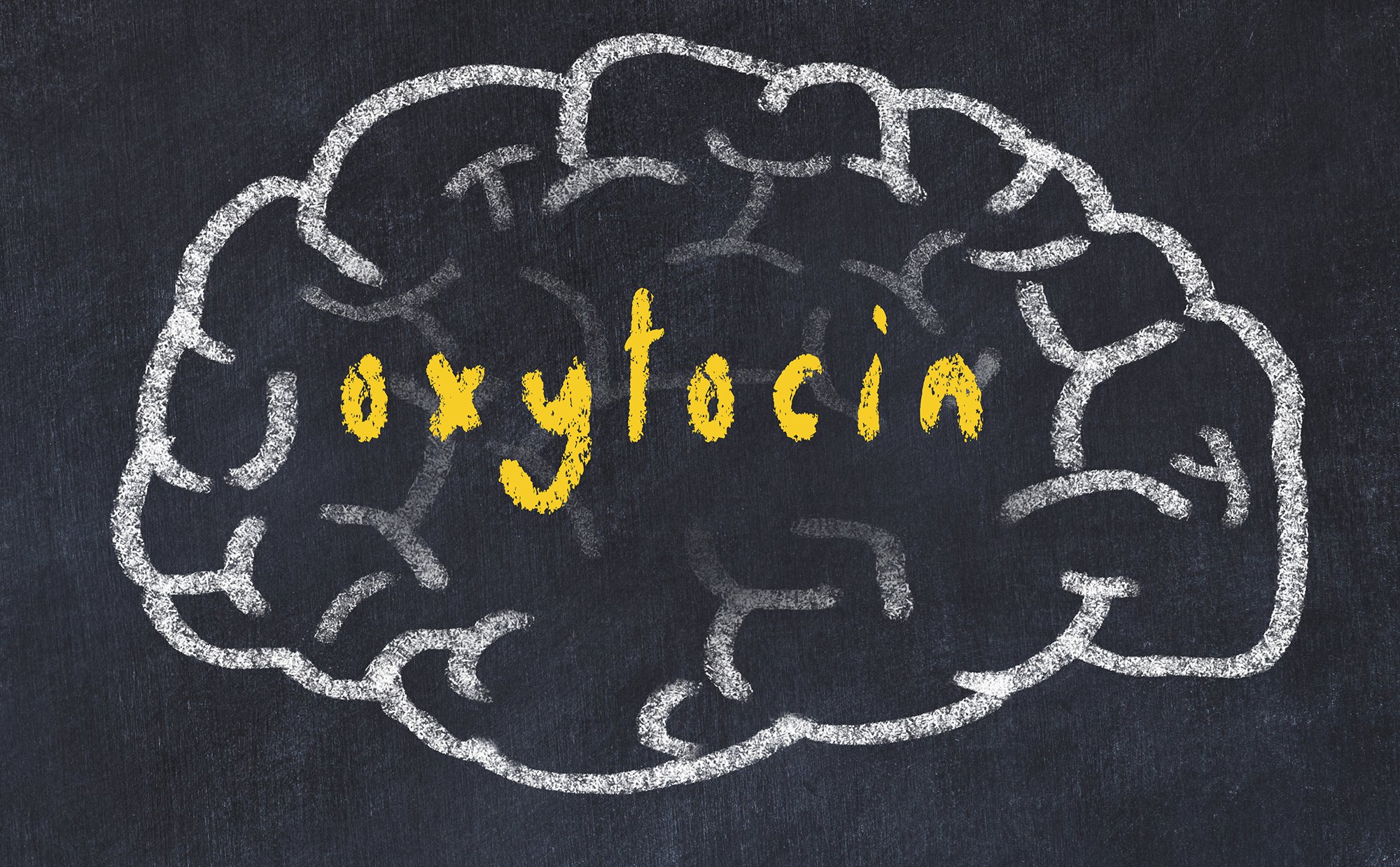 Oxytocin, often called the “love hormone,” plays a significant role in social bonding and empathy. The OXTR gene, which codes for its receptor, seems to affect how each individual processes and reacts to oxytocin. What does your DNA have to say, and which SNPs have the greatest impact? Learn more here.

What Are Your Genes for Oxytocin?

The oxytocin receptor gene OXTR determines sensitivity to oxytocin, commonly known as the “love hormone” for its role in social bonding [1, 2].

OXTR is recognized as an important gene for relationships and empathy, and it has attracted a great deal of attention in the research community for this reason. Many single nucleotide polymorphisms (SNPs, the fancy scientific term for simple variations within a gene) have been associated with differences in personality, social skills, attachment styles, and even brain development [2, 3].

The Most Significant Oxytocin SNP: rs53576

About 37% of the global population has the ‘GG’ genotype (two copies of the ‘G’ allele) at rs53576. This genotype is associated with increased optimism, empathy, and ease of handling stress [4].

The ‘GG’ genotype is associated with increased activity in the oxytocin system and enhanced effects of oxytocin supplementation [4].

In multiple studies, researchers have found that people with the ‘G’ allele were more likely to display positive social behaviors and to respond to the emotions of others. The following is a list of findings from some of the associative studies on rs53576:

GG may affect how a person experiences social rejection. People with GG had significantly higher blood pressure and cortisol levels following rejection, effects not apparent among A carriers [8].

People with GG were less empathetic to pain experienced by racial ‘out-group’ vs racial ‘in-group’ members (Asians vs Europeans). However, AA experienced more pleasure from pain to racial out-groups. The authors suggested that these results could shed light on how and why people develop racial and social bias [9].

In romantic relationships, the TT genotype was associated with less empathic concern for their partner’s distress, lower social reciprocity in a support-giving interaction, and less persistence in attending to their partner’s communication and maintaining focus on providing support [3].

GG had the highest “Fantasy” empathy (18.5) (the extent to which people can immerse themselves in the conditions of the fictitious characters’ feelings and actions) compared to both AA and AG (15.1). Fantasy empathy probably is a factor in how much you like novels [11].

At rs13316193, CC or CT has been associated with empathy, whereas TT (the risky version) has been linked to decreased expression of oxytocin receptors in the brain, depressive mood and greater risk for Autism [3].

In romantic relationships, the TT genotype was associated with less empathic concern for a partner’s distress, lower social reciprocity in a support-giving interaction, and less persistence in attending to their partner’s communication and maintaining focus on providing support [3].

But based on a different study, total empathy wasn’t really different in most situations between groups. However, CT was associated with the most empathy in women [11].

The same was true for “cognitive empathy,” which is simply knowing how the other person feels and what they might be thinking. 59% of the population has CT, 32% have TT and 9% have CC [11].

The A allele has been linked to lower risk for autism, depression and separation anxiety and with amygdala volume increase in both European and Asian populations [3].

In romantic relationships, the GG version was associated with less empathic concern to their partner’s distress, displayed lower social reciprocity in a support-giving interaction, and persisted less in attending to their partner’s communication and maintaining focus on providing support [3]. This was based on observed behavior rather than self-reports. This study was looking at a group of genes in total, so it’s best not to read into it too much.

At rs2268494, the TT genotype is associated with increased prosocial behavior. About 86% of the global population has TT. The A allele, which is not common (A=.07), was associated with risk for autism, which suggests lower oxytocin or less efficient oxytocin receptors [12].

In romantic relationships, people with the AA genotype experienced less empathic concern for their partner’s distress, displayed lower social reciprocity in a support-giving interaction, and persisted less in attending to their partner’s communication and maintaining focus on providing support [3].

The SNP rs237897 was significant only in men with regard to empathy/kindness (dictator game and social value orientation) [13].