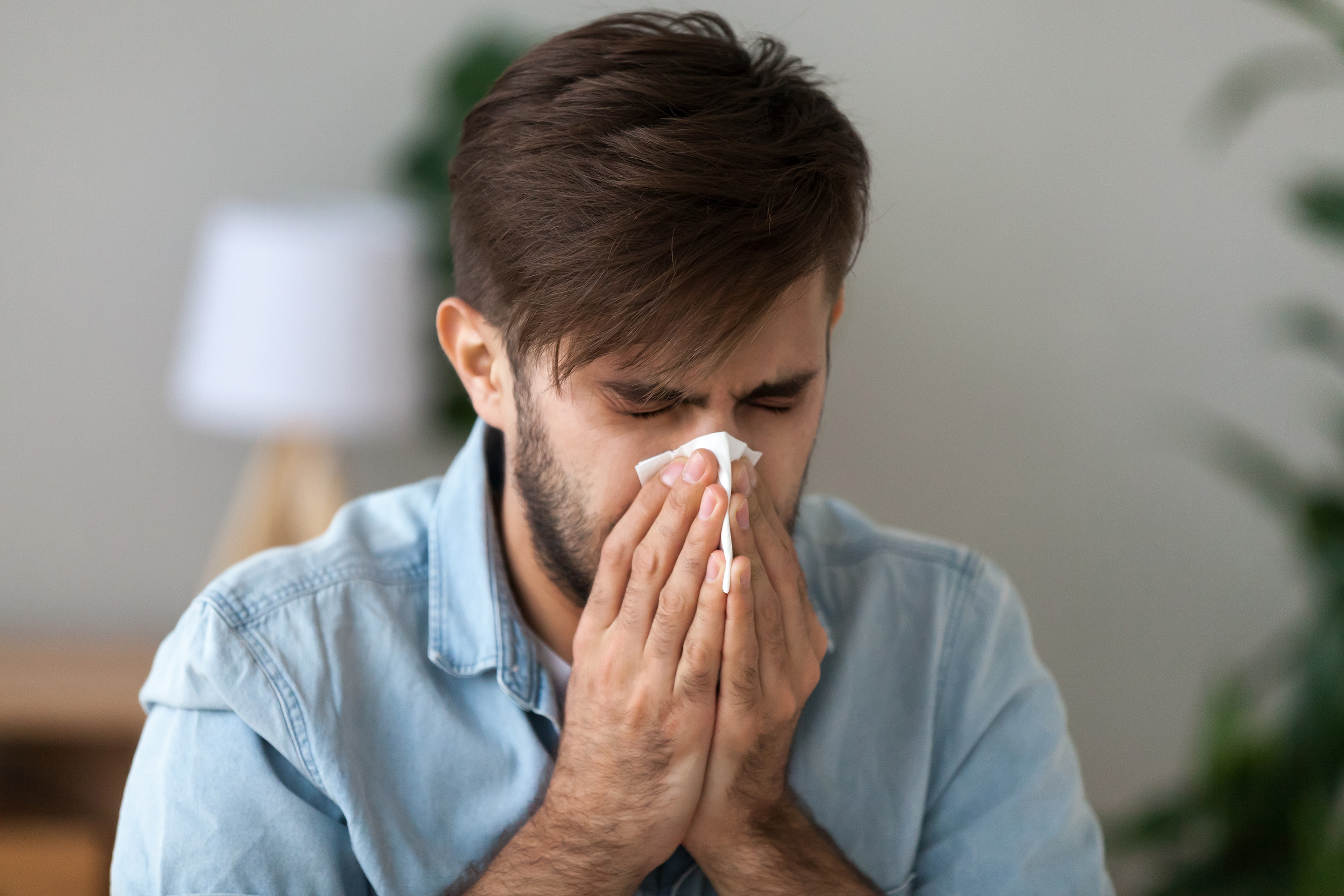 As the most important biogenic amine, histamine regulates sleep, appetite, motivation, learning, and sexual behavior through its four receptors. Read on to discover its function and the genes that affect it.

Most people know about histamine because of antihistamines, drugs commonly used to manage allergy symptoms. Too much histamine for too long brings about a long list of unwanted effects: redness, itching, swelling, runny nose, hives, and others.

Anyone looking to overcome their histamine issues has to start with understanding what histamine is and how it functions in the body.

Histamine is not just detrimental, it also has some protective roles. Problems usually arise if it’s not being broken down fast enough or if it’s being produced in excess and targeting the wrong receptors.

Histamine is a biogenic amine: that is, a compound made in your body that includes an amine group. Other biogenic amines include tyramine, tryptamine, putrescine, cadaverine, spermine, and spermidine; these are produced by bacteria during improper food storage. Most are detrimental, while others (especially spermidine) can be highly beneficial [1, 2, 3, 4].

Histamine was discovered in 1910 by the winner of the 1936 Nobel Prize in Medicine, Sir Henry H. Dale. Its name is derived from the Greek word histos, meaning tissue, as many tissues throughout the body express it [5, 2].

People talk about problems with mast cell activation, allergies, and other conditions of histamine release. But what exactly is going on in the body?

The following cells in your body produce, release, and store histamine [2, 5, 6]:

In people with histamine intolerance, food allergies, IBD, and IBS, the histamine system may become dysfunctional. Histamine builds up and strays from its typical behavior. As these changes gain momentum, they may shift the balance in immune cells and reduce barrier integrity in the gut. This triggers all the inflammatory symptoms most people recognize all too well [2].

Other cells can also produce histamine, but at much lower levels. These cells cannot store histamine, so they need to release it straight away [2, 6].

An enzyme called histidine decarboxylase (HDC) makes histamine from the amino acid histidine. Certain microbes, including some gut bacteria, also have the HDC enzyme and can produce histamine from histidine. This may sound like a problem, but researchers think specific histamine-producing probiotic bacteria (such as Lactobacillus rhamnosus) could be beneficial [2].

Immune, stomach, and brain cells can all release histamine when the body demands it. If this process shifts out of balance, too much histamine triggers inflammation and allergies.

Two enzymes control histamine breakdown: histamine N-methyltransferase (HNMT) and diamine oxidase or DAO. These enzymes are extremely important. If either one starts malfunctioning, histamine can increase dramatically throughout the body [7, 2].

HNMT is the main histamine-degrading enzyme in the brain. It breaks down histamine inside the cells without being released into the bloodstream. The liver, spleen, gut, prostate, ovaries, kidneys, and lungs also contain it [8, 2, 9].

The trouble here is that over- and undermethylation is unlikely to take place in all tissues and organs across the body at the same time. People may have low gut HNMT and normal brain HNMT. This doesn’t always make someone an over- or undermethylator; any individual’s reaction to histamine may be tissue or organ dependent [10, 11].

Additionally, several causes other than low HNMT activity/undermethylation can raise histamine, such as [12]:

DAO is the main histamine-degrading enzyme in the gut, connective tissues, placenta, and kidneys. This enzyme is released into the blood; it can, therefore, break down histamine found outside of the cells [13, 2, 14].

DAO also degrades other biogenic amines such as putrescine and spermidine [14].

Many sources claim DAO deficiency underlies histamine intolerance and sensitivity. This is possible, but it’s only one likely cause. To make matters worse, testing DAO in the blood tells us little about its activity in the gut [10].

DAO and HNMT enzymes break down histamine. We can only estimate someone’s HNMT or DAO activity, since no reliable tests yet exist to measure them.
8 Ways To Use Your DNA & Optimize Your Health

In the nervous system, histamine acts as a messenger molecule or neurotransmitter. It plays key roles in the sleep-wake cycle, appetite, motivation, learning, memory, and sexual behavior [1, 5, 6].

In the stomach, histamine stimulates acid secretion. In the rest of the body, histamine intensifies the immune response, contracts smooth muscles and airways, dilates blood vessels, and activates itch and pain-associated nerve cells. These resemble symptoms common to allergies and other conditions in which histamine is increased [5, 2].

On the surface of target cells, histamine binds to four specific histamine receptors – H1R, H2R, H3R, and H4R – which carry out its functions. Histamine often has opposing roles, depending on which receptor it activates [15].

Some histamine receptors trigger inflammation and allergic symptoms (H1R and H4R) and others increase stomach acid (H2R). One receptor (H3R) opposes them and prevents histamine release.

HDC codes for histidine decarboxylase, the enzyme that produces histamine. Some HDC gene variants are associated with allergic rhinitis [7].

Children with a variant of HNMT develop eczema twice as often, while another variant is associated with chronic hives [7].

Certain HNMT gene variants are associated with eczema and ADHD behavior in children.

DAO codes for diamine oxidase, the enzyme that breaks down histamine in the gut and tissues. Here are some important DAO gene SNPs you can look into:

In both rs10156191 and rs1049742, the T allele is associated with lower DAO activity, migraines, and sensitivity to NSAID painkillers (aspirin, ibuprofen). Two T alleles have a stronger association than one T allele [21, 22, 23].

Variants of the H4R gene have been associated with eczema and infection-induced asthma [7, 1].

The number of H4R copies correlates to the incidence of arthritis, proteinuria, and antinuclear antibody abnormalities in systemic lupus erythematosus (SLE) [1].

Here are two SNPs to look into:

The MS4A2 gene codes for a subunit of the IgE-receptor protein that affects allergic responses and is found on the surface of histamine-producing mast cells and [24].

Mutations in this gene are associated with asthma and fibromyalgia, inflammatory conditions with overactive mast cells [25, 26, 27, 28].

This is the first post in a six-part series on histamine, histamine intolerance, and how to manage it. To learn more, click through the links below.

Histamine is a biogenic amine and a neurotransmitter. An enzyme called histidine decarboxylase produces it, while histamine N-methyltransferase and diamine oxidase (DAO) break it down. Histamine works through 4 receptors in your body: H1R, H2R, H3R, and H4R.

Through these receptors, histamine plays key roles in the sleep-wake cycle, appetite, motivation, learning, memory, and sexual behavior. In excess, it triggers inflammation and allergies.