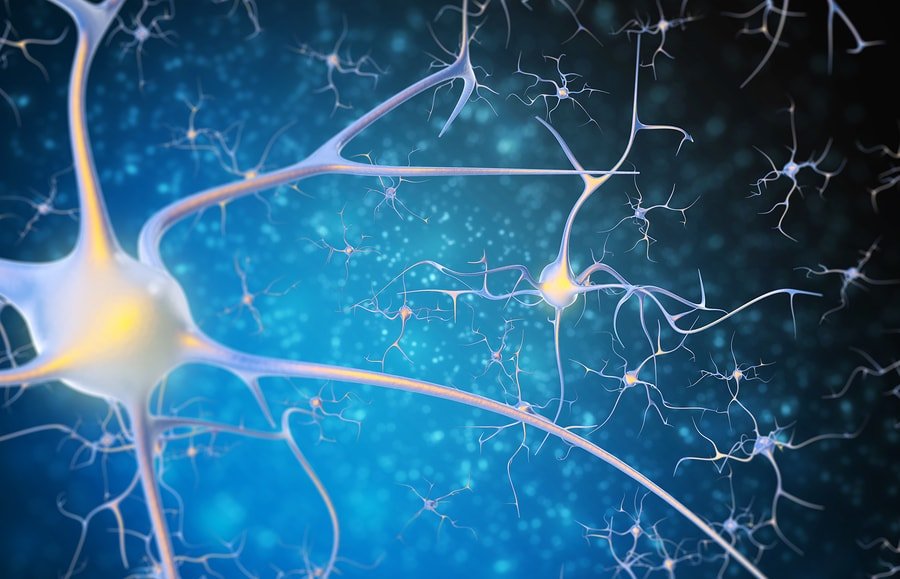 “Synaptic plasticity” refers to the process that the brain uses to adjust how neurons connect to each other and process information. This process is extremely important for all forms of learning and memory, since the only way the brain can store new information is to change its own structure! Plasticity is also extremely important to the brain’s ability to recover from stress or damage, and is currently believed to play a major role in many different neurological and psychiatric disorders. Read on to learn more about plasticity, how it works, and why it’s so important!

What is Synaptic Plasticity?

It was once believed that the brain is extremely fragile, and that any damage to it is more or less permanent. This would mean that if a person’s brain was damaged or failed to develop properly in the first place, they were fated to live with it permanently!

However, the discovery of synaptic plasticity in 1966 overturned that belief. This gave new hope to people with brain damage, neurological diseases, or learning disabilities [1].

In fact, the brain is a lot more flexible and resilient than we previously thought! Neurons can re-grow and new neuronal connections can be made. This actually allows us to learn new skills and memories in everyday life since the brain is a physical organ, and therefore, has to change its structure in order to store any new information.

Synaptic plasticity is our brain’s key to the formation of new memories and neural networks – especially within the hippocampus, a brain structure that is believed to be heavily involved in memory.

Furthermore, neural plasticity may also be involved in repairing the brain from damage, such as from head traumas, stress, toxins, or even a lifetime of poor diet and lifestyle choices.

What is a Synapse?

Scientists currently estimate that our brain contains approximately 100 billion neurons. These neurons communicate with one another by forming synapses, which is the place where two neurons meet and connect.

However, this connection doesn’t involve direct physical contact, as it would on a circuit board, for example. Instead, each “synapse” is actually a tiny gap in between where the two neurons meet. This is where one neuron releases chemicals (neurotransmitters) in order to trigger an electrical response in the neighboring neuron.

By connecting into a series of synapses, this is how individual brain cells form signaling pathways, or “circuits”, which allows them to pass along and process information.

Synaptic plasticity refers to our brain’s ability to adjust the connections between neurons, which changes how they communicate with each other and process information. This process can be accomplished either by creating an entirely new synapse, or by adjusting the “strength” of an existing synapse [2].

Technically, “synaptic plasticity” refers only to changes that occur in the connections between neurons. However, you might also hear the term “neuronal plasticity,” which is a broader concept that includes synaptic plasticity as well as other biological changes to the brain, such as the creation of entirely new neurons (a process called neurogenesis).

Each of these processes is critical for a person’s ability to learn and store new information of all kinds! In other words, whether we’re talking about learning new motor skills (such as learning how to ride a bike) or if we’re talking about learning a new fact or forming a new memory, all of these abilities depend on the brain’s ability to adjust the way its cells connect to each other and process information.

Glutamate is believed to be one of the most important neurotransmitters involved in synaptic plasticity [3].

Therefore, glutamate plays a key role in learning and memory.

Because glutamate is an excitatory neurotransmitter, it may be specifically related to long-term potentiation (LTP), which is the part of synaptic plasticity that refers to the strengthening of existing neural connections.

Why is Synaptic Plasticity Important?

1) Synaptic Plasticity is Important for Learning and Memory

Intrinsic brain plasticity, or the brain’s inherent ability to rewire itself, is an important and evolutionarily conserved neural correlate of all forms of learning [5].

Synaptic plasticity allows for long-term potentiation – or increasing the strength of our synapses with more use, which allows us to memorize or become fluent at the things we learn. Therefore, synaptic plasticity is essential for learning and memory [7].

The Role of Synaptic Plasticity in The Hippocampus (Memory Center)

Located in the medial temporal lobe, the hippocampus plays a key role in forming new associations and consolidating stimuli into new memories [8].

Specialized cells in the hippocampus can also undergo cell division (mitosis) to generate entirely new brain cells (neurogenesis) [9]. Synaptic plasticity is important for these cells to integrate with other hippocampal cells.

Neuroplasticity is what allows the central nervous system to (partially) recover from damage, such as brain injuries. In addition, the brain can adapt through secondary compensatory mechanisms when there is some brain tissue damage [10].

Some preliminary research suggests that long-lasting morphological changes occur in the hippocampus after traumatic brain injury – including the growth of cell bodies (soma) and recruitment of new neurons into the hippocampus [11, 12].

Spinal injuries that damage the sensorimotor pathways are known to cause synaptic changes in neuronal circuitry, within the spinal cord and at higher levels, over the postinjury weeks and months [13].

Cognitive function naturally declines with age. At least part of this age-related cognitive decline is believed to be due to a gradual loss of plasticity throughout the brain – and especially in certain key memory-related areas, such as the hippocampus [14].

Alzheimer’s and Parkinson’s diseases are believed to be caused by the build-up of beta-amyloid “plaques” in the neurons of the brain. While this build-up can lead to cell death due to toxicity, there is some evidence that it may also interfere with processes related to synaptic plasticity – in other words, these amyloid plaques may interfere with brain processes even without outright killing the brain cells themselves [15, 16].

Some preliminary research suggests that synaptic plasticity in the amygdala may be involved in PTSD, and has been proposed to be an important target for its treatment [17].

According to some researchers, synaptic plasticity may also have a role in the development of anxiety and schizophrenia [18].

More specifically, some scientists have proposed that schizophrenia may be a disease of short-term synaptic plasticity alterations [19].

According to some studies, AMPA receptors are inhibited in schizophrenia patients. This may interfere with long-term potentiation, and thus impair one’s ability to form new memories [20].

Interestingly, depression also appears to involve impairments in synaptic plasticity – and some evidence suggests that the actions of common antidepressant medications (such as SSRIs and other monoamine-targeting drugs) may alleviate depression by increasing or restoring synaptic plasticity throughout the brain [21, 22].

Some early evidence suggests that autism may involve disruptions in multiple signaling pathways that are activated during synaptic plasticity, which may suggest that impaired synaptic plasticity could be one of the main causes or consequences of autism-spectrum disorders [23, 24, 25].

Getting enough high-quality sleep is critical for stimulating synaptic plasticity.

By extension, sleep deprivation can significantly interfere with synaptic plasticity.

For example, according to one study, just 5–6 hours of sleep deprivation is sufficient to impair long-term potentiation, thus potentially hindering synaptic plasticity in general [26].

Another study has suggested that stressful events early in life may induce long-term sleep disturbances, which could, in turn, alter or impair synaptic plasticity in the long term [26].

According to some early research, rats with seizures show alterations in the long-term potentiation within synapses throughout the somatosensory cortex [27].

8) Other Diseases that May Involve Impaired Synaptic Plasticity

Other Compounds Involved In Synaptic Plasticity

Brain‐derived neurotrophic factor (BDNF) is well-known for supporting neuronal survival and growth throughout the brain, and plays an especially important role in synaptic plasticity in the hippocampus, in particular [30].

Glutamate transport has been associated with the formation of new synapses, synaptic plasticity, as well as learning and memory at large [31, 32].

According to some animal studies, testosterone may be associated with memory performance and synaptic plasticity in male rats [35, 36].

Estradiol (an estrogen signaling molecule) has been reported to affect hippocampal-dependent spatial memory and synaptic plasticity in female mice and rats [37, 38].

According to some animal studies, administration of the hormone leptin into the brain has been reported to help facilitate hippocampal long-term potentiation, and may even improve memory performance [39, 40].

Secretin has been linked to synaptic plasticity and social behavior in mice [41].

In a rat model of Alzheimer’s, erythropoietin was reported to improve synaptic plasticity and reduce glutamate levels (which are typically elevated in Alzheimer’s) [42].

Pregnenolone sulfate is a steroid hormone (neuromodulator) that has been reported to have some potential beneficial effects on the brain. By enhancing NMDA and other neurotransmitter receptors, pregnenolone seems to help with synaptic plasticity for learning and memory – although more research will be needed to explore these potential effects further [43].

While there are no officially-approved treatments or other strategies to do this, there is some preliminary research that suggests that a wide variety of dietary compounds and supplements may have significant effects on overall synaptic plasticity.

To learn more about what these compounds are and what the latest science says about them, check out our follow-up post here.