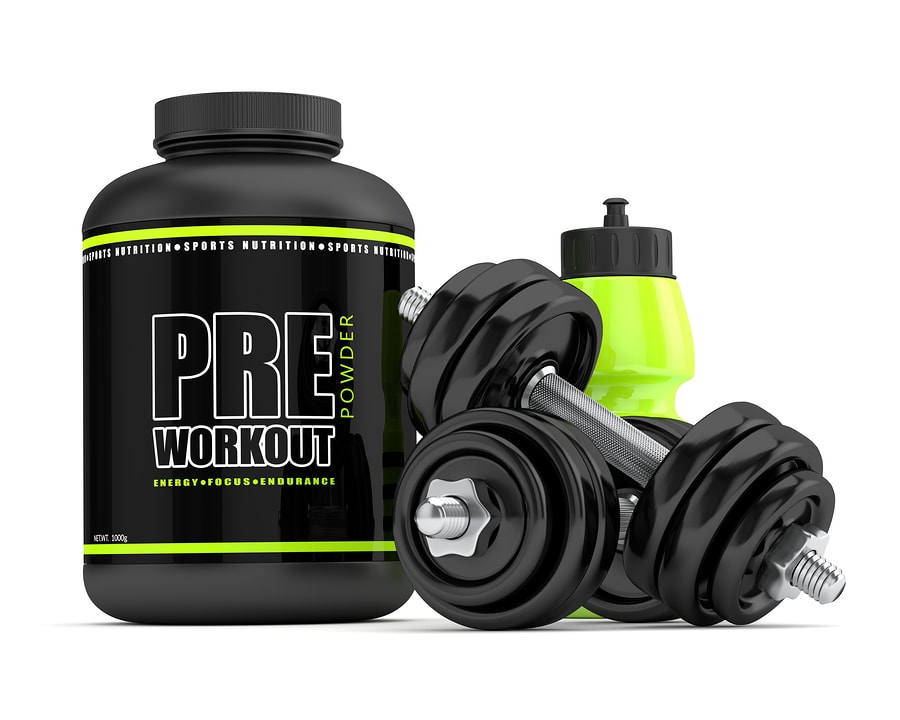 Beta-alanine is a popular amino acid supplement used to enhance exercise and athletic performance. It improves heart fitness and reduces muscle fatigue and acid build-up. Read ahead to learn how beta-alanine may improve your health and what are the risks associated with its use.

Beta-alanine (β-Alanine) is an amino acid naturally found in muscles and the brain. Together with histidine, it forms carnosine, which helps reduce acid build-up during exercise. Despite mixed evidence of success, it is sold as a performance-enhancing supplement under names like Carnosyn and its slow release version, SR CarnoSyn [1].

Beta-alanine is most effective during anaerobic exercise (intense and exhaustive exercise that causes lactic acid to accumulate in the muscles), such as high-intensity interval training or sprinting. Most notably, it delays fatigue during repeated bouts of intense exercise with short recovery periods [1].

Women and vegetarians have lower amounts of muscle carnosine than men and meat-eaters, respectively. Furthermore, body carnosine naturally decreases with age. These groups may particularly benefit from beta-alanine supplementation [2, 3].

The only confirmed side effect is tingling. However, lower or time-released doses can reduce this effect [4].

Beta-alanine is an amino acid formed in the liver or by gut microbes [5, 4].

It also acts as an inhibitory neurotransmitter and a neuromodulator. For instance, beta-alanine inhibits the uptake of the amino acid taurine in cells; this can cause oxidative stress, cell damage, and respiratory problems [8, 9].

In two meta-analyses of 18,000 people, beta-alanine improved exercise power and capacity, but not performance. Beta-alanine was most effective for exercise lasting 30 seconds to 10 minutes [11, 12].

Success varied due to the athletic condition of the subjects, and the type of exercise or sport tested. For instance, beta-alanine improved short-lasting and high-intensity exercise (anaerobic exercise, lasting 1 to 4 min) [11].

Furthermore, beta-alanine improved resistance training volume and performance for athletes who play in team sports, which may improve game performance [13].

However, other studies have shown that beta-alanine does not improve repetitive sprint performance in athletes who took 6g/day [17, 18, 19].

Overall, however, trends suggest that non-athletes benefit from beta-alanine during lab-based, but not in field tests. Furthermore, athletes show some improvement in both athletic performance and high-intensity training. In team sports, beta-alanine seems to improve resistance training performance and volume [13].

Another 30-day study of 18 elite combat soldiers showed mixed improvements. Beta-alanine improved speed during a 50-m casualty carry exercise and increased cognitive performance while under stress. However, it did not improve running, sprinting, or marksmanship [21].

Although research suggests beta-alanine improves many aspects of military combat, the evidence is limited and some results are mixed. More studies are needed.

Several human studies concluded that beta-alanine delays fatigue and exhaustion. However, it’s important to note that there is insufficient evidence examining its safety [22, 21, 23].

A meta-analysis of 360 people showed that beta-alanine improved high-intensity exercise that lasts more than a minute [11].

A review on the subject found that beta-alanine reduced acid build-up during a high-intensity anaerobic performance, which delayed fatigue [24].

However, individual improvement widely varies. For instance, in a 5-week sprint study of 11 men, beta-alanine neither improved performance nor reduced fatigue [27].

To sum up, the evidence supporting the role of beta-alanine in reducing fatigue and lactic acid buildup in the muscles is promising but limited and includes some studies with mixed results. Further research in humans is needed to confirm it.

Although the results are promising, the evidence to claim that beta-alanine helps increase muscle mass is based on two small clinical trials. Further research on larger populations is required to confirm these preliminary findings.

Preliminary research suggests that beta-alanine may benefit the elderly. 18 elderly patients experienced improved exercise capacity after taking beta-alanine for 3 months in one study [3].

However, in other studies of 20 elite soldiers and 19 athletes, the subjects did not have improved brain function under both stressful and normal conditions [16, 35].

Further clinical research is warranted to shed some light on the effects of beta-alanine in cognitive function under stressful conditions.

Other potential health benefits of beta-alanine have been investigated in animals. However, there is no evidence that their results may be the same in humans.

Beta-alanine boosts carnosine and serotonin in the brain. Carnosine reduced anxiety in rodents. It increased the anti-anxiety molecule brain-derived neurotrophic factor (BDNF), which is lower in rodents with PTSD. Beta-alanine may reduce anxiety by maintaining a normal concentration of this molecule [36, 37, 38].

However, a similar rodent study did not show behavioral improvement [7].

Keep in mind that the safety profile and potential adverse effects of beta-alanine taken as a supplement have been insufficiently researched. Therefore, the list of side effects below is not a definite one. You should consult your doctor about other potential side effects based on your health condition and possible drug or supplement interactions.

High doses (> 800 mg) of beta-alanine can cause tingles (paresthesia) or itching. It causes itching by binding and activating MRGPRD, a G-protein-coupled receptor found in the skin’s sensory neurons [39].

Other side effects have not been well researched [22].

However, some users report flushing/hot flashes.

High beta-alanine levels have been associated with some health risks, although the studies didn’t clearly establish beta-alanine as their cause. Because the studies have only been conducted in animals, there is no evidence that this amino acid will have the same effect in humans.

1) May Cause Oxidative Stress

However, the molecular byproduct of beta-alanine, carnosine, actually functions as an antioxidant that protects against Parkinson’s disease in rats. In rat brains, it inhibits programmed brain cell death, increases antioxidants, and decreases reactive oxygen species (ROS) [42, 31].

Hyper-beta-alaninemia is a rare disease that increases levels of beta-alanine. It causes brain damage, decreased muscle tone, and breathing problems. People with this condition should not take beta-alanine [8].

3) May Contribute to GABA-Transaminase Deficiency

The conditions we discuss below have been associated with low beta-alanine levels, but the studies haven’t established it as their cause. Work with your doctor to discover what underlying condition might be causing low levels of this amino acid and to develop an appropriate plan to improve your health.

May Contribute to Chronic Fatigue Syndrome

During chronic fatigue syndrome, the body releases beta-alanine into the urine [44].

Additionally, higher beta-alanine levels in the urine were linked with [44]:

Interactions with Other Supplements

In a 4-week study of 37 athletes, combined supplements improved performance, perceived exertion, and the total amount of exercise work done [47].

However, the recommended dose for a beta-alanine supplement is too low to cause taurine depletion [48].

For example, a study of 13 men found that 10 weeks of beta-alanine supplementation did not decrease taurine levels [49].

Sources of beta-alanine include [51]:

Because beta-alanine supplements are not approved by the FDA for any conditions, there is no official dose. Users and supplement manufacturers have established unofficial doses based on their experience.

The International Society of Sports Nutrition (ISSN) recommends 4 to 6 grams/day for at least 4 weeks. They divide the doses or use sustained-release supplements to reduce tingling [52].

A higher dose of 12 g/day (sustained-release) is also safe and effective [53].

Importantly, in a survey of 167 rugby and 303 football players who used beta-alanine, most of them did not follow supplement recommendations, which may potentially be unsafe [54].

L-alanine is the most common form of alpha-alanine, a nonessential amino acid found in the body. Beta-alanine and L-alanine have the same molecular formula (C3H7NO2). L-alanine helps break down sugar and acid and is a source of energy in the body. It also supports the immune system and protein formation [55, 56].

Overall, although beta-alanine supplementation seems to have some positive effect on high-intensity, anaerobic exercise, it may have little impact on aerobic exercise performance [13].

Gender, age, diet, and physical composition may influence beta-alanine’s effect on performance. Groups most likely to benefit from beta-alanine include [41]:

There is limited information on how beta-alanine impacts long-term training. Furthermore, the only confirmed side effect is tingling. Additional research should focus on identifying any other side-effects [13].

Also, some health effects are only seen in animal or cell studies. Take caution when using beta-alanine for its purported health benefits.

Do not take beta-alanine supplements if you have hyper-beta-alaninemia or GABA-transaminase deficiency.

The opinions expressed in this section are solely those of beta-alanine users who may or may not have medical or scientific training. Their reviews do not represent the opinions of SelfHacked. SelfHacked does not endorse any specific product, service, or treatment.

A man reported that beta-alanine delayed muscle fatigue and improved his routine. He used it every day and experienced tingling and stomach issues.

A woman said that beta-alanine benefited her middle-aged husband, who was an active military. A low dose was sufficient to reduce his fatigue.