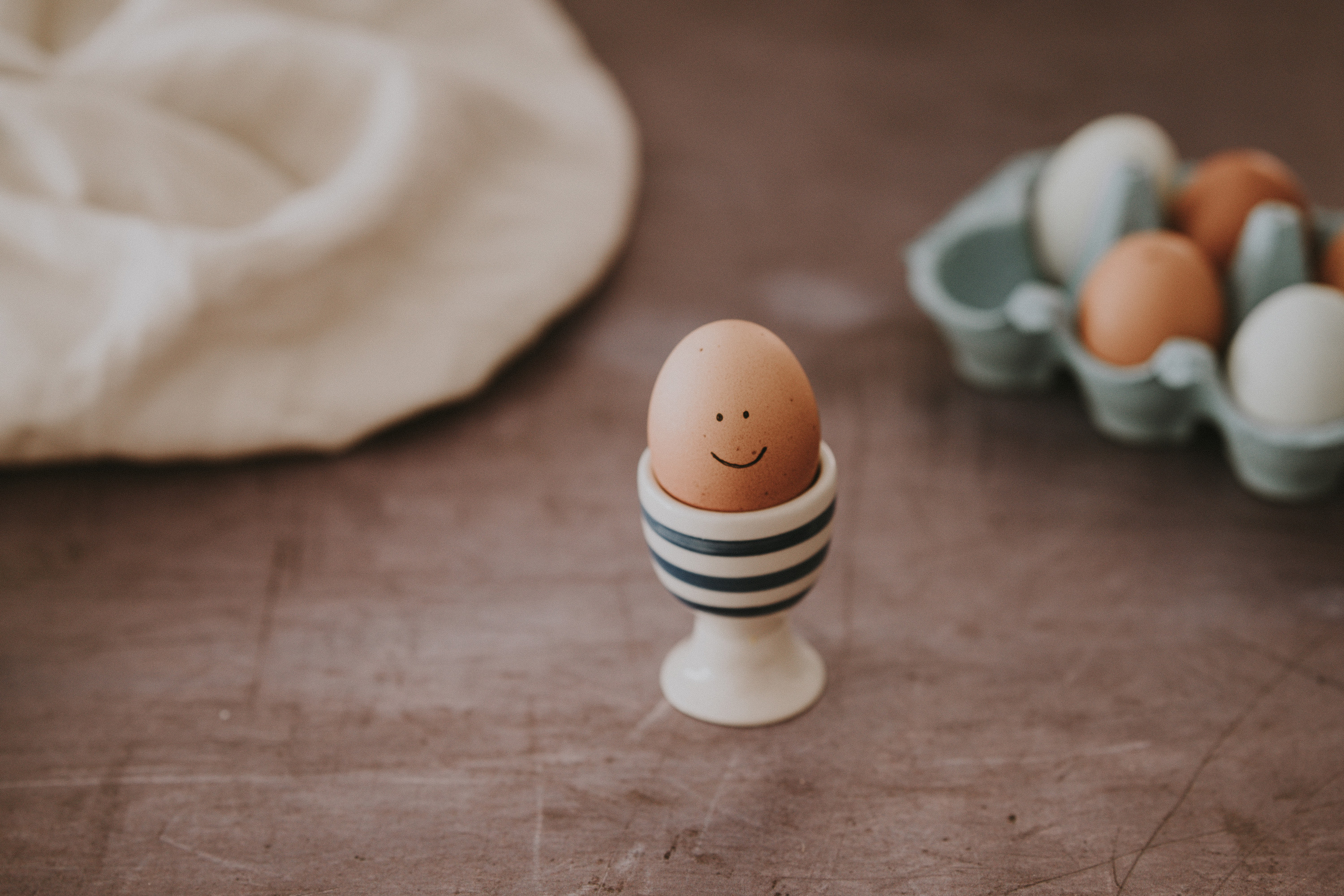 When it comes to human health, histidine is an essential amino acid that wears many hats. As a protein building block and a precursor for important biochemical products, it is involved in protecting the skin against UV radiation and reducing inflammation and oxidative stress. Read on to learn more about the importance of maintaining healthy levels.

Histidine is an essential amino acid. A long-term study demonstrated that adults who consume a diet deficient in histidine over long periods of time may experience negative health effects such as reduced hemoglobin (the protein that carries oxygen in red blood cells) levels [2, 3, 4].

Histidine is produced by the liver in small quantities. Hence, it must be consumed in the diet to maintain necessary histidine levels in the body. Here, it is converted into a number of important substances such as histamine and carnosine [5, 6, 7].

Histidine is required for the growth and repair of tissues, red blood cell production, and protecting tissues from damage from radiation and heavy metals. It is especially necessary for the formation of myelin sheaths, which are layers surrounding nerves that enables faster transmission of signals to the brain [1, 8].

In both human and animal studies, histidine functioned in maintaining normal levels of hemoglobin, the protein responsible for delivering oxygen from the lungs to the tissues of the body [9, 3].

Urocanic acid, produced through histidine, is a major absorber of ultraviolet (UV) radiation. This protects skin cells from damage [10, 1].

Additionally, it is converted to histamine, a messenger molecule involved in immunity, digestion, and sexual function [7, 1].

It is also a major component (along with β-alanine) of carnosine, an important antioxidant that slows the progression of multiple degenerative diseases and reduces plaque buildup in the arteries. It may also help improve muscle performance for high-intensity exercise [5, 6].

The following purported benefits are only supported by limited, low-quality clinical studies and some animal and cell-based research. There is insufficient evidence to support the use of histidine supplements for any of the below-listed uses until larger, more robust clinical trials are conducted. Remember to speak with a doctor before taking histidine supplements. They should never be used as a replacement for approved medical therapies.

Mutations resulting in increased histidine levels were associated with lower incidence of coronary heart disease in an observational study on over 1,100 African Americans [21].

The histidine derivative carnosine improved exercise performance and quality of life in a clinical trial on 50 people with congestive heart failure [22].

In diabetic mice, supplementation with carnosine reduced blood fat levels and plaque build-up in the arteries [24].

Dietary histidine was associated with lower blood pressure, especially at higher doses, in a study on 92 people with heart disease [25].

Another study on over 400 women found an association between low histidine levels and oxidative stress. Additionally, obese women had worse antioxidant status, possibly due to their abnormal histidine and arginine metabolism [29].

In 2 studies on over 500 women, histidine supplementation led to reduced inflammation by blocking the production of inflammatory cytokines [29, 28].

In a clinical trial on 20 people with chronic fatigue and sleep disturbances, supplementation with histidine for 2 weeks improved attention, memory, and clarity of thinking while reducing fatigue [32].

In another trial on 25 Gulf War I veterans, carnosine treatment improved cognitive function [33].

However, histidine was ineffective as an appetite suppressant in an old clinical trial [38].

Histidine is a precursor of urocanic acid, a substance that builds up in human skin cells and absorbs UV radiation. By doing so, urocanic acid acts as a “natural sunscreen” that may protect DNA from sunlight [10].

In a clinical trial on 24 people with eczema, supplementation with histidine for 4 weeks significantly reduced disease severity and 39% of patients reported feeling “much better” [39].

In a clinical trial on 18 people with increased formation of blood clots (spontaneous platelet aggregation), supplementation with histidine for a week prevented blood clots. The effects were probably mediated by the action of arachidonic acid metabolites [42].

Eye drops with N-acetylcarnosine, a dipeptide composed of histidine and beta-alanine, are often advertised to improve cataracts without the need for surgery. However, a meta-analysis failed to find sufficient evidence to back this claim [43].

Histidine supplementation prevented the development of cataracts in salmons [44].

No clinical evidence supports the use of histidine supplements for any of the conditions listed in this section. Below is a summary of the existing animal and cell-based research, which should guide further investigational efforts. However, the studies should not be interpreted as supportive of any health benefit.

Wilson’s disease is a rare genetic disease that causes excessive copper buildup in the organs, particularly the liver. In a study in rats, a diet containing excess histidine flushed the excess of liver copper out with urine [45, 46].

In rats, histidine injections reduced the severity of seizures. The authors believed that the effect was due to the role of histidine as a precursor to histamine, a seizure inhibitor [47, 48].

Very few clinical trials, many of them on small populations, have been carried out. Larger, more robust clinical trials are needed to confirm the potential health benefits of histidine supplementation for most conditions.

Additionally, several studies combined histidine with other substances, making the specific contribution of histidine to the effects observed difficult to estimate.

The symptoms we discuss here are commonly associated with histidine deficiency, but are insufficient for a diagnosis. Work with your doctor to discover what underlying condition might be causing your low levels of this amino acid and to develop an appropriate plan to improve your health.

Since histidine is an essential amino acid, its deficiency may cause several detrimental effects. The main symptoms include dry or scaly skin lesions, anemia, poor hearing, and general feelings of unwellness [49, 50, 51].

In a study on 325 people with chronic kidney disease, low blood levels of histidine were associated with inflammation, oxidative stress, and increased mortality[52].

Four healthy adults consumed a histidine-free diet for 48 days and their hemoglobin and other protein levels were monitored. An 11% decrease in hemoglobin levels, possibly leading to anemia, was observed overtime with histidine depletion [53].

In a study on 18 people with wounds, 16 had significantly lower histidine levels. A deficiency in histidine may weaken the skin, leading to larger wounds [55].

A deficiency of histidine in the diet of mice caused anxiety-like behavior, possibly due to the low histamine levels in their brains [56].

High amounts of histidine in the body may result in unwanted side effects. Excess histidine consumption (> 32g/day) has been reported to cause headaches, weakness, fatigue, nausea, anorexia, depression, and memory failure [57].

In a study on 11 people diagnosed with schizophrenia, the blood histidine levels were above the average. Although this is not necessarily a side effect, chronically high histidine levels (leading to high histamine levels) may have detrimental effects on the brain [58].

There are a number of foods that contain high amounts of histidine and may help supplement low histidine levels. They include protein-based foods such as eggs, beef, chicken, pork, and fish. Additional histidine-rich foods include soybeans, beans, wheat, maize, quinoa, and rice [60].

The World Health Organization (WHO) estimated that the recommended intake of histidine is 8-12 mg/kg per day in adults [61].

Does L-Citrulline Have Health Benefits?