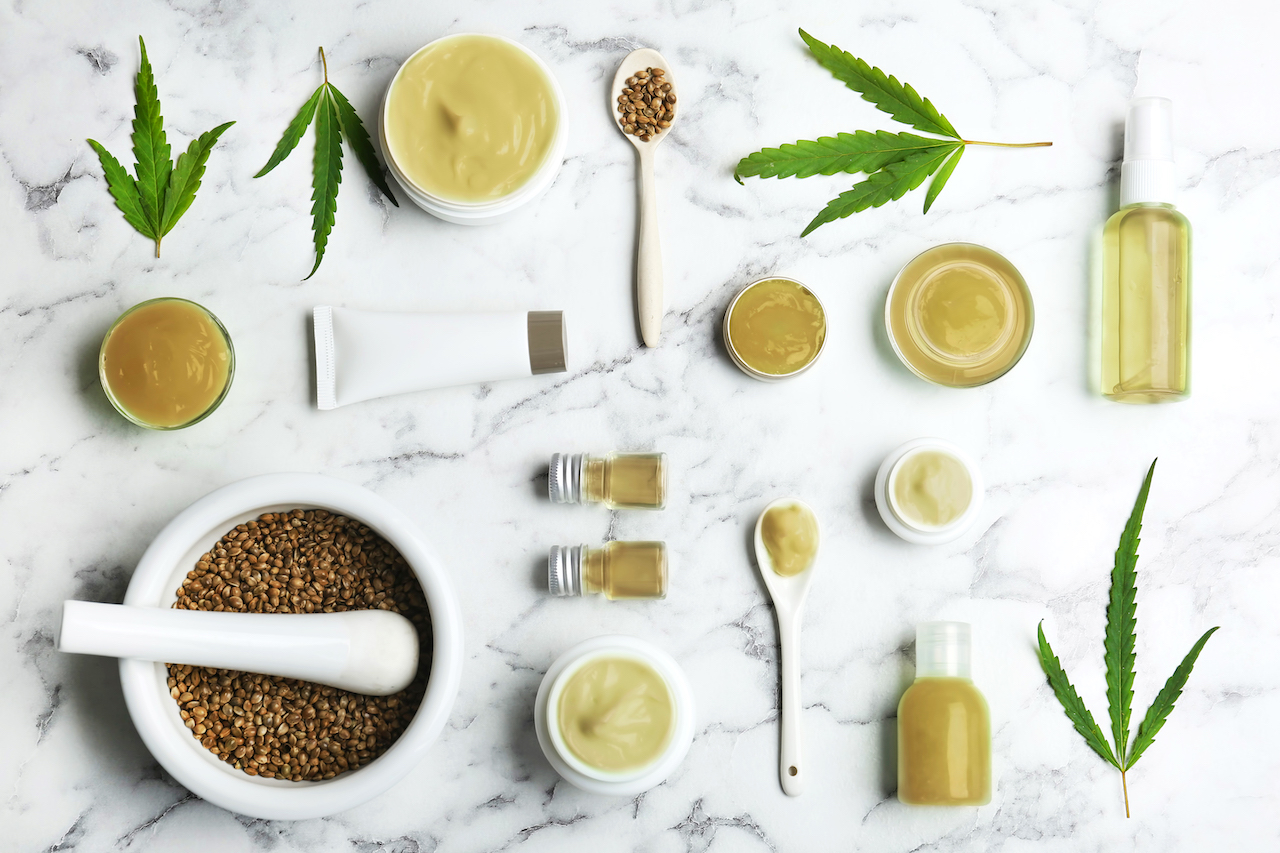 If you’re thinking about trying CBD oil but aren’t sure if it’s worth it, we’ve got you covered. This post compiles hundreds of user reviews to distill the most valuable information. We review the effectiveness, adverse effects, and other practical aspects of different products on the market. Read on.

Disclaimer: This post only summarizes the reviews of users, who may or may not have medical or scientific training. We cannot attest to the accuracy and trustworthiness of the compiled reviews, which do not represent the opinions of SelfHacked. We recommend choosing CBD oil based on scientific evidence, preferably under medical guidance. Remember to discuss this with your physician before trying any CBD oil.

According to the Mayo Clinic, the only approved use of CBD oil comes in the form of prescription anti-seizure medication and further research needs to be done to decipher its benefits in other conditions. But that has not stopped many people from using it for a myriad of conditions.

In fact, more and more people are using CBD oil for conditions such as chronic pain, anxiety, sleep disorders, and depression.

In addition to learning, if there is any scientific validity to its supposed benefits, an important part of the research is getting to know the first-hand experiences of other users. While personal experiences don’t translate into efficacy, these experiences might provide some warning on potential side effects you should be aware of.

The main questions you should ask before choosing a specific brand usually revolve around the following:

Navigating CBD oil reviews can feel like going through a pitch-black maze, especially if you’re a first-time user. That’s why we decided to review hundreds of user experiences and compile the answers to all the important questions in one post. Remember, we encourage everyone to discuss with their physician before taking any supplements, let alone something like CBD oil which is a relatively new product on the market and has not had years of clinical research to back up its supposed benefits to health.

What Do People Use CBD Oil for?

The effectiveness and health benefits of CBD oil varied depending on the health conditions people used it for. We summarized user experiences for the main CBD oil uses below. Remember that these are just user experiences and your results vary. That is why it is very important to discuss CBD oil with your physician.

According to users, CBD oil greatly reduced the frequency, duration, and severity of the seizures. What’s more, they reported fewer adverse effects than with conventional anti-seizure drugs.

CBD oil users generally claimed it helped them with seizures. According to many of them, it has few side effects.

Although not approved by the FDA, most people used CBD oil to relieve chronic pain.

They suffered from conditions such as arthritis, multiple sclerosis, fibromyalgia, surgical pain, migraines, and back pain. Some reported that the oil reduced pain and improved their quality of life.

In some cases, they reported added benefits such as helping them relax, lifting their mood, and improving their sleep quality. One person even claimed that she lost a few pounds from using it.

People with multiple sclerosis also reported reduced involuntary muscle contractions and tremors from taking CBD oil. In some cases, they claimed that the oil improved mobility and helped them walk without the aid of a device.

Those with arthritis reported that the oil relieved joint pain, stiffness, and inflammation. They felt increased arm and leg mobility, which allowed them to cut down on painkillers.

Approximately one-third of people with chronic pain used CBD to substitute opioid painkillers or lower their dose. They generally found CBD effective and didn’t experience the adverse effects and harsh withdrawal syndrome from these drugs.

A lot of people taking CBD oil suffered from severe anxiety, including social phobia, panic disorder, OCD, ADHD, and PTSD. In other cases, anxiety resulted from painful conditions such as fibromyalgia, IBD, and back pain.

In general, they were happy with the results and reported that the oil quickly made them feel more relaxed without getting them high.

Some people with anxiety say CBD oil relaxes them quickly while also improving their sleep.

Some users took CBD oil to improve insomnia or sleep issues that were a result of their anxiety and chronic pain.

Most say a single dose before going to bed helped them fall asleep faster and sleep through the night without feeling groggy or tired in the morning.

Few people took CBD oil for depression. Many, however, reported mood improvement as an added benefit to its effects on anxiety and pain. The oil supposedly helped them feel more joyful and optimistic.

Although most CBD oil users were satisfied, some of them were left disappointed. They either didn’t feel anything or experienced side effects. This section compiles the main complaints.

By far, the most common complaint among dissatisfied users was that the oil didn’t work for them.

In some cases, the reason might’ve been an insufficient dose. For instance, a user who vaped CBD oil felt that the dose per puff was too low and only felt some relief after repeated use. Another person with back and neck pain admitted not using CBD consistently.

Some complaints might be due to not using CBD oil properly. One user who took it for insomnia at 9 AM (instead of doing so before going to bed) complained about feeling drowsy two hours later but not at night.

A few users could have developed tolerance, since the oil stopped working after several weeks.

A person who took CBD for schizophrenia recommended low doses only when needed to avoid developing tolerance. Another person said he switched brands because he didn’t feel anything from the oil he was taking.

But for some users who even took the CBD oil properly, they said they didn’t get any benefits from the product.

CBD oil didn’t work for some people. For some, this may be because they were using a low dose or taking the oil at the wrong time of the day. For others, they did not think it benefited them.

The most common side effects, regardless of the condition, were dry mouth, nausea, digestive issues, drowsiness, fatigue, and disorientation.

Some effects were specific to the condition or delivery form.

A woman taking CBD oil for anxiety reported having nightmares that caused her to wake up in panic attacks. In turn, another woman using CBD oil balm for arthritis developed a rash.

The risk of adverse effects increased at high doses. A user reported that a moderate CBD dose helped with her depression but not with chronic pain. When she doubled the dose, it still didn’t improve her pain and worsened her depression.

CBD oil may also interact with prescription drugs. A man taking it for depression noticed that the oil increased his anxiety when he combined it with Xanax.

Users reported some CBD oil side effects, more frequently at high doses. Some even reported adverse interactions with their prescription medication.

Finally, many users complained about practical aspects unrelated to health, such as the brand and delivery form.

Most people complained about the high price of CBD oil.

However, satisfied users normally concluded that paying a bit more was worth it, since the more expensive oils were usually more effective, such as CBD oil from 4 Corners Cannabis. There were, however, some exceptions such as CBDistillery and Lazarus Natural Products. These brands offered high-quality oils at relatively low prices.

Some users experienced issues with the packaging: leaking bottles, droppers without marks to adjust the dose, and difficult-to-open containers.

Several users of forms taken by mouth (including oil tinctures, vapes, and gummies) couldn’t stand the taste. In the case of topical forms, some users complained about their smell, greasy texture, and poor absorption through the skin. One user reported that the oil stained his clothes and wouldn’t come off.

Make sure to get CBD oil from a reputable brand. Many people complain about poor product quality, packaging, and customer service.

CBD oil is considered experimental and more research is warranted before deciding on its effectiveness. Speak with your doctor before trying it out.

People say CBD oil relieves pain, anxiety, and seizures. Using it before sleep helped many users get a good night’s sleep. A handful of people also say it helps with depression and gut problems.

Some people claim CBD oil doesn’t work for them. In some cases, though, they admit using low doses or not taking the oil often enough. Others were taking CBD oil the wrong way, such as using it in the morning (instead of before bed) to improve sleep.

Where you buy the oil from also matters. Many people complain about poor product quality, bad customer support, and packaging issues.

Experts are saying to avoid anything that causes inflammation during this Coronavirus pandemic, but some people have genes that make them more likely to experience inflammation. Check out SelfDecode’s Inflammation DNA Wellness Report for genetic-based diet, lifestyle and supplement tips that can help reduce inflammation levels. The recommendations are personalized based on YOUR DNA.