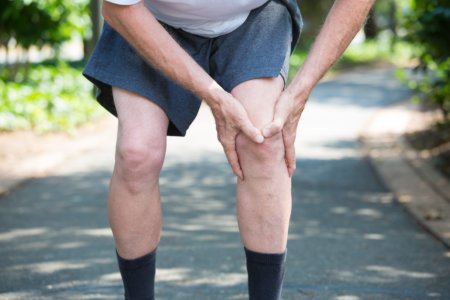 Cat’s claw is a medicinal herb traditionally used to stimulate the immune system. Research has shown it may boost immune function, reduce inflammation, and even help with chemotherapy. Read on to discover the potential health benefits and adverse effects associated with this herb.

What Is Cat’s Claw?

Cat’s claw (Uncaria tomentosa) is a medicinal plant that grows in the Amazonian rainforest and other tropical areas in Central and South America. The use of the herb dates back to the Inca civilization. Indigenous cultures of South America used cat’s claw for inflammation, cancer, viral infections, ulcers, and to stimulate the immune system [1, 2].

It gets its name from its thorns, which resemble the claws of cats.

Cat’s claw can refer to Uncaria tomentosa and Uncaria guianensis. Most commercial preparations such as teas, tablets, and capsules contain U. tomentosa [3, 4, 2].

TOAs cancel out the effects of POAs. Therefore it is important when purchasing and consuming cat’s claw extracts to be sure that they have been tested for TOA and POA levels [5].

Cat’s claw’s anti-inflammatory effects have been commonly used to treat both rheumatoid arthritis and osteoarthritis [29].

In another trial of 45 people with knee osteoarthritis, one week of cat’s claw reduced pain associated with activity. In another trial on 95 people, a dietary supplement with 300 mg cat’s claw and 1500 mg maca improved joint pain, stiffness, and function as effectively as the more common supplement glucosamine sulfate [31].

The different compounds in cat’s claw supposedly act together to achieve these effects [29].

Mitraphylline blocks the release of inflammatory molecules such as IL-1, IL-4, and IL-17, and TNF-alpha [35].

Other pentacyclic oxindole alkaloids cause the release of a currently unidentified immune regulating factors that may reduce arthritic joint pain [36, 30].

Although limited, the existing evidence suggests that cat’s claw may help with the symptoms of both rheumatoid arthritis and osteoarthritis. You may discuss with your doctor if it could be useful as an adjuvant therapy in your case. Never take cat’s claw in place of what your doctor recommends or prescribes for arthritis.

In a study of 31 volunteers with cold sores (herpes labialis), cat’s claw was more effective in reducing symptoms such as swelling, skin reddening, and pain compared to prescription antiviral drug Acyclovir [38].

In a cell-based study, cat’s claw extract prevented the spread of the herpes virus by preventing it from attaching to cells [39].

Although the results are promising, two clinical trials and some animal and cell-based research cannot be considered sufficient evidence to support the use of cat’s claw for viral infections. Further clinical research is needed.

In a study of 40 breast cancer patients undergoing chemotherapy, 300 mg cat’s claw extract prevented a decrease in white blood cells (neutropenia) and repaired DNA damage. However, the same dose was ineffective in another trial on 43 people with colorectal cancer [42, 43].

In a clinical trial on 51 people with advanced cancer, cat’s claw reduced fatigue and improved quality of life [1].

Cat’s claw also stimulates the growth of progenitor cells in mice, which can replace damaged cells and reduce the damaging effects of chemotherapy [45].

Cat’s claw can cleanse the digestive tract and is claimed to help treat inflammatory gut disorders including [46]:

In a clinical trial on 50 people with gum inflammation, a gel with cat’s claw was as effective as an antifungal (miconazole) at reducing the counts of infectious yeasts [47].

While only a small trial investigated cat’s claw for gum inflammation, its effects on inflammation of the digestive system have only been tested in animals. Further clinical research is required to confirm these preliminary findings.

Cat’s claw may enhance the immune system by increasing the levels of key immune cells (T helper and B cells) and the activity of granulocytes [50, 51, 52, 53].

In a small trial on 23 healthy volunteers, a cat’s claw extract enhanced the immune effects of a vaccine against pneumococcal infections. The extract increased the relative abundance of immune cells (lymphocytes) and prolonged the antibody titer response of the vaccine [54].

Again, only a small clinical trial and some animal and cell-based research have investigated this potential benefit of cat’s claw. More clinical trials on larger populations are warranted.

Two different traditional Chinese medicines with cat’s claw and other herbs (Jiangzhuo Qinggan and Qian Yang He Ji) lowered blood pressure in clinical trials on almost 300 people. However, another remedy combining cat’s claw and potato orchid (Gastrodia) was ineffective and used as the negative control in another trial on 79 people [55, 56, 57].

Cat’s claw contains a compound called hirsutine that reduces blood pressure. It acts as a calcium channel blocker in the heart and blood vessels, which slows down the heart rate and relaxes the blood vessels [4, 13, 58].

No clinical evidence supports the use of cat’s claw for any of the conditions listed in this section. Below is a summary of the existing animal and cell-based research, which should guide further investigational efforts. However, the studies should not be interpreted as supportive of any health benefit.

Cat’s claw has been traditionally used to treat diabetes [59].

Its extract reduced blood sugar levels and inflammation and prevented diabetes in mice whose insulin-releasing cells (beta-cells) were damaged [60].

Procyanidins and other polyphenols in cat’s claw scavenged and remove oxidative radicals in cell-based studies [64].

Side Effects and Precautions, Limitations & Dosage

Cat’s claw is generally considered safe. The main side effects reported in clinical trials were usually mild and included [42, 65]:

Pregnant women should avoid using cat’s claw because of the herb’s potential to cause abortion [2].

Because cat’s claw seems to enhance the immune response by increasing the activity of immune cells, this supplement may increase the symptoms of autoimmune disorders. People with autoimmune conditions should be especially cautious with cat’s claw and never take it without discussing it with their doctors [66].

Cat’s claw decreased molecules that activate clotting (IL-1α, 1β, 4, 17, and TNF-α). People with blood clotting disorders or on blood thinners should avoid cat’s claw to reduce the risk of bleeding and bruising [35, 41].

When cat’s claw was used in combination with some HIV treatments like protease inhibitors (atazanavir, ritonavir, and saquinavir), it increased their toxicity [67].

Few high-quality clinical trials with cat’s claw have been conducted in humans. More studies are needed to confirm its health benefits.

Cat’s claw was sometimes tested as part of multi-herbal complexes, making its specific contribution to the effects observed difficult to estimate.

Because cat’s claw is not approved by the FDA for any conditions, there is no official dose. Users and supplement manufacturers have established unofficial doses based on trial and error. Discuss with your doctor if cat’s claw may be useful in your case and which dose you should take.

The opinions expressed in this section are solely those of cat’s claw users, who may or may not have medical or scientific training. Their reviews do not represent the opinions of SelfHacked. SelfHacked does not endorse any specific product, service, or treatment.

A doctor claimed using cat’s claw on 150 patients during the last 4 years and obtaining better results than with any other available products.

One user noted that cat’s claw increased the severity of their headache and fatigue, which they linked to a die-off effect.