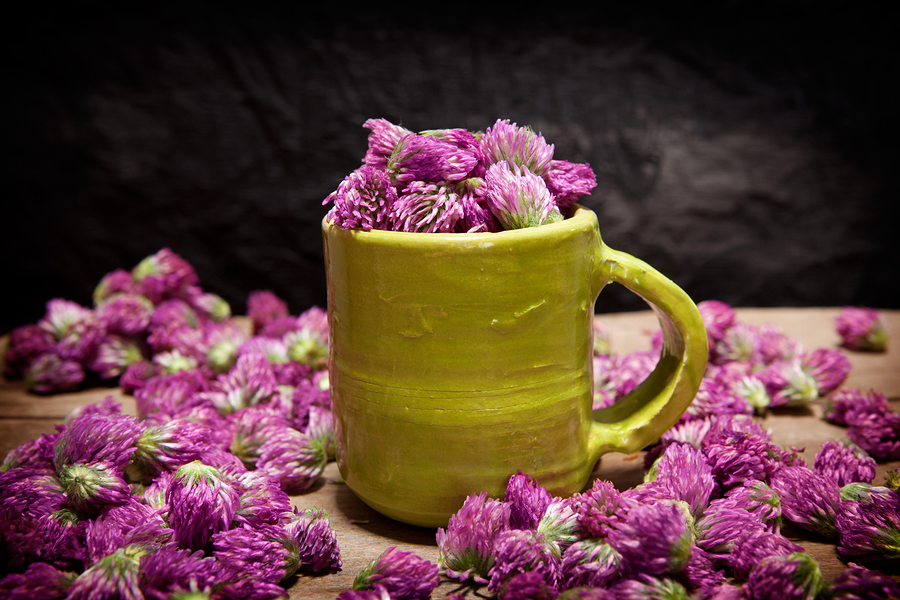 Red clover is a source of estrogen-like plant compounds and antioxidants. Supplement manufacturers claim it helps with menopause, diabetes, and hair growth. However, scientific evidence paints a different picture. Read more to learn whether red clover has health benefits and if it’s safe to use.

What is Red Clover?

Red Clover (Trifolium pratense) is a flowering plant. The blossoms, leaves, and stems are traditionally used [1].

The isoflavones in red clover are similar to estrogen and red clover is often used as a source of bioidentical hormones [2].

Most of the existing red clover studies were in post-menopausal women. This plant is said to help with menopausal symptoms, hair loss, and skin problems [2].

However, red clover has not been clearly shown to be helpful for any health condition.

Additionally, red clover supplements have not been approved by the FDA for medical use. Supplements generally lack solid clinical research. Regulations set manufacturing standards for them but don’t guarantee that they’re safe or effective. Speak with your doctor before supplementing.

Red clover is a flowering plant that contains isoflavones, compounds that mimic estrogen activity in the body.

What do we know?

According to the National Center for Complementary and Alternative Medicine, studies of red clover in people haven’t provided clear evidence of any beneficial effects [3].

Most research suggests that red clover does not relieve menopause symptoms such as hot flashes [3].

Ongoing research is focused on identifying active components in red clover and their possible interactions with medications.

Other isoflavones have also been identified (26 in the flowers, 25 in the roots, and 31 in the leaves and stems). The leaves have the highest concentration of formononetin and biochanin A [4].

Other Isoflavones and Polyphenols

Environmental factors, such as UV light, ozone, and pathogens can change polyphenol concentration in the plant [6].

Red clover harvested in the summer has higher phenolic concentration compared to autumn-harvested. Additionally, pot-grown roots have a significantly higher amount of phenolics than field-grown plants [6].

Researchers have identified an array of isoflavones in red clover, mostly concentrated in the leaves.

Isoflavones mimic estrogen in the body, which is why they are being researched in women experiencing symptoms of menopause [4].

At higher concentrations, red clover isoflavones may also bind to Estrogen Receptor α (ERα). However, they bind to ERβ more [8].

The estrogen-like activity of red clover depends on the isoflavone concentration [8].

Genistein may protect against oxidative damage from UV radiation both in mice and cell-based studies [12].

In mice, genistein stimulated internal antioxidants in the skin and small intestine [12].

According to one theory, isoflavones in red clover improve menopausal symptoms by enhancing estrogen activity and antioxidant defense, but this hasn’t been proven.

However, later trials show that this herb probably doesn’t improve bone health. Red clover supplements do not affect bone mineral density in menopausal and postmenopausal women, according to a large analysis of clinical trials [14].

There is insufficient evidence to support the use of red clover for any of the below-listed uses. Remember to speak with a doctor before taking red clover supplements. Red clover should never be used as a replacement for approved medical therapies.

Proponents state that red clover can reduce symptoms of menopause, but there is insufficient evidence to back up these claims.

Limited studies suggest that red clover may have the following effects in menopausal women:

These findings remain to be confirmed in large-scale trials.

Insufficient evidence supports the use of red clover for male-pattern hair loss.

The combination reduced inflammation and stimulated protein production near the hair follicle leading to an increase in hair growth and hair density [19].

In menopausal women, red clover isoflavone supplementation had potentially beneficial effects on the heart by:

However, purified red clover isoflavones did not improve cholesterol status or insulin resistance — both of which are risk factors for heart disease–in another trial of healthy premenopausal women [22].

No other studies have been carried out.

Red clover has not been shown to treat or prevent cancer.

Limited research looked at associations between cancer risk and isoflavone consumption. No health-related conclusion can be drawn from their findings. Additionally, no large-scale studies looked at red clover specifically.

Compared to American men, Asian men who consume a diet with high amounts of isoflavones have lower risks of prostate cancer [24].

In one study, the prostate tissues of men who consumed 160 mg/day of red clover-derived isoflavones showed less signs of progression (and higher levels of apoptosis) [24].

However, this study looked at prostate cancer tissue after surgery. Though men included in this study took red-clover-derived supplements prior to surgery, their health and overall symptoms were not assessed

No proper clinical trials have been done and the effects of red clover on cancer in humans are still unknown.

No valid clinical evidence supports the use of red clover for any of the conditions listed in this section.

Scientists are investigating if red clover isoflavones can activate opioid receptors and inhibit COX enzymes in rats, which may help relieve pain [27, 1].

In cell-based studies, red clover extract stopped the growth of and killed the bacteria Clostridium sticklandii. The isoflavones in red clover may have synergistic effects. The effects of red clover on infections in humans are unknown [28].

Although red clover is widely used, few clinical studies are available. More human trials are needed before any conclusions can be reached.

No serious side effects have been reported in studies that evaluated red clover for various health conditions for up to a year.

Other possible side effects reported across the scientific literature included:

Given its similarity to estrogen and lack of safety data, red clover may not be safe for women who are pregnant or breastfeeding, for children, or for women who have breast cancer or other hormone-sensitive cancers [2, 3].

The phytoestrogen/isoflavone concentration in red clover can potentially cause problems with reproduction and fertility. Since phytoestrogens are similar in structure to estradiol, they may interfere with normal estrogen fluctuations that affect fertility [29].

Studies in sheep and cows showed that red clover feeding reduced fertility. However, no human studies are available [29].

Red clover should be avoided if you are pregnant, breastfeeding, or trying to concieve. Its safety in children is also unknown.

The following drugs may interact with red clover:

Red clover interacts with the CYP450 gene, which produces the protein that breaks down drugs [30].

Red clover supplements contain compounds that can cause blood thinning and prevent blood clots formation. It might interact with blood thinners, like NSAIDs, and increase the risk of bleeding [31].

In one case study, the combination of red clover supplements and methotrexate (a drug that treats cancer and rheumatoid arthritis) caused methotrexate toxicity. The patient experienced severe toxicity and chest and stomach pain [32].

Cytochrome (CYP) 450 encodes a group of enzymes that are involved in drug metabolism (breakdown of drugs into active substances in the body). Red clover can reduce the decrease of CYP450 enzymes [30].

The isoflavone biochanin A (from red clover) inhibits CYP19 enzyme activity and cellular production of the enzyme. CYP19 is an enzyme responsible for a step in the formation of estrogen [33].

Red clover inhibits the liver enzymes CYP1A1, CYP1B1, and CYP2C9. This may increase the blood levels of drugs that are metabolized via these pathways [2].

In rats, red clover increased the activity of two CYP enzymes, CYP2C13 and CYP3A2. CYP3A2 is similar to the human CYP3A4. Activation of this enzyme speeds up drug elimination, which decreases the length and intensity of the drug’s effects [30].

The appropriate dose of red clover depends on factors such as a person’s age, health, and other conditions.

Currently, there is insufficient scientific information to determine an appropriate range of doses for red clover.

The typical dose of red clover in clinical trials was 40 mg [35].

Different red clover supplements also vary widely in their effects. Each product has a different isoflavone concentration, which affects their activity and effectiveness in the human body [36].

Red clover is a flowering plant rich in isoflavones, compounds that mimic estrogen activity in the body.

Although women commonly take it to reduce menopausal symptoms, no proper evidence supports this use. Early studies point to red clover’s potential to improve mood, hot flushes, and blood fats in menopausal women. More evidence is needed to rate its effectiveness and safety.

Importantly, red clover can interact with many medications. It’s also not safe to use in children, breastfeeding or pregnant women, and people trying to conceive. Remember to talk to your healthcare provider before supplementing.

10 Health Benefits of Lavender + Side Effects