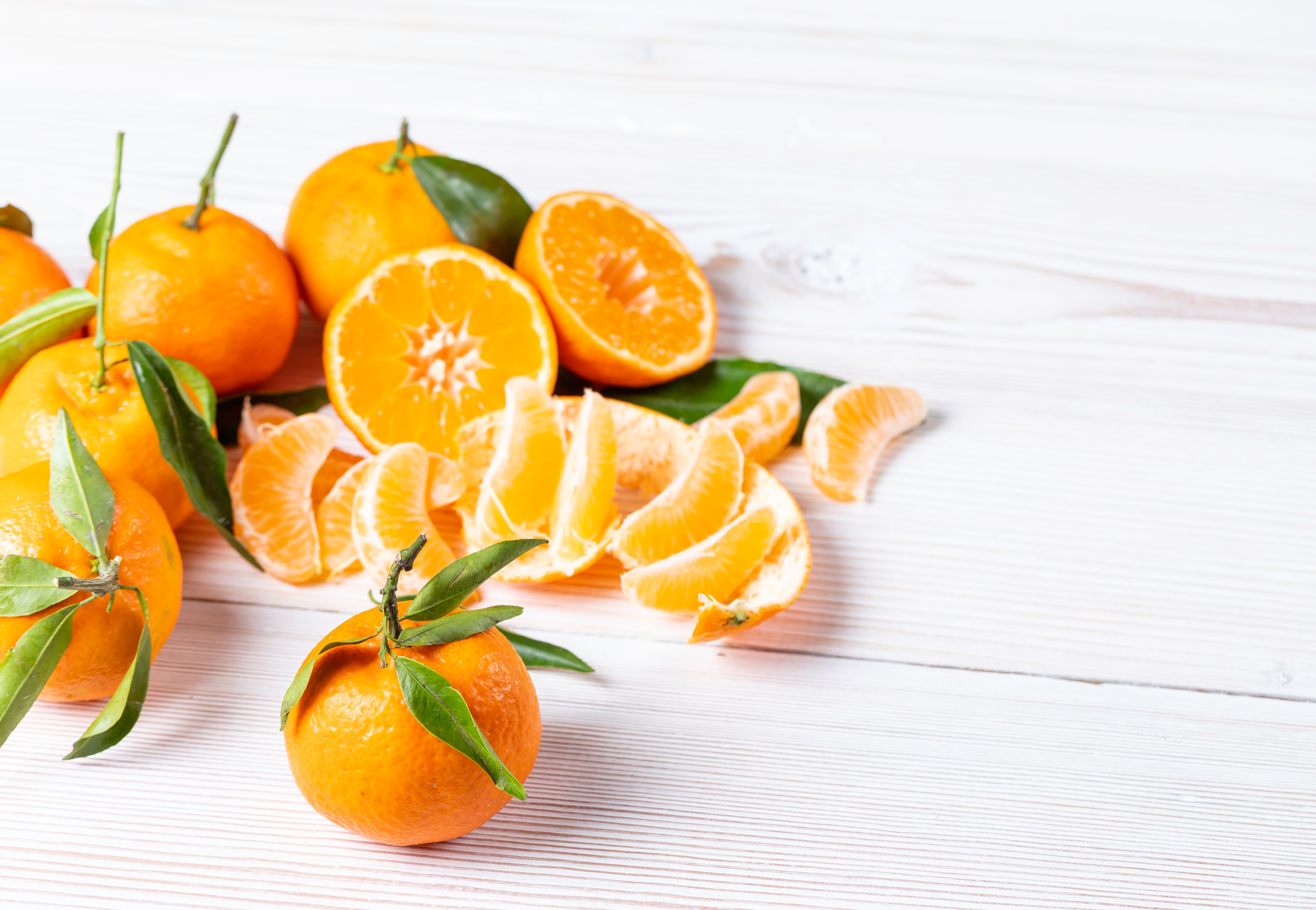 Liposomal vitamin C is a new formulation designed to increase bioavailability compared to traditional tablets. How is it meant to work? Read about the mechanisms and early clinical results here.

What is Liposomal Vitamin C?

Vitamin C (ascorbic acid) is crucial for health, although the human body cannot make its own and must obtain it from diet or supplements. Many people take vitamin C supplements as part of a strategy to improve collagen production, immunity, antioxidants, and general wellness [1, 2, 3, 4].

One of the problems with supplemental vitamin C is that very little of what is ingested is absorbed into the bloodstream. With higher doses, the majority of vitamin C stays in the gut and is eventually eliminated [5].

Liposomal vitamin C is a recent development that contains the same active ingredient as regular vitamin C supplements, but with a specially designed delivery system [5]. Liposomes are small spherical particles with an outer layer made of fats similar to those in our cell membrane (phospholipids in the labeled “bilayer membrane” on the image).

The inside of each small sphere (“inner aqueous compartment” in the image) is protected by this bilayer and filled with water and vitamin C. According to the product’s proponents, this may allow liposomal vitamin C to fuse directly with cells in the gut, thereby allowing the vitamin C to be absorbed more quickly and effectively [6].

Liposomal vitamin C is designed to have better bioavailability, which means that more of the consumed vitamin C should be taken up into the body, the bloodstream, and ultimately tissue. Some liposomal drugs have been found to be absorbed significantly better than their conventional counterparts, though this new technology is not without drawbacks [7].

In one study of 11 adults, the bioavailability of conventional and liposomal vitamin C was almost twice that of conventional tablets, but less than intravenous injection [7].

The majority of liposomal vitamin C products have 3 components:

All these ingredients are recognized by the United States Food and Drug Administration as safe and non-toxic. The exact composition may vary between manufacturers, but most contain only these ingredients. If you choose to use liposomal vitamin C, make sure to read the label and check for any surprises [7].

New liposomes are being developed with other natural compounds, such as medium-chain fatty acids (MCFAs). MCFAs may grant liposomal vitamin C a longer half-life [8].

Conventional vitamin C tablets and powders, on the other hand, can contain numerous additional ingredients that help during the tablet-making process, such as fillers (hypromellose), lubricants (magnesium stearate), flavors, stabilizers, and silica. These are widely considered safe in the quantities used in supplement manufacturing, but many people choose to avoid them.

Liposomal vitamin C absorbed in the gut when taken orally or through the skin if applied as a cream or ointment. Once absorbed, it is broken down in cells and converted into hydroxyproline, which is used by the body to make collagen and connective tissue [1, 9, 10].

Vitamin C also acts as an antioxidant in human cells by neutralizing harmful oxidative compounds. It reduces oxidative stress, supports metabolism and nutrient absorption, and assists in the production of neurotransmitters [1, 11].

Vitamin C is more specifically involved in breaking down tyrosine and carbohydrates, making folic acid, building lipids and proteins, energy production, immunity, and fighting off infections. Check out our article about the overall benefits of vitamin C here, or see the full list of binding targets here.

1) Complications of Stroke and Heart Attack

Stroke, heart attack, and other serious health complications can arise when the supply of oxygen is blocked. After the initial shock and damage of a stroke or heart attack, doctors will try to revive the tissue with new blood (reperfusion). However, the abrupt flow of new oxygen can further damage the injured tissues, termed “ischemia-reperfusion injury” [12].

In one study, 11 middle-aged, overweight participants (with high baseline oxidative stress) underwent a simulation of reperfusion injury on their arm. Liposomal vitamin C was nearly as effective as the gold standard, IV administration, in preventing tissue damage [7].

In another study on this type of injury in rats, liposomes with both vitamin C and E prevented damage in brain tissue [14].

Liposomal vitamin C has very little clinical evidence (compared to intravenous vitamin C) to back up its use in ischemia-reperfusion injury so far. Given the positive initial findings, further studies are likely to be conducted.

Do not attempt to administer intravenous vitamin C to either yourself or someone else. If you suspect that you or a loved one is having a heart attack or stroke, seek medical attention immediately.

Melasma is a common skin disease that causes dark pigments to build up and form brown patches, usually on the face. Vitamin C is available in creams or washes for people with melasma. It is sometimes delivered using a technique called iontophoresis, where a painless full-face mask conducts a small electrical current to help transport vitamin C across the skin barrier [15].

In a study of 35 mostly female patients (only including one man) with melasma, liposomal vitamin C full-face masks (iontophoresis) improved skin pigmentation by 73% over 2 months. The patients also avoided sun exposure and used mandelic/malic acid skincare products; the specific role of the vitamin C is therefore unclear [15].

In a study of 14 women with melasma (SB), liposomal vitamin C iontophoresis proved to be both safe and effective. In this study, vitamin C was delivered in nanosomes, which are an especially small form of liposome [16].

According to one study, pectin coatings may also increase the amount of vitamin C that the skin absorbs from liposomes [17].

Ultraviolet (UV) radiation damage is caused when harmful, reactive oxygen species, are formed in the skin tissue. Excessive UV exposure can lead to many skin conditions, including melanoma and other skin cancers. Vitamin C, due to its antioxidant properties, can reduce and prevent the damage when applied to the skin [18, 19].

In animals exposed to long-term UV damage, a combination of antioxidants (vitamin C, vitamin A, and vitamin E) packed into tiny liposomes (nanosomes) protected against skin damage. It also reduced skin cancer markers and may be beneficial for cancer prevention [20].

Visceral leishmaniasis (VL) is a severe, potentially fatal tropical disease caused by parasites. In infected mice, liposomes containing a combination of vitamin C and a conventional drug (antimonial) were effective at killing the parasites. The drug is needed to kill the parasite, but Vitamin C appeared to reduce its toxic side effects [22].

High doses of vitamin C are used to combat cancer in combination with traditional chemotherapy. Vitamin C lacks evidence to be used as the sole cancer treatment, according to a meta-analysis of over 30 human trials. However, the authors concluded that it has a good safety profile and may improve the quality of life of cancer patients [23].

Liposomal vitamin C, due to its high bioavailability, may be a viable alternative to IV administration. Compared to IV, liposomes are significantly less unpleasant for patients [23, 24].

Not everyone absorbs nutrients and vitamins from food at the same rate. Essentially, a study describing benefits in certain individuals may not apply to others.

Individual differences are hard to account for in studies examining vitamin benefits. It’s also still not commonplace to measure the exact antioxidant and vitamin content of different foods. Most studies concluded that vitamin- and antioxidant-rich foods are more beneficial than vitamin supplements. However, more research is needed to understand the differences [25].

Vitamin C levels reach a plateau effect with oral vitamin C. This means that past a certain dosage, the vitamin levels cannot further increase. The main benefit of liposomal vitamin C over traditional tablets is faster and better absorption. But even oral liposomes may only be taken in by the body up to a certain dose. Further studies are needed to determine what the maximal dose is [26].

The relationship between vitamin C intake and breast cancer risk is controversial. Vitamin C supplement use was associated with an increased rate of breast cancer in postmenopausal women who already had vitamin C rich diets, according to a large survey (between 1995 and 2008) [28].

Increased breast cancer risk may be related to excessive intake of vitamin C, so some practitioners recommend that women limit vitamin C intake to normal dietary levels. The NIH recommends that adult women get 75 mg of vitamin C per day, increasing to 85 mg during pregnancy and 120 mg during lactation [29].

This is not necessarily an exhaustive list of potential interactions with liposomal vitamin C. Talk to your doctor to avoid unexpected interactions and adverse events.

Vitamin C reduced the number of amphetamines (dextroamphetamine, benzphetamine, etc.) in rats. Those who use amphetamines for ADD/ADHD and related disorders should be wary of this interaction, as it may reduce the effects of their medications [30].

Vitamin C levels in the blood and its health effects are reduced in combination with copper. Copper also reverses the DNA-protective effect of vitamin C. This is because vitamin C, as an antioxidant, neutralizes metal ions [31, 1].

Vitamin C can increase estrogen hormones (Estradiol, Estrone, Hexestrol, etc.). Users of estrogens (including birth control pills) should be mindful of this interaction. In one study, vitamin C stimulated estradiol production in cells. Clinical studies are lacking, though [32].

The gene responsible for absorbing vitamin C in the intestine (SVCT), has two copies in healthy individuals. In one study, mice without this gene absorbed much less vitamin C from their diet. Liposomal vitamin C, however, may bypass this transport protein [1].

The National Institute of Health recommends a vitamin C dosage of 90 mg/day in adult men and 75mg/day in adult women with an upper limit of 2,000 mg/day. These values account for both dietary and supplemental vitamin C. Most liposomal vitamin C formulas contain 100 – 300 mg of vitamin C per dose [29].

While high doses of vitamin C may be needed in some diseases and health conditions, most healthy individuals receive sufficient vitamin C from dietary sources (mainly fruits and vegetables) alone. Liposomal vitamin C, due to its high absorption, is more suited to treating specific maladies rather than for daily supplementation [33].

The best dietary sources of vitamin C include peppers, citrus fruits, and cruciferous vegetables like broccoli [29].