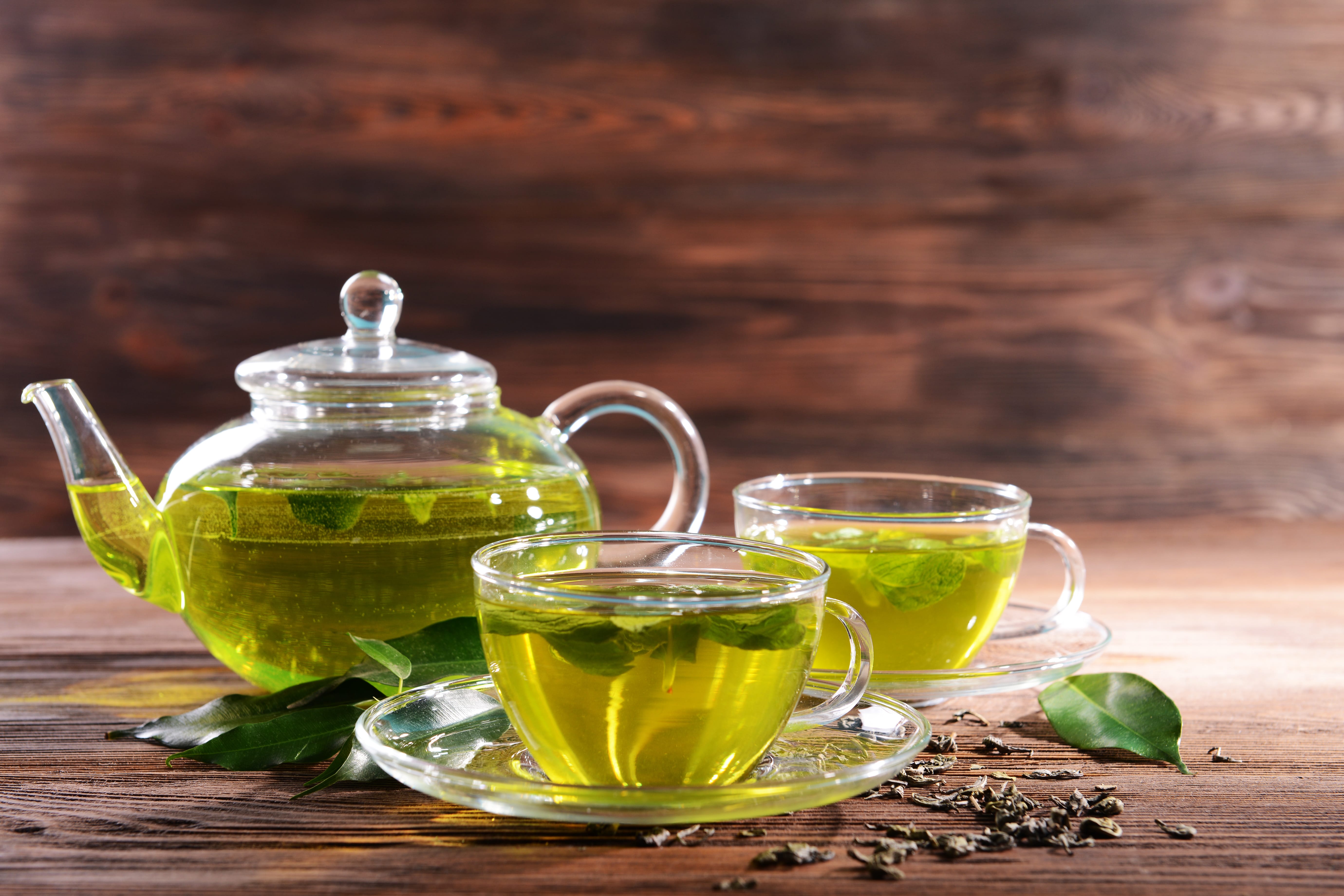 Did you know that the only real tea comes from the tea (Camellia Sinensis) plant? Based on the production process, there are 5 main types of tea, and they all vary in taste and active components. Although caffeine is undoubtedly the most popular, many other tea components have antioxidant and health-promoting effects. Read on to learn the main types of tea, how they are produced, what makes them unique.

While many types of herbal infusions are referred to as teas, true tea is a beverage made exclusively from the leaves or flowers of the Camellia Sinensis plant, a shrub native to Asia. It is one of the most popular drinks in the world, trailing only water in its consumption.

Indeed, in many countries and cultures around the world, tea is the main beverage consumed at social gatherings and some cultures including Japanese and Chinese have created ceremonies around the drink.

Most people are familiar with the green and black types of tea, but the ubiquitous beverage can also be consumed in white, Oolong or fermented forms such as Pu’er. Each of these different types of tea has unique molecular profiles and therefore may differ in their biological effects. Of the various forms, green tea is the most studied for its health benefits.

While there is no universally accepted definition of white tea, it generally refers to a type of tea made from immature leaves covered in white hairs, that are neither rolled nor oxidized during processing.

Rolling is the process by which tea leaves are wrapped around themselves, causing the sap and essential oils in the tea to released. Oxidation is a chemical reaction used during the processing of black and Oolong teas that both increases and decreases levels of certain polyphenols [1].

Green tea is the most studied type of tea. It is made from mature leaves that are wilted (dried to reduce water content) and then heated (usually steamed) to inactivate the enzymes responsible for oxidation reactions. The green is indicative of the concentrations of the plant pigment chlorophyll, which is normally completely broken down in black and Oolong teas, giving them their characteristic dark colors [2].

The most popular form of tea, black tea is an extraction made from tea leaves that have been oxidized to the point where there is very little chlorophyll left, changing levels of certain polyphenols, such as tannins and catechins [3].

Oolong is made by drying tea leaves out in sun to wither and oxidize them (though not to the extent of black tea), bruising the leaves, and then baking or roasting them to create a unique flavor [3].

Named after a city in the Yunnan province in China, Pu’Er tea is a type of tea that has been fermented by bacteria and oxidized after being dry roasted and wilted.

The fermentation process usually takes between 45 to 60 days and is carried out by a combination of bacterial and fungal species. Although some strains of the mold do produce a toxin known as ochratoxin, research has found that the specific strain used to make Pu-er does not have the genetic sequence to produce ochratoxin [4].

One eight-ounce serving of tea contains between 14 – 61 mg of caffeine, and there is no clear association between the type of tea and amount of caffeine [5].

Caffeine has been well-documented in its ability to enhance aerobic athletic performance. It also has the ability to increase lipolysis, which is the breakdown of stored fat into free fatty acids that can be used for energy [6, 7].

Caffeine may also improve memory and reaction time. However, anxiety and other unpleasant side effects been noted with higher doses [8, 9].

Catechins are a type of polyphenol that is found in tea, with epigallocatechin-3-gallate accounting for more than 50% (by mass) of the catechins present in green tea [10].

Research has found that EGCG increases both the production and activity of key antioxidants such as glutathione peroxidase, superoxide dismutase, and catalase [11].

EGCG has also been shown to protect the brain and prevent cognitive impairment in mice models of Alzheimer’s [12, 13].

L-theanine has anti-anxiety effects and may increase mental alertness [14].

When combined with caffeine, L-theanine has been shown to counteract its negative effects and have synergistic effects in increasing focus, decreasing reaction time, and improving working memory [17, 18].

8 Hawthorn Benefits + How to Use to Lower Blood Pressure