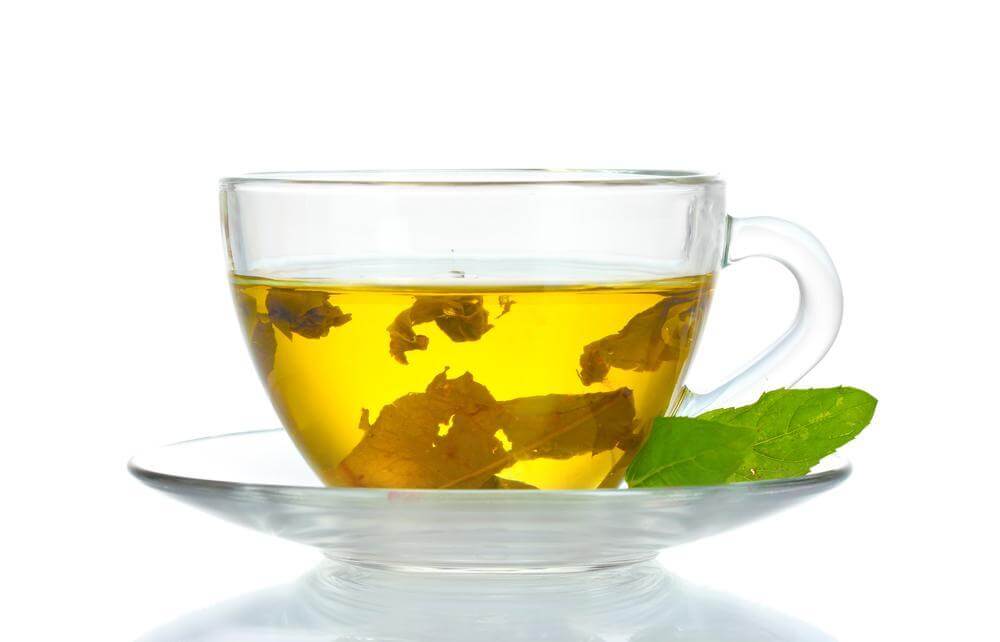 L-theanine is an amino acid commonly found in tea. Together with caffeine, it may produce a distinct cognitive enhancement profile without the jitters or other side effects. In addition, L-theanine has many other potential health benefits. Read this post to learn more about the health benefits of theanine.

L-theanine is an amino acid mostly found in tea leaves and fungi and used to help improve mood and lower stress, and to protect the brain and heart [1, 2].

How Does L-Theanine Work?

L-theanine is able to cross the blood-brain barrier and affect the brain directly. In the brain, it may target brain chemicals that regulate arousal, anxiety, pleasure, and attention [5].

L-theanine increases brain serotonin and dopamine levels, which may improve memory and learning. It also increases the levels and effectiveness of GABA, the body’s main inhibitory neurotransmitter, and stimulates alpha brain wave activity, which may cause mental relaxation, concentration, and deep REM sleep [6, 7, 8, 9, 10, 11].

Given its similarity with the neurotransmitter glutamate, L-theanine may exert its neuroprotective effects by interfering with its function [6].

There are several L-theanine supplements commercially available, especially to curb anxiety, improve cognitive function, and boost immunity. However, the FDA hasn’t approved them for any conditions due to the lack of solid clinical research. Regulations set manufacturing standards for them but don’t guarantee that they’re safe or effective. Speak with your doctor before supplementing with L-theanine.

In a clinical trial on 46 people with minor brain damage, a combination of L-theanine and green tea extract improved memory during a mental exercise. The combination improved recognition memory, attention span, and alertness during a memory test [15].

L-theanine protected the brain against age-related cognitive decline in 29 elderly people and against brain damage due to aging, stress, and Alzheimer’s disease in animal studies [19, 20, 21, 22, 23].

L-theanine and caffeine are typically found together in tea. L-theanine often enhances the cognitive improvement effects of caffeine while reducing its negative effects (such as increased blood pressure) [24, 25].

This combination also reduced the damage caused by restored blood flow after a stroke (ischemia-reperfusion injury) in rats [30].

Taken together, there is some limited evidence to suggests that L-theanine may improve brain function, especially attention and memory. You may consult with your doctor if it may be helpful in your case.

High cortisol caused by intense exercise shifts the Th1/Th2 balance towards Th2. This increases white blood cells (neutrophils) while decreasing immune cells (lymphocytes), which leads to inflammation and immunosuppression. L-theanine (both alone and combined with L-cystine) reverted these effects in 4 clinical trials on 66 athletes exposed to strenuous exercise [31, 32, 33, 34].

L-theanine, both alone and combined with L-cystine, strengthened the immune system and reduced the incidence of the flu and common cold in 3 clinical trials on 376 people. In another trial on 55 people, the combination improved the efficiency of the flu vaccination. Similarly, the combination increased antibiotic production and prevented the flu in mice [35, 36, 37, 38, 39].

L-theanine boosted the activity of immune T cells, which protect against infections and cancer, in cell-based studies. It also maintained a correct Th1/Th2 balance towards Th1, which enhances resistance to infectious microbes, in rats [40, 41, 42].

Although promising, the evidence is still limited to conclude for certain that L-theanine boosts the immune system. You may take it for this purpose if your doctor considers that it may help.

However, a study on 16 healthy people found that L-theanine was only relaxing under resting conditions, but not during acute stress episodes. In line with this, this amino acid didn’t improve anxiety symptoms in 46 people with a diagnosis of generalized anxiety disorder [47, 48].

Chronic L-theanine, as an add-on to their current medication, reduced anxiety, sleep disorders, and cognitive impairment in a trial on 20 people with major depressive disorder [49].

In 2 clinical trials on 100 patients with schizophrenia, adding L-theanine to their antipsychotic medication reduced anxiety and other symptoms [50, 51].

In rats, L-theanine reduced anxiety, suppressed the stimulatory effects of caffeine, and enhanced the anti-anxiety effects of the sedative midazolam [52, 53, 54].

All in all, L-theanine may reduce anxiety in healthy people challenged with moderate stress or those diagnosed with major depressive disorder or schizophrenia according to the existing evidence. Discuss with your doctor before using L-theanine to improve anxiety and never use it instead of what your doctor recommends or prescribes.

L-theanine may also help with sleep disturbances caused by mental conditions. It improved sleep percentage and efficiency in 2 clinical trials on almost 100 boys with ADHD, 20 people with major depressive disorder, and 17 people with schizophrenia [57, 49, 58].

In mice, a mixture of L-theanine and the neurotransmitter GABA increased sleep duration and quality [59].

Again, limited evidence suggests that L-theanine may help with sleep disturbances, especially in people with anxiety. You may discuss with your doctor if this amino acid may help increase your sleep quality.

As an add-on to conventional medication for schizophrenia, L-theanine improved positive, negative, activation, and anxiety symptoms of this condition in 3 clinical trials on almost 100 people [61, 58, 51].

Because all 3 clinical trials were small, the evidence is insufficient to support the use of L-theanine in people with schizophrenia. Larger, more robust clinical trials are required to confirm these results.

Again, the existing evidence is insufficient to conclude for certain that L-theanine may help prevent heart disease. Further clinical research is needed.

In a clinical trial on 20 people with major depressive disorder, L-theanine as an add-on to conventional medication helped with depressive symptoms, anxiety, sleep disturbances, and cognitive impairments [49].

A small clinical trial and some animal research cannot be considered conclusive evidence that L-theanine helps with depression. More clinical trials on larger populations are required.

The oral administration of L-theanine together with L-cystine reduced the adverse effects of adjuvant chemotherapy in a clinical trial on 70 people with cancer in the stomach and bowels (gastrointestinal cancer) [71].

L-theanine also enhanced the anti-tumor effects of chemotherapeutic medication while protecting healthy tissues from these drugs in animal and cell-based studies [72, 73, 74, 75].

All in all, the evidence is insufficient to determine if L-theanine has any value in adjunctive anticancer therapy. Further clinical research is needed.

No clinical evidence supports the use of L-theanine for any of the conditions listed in this section. Below is a summary of the existing animal and cell-based research, which should guide further investigational efforts. However, the studies listed should not be interpreted as supportive of any health benefit.

The L-theanine in tea has dose-dependent antioxidant effects [76].

In mice, L-theanine, along with other components of green tea, reduced triglyceride and fatty acid levels in the blood, as well as food intake and body weight [86].

In a study in rats, L-theanine reduced the uptake of sugars and fats in the gut [87].

L-theanine healed stomach ulcers caused by an anti-inflammatory drug (indomethacin) in mice at a dose of 10 mg/kg body weight. It reduced oxidative damage and balanced the immune response. However, L-theanine aggravated ulcers at a 4x higher dose [88].

Because L-theanine is not approved by the FDA for any conditions, there is no official dose. Users and supplement manufacturers have established unofficial doses based on trial and error. Remember to consult with your doctor if L-theanine might be helpful in your case and what dose you should take.

For an average weight adult, L-theanine is usually available in pills of 50-200 mg. Some people take up to 600 mg a day.

For children, a smaller dose such as 25-50 mg, depending on their weight, is normally recommended.

L-theanine was generally well tolerated in clinical trials and very few people experienced mild adverse effects such as headache, digestive issues, or sleep disturbances. Additionally, the frequency of these effects was similar in the treatment and placebo groups [35, 36, 48].

Due to the lack of safety data in these conditions, pregnant and breast-feeding women should avoid L-theanine.

Always consult with your doctor before supplementing and let them know about any drugs and supplements that you are taking or considering to avoid interactions.