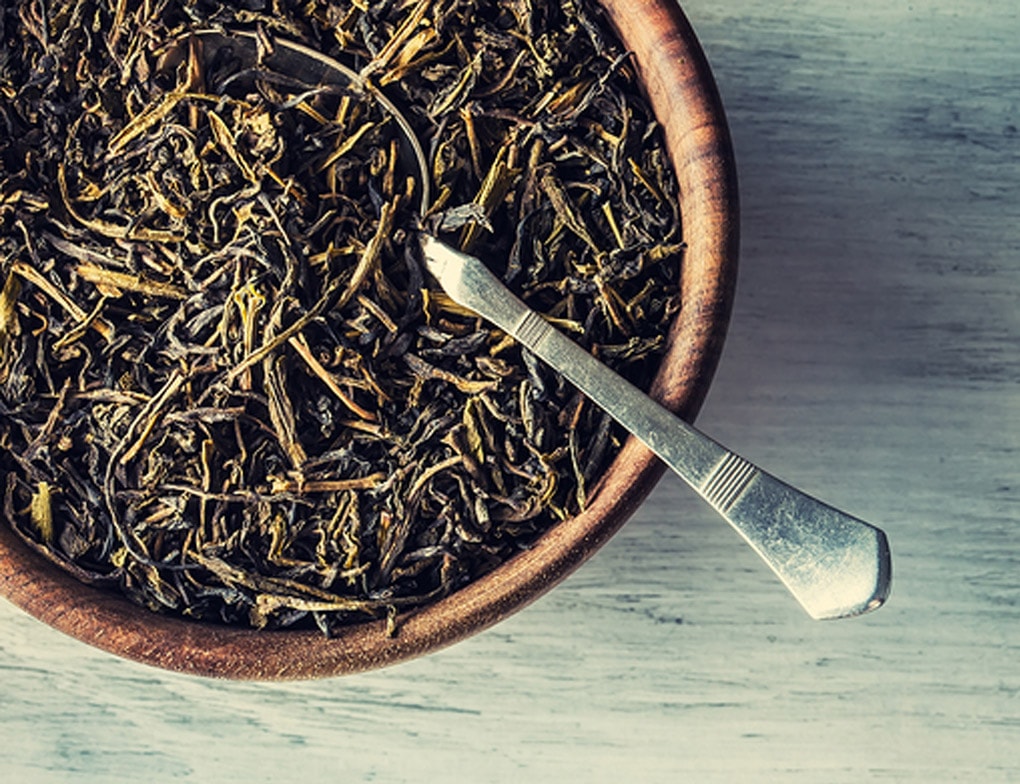 Theacrine is a natural compound related to caffeine. A couple of human studies suggest that theacrine may increase mental clarity, boost energy, and improve mood and motivation. Read on to learn more about this new potential alternative to traditional caffeine.

The cupuacu plant is related to cocoa and grows in the Amazon.

The kucha plant is related to the tea plant and grows only in the wild woods of Yunnan (China) above an altitude of 1,000 meters. It’s used to make Chinese kucha tea. Kucha also contains caffeine and theobromine, and it seems that the plant produces theacrine from caffeine [1].

The chemical structure of theacrine is similar to caffeine, and molecular studies suggest that it activates similar receptors and signaling pathways [2, 3].

Our understanding of how theacrine works comes mainly from animal studies.

Theacrine binds to adenosine receptors (ADORA1, ADORA2A) in mice and rats and appears to have a different effect depending on the dosage:

High doses of theacrine also activate dopamine D1 and D2 receptors in rats (DRD1, DRD2). Activation of these receptors is responsible for motivation and wakefulness [4].

In addition, studies in mice also suggest that theacrine may have anti-inflammatory and antioxidant properties:

What makes theacrine truly unique is how it may differ from caffeine. Theacrine:

Finally, a study in humans suggests that theacrine and caffeine may be more effective when taken together because caffeine increases the bioavailability and positive effects of theacrine [10, 11].

Theacrine is a brain/nervous system stimulant that became popular in sports nutrition as a pre-workout and fat burner supplement. Individuals who have used it report that it provides a long-lasting boost of energy without the negative side effects (anxiety, insomnia, tolerance) associated with caffeine.

However, this is supported only by a couple of small-scale human studies.

A study of 15 healthy humans showed that a single 200 mg dose of theacrine resulted in a subjective increase in energy, focus, concentration, willingness to exercise, motivation to train, and libido [12].

Theacrine significantly enhanced physical activity in rats, and it’s suggested that this effect is mediated by both the adenosine and dopamine systems [4].

While research so far appears promising, larger well-designed studies are needed to confirm that theacrine indeed can boost energy and improve focus and motivation in the general population.

In rats, high doses of theacrine activate dopamine receptors DRD1 and DRD2. In addition, theacrine increases activity in the nucleus accumbens region of the brain, which is associated with pleasure and reward [4].

In a study with 20 healthy humans, a supplement containing both theacrine and caffeine favorably impacted multiple subjective feelings related to energy and mood when compared to either caffeine alone or placebo. It also decreased feelings of lethargy and grogginess [11].

A small trial and one animal study are certainly insufficient to show that theacrine can improve mood. More clinical trials including much larger and more varied groups of people are needed to confirm these preliminary findings.

Theacrine may act akin to polyphenols in tea, which can inhibit the absorption of dietary cholesterol and decrease blood cholesterol levels.

A study in 60 healthy humans has shown that high-dose theacrine supplementation may slightly reduce LDL and total cholesterol levels [14].

No clinical evidence supports the use of theacrine for any of the conditions listed in this section. Below is a summary of the existing animal and cell-based research, which should guide further investigational efforts. However, the studies should not be interpreted as supportive of any health benefit.

In addition, theacrine markedly increased adenosine levels in the brain (hippocampus) of rats, which has sleep-promoting effects [5].

These results (from a rodent model) suggest that theacrine might regulate the adenosine system at lower doses to increase sleep. However, this may or may not apply to humans.

Theacrine reduced inflammation in mice, with a potency comparable to or lesser than the anti-inflammatory drug indomethacin. The pain-relieving properties in that study were dose-dependent [15].

The same study showed that caffeine had no effect on neither inflammation nor pain in mice [15].

Caffeine is known to cause a comedown effect after a couple of hours, which leads to even more fatigue. This ultimately leads to drinking more coffee or taking higher doses, which causes tolerance in the long term.

Research in both animals and humans suggests that theacrine likely doesn’t cause fatigue or tolerance over time. In a placebo-controlled study, theacrine demonstrated non-habituating effects in 60 healthy humans over 8 weeks of daily use at up to 300 mg/day [9].

Also, animal studies suggest that, unlike caffeine, theacrine might not affect blood pressure, cause anxiety, or lead to insomnia. In addition, it may have benefits that caffeine doesn’t, such as decreasing inflammation and relieving pain [8, 5]. However, at this point, we don’t know if these apply to humans.

Because theacrine is not approved by the FDA for any condition, there is no official dose. Users and supplement manufacturers have established unofficial doses based on trial and error. Discuss with your doctor if theacrine may be useful as a complementary approach in your case and which dose you should take.

In animal studies, theacrine appears to have a biphasic dose response, meaning that it acts as a sedative at lower doses and has stimulatory properties at higher doses [5, 4].

Kucha tea, for example, contains low doses and has been used to induce relaxation.

Studies and individuals have used theacrine in dosages that range from 50 to 300 mg/day.

Doses below 50 g may be relaxation-inducing, while higher doses are likely stimulatory.

Up to 300 mg/day theacrine was deemed safe and non-habituating in an 8-week study of 60 healthy humans [9].

Although it is similar in structure to caffeine, at this point, more research is needed to assess the safety of theacrine. Consult with your healthcare provider before taking it as a supplement.

Theacrine is a relatively new compound on the market, and there are only a couple of published scientific studies that focus on it. There is not enough evidence to support a clear benefit over similar purine alkaloids such as caffeine and theobromine.

Theacrine is typically formulated as part of a multi-ingredient supplement and harder to find as a standalone supplement, making it difficult to trace the clinical benefits to one substance.

The opinions expressed in this section are solely those of theacrine users, who may or may not have medical or scientific training. Their reviews do not represent the opinions of SelfHacked. SelfHacked does not endorse any specific product, service, or treatment.

Users report that theacrine has similar if slightly weaker/milder effects compared to caffeine. They also report fewer side effects, such as jitters, and a somewhat longer-lasting effect.