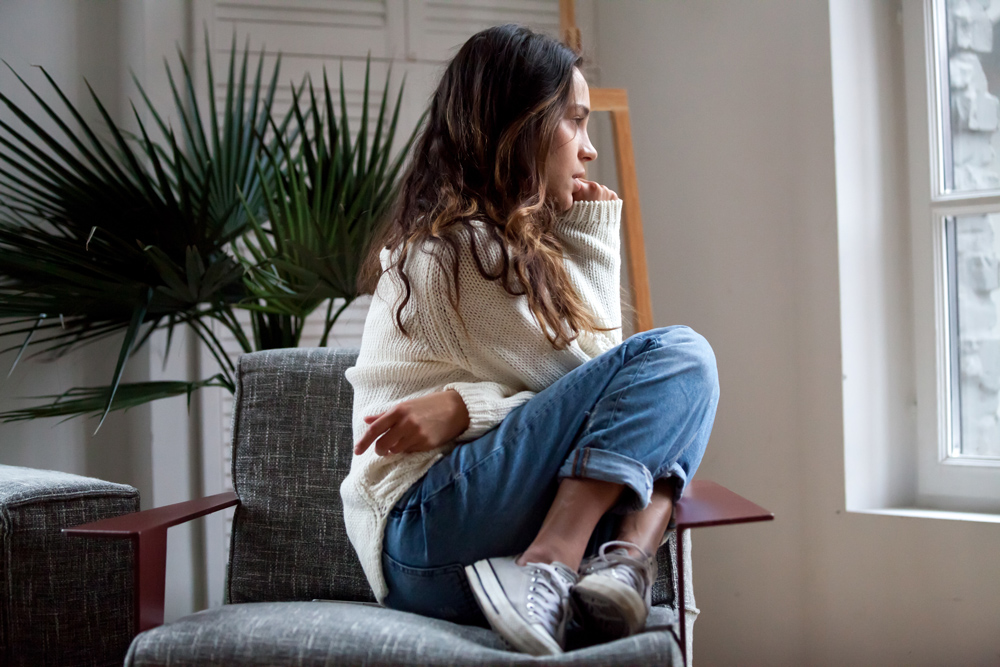 Too much norepinephrine can cause unpleasant symptoms and lead to health complications over time. Read on to learn the possible causes and complications of this dysfunction and what factors restore the balance.

You may have just landed here from one of our previous articles on the function and effects of norepinephrine. If so, then you know that norepinephrine is a catecholamine neurotransmitter involved in the fight or flight response. If not, you may want to brush up on the basics of norepinephrine before you read on.

The list of symptoms below is not necessarily exhaustive, nor do they necessarily indicate high norepinephrine specifically. If you suffer from these symptoms, seek medical attention immediately.

High blood pressure is often the first sign of elevated norepinephrine. However, over time, extreme levels of this neurotransmitter can produce the following symptoms and complications:

Post-traumatic stress disorder, or PTSD, is a mental disorder that develops when a person is exposed to extreme stress. People with PTSD appear to have a hyperactive norepinephrine system; their brains produce a fear response with relatively little prompting. Treatments for PTSD often focus on reducing norepinephrine [7, 8, 9, 10].

Chronic stress—or, stress that is maintained for a long period of time—can cause extensive damage to many parts of the body.

Norepinephrine directs resources away from maintenance, regeneration, and reproduction and toward systems that are required for active movement; as a result, many organ systems don’t have the resources to stay healthy and functional if there’s too much norepinephrine [11].

The consequences can include slowing of growth (in children), sleeplessness, loss of libido, gastrointestinal problems, impaired disease resistance, slower rates of injury healing, anxiety, and increased vulnerability to addiction [11].

Norepinephrine is a stress hormone that helps activate the fight or flight response, so it’s no surprise that it also increases anxiety. Furthermore, these neurons exist primarily in the locus coeruleus, a region of the brain that produces the panic response [12, 13, 14].

When neurons containing norepinephrine fire in the locus coeruleus, they promote anxious behavior in mice and rats. Some researchers have therefore suggested that this mechanism could be exaggerated in people with anxiety disorders [12, 13, 14].

Norepinephrine increases wakefulness, and too much of it is linked with poor sleep quality and insomnia. In fact, at specific points during a healthy sleep cycle, the neurons that produce norepinephrine do not release any of it at all [15, 16].

These norepinephrine neurons are “silent” during REM sleep: periods of rapid eye movement (REM) during which the brain produces dreams. We don’t fully understand the purpose and function of REM, but we know that it’s important for high-quality and restful sleep [16, 17].

Norepinephrine increases the pumping force of the heart mostly via β-1 adrenoreceptors [18, 19].

Treatment with low doses of norepinephrine resulted in an increase in systolic, but not diastolic, blood pressure in rats. Systolic pressure is the high point of blood pressure, taken when the heart is beating; higher systolic pressure can lead to a condition called “isolated systolic hypertension” and, eventually, heart disease [20, 21].

In studies of anxiety and major depression, norepinephrine has been linked to coronary heart disease. High levels of norepinephrine maintain a state of fight or flight, which stresses the heart and dramatically increases the risk of heart failure [22].

When norepinephrine is released, it triggers a process called aerobic glycolysis in the brain, which makes lactate from glucose; in this state, more glucose is required to produce the same amount of energy [23, 24, 25].

Aerobic glycolysis usually happens when oxygen supply in the brain is low. It can also be activated when the brain is very alert and focused, even if the oxygen brain levels are adequate [23, 24, 25].

On the other hand, norepinephrine also decreases insulin sensitivity, which increases the release of glucose into the bloodstream. Thus, high norepinephrine may be dangerous for people with diabetes [26, 23].

Norepinephrine may have different effects on migraines and other types of headaches. For example, norepinephrine levels are several times higher than normal in the blood of people with cluster headaches. In rats, norepinephrine in the protective layer around the brain triggered headache symptoms [27, 28].

Most importantly, work with your doctor to treat any underlying conditions causing your high norepinephrine. You may try the additional strategies listed below if you and your doctor determine that they could be appropriate. None of these strategies should ever be done in place of what your doctor recommends or prescribes.

In a small study of 11 obese men, weight loss decreased supine norepinephrine—that is, the level of norepinephrine when the men were lying down—by over 30%. Norepinephrine levels were also strongly related to the distribution of fat in the men’s bodies; when fat was distributed mostly around the belly, norepinephrine was higher [29].

The authors suggested that losing belly fat may lower norepinephrine. However, this was a very small study, and larger trials will be required to clarify the results [29].

Green tea and its extracts contain a compound called epigallocatechin-3-O-gallate, or EGCG. While green tea contains caffeine, which may increase norepinephrine, the other components of green tea (including EGCG) appeared to counteract this effect, reduce norepinephrine, and lower blood pressure in a small clinical study. EGCG and green tea extract are also available as supplements [30].

Cognitive behavioral therapy, or CBT, is a technique in psychology. The idea behind it is that, after long-term exposure to stress, people cope in unhealthy ways: these are called maladaptive coping mechanisms. A psychologist trained in CBT helps people identify these maladaptive mechanisms and replace them with healthier patterns of thought [31].

People who undergo CBT have significantly lower levels of norepinephrine, an effect which can last months or years. As a result, these same patients have lower anxiety, anger, and perceived stress [32, 33].

Melatonin is sometimes called the sleep hormone; in one study, taking melatonin and then immediately lying down decreased norepinephrine and blood pressure and helped people fall asleep. They did not benefit in this way if they remained standing after taking melatonin [34, 35].

Talk to your doctor before taking melatonin for any reason.

This article is the last one in a three-part series:

Norepinephrine must stay in balance for the brain and body to stay healthy. Too much promotes anxiety, high blood pressure and heart rate, and organ stress; high norepinephrine can also cause disturbed sleep, high blood sugar, and headaches.

High norepinephrine can also be caused by drug withdrawal, chronic kidney disease, or mental disorders like PTSD. Some supplements, lifestyle choices, and psychological interventions have decreased norepinephrine in human studies; talk to your doctor to determine whether any of these might be appropriate.

When catecholamines, including norepinephrine, are too abundant, this may be a sign of an underlying health problem, such as a tumor of the adrenal glands.