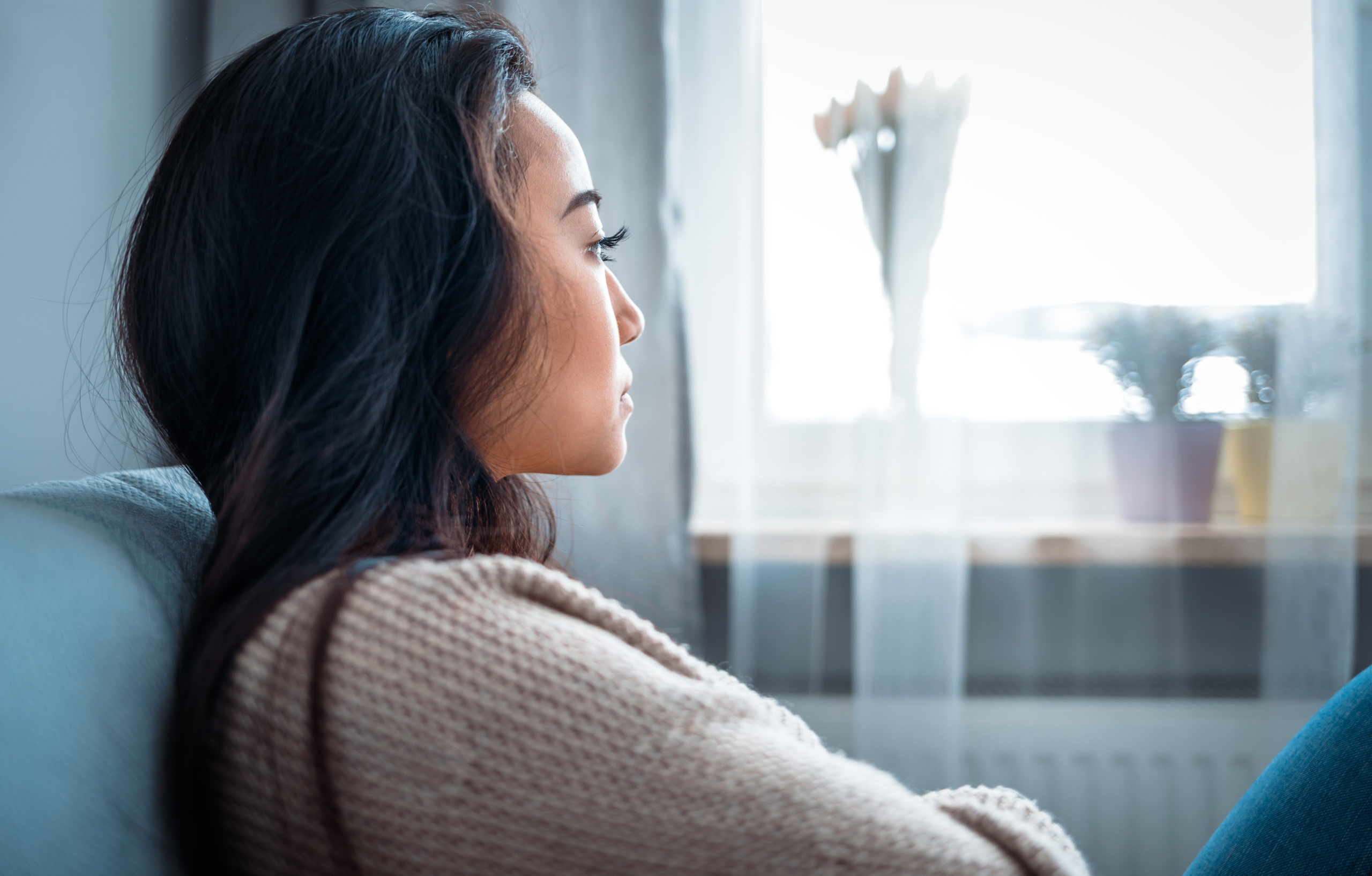 This article is for informational purposes only. None of the information here should be taken as medical advice. If you suspect you may have an anxiety disorder, seek medical help. You may try the complementary approaches listed below if you and your doctor determine that they could be appropriate for you. Discuss the strategies listed here with your doctor.

Different forms of behavioral therapy, such as in-person, internet-based, and self-guided, are a part of standard care for anxiety — consult with a healthcare professional about your options [2, 3].

Research suggests that mindfulness is the only form of meditation that reliably improves anxiety [4].

Applied relaxation techniques can reduce general anxiety, excessive worry, and tension. The improvements may be maintained for up to one year after initial treatment [6, 7, 8].

People who exercise regularly experience lower levels of neuroticism, anxiety, and depression, while lack of regular physical activity has been associated with an increased risk of anxiety [14, 15].

Aerobic exercise may be most effective at reducing anxiety in both healthy people and those diagnosed with disorders such as generalized anxiety, panic disorder, and PTSD [16, 17, 18].

A lower heart rate variability from a normal “baseline” heart rate indicates a dominance of the “fight-or-flight” (sympathetic) nervous system, which is associated with increased stress and many forms of anxiety [19, 20].

A handful of studies have shown that heart rate variability biofeedback training can reduce overall anxiety and perceived stress [21, 22, 23, 24].

Cognitive bias modification is the practice of “re-training” the above biases. Limited research shows it may lower anxious behavior and decrease negative automatic thoughts [26, 27].

A review of 10 clinical trials concluded that massage may reduce anxiety associated with postoperative recovery [28].

Massage seems to reduce anxiety and stress by lowering the levels of hormones that increase heart rate, breathing, and sweating (norepinephrine and ACTH) [30].

In a study of people with generalized anxiety disorder, massage was as effective as thermotherapy or relaxing room therapy in alleviating anxiety [31].

Multiple studies have associated the practice of Tai Chi with improvements in overall well-being, including stress, anxiety, and depression [32, 33, 34].

Anxiety issues appear to follow a strong seasonal pattern, being the symptoms worse in winter compared to any other time of the year [39].

Sunlight exposure may reduce anxiety and depression, possibly by increasing serotonin levels and stimulating the growth and development of new neurons in the brain [40, 41].

Sunlight is the primary source of vitamin D, and the lack of sun exposure is the biggest risk factor for vitamin D deficiency. Most experts suggest you need 15-30 mins of daily sun exposure to produce sufficient vitamin D levels [42, 43].

In a small trial on people with generalized anxiety disorder, those who took supplementary vitamin D as an add-on to conventional medication experienced greater anxiety reduction [44].

In a clinical trial on patients with scleroderma, 20 weekly sessions of dog-assisted therapy reduced anxiety better than standard treatments alone [46].

Preliminary research in humans shows that aromatherapy may help reduce anxiety and tension [47].

The most effective essential oils used in aromatherapy for stress reduction are those of lavender and sweet orange [48, 49, 50, 51, 52].

A review of 10 clinical trials found that both foot and hand reflexology may reduce anxiety in people undergoing heart surgery [53].

According to limited clinical evidence, far-infrared sauna can lower anxiety and improve emotional and psychological status [54, 55].

Art therapy has been mainly investigated in cancer patients. Research suggests it may help improve cancer-related anxiety and depression [56, 57].

Tryptophan deficiency has been associated with anxiety in healthy people [60, 61].

A study of patients with panic disorder associated tryptophan deficiency with increased anxiety and frequency of panic attacks [62].

Dietary tryptophan reduced anxiety in both healthy people and patients with social phobia [63, 64].

Calorie restriction and the resulting weight loss improved anxiety and mood in several trials on aging and overweight people [68, 69, 70].

A calorie-restricted, low-fat diet showed more favorable effects on mood and anxiety than a low carbohydrate diet without calorie restriction in a weight-loss study followed up for one year [71].

Although this is a very recent line of research, some early evidence suggests a connection between gut inflammation and anxiety issues [72, 73, 74].

In a population-based study, 40% of people with food sensitivities who reported psychological issues showed improvement after implementing dietary changes [75].

In a clinical trial of post-menopausal women, fennel slightly improved anxiety and depression [76].

Fennel extract improved PMS symptoms, including anxiety, in another trial [77].

Adopting a lactovegetarian diet (avoiding all animal products but dairy) reduced stress and improved mood in a preliminary clinical trial [80].

Another intervention with a low-fat vegan diet improved anxiety, mood, and work productivity [81].

Kava has been reported to improve anxiety, insomnia, depression, sleep quality, cognitive function, tension, and restlessness better than most other herbal supplements in several clinical trials [82, 83, 84, 85].

Note that kava is banned in Europe, the UK, and Canada due to its potential for abuse and association with liver damage. Therefore, it is best to consult with your doctor before trying out kava – especially if you have any known liver problems [86, 87].

Research in animals suggests that two components of lavender essential oil (linalool and borneol) may reduce anxiety by increasing the activity of the inhibitory neurotransmitter GABA [91, 92, 93].

Ginkgo biloba has been reported to reduce anxiety, depression, and dementia in human and animal studies [94, 95, 96, 97].

Chamomile owes its anti-anxiety effects to the flavonoid apigenin, which is also found (although at lower levels) in celery, cilantro, licorice, Ginkgo biloba, and passion flower [101, 102, 103, 104].

Lemon balm (Melissa officinalis) is traditionally consumed as a tea and has long been claimed to have calming properties [105].

Purple passionflower supplementation has also been found to reduce anxiety from public speaking and surgical procedures [114, 115].

CBD reduced anxiety from stressful situations such as public speaking and medical procedures in several trials on healthy people [116, 117, 118, 119].

Note that CBD oil is derived from cannabis, which is a controlled substance in many countries and states. Therefore, make sure to verify the legality of CBD products where you live before seeking them out.

Some researchers have even suggested that extracts of ashwagandha may be useful in treating anxiety disorders in conventional psychiatric practice [129].

In a clinical trial, a probiotic supplement including Lactobacillus plantarum lowered IBS-related anxiety [135].

The combination of Bifidobacterium longum and Lactobacillus helveticus taken daily for 30 days decreased anxiety, hostility, and levels of the stress-related hormone cortisol in healthy volunteers [137].

5-HTP is a naturally-occurring amino acid believed to curb anxiety by increasing overall serotonin levels in the brain [138].

In a small clinical trial, six weeks of supplementation with 5-HTP decreased anxiety from unreciprocated romanticism [139].

L-theanine is an amino acid found in white, black, and green tea, and has been widely touted for its calming effects [141].

Taken after the performance of mental tasks, L-theanine alleviated symptoms of stress while also lowering heart rate and blood pressure [142, 143].

Low levels of omega-3 fatty acids have been associated with increased levels of social anxiety [145].

Fatty fish (such as mackerel, salmon, sardines, and herrings) is especially rich in omega-3 fatty acids [148].

Research in both humans and animals suggests that black seed may help improve inflammation, blood pressure, and anxiety without notable side effects [150, 151, 152, 153].

Note that Bacopa monnieri supplements should be taken with a meal because many of their components are fat-soluble—that is, they require dietary fats to be successfully absorbed by the body.

Different echinacea preparations reduced anxiety in both humans and rats [158, 159].

Echinacea extract worked best in people with high baseline anxiety levels and its adverse effects were rare and mild [160].

Several studies (both in animals and humans) have found that yohimbine may help fear extinction by increasing norepinephrine levels [166, 167, 168, 169].

Melatonin given prior to a surgical procedure reduced anxiety as effectively as midazolam in multiple studies on both adults and children [178, 179, 180, 181].

Magnolia bark has a long history of use in traditional Chinese medicine. Its active compounds honokiol and magnolol (combined with soy isoflavones and Lactobacillus probiotics in some cases) have been reported to reduce depression and anxiety in human and animal studies [182, 183, 184, 185, 186, 187, 188].

Gotu kola suppressed the startle response (a largely unconscious defensive response to a sudden threat) in a small trial on healthy adults [189].

In a preliminary clinical trial on obese people with anxiety and depression, curcumin supplementation reduced anxiety levels and improved mood [196].

Curcumin was more effective in formulations increasing its ability to cross the blood-brain barrier [197, 198].

In 2 clinical trials, supplementation with L-lysine and L-arginine (~3 grams each) reduced anxiety and modified stress hormone levels in response to stressful situations [201, 202].

Food sources of vitamin C include fruits and vegetables such as citrus fruits, peppers, berries, and broccoli [205].

Valerian (Valeriana officinalis) is a flowering plant historically used in perfumes, and which is often supplemented in the form of tea or an extract of the root.

According to one preliminary study on healthy individuals, valerian supplementation reduced anxiety, stress, and depression [206].

Multi-herbal formulations with hawthorn reduced anxiety in two clinical trials. However, they included other ingredients with anti-anxiety properties that could have contributed to the effects observed [212, 213].

Sceletium tortuosum extract decreased anxiety-related activity in a brain region involved in the processing of emotions (the amygdala) [216].

Preliminary clinical research shows that supplementation with Caralluma fimbriata may improve stress and anxiety in people with generalized anxiety disorder [218].

In a small trial on people with generalized anxiety disorder, those who took supplementary vitamin D as an add-on to conventional medication experienced greater anxiety reduction [44].

In addition to taking supplements, you can increase your blood vitamin D levels through a healthy exposure to sunlight and eating food sources of this vitamin such as fatty fish, liver, egg yolks, and dairy [221].

Anecdotal evidence reports that magnesium supplementation can improve anxiety and anxiety-related disorders when taken with other minerals, vitamins, and herbal extracts [222, 223].

In a clinical trial, magnesium was more effective at reducing stress when combined with vitamin B6 [224].