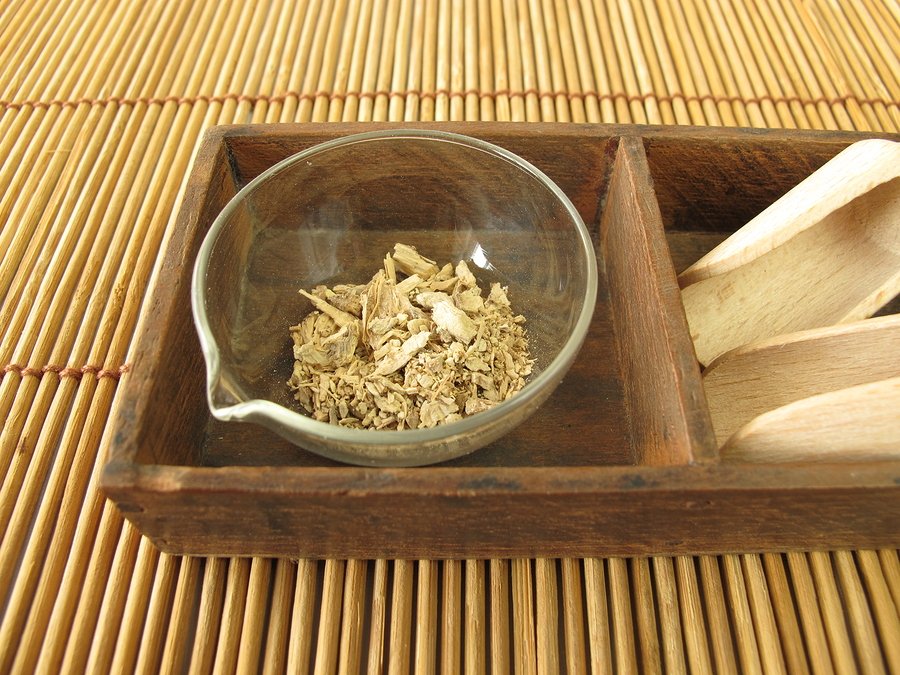 Kava is a plant traditionally used as an intoxicating beverage by the indigenous people of the South Pacific. Kava can also be used to help with anxiety, stress, insomnia, and other disorders. However, high doses of kava may cause liver damage and the plant should not be taken in combination with alcohol or other psychotropic medications. Read on to learn more about the potential health benefits and side effects of kava.

Kava (Piper methysticum) extract is traditionally prepared from a combination of kava root and water and is commonly used as a psychotropic beverage in the South Pacific.

Forms of kava products include [1]:

Importantly, several cases of liver damage and even death from taking kava (possibly due to the presence of the root and stem peelings in the kava product, instead of only the peeled root) have been reported. For this reason and its potential for abuse, kava is banned in Europe, the UK, and Canada [1, 2].

Kavalpyrones and chalcones are the two main active compound classes of kava extract [3, 4]:

Yangonin, kavain, dihydrokavain, methysticin, dihydromethysticin, and kava pyrones increase GABA in the brain (hippocampus, amygdala, and medulla oblongata). When GABA-A receptors are activated, neurons are inhibited, which may have sedative and anti-anxiety effects [6, 7, 8].

In a clinical trial on 129 people with generalized anxiety disorder, kava extract (400 mg) was as effective as two anti-anxiety drugs (opipramol 10 mg and buspirone 100 mg) [12].

All in all, the evidence suggests that kava may help with anxiety. Remember that this supplement is not approved by the FDA for this purpose and is even banned in some countries due to its potential for abuse and risk of liver damage. Discuss with your doctor if it may be helpful in your case and always take it as recommended by them.

Kava’s potentially sedative effects are due to the blocking of sodium and calcium ion channels, increased neurotransmitter binding to GABA-A receptors, inhibition of monoamine oxidase B, and an increase of the neurotransmitters noradrenaline and dopamine [1, 21].

Although promising, the evidence to support the use of kava in sleep disorders is insufficient. More clinical trials on larger populations are needed to confirm these preliminary results.

In a clinical trial on 60 people with generalized anxiety disorder, oral kava extract (250 mg kavalactones per day) reduced both anxiety and depressive symptoms [2].

Its combination with Saint John’s wort improved depression (but not anxiety or quality of life) in a small trial on 28 people with major depressive disorder [2].

Again, the results are promising but only two small clinical trials have been conducted. Further clinical research is required to confirm the potential benefits of kava in people with depression.

All in all, there is insufficient evidence to claim that kava helps with mood symptoms of menopause and perimenopause. Larger, more robust clinical trials are needed to validate these findings.

A single dose of kava extract (300 mg) improved accuracy and performance in attention, visual processing, and working memory tasks in a small trial on 20 people [28].

Kava pyrones are active in parts of the brain (amygdala, caudate nucleus, and hippocampus) that deal with emotions and brain processes. However, chronic usage and higher doses of kava can result in impaired motor function [1].

Because only two, very small clinical trials have been conducted, there is insufficient evidence to support the use of kava as a cognitive enhancer. Further clinical research is needed.

Kava reduced the cravings for addictive drugs in drug-dependent patients in a pilot study [30].

The anti-craving effects of kava are due to dopamine-producing neurons in the reward system of the brain (nucleus accumbens). The kava pyrone desmethoxyyangonin may increase dopamine [31].

A single pilot study (which we couldn’t access for a critical analysis) is clearly insufficient to back the potential benefits of kava in treating drug addiction. More clinical research is required.

No clinical evidence supports the use of kava for any of the conditions listed in this section. Below is a summary of the existing animal and cell-based research, which should guide further investigational efforts. However, the studies should not be interpreted as supportive of any health benefit.

Kava helped treat seizures and epilepsy in rats. Alone and in combination with the antiepileptic drug diazepam, kava reduced motor activity, increased the seizure threshold, and enhanced the anticonvulsant effect of diazepam.

Kava binds to GABA-A receptors in the brain (hippocampus and frontal cortex) and blocks sodium and calcium ion channels in the brain [35].

In cell-based studies, kavain and flavokawains A and B inhibited NF-kB and decreased TNF-alpha, both of which play a central role in inflammation [36, 37].

In mice, flavokawains A and B stimulated white blood cells in the spleen, causing the secretion of cytokines IL-2 and TNF-alpha and increasing the level of immune T cells [38].

Below, we will discuss some preliminary research on kava’s potential anticancer effects. It’s still in the animal and cell stage and further clinical studies have yet to determine if its extract may be useful in cancer therapies.

Do not under any circumstances attempt to replace conventional cancer therapies with kava or any other supplements. If you want to use it as a supportive measure, talk to your doctor to avoid any unexpected interactions.

Flavokawain B reduced prostate tumor growth, in part by reducing androgen receptors in prostate cells, in both mice and cell studies. Flavokawain B also killed tumor cells by activating the pathways that cause cell death (caspases and Bax) [41, 42].

Kava decreased breast cancer cell size, prevented their spreading, and increased their death. Flavokawain A, B, and a flavokawain derivative (FLS) increased the concentration of a protein that activates cell death (Bax) and inhibited two proteins needed for cell growth (PLK1 and FOXM1). Flavokawain A also cut off nutrient supply to tumors by inhibiting blood vessel formation and decreasing the levels of the glucose transporter GLUT1 [43, 44, 45].

Flavokawain B also inhibited the growth of colon cancer cells (through the release of cytochrome c and Bax/Bak protein) [46, 47].

Common side effects of kava consumption include headaches, dizziness, drowsiness, fatigue, depression, mild stomach discomfort, and diarrhea. Heavy and frequent use of kava can cause dry eye and dry scaling skin (dermopathy). These side effects are reversible with reduced intake or cessation [48, 49, 50, 1].

Although kava is generally safe to use, using kava supplements containing stems, leaves, and root peelings can cause liver toxicity and damage. It is recommended to use extracts made from peeled kava rhizomes and roots.

Kava is not recommended as the primary agent for anxiety treatment. Avoid using kava in combination with alcohol to prevent liver damage [1, 7, 51].

Driving and operating heavy machinery is not recommended after consuming kava since kava may impair reaction time and motor skills [1].

Kava can be used recreationally as a psychoactive beverage and has the potential for drug abuse. Drinking kava produces hypnotic, narcotic, and muscle-relaxant effects, which are similar to the effects of alcohol consumption [52].

There have been a few reported cases of kava consumption leading to hepatitis A (a virus transmitted through contaminated water) infection in the liver [53].

Liver toxicity can be caused by an inability to break down kavalactones by cytochrome P450 enzymes CYP3A4 and CYP2D6 [1].

Common drugs that are broken down by CYP450 enzymes include:

Taking these medications in combination with kava could alter the effects of the medication, making it necessary to change the dosage. Always consult your doctor before supplementing with kava, especially if you are on a prescription medication [1].

Because kava is not approved by the FDA for any condition, there is no official dose. Users and supplement manufacturers have established unofficial doses based on trial and error. Discuss with your doctor if kava may be useful as a complementary approach in your case and which dose you should take.

The recommended dose of kava for medicinal use is 6 grams per day in tablet form.

People using it for recreational purposes often take much higher doses, as much as 50-200 g/day of powdered extract [1].

The opinions expressed in this section are solely those of kava users, who may or may not have medical or scientific training. Their reviews do not represent the opinions of SelfHacked. SelfHacked does not endorse any specific product, service, or treatment.

According to most users, kava root extract capsules provided excellent anxiety and stress relief and function well as a sleep aid. However, some people found that the effects were not strong enough to reduce anxiety and stress.

Some users preferred kava instant mix. They reported immediate effects lasting for around an hour. However, many of them warned that its strong taste is not for everyone.

Some users experienced a reverse tolerance after consuming kava or complained that it took too long (up to 3 weeks) until the full effects kicked in.