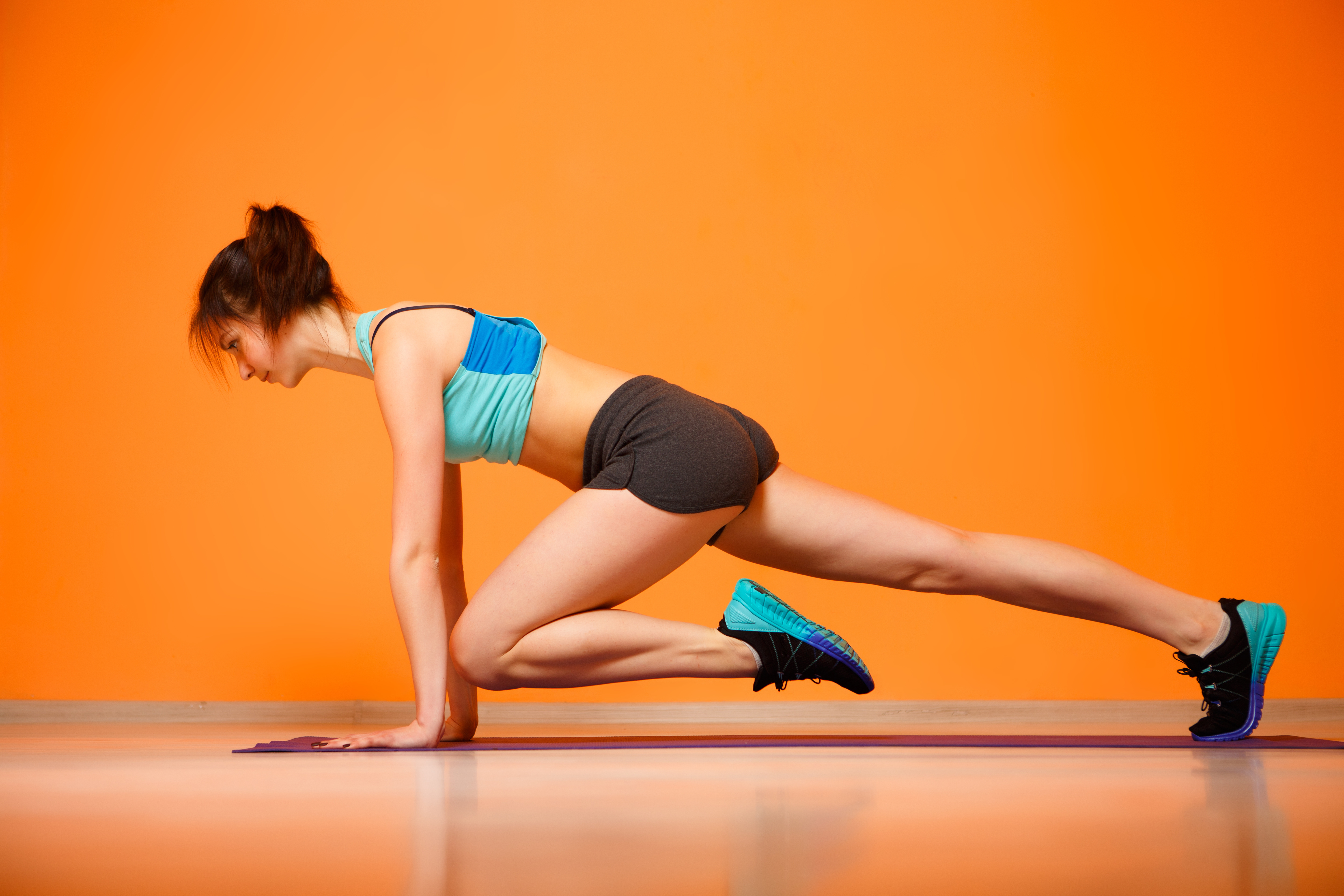 Alpha-GPC is a crucial component for the brain and a popular nootropic supplement. It may boost mental and physical performance and supply choline to protect the nerves. Still, clinical research supports only a fraction of promoted supplementation benefits. Read on to learn everything about alpha-GPC.

Alpha-GPC (L-alpha-glycerylphosphorylcholine or choline alphoscerate) is a phospholipid essential for brain health. It provides choline for cell membranes and myelin production, and thus nourishes the nervous system [1, 2].

Choline from alpha-GPC also builds acetylcholine, a neurotransmitter that maintains your cognitive and muscle functions [2, 3].

Natural sources contain only trace amounts of alpha-GCP, but your body can make it from choline. Foods rich in choline include [4, 5]:

In some European countries, alpha-GPC is a prescription drug for Alzheimer’s disease (Gliatilin, Delecit). In the US, it’s sold as a dietary supplement for memory enhancement. Supplement and drug manufacturers usually derive alpha-GPC from egg or soy lecithin [6, 7].

For one, alpha-GPC raises choline blood levels to a greater extent than CDP-choline. As a result, it has a more powerful impact on age-related cognitive decline and physical performance. Secondly, alpha-GPC may stimulate fat burning and growth hormone production, giving it an edge over CDP-choline among bodybuilders [9, 10, 11, 12, 13].

On the other hand, CDP-choline is essential for the production of phosphatidylcholine. It has a broader range of active metabolites and potential benefits on mental health [14, 15, 16].

Alpha-GPC supports the nervous system by boosting acetylcholine and cholinergic activity. It may also raise the levels of other brain-protective messengers such as [17, 18, 19, 20]:

As mentioned, it might boost growth hormone levels as well [12, 13].

Older people often suffer from progressive cognitive decline and memory loss (dementia). The causes range from brain damage to poor blood flow to many others.

Comprehensive reviews looked at the effects of alpha-GPC in over 20 clinical trials and 4,000 older people with dementia.

Each one confirmed alpha-GPC’s potential to shield the brain and prevent cognitive decline, independent of the cause. It also improved attention and memory better than choline or lecithin without any significant side effects [21, 3, 1, 22, 10].

In a clinical trial of 260 patients, alpha-GPC improved all symptoms of Alzheimer’s disease. In another trial of 113 patients, it boosted the effects of standard treatment (donepezil) [29, 30].

Younger people use alpha-GPC for its supposed nootropic (cognition-enhancing) effects. The above effects may justify such uses, but clinical trials haven’t tested pro-cognitive effects of alpha-GPC in young adults.

Alpha-GPC may prevent and reverse cognitive decline caused by Alzheimer’s disease, poor brain circulation, and other stressors. Some healthy people use it to boost mental performance, but its nootropic effects have yet to be researched.

Alpha-GPC has gained popularity among weightlifters, athletes, and bodybuilders due to its supposed ergogenic properties.

Two more trials confirmed that alpha-GPC may boost growth hormone (GH) production and fat burning. But its effects on GH were temporary and more pronounced in the elderly [13, 34].

Alpha-GPC seems to enhance athletic performance in healthy young people. It might stimulate muscle building by increasing growth hormone in both the young and old, but the evidence is limited and suggests a temporary effect.

No valid clinical evidence supports the use of alpha-GPC for any of the conditions in this section. Below is a summary of up-to-date animal studies, cell-based research, or low-quality clinical trials which should spark further investigation. However, you shouldn’t interpret them as supportive of any health benefit.

According to a review of three clinical trials with 2,500 stroke survivors, alpha-GPC can help recover mental functions after a stroke. It improved cognition in up to 70% of the cases [10, 35].

However, these studies lacked control groups, so we should wait for stronger clinical evidence before jumping to conclusions.

In 51 patients with ocular ischemic syndrome, the addition of alpha-GPC to standard therapy [37]:

We need stronger clinical evidence to confirm the benefits of alpha-GPC for eyesight.

No clinical evidence supports the use of alpha-GPC for the condition listed in this section. Below is a summary of the existing animal research, which should guide further investigational efforts but should not be interpreted as supportive of any health benefit.

Radiotherapy is a typical part of cancer treatment, but it can cause significant side effects by damaging healthy tissue. In rats with brain tumors, researchers observed the ability of alpha-GPC to reduce brain damage and cognitive impairment caused by radiation [38, 39].

Did you know? Zebrafish have many genes in common with humans and are often used in cancer research.

Given the current challenges with radiation therapy, clinical trials should investigate the potential radioprotective effects of alpha-GPC.

In safety studies on dogs and rats, megadoses (up to 3,000 mg/kg) only slightly reduced the animals’ activity. Researchers concluded that long-term (26 weeks) alpha-GCP consumption of 150 mg/kg (over 10 g daily for adult men) bears no health risks [41].

Due to the lack of safety data, children and pregnant women may want to avoid alpha-GPC.

The below doses may not apply to you personally. If your doctor suggests using alpha-GPC, work with them to find the optimal dosage according to your health condition and other factors.

In clinical studies, alpha-GPC dosage ranged from 250 to 1,200mg/day. Here’s a breakdown of the dosing regimens:

According to anecdotal evidence, the dosage for nootropic effects ranges from 400 to 1,200 mg/day, but no studies have confirmed this. You might want to start on the lower end and track your response.

Alpha-GPC supplements have not been approved by the FDA for medical use. In general, regulatory bodies aren’t assuring the quality, safety, and efficacy of supplements. Speak with your doctor before supplementing.

Most alpha-GPC products contain pills with 300 mg of the active component. Vegan pills and alpha-GPC powder are also available.

A supplement called Alpha Brain contains a mixture of alpha-GPC and stimulating herbal extracts, amino acids, and vitamins. However, they don’t state the alpha-PGC content on the label (see its reviews below).

Most alpha-GPC reviews are positive, though some users report no cognitive improvement. The most common side effect is headaches, followed by nausea and heartburn. Some users describe it as “too stimulating”, especially in higher doses.

“Alpha Brain” has more negative reviews, and many consumers complain about side effects such as severe nausea, trembling, and confusion.

Some brands produce alpha-GPC from soybean. Read the labels carefully and avoid such products if you have a soy allergy. GMO crops are another potential issue with soy, but many products feature a GMO-free label.

Alpha-GPC is a phospholipid, so it may be better absorbed with fatty foods.

Your product might lose potency over time due to alpha-GPC breakdown. It pulls moisture from the environment, so you should pay extra attention to storage conditions. Some users recommend dividing the pills into smaller air-tight bags.

Alpha-GPC is a choline-containing supplement that boosts acetylcholine in the brain and protects the nerves. It may help with age-related cognitive decline and dementia, including Alzheimer’s disease.

Younger people also use it to enhance cognition, but its nootropic effects are not well researched. Alpha-GPC may enhance physical performance, while there’s insufficient evidence for eyesight benefits and stroke recovery.

Different multi-ingredient formulations contain alpha-GPC, but it might be a better idea to try it alone at the researched dosage first to better track the response.

Possible side effects include mild headaches, digestive issues, and irritability. Children and pregnant women should avoid alpha-GPC, while others should consult with their doctor before supplementing.