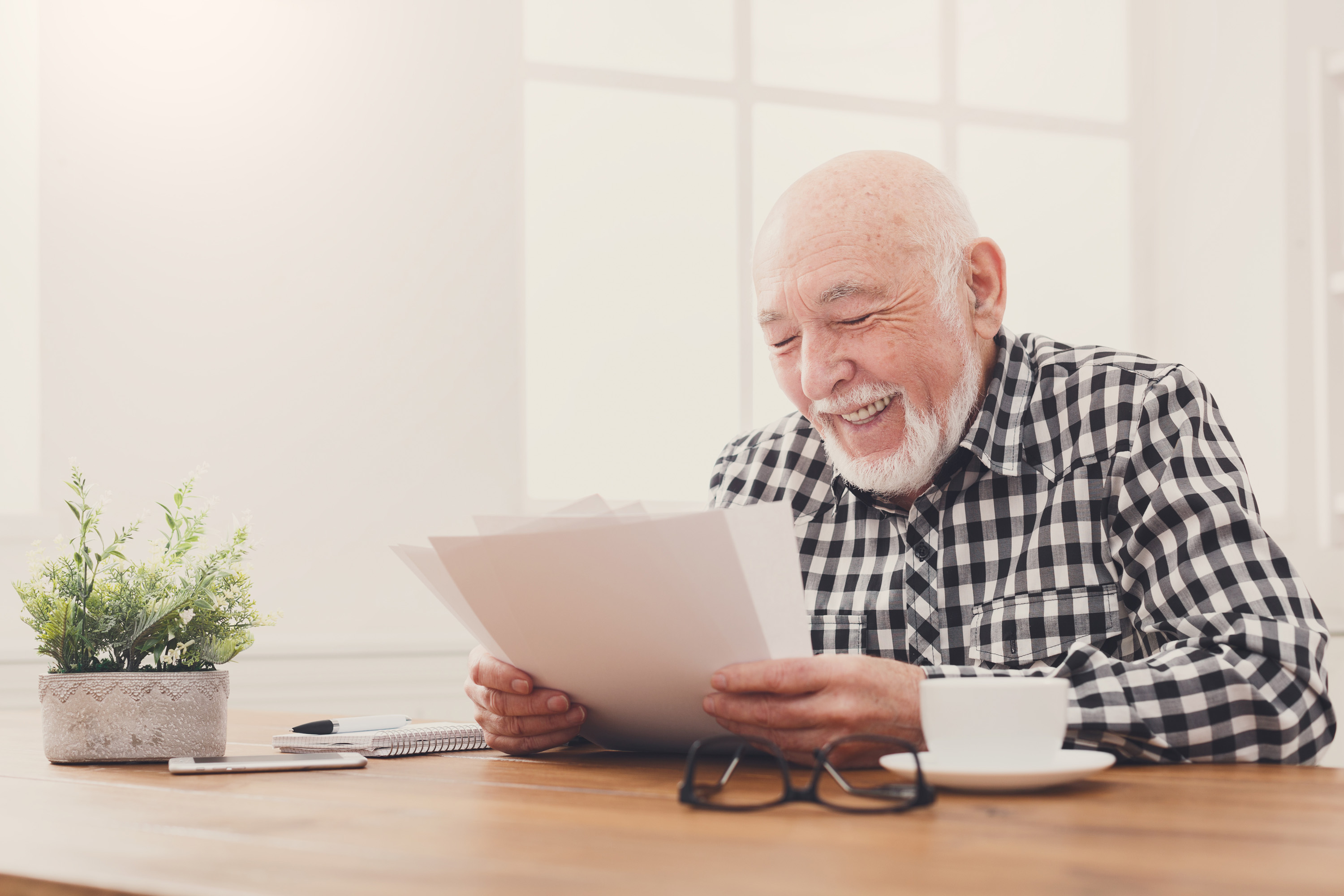 Phosphatidylcholine is a key component of our cells. Increased intake may improve mental, liver, and gut health, but the available clinical evidence is weak. Phosphatidylcholine injections are used for reducing fat deposits. Read more about its benefits, dosage, and side effects.

Phosphatidylcholine (PC) is a molecule that contains two fatty acids attached to a glycerol backbone with a phosphate group and choline.

It is found in every single cell of your body as a key component of the cell membrane [1].

Phosphatidylcholine levels may decrease as we age. For example, in the brain, there is a 10% reduction between age 40 and age 100, according to some researchers [2].

Phosphatidylcholine is also responsible for the production of very low-density lipoprotein (VLDL) [9, 10].

Why Are Low PC Levels Bad?

Food sources of phosphatidylcholine include [19]:

In four studies of 316 patients with ulcerative colitis, phosphatidylcholine (PC) supplementation reduced disease severity, improved quality of life, and induced remissions. It also decreased dependence on corticosteroids and resulted in complete therapy withdrawal in some patients [20, 21, 22, 23].

Modified-release PC (3.2 grams daily for 12 weeks) even improved the symptoms of drug-resistant ulcerative colitis. However, this trial was funded by the supplement manufacturer, which indicates a potential conflict of interest [21].

According to one clinical review, prenatal phosphatidylcholine (PC) supplementation as a dietary source of choline may promote brain development in the fetus and offer protection against mental illnesses [28].

In a study of 49 mothers, those who received prenatal PC supplements reported “fewer attention problems and less social withdrawal” in their 40-month old children [29].

In 100 pregnant women, phosphatidylcholine supplementation prevented the delay in certain areas of brain development in fetuses that were genetically susceptible to schizophrenia [30].

It may be that PC supplementation is beneficial only in cases of inadequate choline intake, but more research is needed to evaluate its effectiveness.

In three studies of 345 participants, phosphatidylcholine protected the stomach from injuries caused by nonsteroidal anti-inflammatory drugs (NSAIDs). It’s important to note that the researchers chemically connected PC and tested drugs; taking them separately may not give the same results [32, 33, 34].

Studies on rats also showed the potential of phosphatidylcholine to reduce the toxicity of NSAIDs and increase their therapeutic properties [35, 36, 37, 38].

No valid clinical evidence supports the use of phosphatidylcholine for any of the conditions in this section. Below is a summary of up-to-date animal studies, cell-based research, or low-quality clinical trials which should spark further investigation. However, you shouldn’t interpret them as supportive of any health benefit.

A study using a combination of milk thistle (silybin), phosphatidylcholine, and vitamin E showed a significant improvement in liver enzymes, insulin resistance, and liver structure in 179 patients with NAFLD [41].

In other animal studies, scientists observed the potential of choline and PC to prevent the progression of non-alcoholic fatty liver disease and increase the chance of survival after liver surgery [18, 42, 43].

Low levels of phosphatidylcholine are associated with memory loss and Alzheimer’s disease in some patients [44].

Phosphatidylcholine increased the levels of choline and acetylcholine in the brain, improved memory, and protected the brain in mice with dementia [46, 4, 47, 48].

6) Hepatitis B and C

In a trial of 176 patients. phosphatidylcholine helped treat chronic hepatitis C but not hepatitis B [49].

It did help treat chronic hepatitis B in a smaller trial of 15 patients [50].

Further research is needed to evaluate the effectiveness of phosphatidylcholine for hepatitis B and C.

Fat breakdown involves the breakdown of triglyceride into glycerol and free fatty acids. Phosphatidylcholine (PC) increases the production of PPAR-gamma receptor, responsible for the breakdown of fats [51, 52].

Judging by the clinical experience of some doctors, PC injections directly into the fat deposits can cause fat breakdown and may be used as an alternative to surgery. In the lack of controlled trials, we can’t tell if this treatment is safe and effective [53, 54].

PC injections reduced fat in the eyelids of 30 patients, acting as an alternative to eyelid surgery [55].

According to limited preliminary evidence, they may also help with lipomas, benign tumors caused by fat buildup. However, the researchers emphasized the need for further well-designed studies [56].

No clinical evidence supports the use of phosphatidylcholine for any of the conditions listed in this section. Below is a summary of the existing animal and cell-based research. They should guide further investigational efforts but should not be interpreted as supportive of any health benefit.

In a cell study, scientists observed the ability of phosphatidylcholine to prevent the inflammation caused by TNF-alpha [60].

Inflammation can decrease the production of new neurons in the hippocampus, a brain region important for learning and memory. Phosphatidylcholine prevented this decrease in mice by suppressing TNF-alpha [61].

Lecithin, a mixture of fats including phosphatidylcholine, increased antioxidant enzymes (MDA, CAT) in rat brains damaged by the lack of blood flow and oxygen [62].

In one study on mice, researchers observed the ability of dietary phosphatidylcholine to prevent the formation of gallbladder stones [63].

According to preliminary clinical research, phosphatidylcholine supplementation may not help with:

Phosphatidylcholine was safe and well-tolerated in most clinical trials. In a smaller number of patients, it caused side effects such as [28, 21, 22, 23]:

Unlike most supplements, PC appears to be safe for pregnant women, but they should consult a doctor before supplementing.

PC injections are possibly safe when used in recommended intervals and doses. Possible side effects include [66] :

Phosphatidylcholine injections directly in fat deposits may cause inflammation or tissue death (necrosis). The safety of long-term use is uncertain [67, 68].

The Risk of Heart Disease

Byproducts of dietary phosphatidylcholine include trimethylamine N-oxide (TMAO), which may increase the risk of atherosclerosis and heart disease in excessive amounts [70, 71, 72].

However, the link between TMAO and heart disease is controversial and still debated in the scientific literature.

PC supplementation increased blood triglyceride levels in a study of 26 participants. However, in that same study, PC decreased homocysteine, which is a potential risk factor for heart disease [73].

Further studies should cast more light on the conflicting effects of phosphatidylcholine supplementation on heart health.

PC supplements have not been approved by the FDA for medical use. In general, regulatory bodies aren’t assuring the quality, safety, and efficacy of supplements. Speak with your doctor before supplementing.

The below doses may not apply to you personally. If your doctor suggests using PC, work with them to find the optimal dosage according to your health condition and other factors.

Phosphatidylcholine can be administered in capsules, tablets, and injections.

Phosphatidylcholine injections for fat reduction contain between 40 cc and 60 cc [69].

One user reported that using phosphatidylcholine for a few years reversed his fatty liver and returned his high liver enzymes back to normal.

Another user reported that over a period of nearly two months their belly fat “decreased tremendously.”

One user who took phosphatidylcholine for three years had outstanding results. They said that the difference for memory boost and overall health.

A user who received phosphatidylcholine injections said they were rushed to the ER twice due to low blood pressure after the therapy.