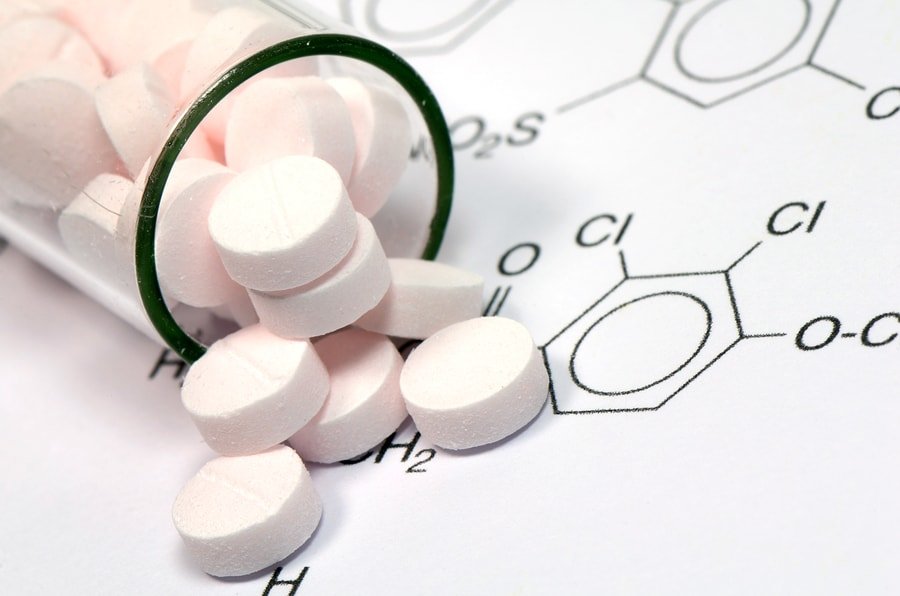 CYP2C9 is an important drug-metabolizing enzyme. It is responsible for the clearance of up to 15-20% of clinical drugs, and CYP2C9 gene variants greatly affect the way we react to these drugs. Read on to learn more about enzyme function, genetics, and factors that increase or decrease CYP2C9 activity.

CYP2C9 is one of the cytochrome P450 monooxygenases (CYPs). These are enzymes that eliminate most of the drugs and toxins from the human body [1].

CYP2C9 is responsible for the metabolic clearance of up to 15-20% of all drugs undergoing Phase I detoxification [2].

This enzyme is the third most important cytochrome P450 (CYP) in terms of the number of drugs metabolized [3].

CYP2C9 also metabolizes many hormones and other compounds, such as progesterone, testosterone and arachidonic acid [14].

This enzyme is primarily found in the liver [2], heart and blood vessels [7].

EETs have a protective effect on blood vessels, including vasodilatation (widening of the blood vessels), anti-inflammatory, and antithrombotic effects. They are also believed to protect the heart by increasing post-ischemic (low oxygen) function and reducing heart infarct size [7].

People with higher CYP2C9 activity were less likely to develop colorectal adenoma (colon cancer) in a study of 928 subjects [15]. This suggests that the activity of this enzyme is protective against cancer.

This enzyme can activate some cancer-causing agents found in cigarette smoke. Smokers with lower enzyme activity were less likely to develop colorectal adenoma (colon cancer) than smokers with higher enzyme activity, according to a study of 928 subjects [15].

More than 67 variants of CYP2C9 have been identified [14]. Many of these decrease enzyme activity.

Patients with low enzyme activity are at greater risk of developing adverse reactions, especially for CYP2C9-processed drugs with a narrow therapeutic window, such as S-warfarin, phenytoin, glipizide, and tolbutamide [2, 16].

The T variant is found in about 10-20% of Whites, but is rare in Asian and African-American populations [2].

Patients with the CYP2C9*2 variant require lower doses of warfarin to achieve a similar anticoagulant effect as other patients [2], and also lower doses of other medication metabolized by this enzyme.

Individuals with this variant are at risk of prolonged bleeding and more frequent severe bleeding with warfarin therapy. They have a higher possibility of low blood sugar levels during glipizide and tolbutamide therapy. Finally, they have more frequent symptoms of overdose in phenytoin therapy [2, 14].

People with this variant also show an increased risk of developing acute gut bleeding during the use of NSAIDs [17].

People with this variant have reduced bone mineral density, which could contribute to developing osteoporosis (pilot study, 92 subjects) [18].

This variant was also associated with colorectal adenoma (colon cancer) in a study of 928 subjects [15].

rs1057910 C at this position significantly reduces the activity of the enzyme [2].

This variant has much lower frequencies in African and Asian populations compared with Caucasians [2]. Relatively high frequency has been found among South Asians (11.7%) [19].

People with this variant were also more likely to develop acute gut bleeding during the use of NSAIDs [17, 22].

This variant may be associated with vitiligo susceptibility, according to a study of 181 subjects [23].

People with this variant had reduced bone mineral density, which could contribute to developing osteoporosis, in a pilot study of 92 subjects [18].

Men carrying the C variant were more likely to have a heart attack (myocardial infarction). However, women were less likely to develop heart disease, according to a study of 2827 subjects [24].

Finally, the C allele was associated with colorectal adenoma (colon cancer) in a study of 928 subjects [15].

rs9332131 is a rare variant with a complete lack of CYP2C9 activity. It has been detected in patients who had adverse reactions to phenytoin [2].

The following factors were found to increase or decrease CYP2C9 activity in laboratory or clinical settings. We recommend against taking supplements or making lifestyle changes to affect CYP2C9 activity. Talk to your doctor before making any significant changes to your diet, lifestyle, or supplement regimen.