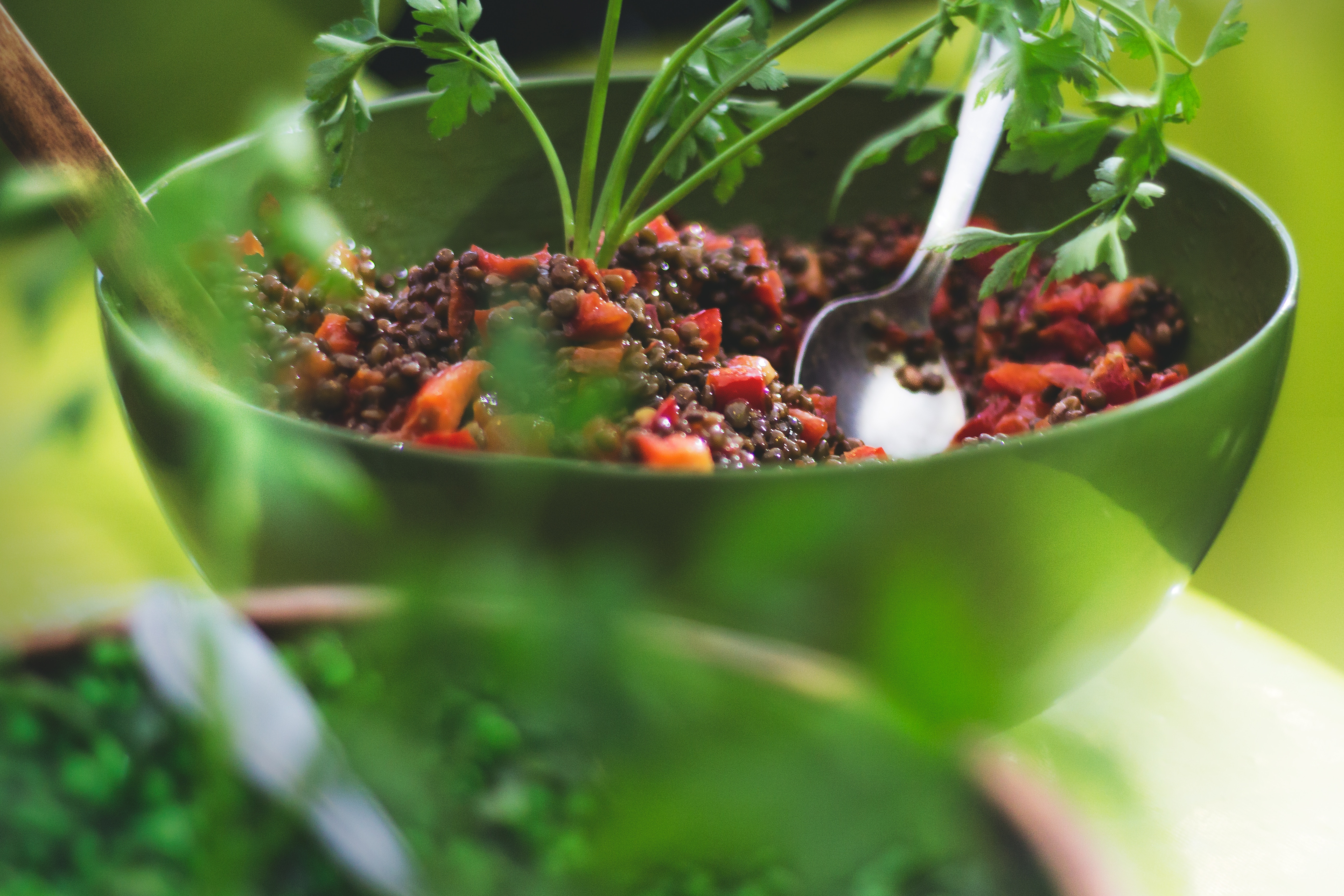 Recent research suggests that genetics can influence nutrient and vitamin levels–and that nutrients can also affect gene expression. Enter nutrigenomics and nutrigenetics: new sciences exploring the interplay between each person’s unique genetic makeup and their nutritional status. Read on to understand how vitamin intake may be adapted to DNA.

The term nutrigenomics was first coined less than 10 years ago.

The terms nutrigenomics and nutrigenetics are often used interchangeably, although they don’t mean quite the same thing.

The Difference Between Nutrigenetics and Nutrigenomics

Nutrigenetics is how your genes affect your nutritional status

Recently, scientists have started pointing out that genetics may have a profound influence on the way our bodies use nutrients [1].

Genes can impact how nutrients are absorbed, transported, activated, and eliminated in the body.

Nutrigenetics is the science of how genetic variations influence a person’s nutritional status.

To make a rough scheme, this sums up nutrigenetics:

It’s directly tied to how a person’s DNA influences their vitamin and mineral levels risk for deficiencies. It may imply an increased need for certain foods (or supplements) to achieve optimal nutrient levels.

Recommended daily allowances you see on most supplements and foods are not adapted to individual genetic variations.

For example, limited research suggests that genetics can play a role in low B12, folate, iron, or vitamin C absorption. Nutrigenetics aims to match the nutrients people consume to their genetic makeup to establish a healthy balance in the body [1].

Nutrigenomics is how the nutrients you eat impact your genes

Nutrigenomics focuses on how nutrients and food can impact gene expression.

It zooms in on the interactions between nutrients and genes, especially when it has to do with disease prevention [2].

For example, nutrients such as vitamins or minerals from foods can activate or deactivate genes linked to risk for Alzheimer’s disease, heart disease, or other health issues.

To mirror the rough scheme from above, nutrigenomics could be represented as:

Any kind of malnutrition – a nutrient deficiency or excess in your diet – might affect gene expression [2].

These effects on gene expression are known as epigenetic influences. Each environmental factor that can turn our genes “on” or “off” is considered epigenetic. Epi means “on top of,” describing an influence “on top of genetics” [1].

For example, methylation affects the activity of various genes. A deficiency in methyl donors (such as folate, vitamin B12, choline, and methionine) can hinder the methylation process. Nutrigenomics deals with these and other epigenetic influences of diet and nutrients [1].

Although these terms are different, one can’t do without the other.

The goal of both nutrigenetics and nutrigenomics is to match each person’s genetic makeup to optimal diet and nutrient recommendations and lowest overall disease risk. Researchers have yet a long way to go, but the existing findings are encouraging.

How Can SNPs Influence Nutrients?

Single nucleotide polymorphisms (SNPs) are the most common type of variation in our DNA. They affect just one single letter in a gene that may be thousands of letters long. Over 10 million SNPs are currently known.

However small these “single-letter variations” may seem, some SNPs may have a big influence on the activity of a gene.

For example, if a SNP reduces the activity of a gene that makes a vitamin A-activating enzyme, then people with this variation in their DNA may be at risk for low vitamin A levels. This remains a hypothesis until proven in proper human studies.

Additionally, many different factors, including diet, other genetic and environmental factors, can influence the risk of nutrient deficiencies.

Individual genetic variations may influence the effect of vitamins on the body. Genes affect how vitamins are taken up, used, and eliminated. Certain SNPs have been linked with decreased vitamin availability, and in some cases, deficiency [3, 4].

Our body can create some vitamins, such as vitamin D and K2. But we have to rely on our diet to obtain most other vitamins.

However, vitamin supplements have not been approved by the FDA for medical use. Supplements generally lack solid clinical research. Regulations set manufacturing standards for them but don’t guarantee that they’re safe or effective.

Concerns have been raised about associations between high doses of certain antioxidant vitamins and health risks. Beta-carotene supplementation has been linked with lung cancer in smokers, vitamin E with prostate cancer, and vitamin A with a higher risk of dying [5, 6].

Additionally, vitamin supplements may interact with some medicines. Supplement-drug interactions can be dangerous and, in rare cases, even life-threatening.

Vitamin A refers to retinol (active vitamin A), retinal, retinoic acid, and provitamin A (carotenoids). Vitamin A is required a healthy brain, immune system, skin, teeth, eyes, bones, and the production of hormones [7].

This vitamin plays a diverse role, about which you can read in detail here. To summarize, vitamin A is important for the following [7, 8, 9]:

On the other hand, too much Vitamin A may reduce bone density because it competes with the uptake of other vitamins such as vitamin D and K2 [12].

Beta-carotene is the main source of vitamin A in plants. It is converted in the body into the active form of vitamin A, which is affected by the activity of the BCO1 gene. Scientists think that SNPs in BCO1 might impact how a person uses vitamin A from plant-based sources [14].

The following are a few SNPs associated with decreased BCO1 activity, potentially resulting in lower levels of available vitamin A in the body [14, 15]:

8 water-soluble vitamins make up the B-vitamin group. These vitamins play a role in the body’s energy system and are important for brain function. They are needed for [16]:

Limited clinical studies explored the mechanisms and benefits of vitamins B9 and vitamin B12, especially when it comes to MTHFR mutations [16].

Vitamin B9 is commonly known as folate. It is inactive before the body converts it into methyl-folate. Vitamin B9 helps produce and repair DNA and amino acids, ensuring cellular proteins are working at full capacity. Scientists think that it also enables cells to recover from damage. All in all, folate is thought to be beneficial for [17]:

Folate deficiency has been linked to anemia and neural tube defects in babies. However, supplementing folate may mask a vitamin B12 deficiency. To avoid a B12 deficiency, keep your doctor in the loop about any supplements you choose to take [17, 18].

You can read more about the health benefits of folate in detail here.

Folate needs to be activated to l-methylfolate by a number of proteins to achieve its health benefits. Enzymes and proteins that play a role in this process include MTHFR and MTHFD1.

Variations in the MTHFR gene may reduce the activity of the MTHFR enzyme, and in turn, decrease the amount of available l-methylfolate. These variations or SNPs are:

If you see “AA” in your file, this means your MTHFR enzyme activity is more likely not to function as well. AG means it may have reduced function, but the chances are lower. And finally, GG is the normal version.

Next, take a look at rs1801131. This SNP has less of an effect on MTHFR function, but might still be worth looking into. For this SNP:

To get a complete picture, look at your genotype for these SNPs together. If you have the “bad” genotype for both, your MTHFR enzyme is less likely to work well – hypothetically speaking.

Vitamin B12, also known as cobalamin, helps the body make energy, DNA, red blood cells, and the insulation of brain cells. Vitamin B12 may have benefits for [19, 16]:

You can read about vitamin B12 in detail here.

Our diet usually contains much more Vitamin K1, which is estimated to make up 75% of vitamin K consumed by most people [24].

Vitamin K1 is found in plants, such as green leafy vegetables. Vitamin K2 is produced by our gut bacteria from vitamin K1. Plants can’t make vitamin K2, so the main dietary sources are animal-based (such as meat, butter, lard, and egg yolk) [24].

Vitamin K plays a critical role in blood clotting and many proteins can influence how well it functions. For blood clotting to start, vitamin K must be activated by an enzyme called VKORC1. The following SNPs have been linked to decreased levels of vitamin K in the body [27, 28]:

Side Effects & Safety of Vitamin Supplements

Generally, the regular consumption of vitamins A, B9, B12, and K within the generally-recommended dosage is considered safe and poses a low risk of harm. High doses of these vitamins can have adverse effects [17, 18, 23].

High doses (above 3 mg) of active vitamin A (retinol) pose a risk of a condition known as hypervitaminosis A, which may result in [29]:

However, high doses of vitamin B9 (folate) have been linked to neurological defects in people with megaloblastic anemia, which is caused by vitamin B12 deficiency [17].

Other side effects are possible. Contact your doctor or pharmacist for medical advice about side effects.

Additionally, there is conflicting evidence about the effects of individual and multivitamin supplements.

The long-term effects of using multivitamin supplements are unknown. In general, we recommend getting your vitamins from a balanced diet rather than from supplements, if possible, and discussing your health goals with your healthcare provider.

Keep in mind that the drug interactions of many vitamins are relatively unknown, given the lack of well-designed clinical studies. The list below is not a definite one. Always consult your doctor before supplementing and let them know about all drugs and supplements you are using or considering.

Vitamin A (retinol) may interact with [8]:

Vitamin B9 (folate) may possibly interact with [17]:

Vitamin K may increase or decrease the effects of a number of substances. The following interactions may either reduce the activity of the drug or the absorption of vitamin K [30, 23]:

Although genetic variations might influence a person’s vitamin levels, the healthiest way to boost vitamin status is to ensure regular vitamin intake through a balanced, healthy diet and lifestyle.

Take a look at some of our suggestions below, read more about each vitamin and its food sources, and take it from there (but don’t make any major changes to your diet without seeing a doctor)!

Food Sources of Vitamin A (retinol) and provitamin A (carotenoids)

Provitamin A (carotenoids) can be found in plant sources [9].

Food Sources of B Vitamins