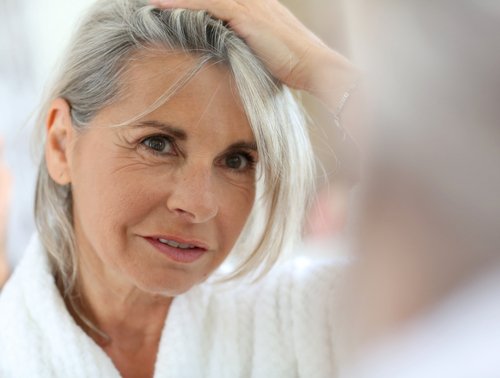 What Is Angelica gigas?

Angelica gigas (full name: Angelica gigas Nakai) is also referred to as Korean Angelica, giant Angelica, and cham-dang-gui (참당귀). It is mainly found in Korea, with two other closely-related Angelica species found in Japan and China [1].

Traditionally, the dried root of Angelica gigas is boiled in water before being taken orally [3, 4].

The major chemical components of Angelica gigas are decursin and decursinol angelate. These two molecules are rapidly converted to decursinol in the liver. This suggests that decursinol could be the actual active component leading to the observed effects [4, 5, 3].

Other compounds in Angelica gigas include:

Both decursin and nodakenin decrease acetylcholinesterase, an enzyme that breaks down the neurotransmitter acetylcholine [1, 1, 6].

Angelan increases the production of the cytokines IL-2, IL-4, IL-6, and IFN-γ, activates B cells to produce more antibodies, and promotes the maturation of immune cells (dendritic cells) by activating TLR4 signaling pathways [7, 7, 8].

Angelica gigas is traditionally used to treat irregular menstrual flow and menopausal symptoms due to its estrogenic activity. Studies in cells suggest its effects may be comparable to those of hormone replacement therapy [10, 11, 11].

Although the results are promising, a single clinical trial (using Angelica gigas in combination with other herbs) and some animal and cell-based research cannot be considered sufficient evidence to support the use of Angelica gigas to improve menopausal symptoms. More clinical trials on larger populations are needed to confirm these preliminary findings.

Brain cell damage can occur due to many factors, including inflammation and oxidative stress. Oxidative stress can cause damage to DNA, proteins, and fats [1, 16, 17].

Bozhougyiqi-tang (BZYQT) is an herbal medicine made from Angelica gigas, ginseng, Astragalus, and other herbs. It protected mouse hippocampal cells from cell damage and led to greater cognitive performance [1, 21, 1].

The research in animals is promising, but only a small human study has been carried out. Larger, more robust clinical trials are needed to establish if Angelica gigas helps improve and preserve brain function.

No clinical evidence supports the use of Angelica gigas for any of the conditions listed in this section. Below is a summary of the existing animal and cell-based research, which should guide further investigational efforts. However, the studies should not be interpreted as supportive of any health benefit.

Angelica gigas reduced inflammation caused by too much nitric oxide and inflammatory molecules like TNF-alpha and IL-6 in rats and mice [23, 23].

In mice with eczema, its compounds nodakenin and decursin reduced itching, the severity of the lesions, and blood antibody levels [24, 25].

Decursin prevented insulin from causing fat cells to grow, drastically reducing fat accumulation and weight gain, in mice. Mice treated with decursin had reduced levels of leptin, resistin, IL-6, and MCP-1 (which were increased by a high-fat diet) [28].

Smelling Angelica gigas essential oils reduced sensitivity to nicotine in nicotine-addicted mice by blocking the release of dopamine in response to this drug [30].

Collagen is an abundant protein found in the skin, whose levels diminishes with age.

Below, we will discuss some preliminary research on Angelica gigas’ potential anticancer effects. It’s still in the animal and cell stage and further clinical studies have yet to determine if its extract may be useful in cancer therapies.

Do not under any circumstances attempt to replace conventional cancer therapies with Angelica gigas or any other supplements. If you want to use it as a supportive measure, talk to your doctor to avoid any unexpected interactions.

Angelica gigas’ compounds decursin, decursinol angelate, and decursinol reduced the growth and spreading of the following cancer types in mice and increased their lifespan [4, 34, 35]:

In cell-based studies, these three compounds were effective against these and other cancer types such as [4, 3, 36, 37, 38]:

Decursin and decursinol angelate also reduce the number of androgen receptors. These receptors are critical to the development of prostate cancer, which suggests their potential effectiveness for this type of cancer [4, 39].

Side Effects and Contraindications

Keep in mind that the safety profile of Angelica gigas is relatively unknown, given the lack of well-designed clinical studies. The list of side effects and drug interactions below is not a definite one and you should consult your doctor about other potential side effects based on your health condition and possible drug or supplement interactions.

Based on the lack of adverse effects observed in clinical trials and its traditional use in Korean medicine, Angelica gigas is possibly safe when taken at normal doses [40, 12].

Due to the lack of safety data, pregnant and breastfeeding women should avoid Angelica gigas.

Alcohol extracts of aerial parts (flower, leaf, and stem) of Angelica gigas stimulated the activity of alcohol dehydrogenase and aldehyde dehydrogenase, enzymes involved in drug and alcohol processing, in test tubes. This could increase the rate at which the body processes alcohol and other drugs.

Angelica may reduce the blood’s ability to clot. Therefore, it should not be used in conjunction with blood-thinning drugs such as warfarin and Xarelto without first consulting a physician [1].

Because Angelica gigas is not approved by the FDA for any condition, there is no official dose. Users and supplement manufacturers have established unofficial doses based on trial and error. Discuss with your doctor if Angelica gigas may be useful as a complementary approach in your case and which dose you should take.

The opinions expressed in this section are solely those of Angelica gigas users, who may or may not have medical or scientific training. Their reviews do not represent the opinions of SelfHacked. SelfHacked does not endorse any specific product, service, or treatment.

The majority of users gave positive reviews of an anti-inflammation formula (specifically for joint pain relief) containing Angelica gigas extract (Decursinol-50), stating that it quickly relieved pain without side effects.

Some users taking another Angelica gigas extract (INM-176) reported that it improved their memory.

Most reviews of EstroG-100 (used in the treatment of menopause symptoms) reported good results at relieving hot flashes, mood swings, and night sweats. However, some said that they experienced no effect. The only reported side effect by one user was difficulty falling asleep after taking EstroG-100 at night.

Supplements (other)
1
12 Benefits of Colostrum Powder for Leaky Gut & More
Foods
4.8
13
5 Benefits of Chasteberry (Vitex agnus-castus) + Side Effects
Blood Tests
4.6
1
Common Blood Tests That Are Affected By Toxins in the Body