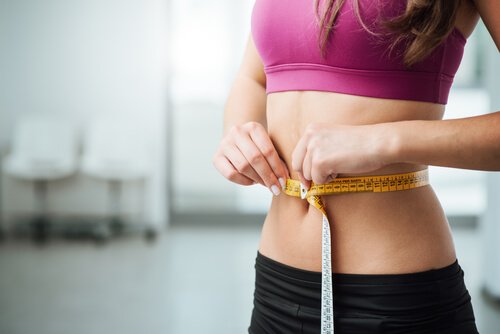 L. rhamnosus is among the more promising probiotics for skin health, gut health, and respiratory inflammation. It may also help with gestational diabetes and vaginal infections, and new research has introduced the possibility of even more benefits. Read on to learn more about this intriguing probiotic supplement.

What is Lactobacillus rhamnosus?

Lactobacillus rhamnosus is a gram-positive lactic acid bacterium that is part of the normal gut microflora in humans. It is generally regarded as safe and has been used extensively in food products and health supplements.

Among many other health benefits, people take L. rhamnosus to balance their immune system and alleviate allergies and dermatitis.

In a laboratory setting, researchers have observed that L. rhamnosus:

L. rhamnosus probiotic supplements have not been approved by the FDA for medical use and generally lack solid clinical research. Regulations set manufacturing standards for them but don’t guarantee that they’re safe or effective. Speak with your doctor before using probiotics.

In a study of 373 pregnant women, a probiotic supplement of L. rhamnosus reduced the incidence of gestational diabetes [11].

L. rhamnosus has been proven to reduce symptoms in children with functional gastrointestinal disorders [14].

It was also beneficial against stress-induced intestinal dysmotility in mice [15].

Supplementation with L. rhamnosus reduced the incidence of antibiotic-associated diarrhea in patients treated with antibiotics from 22.4% to 12.3% [16].

L. rhamnosus administration was associated with significantly lower rates of and symptomatic rotavirus gastroenteritis diarrhea in hospitalized children L. rhamnosus was well tolerated, and no harms were reported in any of the trials [17].

L. rhamnosus has been shown to prevent enteric colonization by Candida species in preterm neonates and Clostridium difficile induced colitis in children [13].

L. rhamnosus was beneficial in patients with irritable bowel syndrome [14].

It can reduce pain frequency and intensity in children with abdominal pain-related disorders, particularly among irritable bowel syndrome (IBS) [13].

Preterm infants treated daily with L. rhamnosus in capsules starting within one week after birth, appear to have a significantly lower incidence of RTIs and rhinovirus-induced episodes in the first 2 months [13].

Children receiving L. rhamnosus probiotics had fewer days with respiratory symptoms per month than the children in the control group [20].

Some researchers believe that administration of L. rhamnosus in early life could play a role in food allergy prevention [21].

It decreased the allergic response to peanuts in children [22].

The combination of prenatal maternal (2-4 weeks) and postnatal pediatric (6 months) L. rhamnosus treatment in families with a history of atopic disease, significantly lowered the incidence of eczema in children aged 2, 4 and 7 years old [13].

In milk-hypersensitive adults, L. rhamnosus has been shown to reduce the immunoinflammatory response [13].

Consumption of L. rhamnosus-fermented milk by mothers and offspring showed a reduction in physical allergic symptoms in newborn mice [2].

Supplementation with L. rhamnosus normalizes skin expression of genes involved in insulin signaling and improves the appearance of adult acne [10].

L. rhamnosus efficiently prevents the development of eczema and possibly also atopic sensitization in high-risk infants up to 6 years old [23].

Cumulative prevalence of eczema and prevalence of rhinoconjunctivitis were significantly reduced in the children taking L. rhamnosus [24].

L. rhamnosus is effective in decreasing symptoms of atopic dermatitis after 8-weeks of treatment in children aged 4-48 months [25].

Oral application of L. rhamnosus prevents the development of atopic dermatitis in mice by suppressing the production of inflammatory cytokines [1].

L. rhamnosus vaginal tablets have demonstrated to be a reliable topical effective and safe treatment to reduce the bacterial vaginosis recurrence rate. No side effects have been reported [27].

Researchers are currently investigating whether L. rhamnosus has other health benefits. The potential benefits in this section have produced positive results in at least one clinical trial, but these studies are small, contradictory, or otherwise limited. Talk to your doctor before supplementing with L. rhamnosus for any reason.

It also protected against high-fat diet-induced adiposity and reversed insulin resistance in mice [31].

It significantly reduced blood levels of triglyceride and cholesterol, decreased liver fat content, and reduced the expressions of lipogenic and pro-inflammatory genes in the livers of mice [32].

L. rhamnosus reduces oral counts of Streptococcus mutans, a bacterium correlated with the formation of dental caries or cavities [13].

Long-term L. rhamnosus supplementation has an influence on the composition of the intestinal microbiota in children, and reduces the frequency of gastrointestinal complaints after antibiotic use, preventing certain bacterial infections for up to 3 years after the trial [37].

Prenatal supplementation with L. rhamnosus has been reported to change the composition of the newborn microbiota, promoting a beneficial profile dominated by Bifidobacteria [13].

L. rhamnosus affects the immune regulation and immune responses favorably in mothers and offspring. In addition, some of the beneficial effects of prenatal L. rhamnosus supplementation extend into the postnatal life of the offspring, suggesting a possible immune programming effect of L. rhamnosus [8].

It’s important to remember, however, that pregnancy is a sensitive condition, and that each person’s experience is different. If you are pregnant, talk to your doctor before using probiotics.

No clinical evidence supports the use of L. rhamnosus for any of the conditions listed in this section. Below is a summary of the existing animal and cell-based research, which should guide further investigational efforts. However, the studies listed below should not be interpreted as supportive of any health benefit.

L. rhamnosus has an anti-inflammatory effect on allergen-induced airway inflammation in mice [9].

Oral administration of L. rhamnosus attenuates the features of allergic asthma in mice [3].

L. rhamnosus beneficially regulated the balance between pro- and anti-inflammatory cytokines in the lungs of infant mice [46].

Both a 2- and 4-week L. rhamnosus pretreatment attenuated OCD-like behavior induction in mice [51].

Both viable and nonviable L. rhamnosus kill human cervical and colon cancer cells in a laboratory setting, though these results may not be at all applicable to clinical research [18, 53].

L. rhamnosus has been shown to decrease the incidence of carcinogen-induced colon tumors and precancerous lesions in experimental animals as well as in human cells [53], and possess antitumor effects in animal models of bladder cancer [54].

The effect of L. rhamnosus probiotics on human cancer, if any, is unknown.

L. rhamnosus is safe and well tolerated in healthy adults, and does not seem to cause adverse effects in young or elderly subjects [55, 56].

L. rhamnosus is a human probiotic strain; that is, it is a natural part of the human microbiome. It was first isolated from two healthy adults, Sherwood Gorbach and Barry Goldwin, which is why it got “GG” added to its name [60].

As such, L. rhamnosus is not naturally found in animal- or plant-based foods. Instead, it has to be added during the fermentation process. Various foods may have added L. rhamnosus, including yogurt, cheese, and fermented legumes [61, 62].