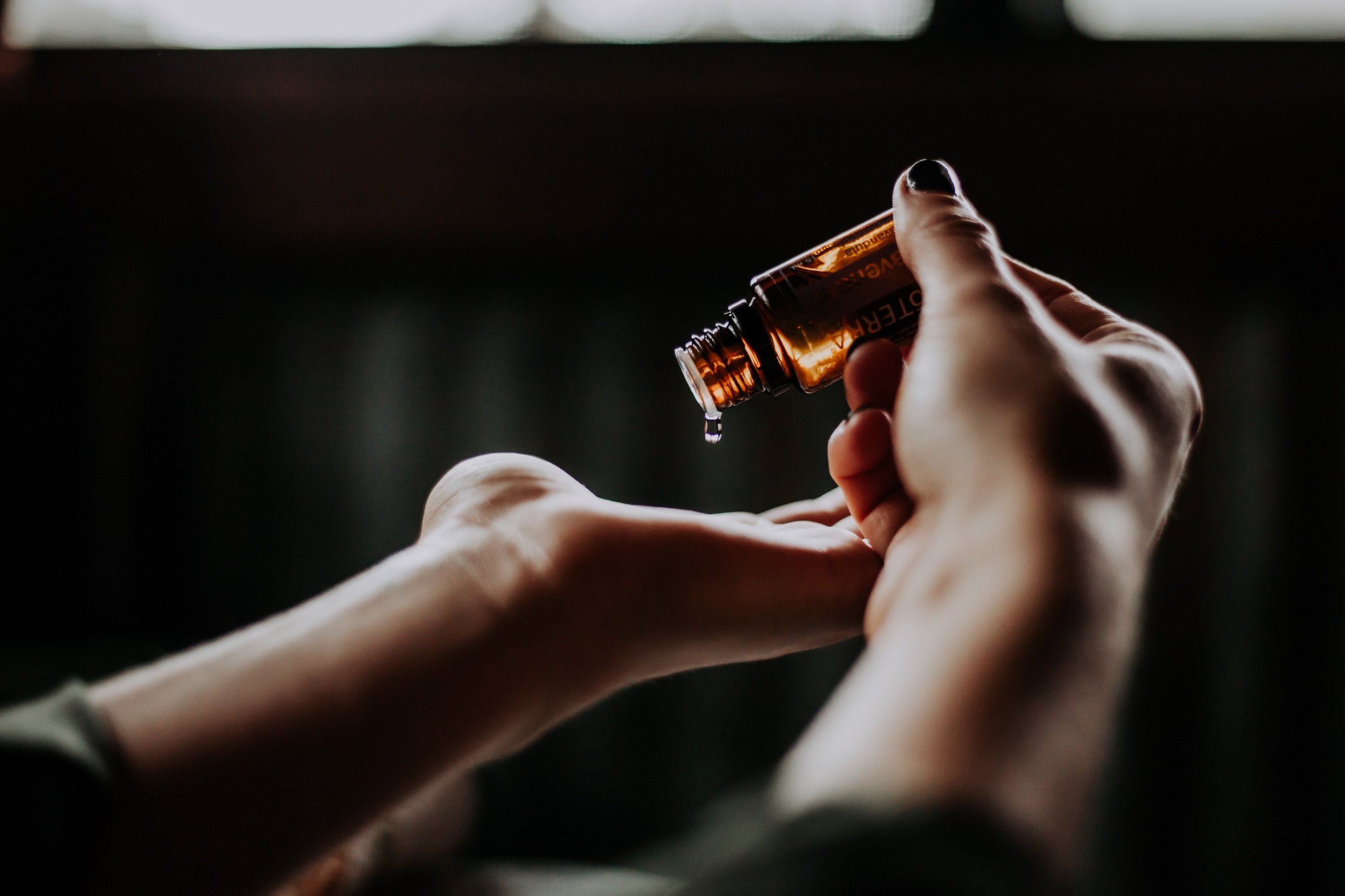 Patchouli oil has an amazing scent and has been traditionally used in Chinese medicine for over a thousand years. Its benefits include treating digestive problems, relieving depression and anxiety, and more. It’s also largely used in combination with other essential oils during aromatherapy. Read on to learn about the components and health benefits of patchouli oil.

What Is Patchouli Oil?

Also known as Pogostemon cablin, patchouli is a widely-used traditional Chinese herb that has been cultivated for over a thousand years. In South-East Asia, it’s mostly used for digestive issues, as well as in the household [1, 2].

Patchouli essential oil or just patchouli oil, which is more concentrated in several active compounds, is made from the dry stems and leaves of the plant. Traditionally, patchouli oil aromatherapy is used to improve mood, reduce stress, control appetite, and to increase libido [1, 2].

It’s also commonly added to cosmetics, deodorants, and insecticides. The potential antibacterial, antiviral, and antioxidative properties of patchouli oil are an area of research, but not much human data are available [1, 2].

Patchouli oil and other aromatherapy products do not need approval by the FDA and cannot be used for medical reasons. In general, aromatherapy lacks solid clinical research. Regulations set manufacturing standards for them but don’t guarantee that they’re safe or effective. Speak with your doctor before regularly using essential oils.

Patchouli alcoholic is largely responsible for the strong, unmistakable scent of patchouli oil [1, 2].

Scientists suspect that pogostone and patchoulol (patchouli alcohol) may have antibacterial activity. Pogostone was also researched against fungi and patchoulol against viruses. The mechanisms of these components are still unknown [2, 1].

Patchouli oil is hypothesized to stimulate prostaglandins (PGE2) through the COX pathway, which may increase the production of protective mucus in the stomach [2].

Patchoulol might block the action of certain enzymes (histone deacetylase) that activate NF-kB [2].

There is insufficient evidence to support the use of patchouli essential oil for any of the below-listed uses.

Remember to speak with a doctor before regularly using patchouli essential oil or other patchouli oil formulations, especially if you plan to use them by mouth. Essential oils should never be used as a replacement for approved medical therapies.

In aromatherapy, patchouli oil is traditionally used to reduce tension, anxiety, and insomnia. Its aroma is thought to function as an aphrodisiac and improve concentration. None of these claims are supported by proper clinical trials. The oil is also used in incense sticks to create a relaxing atmosphere [2].

A review study suggested that patchouli oil may be calming, sedative, and uplifting. Patchouli oil aroma seemed to improve mood when inhaled by people. Some researchers think it should be studied further in psychoaromatherapy, the use of essential oils as a complementary approach to psychiatric problems. Nonetheless, no large trials have been carried out [3].

A mixture containing patchouli oil massaged on the bodies of 56 people with dementia reduced dementia-related behaviors and possibly increased mental alertness and awareness. Although promising, these findings need to be verified in larger trials [2].

An essential oil containing 12% patchouli oil, amongst other oils, improved symptoms of skin infections and reduced the healing time of skin abrasions and ulcers in a study of 100 people. The contribution of patchouli to this effect is unknown, since the researchers used a combination of essential oils [2].

Clinical evidence is lacking to support the use of patchouli oil for any of the conditions listed in this section.

The effectiveness and safety of patchouli on antioxidant defense, digestive problems, ulcers, nausea, respiratory issues, infections in humans are unknown. Therefore, the studies listed below should not be interpreted as supportive of any health benefit.

In a mouse study, patchouli oil aromatherapy relieved symptoms of constipation and increased the number and mass of bowel movements [2].

In a study on mice, patchouli oil seemed to protect the animals’ stomachs against ulcers [2].

Patchouli oil reduced the frequency of induced coughing in mice. Scientists think it should be researched in humans as a potential cough suppressant [1].

A review study determined that patchouli oil may have some antibacterial properties [2].

Among 10 essential oils, patchouli oil most active against the following bacteria [2]:

A review study mentioned that patchouli oil may have antifungal activity, though no clinical trials attest to it [2].

In test tubes, patchouli oil was researched against:

Scientists explored whether patchoulol can reduce the production of a number of inflammatory markers (NF-α, IL-1β, IL-6, iNOS, and COX-2) in cells [2, 1].

Some researchers say that patchouli oil seems to be an effective natural pesticide, based on experiments in test tubes. It had insecticidal activity against [2]:

Clinical studies involving patchouli oil are strongly lacking. Aside from its use in aromatherapy, there are basically no human studies with patchouli oil. Most of the studies mentioned are based on animals or cells and their findings can’t be extrapolated to humans.

Keep in mind that the safety profile of patchouli essential oil is relatively unknown, given the lack of well-designed clinical studies.

The side effects described here are not exhaustive and you should consult your doctor about other potential side effects based on your health condition and possible drug or supplement interactions.

Although no adverse side effects of inhaled patchouli oil have been reported, no proper safety studies have been carried out. Applied on the skin, compounds from patchouli essential oil may be absorbed into the bloodstream. More human research needs to be conducted [2, 3].

Users should always take care of any type of essential oil, as an excessive amount or first-time use may irritate the skin and/or airways.

Patchouli is available as an essential oil. It’s also added to perfumes, cosmetics, and some natural household products.

In regards to an essential oil containing patchouli oil, one user said it helped them with anxiety and headaches. Several users said it enhanced focus. However, one person said it was costly and found the scent unpleasant.

The opinions expressed in this section are solely those of the users, who may or may not have medical or scientific training. Their reviews do not represent the opinions of SelfHacked. SelfHacked does not endorse any specific product, service, or treatment.

What is Sarsaparilla? A Plant Lost in Time + Tea Recipe