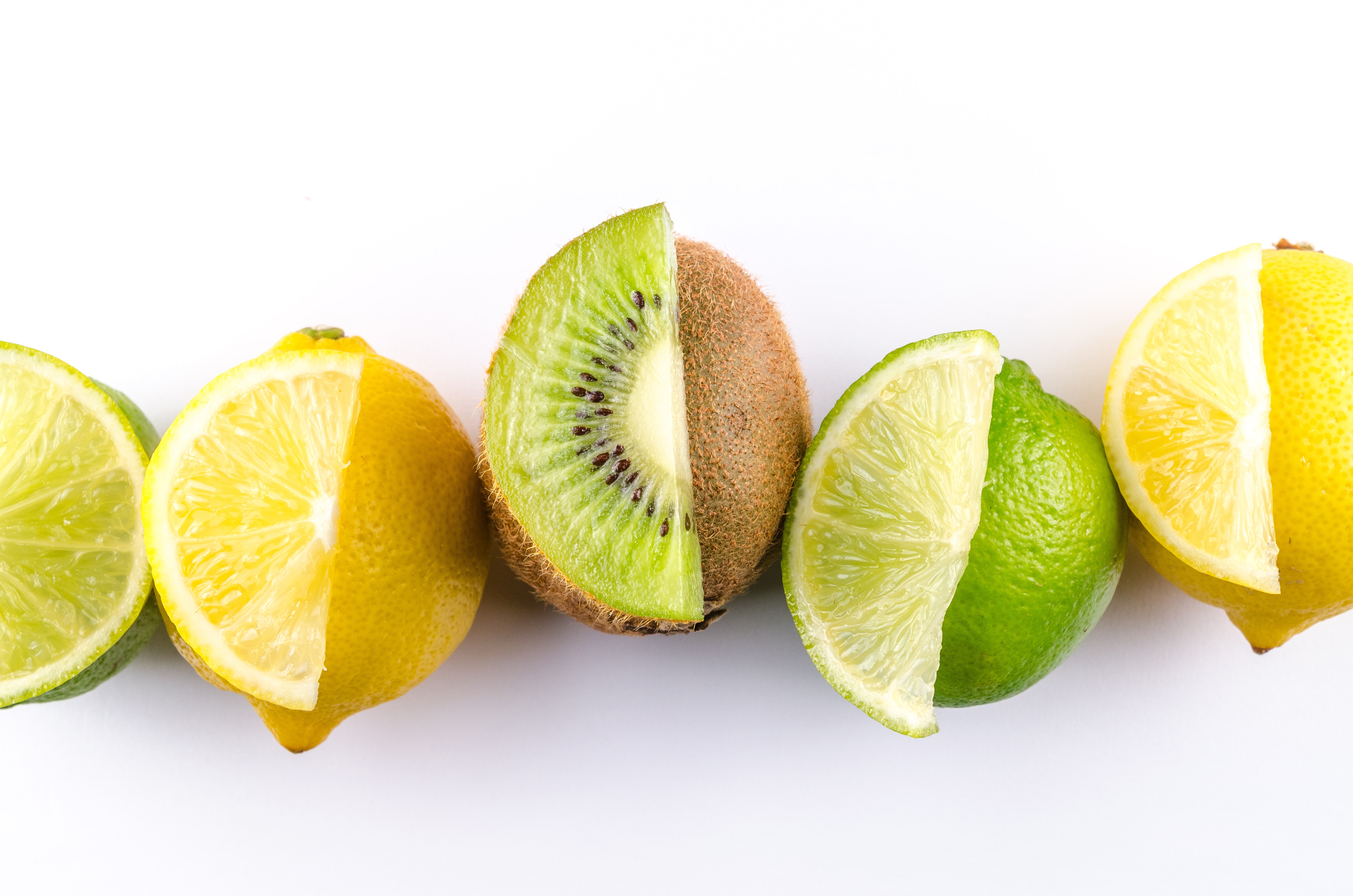 Synephrine is a naturally occurring chemical that has been sought after by athletes and those looking to lose weight; some people believe that it increases the body’s energy production, but what does the science say? Read on to learn more about the potential benefits, mechanisms, and the safety of synephrine supplementation.

Synephrine is a biogenic amine [1].

It is found at high levels in the peels of citrus plants, like bitter orange or Seville orange (Citrus aurantium). Extracts from fruits or peels of these plants have been used in traditional Chinese medicine to treat stomach problems and allergies for hundreds of years [2, 3].

There is much confusion and controversy over whether synephrine is safe and what effects it has on the body. This is because many sources, and even some scientific journals, confuse synephrine with other substances including:

Some researchers have argued that P-synephrine may alter the function of the liver, which produces many enzymes and plays a large role in regulating digestion and energy production in the body. In animal and cell studies, it:

P-synephrine weakly activates alpha-1 and alpha-2 adrenoreceptors, which typically respond to adrenaline (norepinephrine) and increase heart rate and blood pressure. Some researchers have used this result to conclude that p-synephrine is not likely to cause elevations in blood pressure or heart rate [19, 20].

In cells, synephrine stops the production of eotaxin-1, a molecule that signals to eosinophils to move to an inflamed area. It also blocks the activity of the NADPH oxidase, an enzyme produced in neutrophils that creates many reactive oxygen species [27, 28, 29].

Synephrine also reduces the activation of NF-κB. Overactive NF-κB plays a role in many inflammatory diseases like asthma, inflammatory bowel disease, and psoriasis [30, 31].

Synephrine reduced the production of reactive oxygen species (ROS) released by neutrophils (a type of white blood cell found at sites of inflammation) by inhibiting the enzyme NADPH oxidase, which produces many types of free radicals [29].

However, these effects have not been explored in animal or human studies, and this finding from cell studies may have no clinical relevance whatsoever.

Synephrine supplements have not been approved by the FDA for medical use and generally lack solid clinical research. Regulations set manufacturing standards for them but don’t guarantee that they’re safe or effective. Speak with your doctor before supplementing with synephrine.

A study of 10 subjects given 50 mg of p-synephrine showed that the subjects burned 65 calories more than participants given placebo in the first 75 minutes after taking the supplement.

Subjects given synephrine did not have increased blood pressure or heart rate [11].

Another study of 23 people given a combination of caffeine and bitter orange extract (C. aurantium) showed higher amounts of fat being burned even while at rest than those given placebos. This study also found no difference in heart rate or blood pressure between the groups [33].

These results are supported by a study of 12 men that showed increased fat burning at rest and up to 30 minutes after exercise in men given synephrine, or a combination of synephrine and caffeine compared to placebo. In this study, only those men given caffeine showed increased heart rates [34].

Small doses of caffeine may be needed for synephrine to burn fat while the body is at rest, however. Another study of 18 people found that p-synephrine without caffeine did not burn more fat at rest, but did burn more during exercise [35].

The sizes of these studies are small, so more research is needed to confirm these effects. More research is also required to fully clarify the relative role of synephrine in studies on bitter orange or combinations with caffeine [12, 36].

While some clinical evidence has emerged for the potential benefits in this section, the available studies are too small, contradicted by other studies, or yet to be repeated. As such, the evidence is insufficient to recommend synephrine for these purposes, and there are better-studied alternatives available.

However, another study of 13 sprinters given p-synephrine failed to show improvement in sprint velocity or jumping heights compared to placebo [38].

Bitter orange oil, which contains synephrine in addition to other active ingredients, in one study of 60 patients, improved fungal skin infections of the (feet, body/skin, or groin) in 2 to 3 weeks in over 80% of participants [4, 39].

No clinical evidence supports the use of synephrine for any of the conditions listed in this section. Below is a summary of the existing animal and cell-based research, which should guide further investigational efforts. However, the studies listed below should not be interpreted as supportive of any health benefit.

No studies directly link synephrine to the relief of stomach problems, but its ability to reduce intestinal muscle movement makes it a promising avenue of future research for these health issues.

Mice with classic signs of depression, including sleep problems and changes in eating habits, do worse in response to stressful events, like being forced to swim, than healthy mice do.

In mice with lung injury, synephrine reduced the number of inflammatory cells and inflammatory cytokines TNF-alpha and IL-6, while increasing the anti-inflammatory IL-10 [30].

In addition, synephrine also reduced the activation of NF-κB. Overactive NF-κB plays a role in many inflammatory diseases like asthma, inflammatory bowel disease, and psoriasis [30, 31].

In cell studies, synephrine stopped the production of eotaxin-1, a molecule that signals to eosinophils to move to an inflamed area.

It also blocked the activity of the NADPH oxidase, an enzyme produced in neutrophils that creates many reactive oxygen species [27, 28, 29].

A study performed using guinea pigs showed that synephrine reduced spasms of the smooth muscle in the trachea, a symptom that is associated with coughing. Synephrine also reduced asthma symptoms that occurred when the animals were given histamines [3].

One laboratory study showed that synephrine prevented the growth of some bacteria including E. coli, which can cause food poisoning, as well as Staphylococcus aureus, which can cause skin infections [44].

Reported side effects of synephrine-containing supplements include:

Higher doses of synephrine have also produced worse adverse effects in safety studies. A study of mice showed high rates of serious side effects, including gasping and reduced motor function. The study used very high doses of synephrine: 150 to 2,000 mg/kg of body mass, compared to the recommended dose of 2 mg/kg body mass or less [51, 20].

Caffeine combined with synephrine may be more likely to cause elevated blood pressure and heart rate than synephrine alone, with the risk being even greater when high doses of caffeine were taken (320 mg daily or more) [52, 53].

If you take synephrine and experience cardiac symptoms, seek medical attention immediately. Your doctor can determine whether medical intervention is necessary.

The longest study on the safety of synephrine followed 16 individuals over just 15 days. No adverse effects were reported in this study, but further research is needed to determine if synephrine is safe to consume over longer periods of time [56].

Synephrine may interact with other supplements and medicine. Known interactions include:

Synephrine is also available as a supplement, often in combination with other ingredients.

There is no safe and effective dose of synephrine because no sufficiently powered study has been conducted to find one. Furthermore, the FDA has not approved synephrine for any medical purpose or health claim. However, some small clinical studies have found beneficial effects associated with certain amounts of supplemental synephrine.

In clinical trials, 50 mg per day of synephrine did not produce adverse effects when taken without caffeine. In combination with up to 320 mg of caffeine, the studies did not use more than 40 mg of synephrine per day [20].