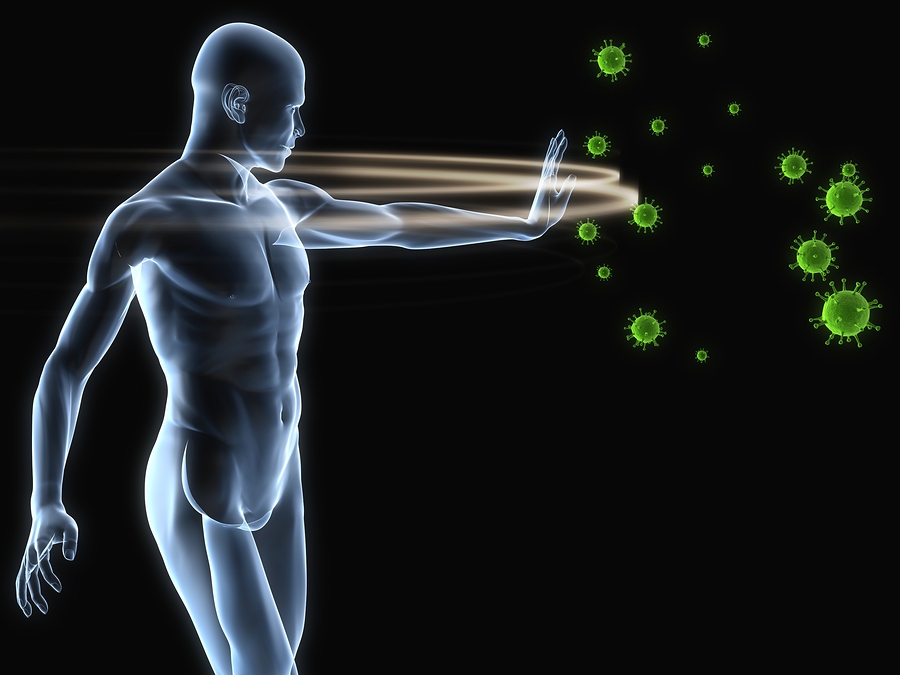 NADPH is a coenzyme that contributes to multiple biological reactions by supplying electrons. It helps protect the immune system, prevents anemia, and plays an important role in many reactions of the body. Read below to learn more about NADPH and NADPH oxidase.

Nicotinamide adenine dinucleotide phosphate (NADPH) is a form of NADP+ [1].

NADPH oxidases (NOX) are enzymes present in many blood cells and involved in antibacterial and antifungal defense, as well as the autoimmune system. The NOX family includes 7 members: NOX1, NOX2, NOX3, NOX4, NOX5, DUOX1, and DUOX2 [4].

NOX transfers electrons from NADPH inside the cell across the membrane and binds them to oxygen to produce the superoxide anion. This generates other reactive oxygen species [4].

NOX is a major source of ROS in biological systems. Under normal conditions, the processes are sometimes beneficial and necessary for life (e.g., when ROS act as messenger molecules or help destroy pathogens); however, under abnormal conditions, they can be very harmful [4].

It is important for cells to prevent excessive NADPH supply to NOX, because NOX can contribute to various diseases, such as cancer, artery hardening (atherosclerosis), high blood pressure, and Alzheimer’s disease [5].

NADPH increases the antioxidant status of the body. It provides the electrons necessary for biological reactions that involve reduction (the opposite of oxidation) and protects the tissues against oxidative stress and cell death [2, 6].

The production of glutathione (GSH), an important antioxidant, requires NADPH. Some scientists think that NADPH plays a bigger role in antioxidant defense in red blood cells than GSH [1].

NADPH also plays important roles in the function of two other antioxidant systems: thioredoxin and catalase [1, 7, 8].

NADPH is essential in protecting against oxidative stress in red blood cells (erythrocytes), which transport oxygen and carbon dioxide to and from the tissues [9].

A lack of NADPH can cause hemolysis or the rupturing of red blood cells due to oxidative damage of the cell membrane. The lack of viable red blood cells causes anemia [10].

NOX plays an important role in antimicrobial defense. Microbes and microbial-derived products activate NOX, which then assembles quickly and makes reactive oxidant intermediates (ROIs) to defend the organism against the infectious threat [11].

Neutrophils require NOX to protect the body from infectious microbes such as the fungus Aspergillus fumigatus and the bacteria Burkholderia cepacia, both of which can cause infections in people with a weakened immune system [12].

The effects of NOX activation on inflammation depends on the person and can either reduce or aggravate inflammation. Without NOX, excessive inflammation can cause frequent and harsh bacterial and fungal infections [11].

1) May Contribute to Cancer Growth

Various tumors rely on NADPH for cell survival and function. This suggests that the pathways that convert NADP+ to NADPH can be a therapeutic target for anticancer therapies [14].

In mice with skin cancer, NADPH production through the folate pathway helped cancer cells survive and promoted the spreading of cancer throughout the body [15, 16].

2) May Contribute to Brain Damage

NADPH oxidase (NOX) generates reactive oxygen species that cause oxidative stress and play a role in cognitive impairment. Most of its negative effects occur in age-related diseases, such as Alzheimer’s and Parkinson’s, as oxidative stress contributes to cell death and brain dysfunction [17, 18].

3) May Contribute to Anxiety and Depression

Reactive oxygen species are involved in pain signaling. The ROS from NOX1 play an important role in the development of increased sensitivity to pain (hyperalgesia). Mice lacking NOX1 had reduced pain during inflammation. Thus, blocking the NOX1 pathway may help reduce pain sensitivity [25].

Reactive oxygen species from NOX4 also contributed to pain due to nerve injury [27].

NOX-produced reactive oxygen species helped keep the skin healthy and at a balance (homeostasis) in animal and cell-based studies. These free radicals are crucial for skin and wound healing [28].

However, improper ROS production can prolong the inflammatory response and impair the healing process. It also increases inflammatory markers (such as Nf-kB, IL-4, and IL-13), which contributes to psoriasis and eczema [28].

6) May Contribute to Diabetic Complications

High glucose levels may induce NOX activity in the heart, causing oxidative stress and contributing to heart problems. However, the full roles of NOX enzymes in diabetes-induced heart disease are still unknown [34].

7) May Contribute to Rheumatoid Arthritis

The T cells of rheumatoid arthritis patients have high NADPH levels due to defects in the glycolysis pathway and PFKFB3 suppression [35].

8) May Contribute to Bone Loss

The body needs NOX4 activity for both osteoblast and osteoclast formation. Osteoblasts are cells that make proteins needed for bone formation, while osteoclasts destroy bone tissue. Both are needed for forming new bone and keeping balance (homeostasis) [36].

However, NOX increases reactive oxygen species formation, which increases inflammation. Both are risk factors for osteoporosis [36].

Dual (Both Positive and Negative) Effects of NADPH and NADPH Oxidase

However, in a study in mice, NOX4 limited artery clogging. The genetic deletion of NOX4 enzymes rapidly increased atherosclerosis development [40].

NADPH oxidase generates reactive oxygen species in the gut to maintain balance (homeostasis) and to defend against pathogens. People with low NOX levels are more susceptible to bacterial and fungal infections. NOX-deficient mice were more susceptible to gut colonization by a microbe that causes diarrhea and vomiting (Salmonella typhimurium) [41].

Although NADPH oxidase is important for normal immune responses in the gut, it can also contribute to colon inflammation. NOX increases reactive oxygen species in the body, which contributes to tissue damage during inflammatory diseases, such as IBD. For example, IBD patients have increased Nox1 production [41, 42].

People with a mutation that causes DUOX2 inactivation may be more susceptible to extremely low thyroid hormone levels (congenital hypothyroidism) [43].

NADPH oxidase is a major contributor to oxidative stress in fat tissue [44].

The reactive oxygen species that the NOX4 enzyme produces play an important role in fat cell formation and insulin signaling. NOX4-deficient mice have accumulated fat tissue and are more likely to become obese. After eating a high-fat diet, the NOX-4 deficient mice had increased body weight, inflammation, and insulin resistance [45].

However, in a different study, NOX4 production was higher in diet-induced obese rats. The increase in the enzyme was a response to obesity. The exact role that the NOX enzymes play in obesity remains unclear [46].

Ways to Increase or Decrease NADPH

The enzymes that contribute to NADPH generation include [1]:

Overproduction of glucose 6-phosphate dehydrogenase may increase NADPH concentration. However, this did not greatly affect NADPH levels in fungi [48].

Overproduction of the enzymes SIRT3 and/or IDH2 may increase levels of NADPH. This protects against oxidative stress and cell death [6].

There are also various NOX enzyme inhibitors. Some specifically inhibit NOX enzymes, while others have non-specific effects [51]:

There are also many NOX inhibitors whose development is currently being investigated [51].

Normally, NOX1 generates reactive oxygen species in the gut to maintain balance (homeostasis) and protect against pathogens. However, defects in the NOX1 gene can cause the onset of inflammatory bowel disease (IBD). Two SNPs (rs34688635 and a new, unnumbered one) are associated with a higher risk for IBD [53].