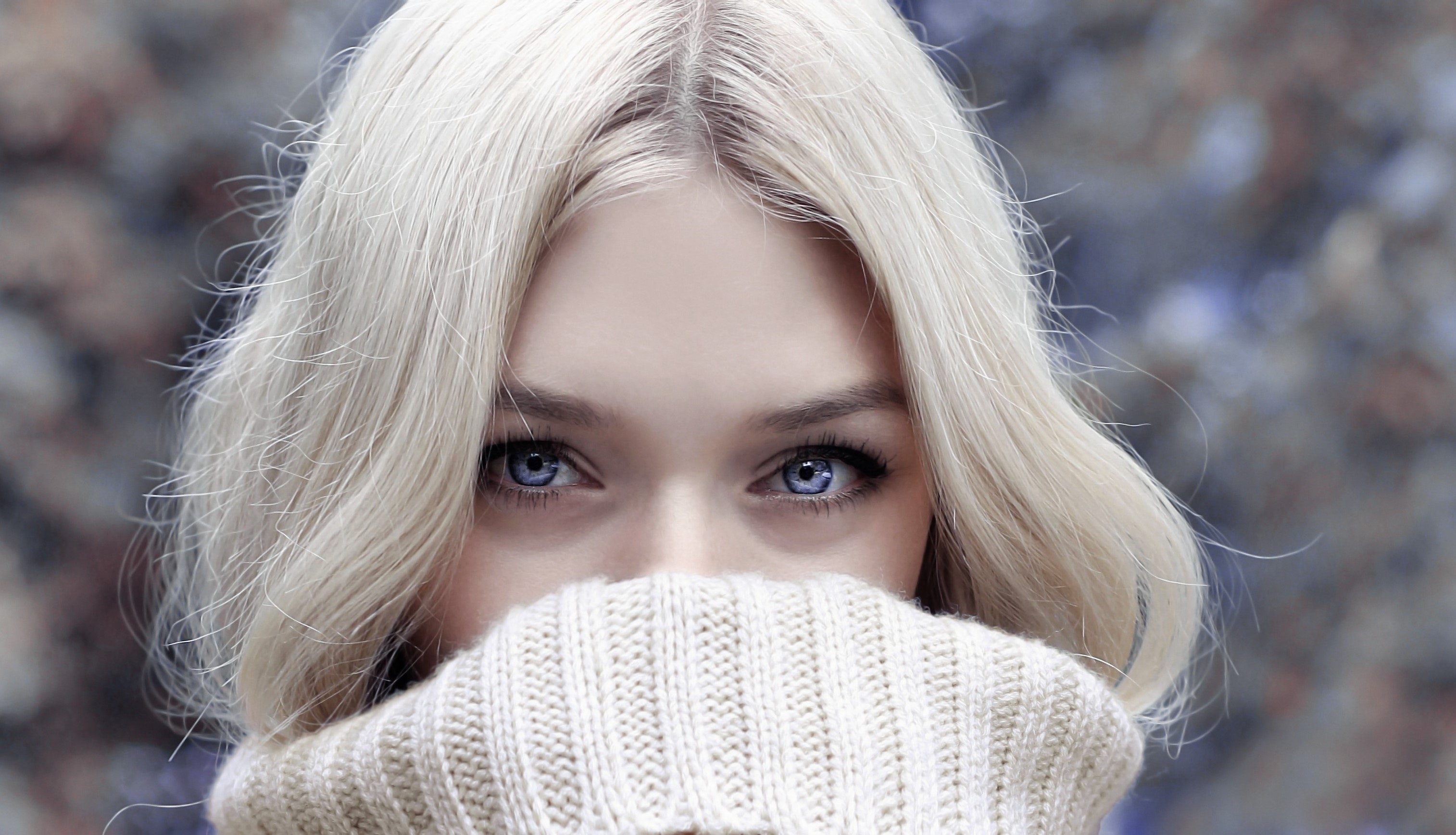 TUDCA is a bile acid that may help with liver and gallbladder issues. It is also being researched for protecting the brain and improving eye health. Read on to learn about the potential uses and side effects of this bile acid.

Tauroursodeoxycholic acid, more commonly referred to as TUDCA, is a bile acid that is found in trace amounts in the human body. Bile acids are compounds released from the gallbladder that help digest fats [1].

Unlike UDCA, TUDCA is not an FDA-approved medication in the US. UDCA is also known as URSO or ursodiol. UDCA is approved for the treatment of patients with primary biliary cirrhosis, which is an autoimmune liver disorder [2, 3, 4].

TUDCA is essentially the same molecule as ursodeoxycholic acid (UDCA). Specifically, TUDCA is UDCA with an added (conjugated) taurine. Both are bile acids and act on similar cellular pathways. They only slightly differ in solubility and bioavailability in the body [5].

Some evidence supports the use of TUDCA for diseases beyond the liver, though much more research is needed [5].

TUDCA is sold as a supplement. However, TUDCA supplements have not been approved by the FDA for medical use. Supplements generally lack solid clinical research. Regulations set manufacturing standards for them but don’t guarantee that they’re safe or effective. Speak with your doctor before supplementing.

The FDA issued a warning about TUDCA bulk products from China that are being used for research purposes. These products may be misbranded and are entering the US without passing any checks [6].

Bear bile, which contains large amounts of TUDCA, has been used in traditional Chinese medicine for more than 3,000 years. However, TUDCA obtained from bears is extremely controversial due to animal welfare concerns [7, 8, 9].

Bile is either extracted from live bears on “farms,” where bears are kept in small cages and are subjected to either perpetually open wounds or to constant invasive surgery or wild bears are hunted for their gallbladders. These practices persist even though TUDCA can be chemically synthesized [7, 8, 9].

However, TUDCA and UDCA are nowadays mostly synthetically produced. Scientists are continuously developing new methods for environmentally- and animal-friendly large-scale TUDCA and UDCA production, such as through the fermentation of certain bacterial strains [10, 11].

Scientists propose TUDCA may act by:

Cholestasis is a condition where bile doesn’t flow properly from the liver to the gallbladder and then to the small intestine [18].

Cholestasis is often associated with other liver conditions, including primary biliary cirrhosis (PBC) [3].

TUDCA was able to reduce cholestasis caused by liver injury from a lack of blood flow [19].

Effect on Liver Enzymes in Cholestasis

In one study done on 12 women with PBC over two months, TUDCA reduced liver enzymes by 51% [3].

Some scientists hypothesize that TUDCA may decrease liver enzyme levels at low doses, though proper clinical data are lacking. A study of 5 liver disease patients found that 10 – 13 mg TUDCA daily for three months was able to reduce the liver enzyme alanine transaminase (ALT) levels. The clinical significance of this finding is unclear [2].

The following purported benefits are only supported by limited, low-quality clinical studies. There is insufficient evidence to support the use of TUDCA for any of the below-listed uses.

Remember to speak with a doctor before taking TUDCA. TUDCA should never be used as a replacement for approved medical therapies.

Cirrhosis is a condition of the liver in which scar tissue replaces healthy cells. It is a common cause of death and illness and is currently the fourteenth leading cause of death worldwide [22].

A study found that TUDCA was safe and effective in the treatment of liver cirrhosis in 18 patients with the disease [23].

A study of 150 patients with hepatitis C found that TUDCA was more effective than placebo and progressively improving chronic hepatitis over the six-month trial period [20].

Scientists are also investigating the effects of TUDCA on hepatitis B and hepatitis D viruses in cells [25].

TUDCA was well-tolerated, and there were no differences in adverse effects between the TUDCA and placebo groups [26].

No clinical evidence supports the use of TUDCA for any of the conditions listed in this section.

Below is a summary of the existing animal and cell-based research, which should guide further investigational efforts. However, the studies listed below should not be interpreted as supportive of any health benefit/medical property.

No evidence supports the use of TUDCA for diabetic complications [13, 14].

Diabetic retinopathy (DR) is a complication of diabetes in which the blood cells of the light-sensitive tissue in the eye (retina) are damaged. Scientists are exploring the effects of TUDCA on human retinal cells exposed to high levels of sugar [29].

Researchers are interested to know if TUDCA can reduce neuron cell death (apoptosis) in dishes, as this process is involved in Alzheimer’s and other diseases of the brain [32].

One randomized, placebo-controlled, double-blind clinical trial is currently recruiting patients to investigate the effects of UDCA on the progression of Parkinson’s disease.

Scientists believe UDCA might rescue the function of the mitochondria and prevent c-Jun N-terminal kinase (JNK) activation. The JNK pathway leads to the death of neurons in Parkinson’s disease [35, 36].

The effects of TUDCA on Huntington’s disease in humans are unknown.

Large-scale studies are needed before we can draw any conclusions [26].

A study in rats gave TUDCA one hour after a stroke and found that TUDCA raised bile acid levels in the brain. Scientists think this might be helpful for stroke recovery, though human studies are lacking [39].

In another study, TUDCA decreased blood clot volume and cell death due to stroke in animals. TUDCA reduced both wound volumes and cell death in the striatum (a part of the brain) of rats by 50% after a stroke [40, 41].

TUDCA reduced heart cell death following a heart attack in rats. The study suggested that the effects of TUDCA on heart function should be researched further in both animal models and humans [42].

The effects of TUDCA on eye and retinal health in humans remain unknown.

Retinitis pigmentosa (RP) is a disease of the brain (neurodegenerative) that results in blindness [43].

A study done on mice reported that TUDCA improves RP in mice [43].

The study noted that TUDCA preserved rod and cone (cells of the eye responsible for vision) function, and prevented cell death of rods of cones [43].

Choroidal neolization (CNV) is the creation of new blood vessels in the choroid layer of the eye, which is a thin layer directly behind the retina that absorbs scattered light. It results in significant and permanent vision loss from the formation of scar tissue [47].

In mice whose eyes were exposed to a laser to cause CNV, TUDCA prevented CNV formation [48].

The study suggested that TUDCA should be further researched for its effects on CNV-related retinal diseases [48].

Based on the existing evidence, TUDCA is likely ineffective for weight loss and obesity.

In a study of 20 obese volunteers, 1,750 mg TUDCA daily for four weeks increased insulin sensitivity by 30% in muscle and liver tissue [49].

However, in the same study, there was no change in the sensitivity of fat tissue to insulin [49].

Moreover, no effects on blood glucose or insulin levels were seen, and TUDCA had no significant influences on body fat or weight [49].

Despite these negative findings, bodybuilders are using TUDCA as a weight-loss drug or muscle-building supplement.

The following adverse effects have been reported with the use of UDCA, which is similar to TUDCA [51]:

A dose-response study of TUDCA tested doses of 500 mg, 1000 mg, and 1500 mg per day over six months, finding that there was little difference between the doses on liver markers [50].

One study suggested 60 mg/kg/day as a tolerable and administrable dose for humans [52].

In otherwise healthy obese persons, doses of 1,750 mg daily have been tolerated for up to four weeks [49].

In liver transplant patients, 500 mg of TUDCA taken daily for one year was not associated with any adverse effects [54].

TUDCA for nonalcoholic fatty liver (steatohepatitis): “TUDCA seriously played a huge role in saving my life. If you’re taking a lot of supplements or medications, or get frequent stomach pain across the upper quadrants, or else abuse your liver, try this”.

TUDCA for Parkinson’s disease: “I have been taking TUDCA since November 27th, 2014, about 6 months after my Parkinson’s diagnosis. I started with 1,000 mg of TUDCA plus an assortment of other supplements for alpha-synuclein aggregation and brain inflammation. After about six months, I was not experiencing any symptoms even when tired, stressed or sick. I still have no symptoms. It will be three years this November”.

TUDCA for bodybuilding: “My results were amazing and the side effects were essentially nonexistent and I truly think a lot of that had to do with me running this tudca as it was really the only thing different I had added to my usual cycle”.

TUDCA for liver health: “Anyone with liver issues will benefit from the product. The capsules taste awful but that’s not really an issue nor the manufacturer’s fault, some powders just have a foul taste even in a capsule. I’ve been taking it for 2 weeks now, since taking this my blood work has shown liver values are back in the normal range”.