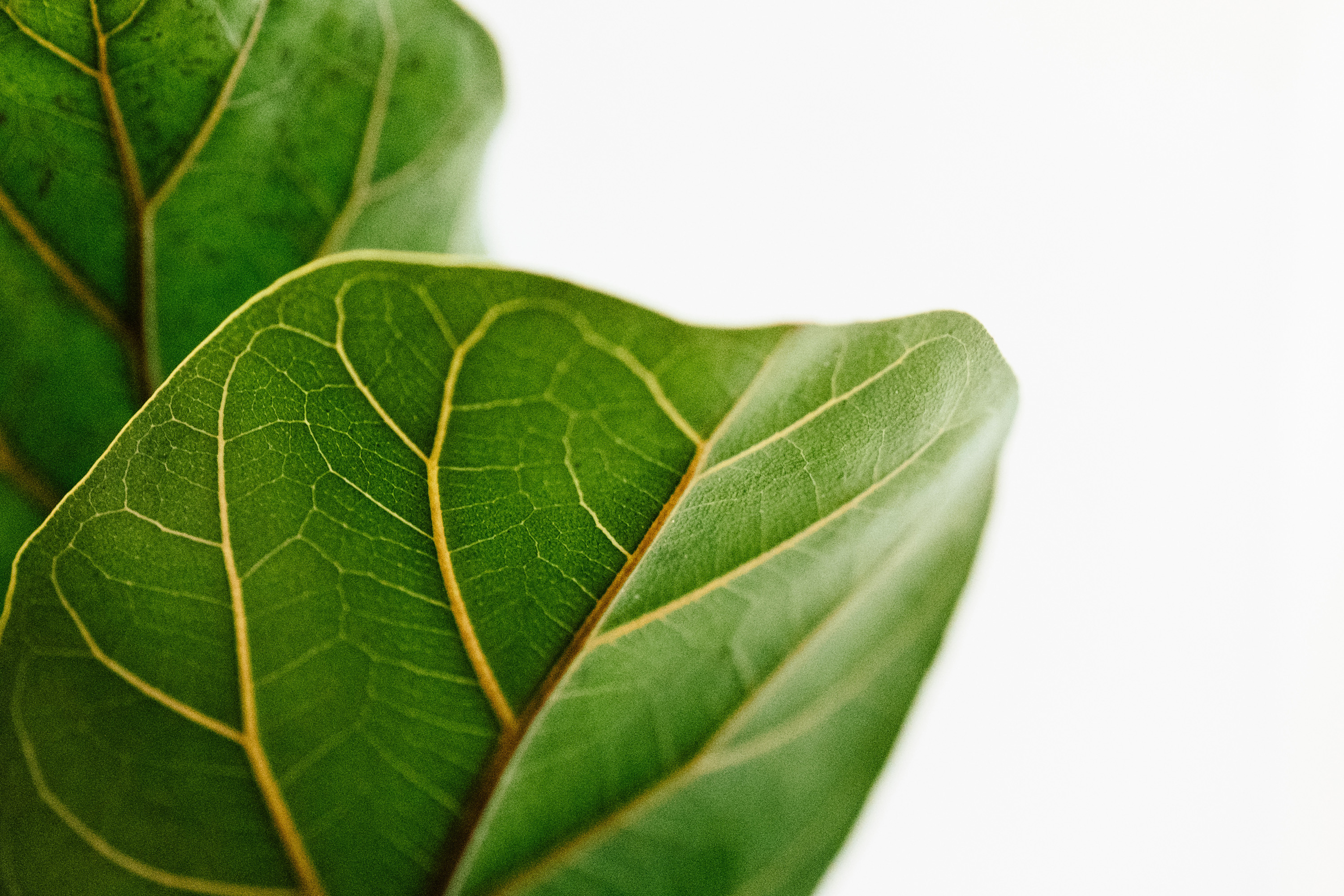 Gymnema sylvestre, a plant originally from India, has long been used in traditional medicine and is known as “the destroyer of sugar.” Read on to learn more about the impressive diabetes-fighting and other health benefits of Gymnema.

What is Gymnema sylvestre?

Gymnema sylvestre, the “destroyer of sugar,” gets its nickname from its effects related to sugar metabolism. It is believed to combat diabetes and help with weight loss, while its most peculiar ability is to temporarily suppress the taste of sugar on the tongue.

Gymnema is also known by the common names cowplant, gurmar, and periploca of the woods, and the scientific names Asclepias geminata and Periploca sylvestris [1].

The extracts of Gymnema sylvestre are usually prepared from the leaves, although the roots are also used in traditional medicine [2].

One of the most important components in the leaves of Gymnema silvestre are the saponins. Saponins are molecules that help dissolve oily substances and are used in cosmetics, pharmaceutics, and as food additives. They can help reduce cholesterol and fight cancer, but can also kill red blood cells [3].

Saponins found in Gymnema leaves (triterpene saponins) are called gymnemic acids, and are responsible for its anti-sweet property [4, 5].

Gurmarin is a peptide present in the leaves, which also blocks the sweet taste in rats, but has very little effect in humans [6].

Other components with biological activities are [5]:

Many of the mechanisms below have been investigated in animals and cells only; this section discusses the potential mechanisms by which Gymnema exerts the effects observed in clinical studies, but these should not be considered benefits of Gymnema unless and until clinical studies are available.

Gymnemic acid blocks the taste of sugar (sucrose) and other artificial sweeteners like saccharin, aspartame, and cyclamate; but does not affect other flavors. It is believed to bind with the taste buds on the tongue, blocking the interaction with sugar and other compounds that activate sweet receptors [2, 7].

This effect wears off in approximately 40 minutes and has been recorded in humans, dogs, hamsters, and rats [2, 7].

Gymnemic acid lowered sugar blood levels, possibly by increasing the amount of insulin in the blood, and by activating the mechanisms by which the body uses and stores glucose [8, 9].

Gymnemic acid inhibits the secretion of an enzyme (gastric inhibitory peptide) that promotes the release of insulin [10].

A Gymnema extract, OSA, promoted the release of insulin from the beta-cells of the pancreas, possibly by activating protein kinases and interacting with calcium channels. It also promotes the synthesis of a precursor (preproinsulin) helping maintain a steady level of stored insulin in the beta-cells [11, 12, 13].

A Gymnema extract helped both protect and regenerate beta-cells (the cells that produce insulin) in the pancreas of diabetic rats [14].

At higher doses, gymnemic acid increased the release of insulin from the beta-cells of the pancreas, apparently by damaging their membrane, causing insulin to “leak” out [15].

Fat Levels in the Blood

Gymnemic acid slowed the contraction of the small intestine, thus reducing the absorption of some substances like glucose and fat [16, 17, 18].

In genetically obese rats, gymnemic acid improved fat metabolism by lowering the levels of triglycerides and total cholesterol and increasing the proportion of “good cholesterol” (HDL-cholesterol) [21].

Gymnema extract decreases pancreatic lipase activity, an enzyme that breaks down fat, allowing it to be absorbed by the gut. Therefore, this activity is potentially beneficial in preventing obesity [22].

In obese rats, oxidative stress is increased, causing cell death and a decrease in the antioxidant defenses of the body. The use of Gymnema extract helps restore the normal levels of leptin, apolipoproteins B and A1, and caspase-3 while preventing cell death in the heart [24].

Gymnema extract stimulated macrophages to generate an immune response and produce reactive oxygen species. It also stimulated the rapid growth of both T- and B-cells in rat spleens [25].

Gymnema supplements have not been approved by the FDA for medical use and generally lack solid clinical research. Regulations set manufacturing standards for them but don’t guarantee that they’re safe or effective. Speak with your doctor before supplementing.

The needed drug dose was reduced in 22 patients with type 2 diabetes taking 400 mg of a Gymnema supplement (GS4) along with their medication for 18 – 20 months in a CT. 5 patients didn’t need any conventional treatment at all for the duration of the trial [26].

When 27 patients with insulin-dependent diabetes took 400 mg a day of a Gymnema supplement (GS4) for up to 30 months in a CT, their needed insulin dose was reduced to almost half [27].

In a CT with 11 patients with type 2 diabetes taking 1 g a day of a Gymnema supplement (OSA) for 60 days, blood glucose decreased as a result of higher blood insulin levels [28].

In a CT with 8 patients with type 2 diabetes taking 500 mg of ground Gymnema leaves for 40 days, glucose levels lowered, but there was no change in fat levels (cholesterol, triglycerides, HDL or LDL) [29].

Gymnema extracts are believed to help improve diabetes by the combination of several actions: slowing the absorption of glucose in the gut, stimulating the release of insulin from the pancreas while helping to regenerate the cells that produce it (beta-cells, which are damaged by diabetes), and correcting the use and storage of glucose in the body.

The following purported benefits are only supported by limited, low-quality clinical studies. There is insufficient evidence to support the use of Gymnema for any of the below-listed uses. Remember to speak with a doctor before taking Gymnema supplements, and never use them in place of something a doctor recommends or prescribes.

Some evidence suggests that Gymnema extracts may aid weight loss by helping control sweet cravings, and by diminishing the absorption of glucose and fat from the gut. In 24 overweight adults with metabolic syndrome, 600 mg/day of Gymnema slightly reduced BMI after 12 weeks [30].

However, in a CT with 11 patients with type 2 diabetes, taking 1 g/day of a Gymnema supplement (OSA) for 60 days did not cause weight loss [28].

While the use of a Gymnema extract did not cause weight loss in normal rats, it did stop weight gain in genetically obese rats and in rats fed with high fat and cafeteria (high carb) diets [19, 24, 21, 22].

No clinical evidence supports the use of Gymnema for any of the conditions listed in this section. Below is a summary of the existing animal and cell-based research, which should guide further investigational efforts. However, the studies listed below should not be interpreted as supportive of any health benefit.

A high-fat diet can elevate blood levels of triglycerides and total and bad cholesterol. This is a risk factor for the narrowing and hardening of the arteries (atherosclerosis), which can develop into coronary heart disease.

The ability of Gymnema to lower blood fat levels, particularly of bad cholesterol, protected obese rats fed with a high-fat diet from heart disease and hardening of the arteries [24, 31].

Certain (phenolic) compounds present in plants act as antioxidants. The ones present in Gymnema extracts can inhibit the oxidation of fat, and decrease oxidative stress in diabetic rats as well as protecting mice from radiation-induced oxidative damage [23, 32].

Gymnema extract protected against ulcers in mice with aspirin-induced ulcers [33].

Other effects for Gymnema extracts have been observed, such as helping alleviate drug-induced arthritis in rats [5].

Due to the effects of Gymnema extracts on the immune system, it has been found to kill cancer cells in some tests, while it has no toxic effects or actually diminishes cell death in other cases [37, 38, 24].

However, many substances have anti-cancer effects in cells, including downright toxic chemicals like bleach. This doesn’t mean that they have any medical value. On the contrary, most substances (natural or synthetic) that are researched in cancer cells fail to pass further animal studies or clinical trials due to a lack of safety or efficacy.

When used in the recommended doses, Gymnema is considered safe for use by adults, but caution is advised for children and women who are pregnant or breastfeeding [1, 39].

Liver toxicity can occur in people with a special sensitivity to the components (idiosyncratic reaction) [40].

Allergic reactions may occur, especially in people who are allergic to plants of the milkweed family [41].

When taken on an empty stomach, Gymnema has been reported to cause stomach pain, nausea, and vomiting [1].

Research on the effects of patented Gymnema extract supplements is funded by the companies that produce them, representing a significant conflict of interest.

The use of Gymnema extracts along with the following drugs may increase their effects [41].

Glucose-lowering (hypoglycemic) drugs, such as:

Cholesterol/triglyceride lowering (antilipemic) medication such as:

A combination of the extracts of Garcinia cambogia and Gymnema sylvestre caused a decrease in 5-6% in weight and BMI, and a decrease in blood fat levels in a DB-RCT in 60 moderately obese adults [42].

To avoid adverse effects or unexpected interactions, talk to your doctor before using Gymnema supplements.

Gymnema sylvestre is available as tablets, capsules, liquid extracts, and dry leaves for preparing tea. The extracts are prepared from the leaves [5].

Some preparations are (or claim to be) standardized to a specific percentage of gymnemic acids:

There is no safe and effective dose of Gymnema for any medical purpose because no sufficiently powered study has been conducted to find one. That said, clinical studies have produced benefits at certain doses.

Most users are satisfied with the results, others have not seen any changes in their sugar blood level from taking the supplement, and a few report their blood sugar increased when they started using Gymnema.