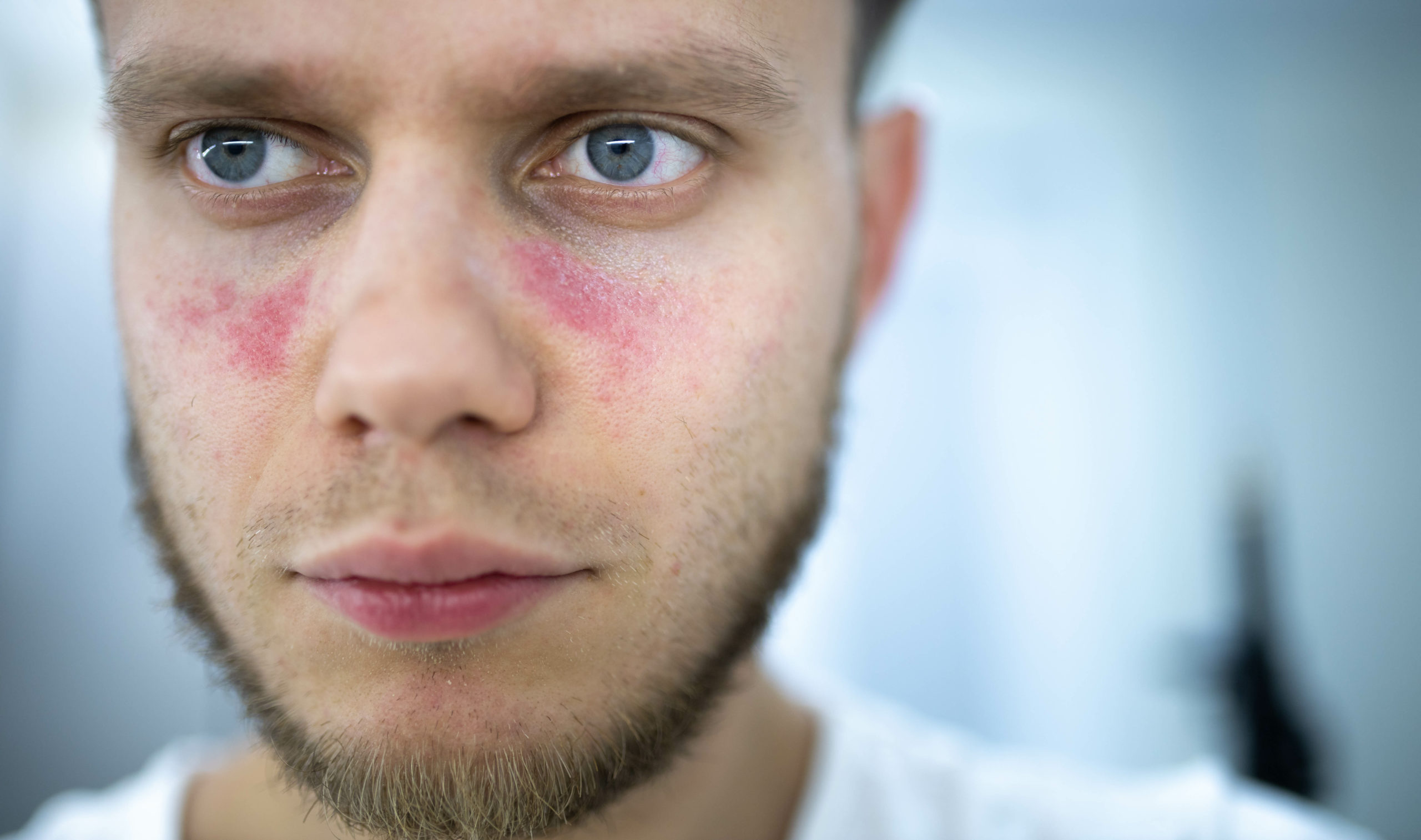 This article is for informational purposes only. None of the information here should be taken as medical advice. If you suspect you may have an autoimmune disorder, seek medical help. You may try the complementary approaches listed below if you and your doctor determine that they could be appropriate for you. Discuss the strategies listed here with your doctor.

Several meta-analyses found that the risk of lupus increases by approximately 50% in current but not in former smokers. Moreover, smoking may reduce the effectiveness of antimalarials such as hydroxychloroquine (used for skin injuries) by 50% and immunosuppressants such as belimumab (used for systemic symptoms) by 90% [3, 4, 5].

Although a moderate exposure to sunlight is the best way to increase blood vitamin D levels, which are often low in people with lupus, the skin of many people with this condition is hypersensitive to UV radiation and develops injuries in response to sunlight [6].

Using highly protective, broad-spectrum sunscreens prevented injuries caused by UV radiation in 3 controlled clinical trials (one of them placebo-controlled) on 56 people with lupus. People with lupus are advised to use sun protection every time they go out [7, 8, 9].

A study of 21 people with lupus found that daily stress worsened performance in cognitive aspects such as visual memory, visual fluency, and attention [10].

Several non-placebo-controlled studies found that stress-management psychological interventions such as cognitive-behavioral therapy or counseling may reduce anxiety and lupus severity while improving quality of life. However, a meta-analysis concluded that the evidence is based on a few, small trials that would require support from further studies [11, 12, 13, 14].

Acupuncture may help relieve the muscle pain associated with lupus. In a small non-placebo-controlled trial on 24 lupus patients, standard care failed to reduce pain while a 10-session course of acupuncture reduced it by at least 30% in 40% of the patients who received it [15].

Is “self-destruction” in your DNA?

If you suffer from systemic autoimmunity, you know how debilitating the symptoms can be. What you might not know is that your DNA could be responsible for your rashes, skin irritation, debilitating fevers, brain fog, sunlight sensitivity, ceaseless fatigue, joint pain, and more.

SelfDecode provides personalized supplement, diet, and lifestyle recommendations so that you can counteract any negative effects from your genetic variants.

People with lupus tend to have high levels of blood lipids (fats such as triglycerides and cholesterol), leading to increased risk of premature heart disease. In 4 controlled trials on 154 people with lupus, dietary interventions modestly improved blood lipid levels [16, 17, 18, 19].

Practicing a Mediterranean diet rich in olive oil, fruits, vegetables, and fish, and low in red meat, sugars, and pastries reduced lupus severity and the risk of heart disease in a study of 280 people suffering from this condition [20].

However, a large study of 173,000 women found that high-quality diets (including the Mediterranean diet) didn’t reduce the risk of developing lupus. The study only suggested a reduced risk of lupus in those with a high intake of nuts and legumes [21].

In 2 small trials (one of them non-placebo-controlled) of 49 people with lupus and kidney damage, taking 30 g of ground flaxseed daily improved kidney function while reducing inflammatory and artery-clogging markers [22, 23].

In a placebo-controlled trial of 68 people with lupus, taking 1000 mg/day of a green tea extract with 22% polyphenols (equivalent to one cup of green tea) for 12 weeks improved disease severity and quality of life [24].

A balanced, low-protein diet with a highly energetic mixture and essential amino acids improved nutritional status and stopped the progression of kidney damage in a non-placebo-controlled trial of 46 people with lupus [25].

In a small non-placebo-controlled trial on 23 women with lupus, both a low-calorie and a low-glycemic-index diet were equally effective at reducing fatigue [26].

DHEA should never be used without the prescription or recommendation of a medical professional. Talk to your doctor before using DHEA for any purpose.

However, it didn’t help prevent clogged arteries or osteoporosis, worsened blood fat profile, and showed no benefits in people with severe or inactive lupus. A meta-analysis concluded that it may only have short-term benefits on quality of life [38, 39, 40, 41, 42].

People suffering from lupus have lower vitamin D levels and are at a higher risk of deficiency than healthy people according to several meta-analyses involving over 4k people [43, 44, 45, 46].

Controlled trials of 490 lupus patients found that supplementation with vitamin D increases the blood levels of this vitamin and may reduce fatigue, but has no effect on lupus severity [47].

Thunder god vine improved several cases of lupus in China. Most of the studies (a combination of case studies and non-placebo controlled trials) that support its use date back to the 80s, leaving this benefit uncertain [48, 49, 50, 51, 52, 53, 54].

In a placebo-controlled trial of 36 people with lupus, supplementation with 2.4-4.8 g/day N-acetylcysteine (NAC) reduced lupus severity, fatigue, and the overactive immune response [62].

The same doses reduced ADHD symptoms in another placebo-controlled trial of 49 patients with lupus [63].

According to a preliminary placebo-controlled trial on 24 lupus patients, short-term turmeric supplementation may decrease blood and kidney damage (measured as protein in the urine) along with systolic blood pressure [66].

In 6 clinical trials (most of them placebo-controlled) of 230 people with lupus, supplementation with 3-20 g/day omega-3 fatty acids for up to 6 months improved the symptoms, fatigue, quality of life, blood vessel function, blood fat profile, inflammatory markers and oxidative stress [67, 68, 69, 70, 71, 72].

However, the results are mixed: omega-3 fatty acids were ineffective at improving lupus severity and kidney damage in 4 placebo-controlled trials on 181 people [73, 74, 75, 76].

Zinc is available as a supplement; the richest dietary sources include beef, pork, oysters, and other seafood [79].

Is “self-destruction” in your DNA?

If you suffer from systemic autoimmunity, you know how debilitating the symptoms can be. What you might not know is that your DNA could be responsible for your rashes, skin irritation, debilitating fevers, brain fog, sunlight sensitivity, ceaseless fatigue, joint pain, and more.

SelfDecode provides personalized supplement, diet, and lifestyle recommendations so that you can counteract any negative effects from your genetic variants.