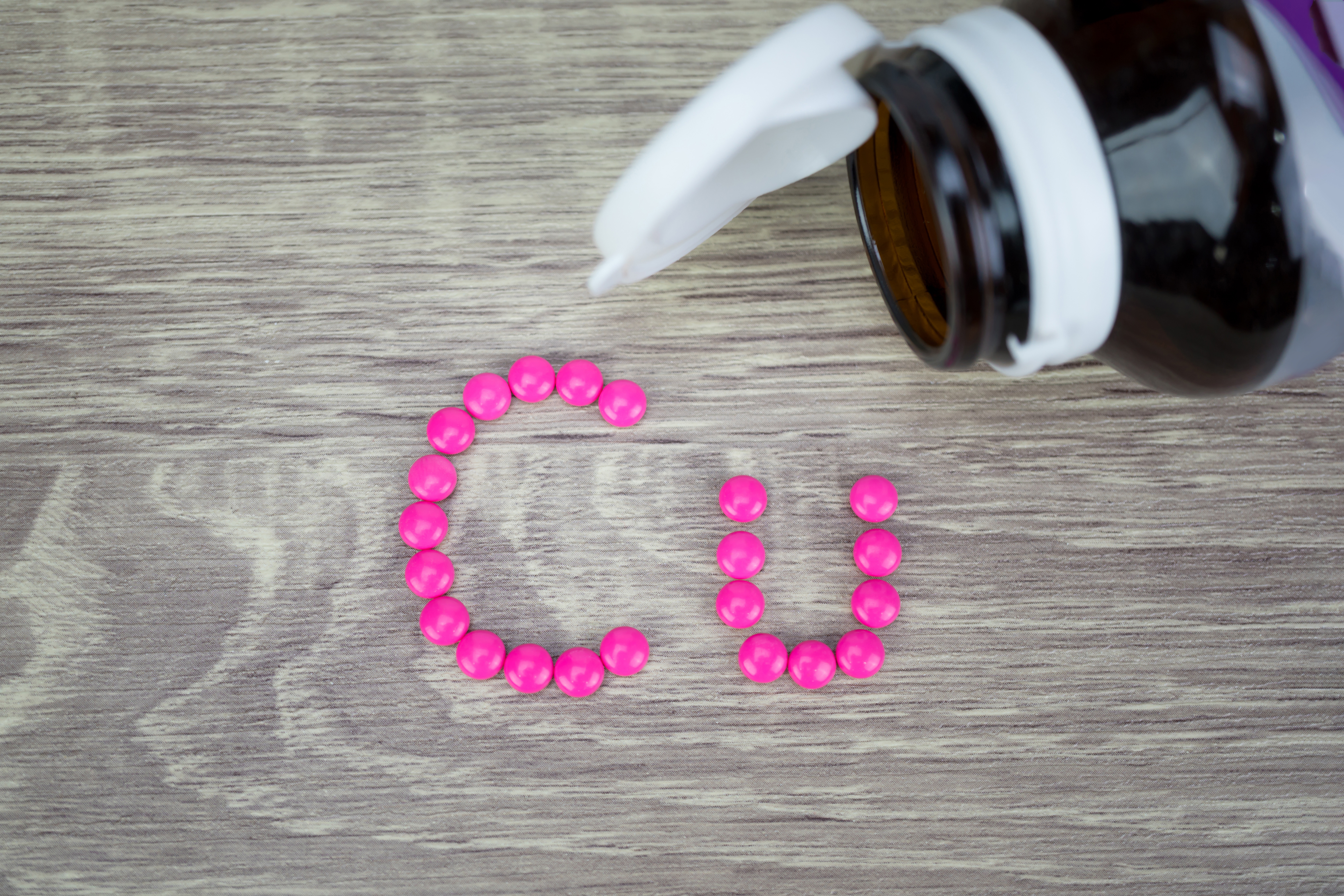 Copper deficiency is quite rare as we need only trace amounts and most people get enough from a diet. However, it might be worth investigating in certain cases, such as hypothyroidism, anemia, poor immune function, and hair loss. Read this post to learn more about the harmful effects of copper deficiency, associated conditions, and ways to test copper levels.

Most adults living in developed countries obtain proper amounts of copper through their diet, supplements, and drinking water [2].

Groups at risk of copper deficiency include:

If you notice the following signs & symptoms of copper deficiency, immediately seek medical attention. Copper supplements are not meant to treat a diagnosed deficiency or any of the associated conditions.

Copper levels are a marker of general health and nutritional status. Low or high levels don’t necessarily indicate a problem if there are no symptoms or if your doctor tells you not to worry about it.

Anemia is rapidly corrected within a few weeks with copper supplementation while oral iron may have no effect if the cause lies in copper deficiency [32].

Neutrophils can’t produce superoxides and kill microorganisms as effectively in people with a copper deficiency [36].

Low copper also promotes neutrophil activation and accumulation in the liver, which contributes to the development of inflammation [37, 38, 39, 7].

Bone abnormalities are most common in copper-deficient, low-birth-weight infants and young children [45, 46].

Copper-deficient diet in infancy could lead to brittle bones resulting in fractures, forms of (osteogenesis imperfecta, and osteoporosis) [47, 48].

A study on elderly patients showed that low (blood copper levels are associated with an increased incidence of bone fractures [49].

Myelopathy (disease of the spinal cord) occurs in copper-deficient individuals and presents with walking difficulties [16, 52].

Neurologic manifestations are generally attributed to decreased levels of cytochrome C oxidase and may be similar to those observed with vitamin B12 deficiency [53, 54].

These symptoms can significantly improve after oral copper supplementation [53, 55].

Severe copper deficiency in rats altered heart function and caused enlargement of the heart which may lead to congestive heart failure [56, 57, 58].

Copper is a cofactor of the enzyme tyrosinase, which is required for the formation of the pigment melanin. Melanin is the pigment that gives color to the hair, skin, and eyes [63, 64].

Decreased pigmentation of the skin and general pallor of copper-deficient infants can be attributed to decreased copper levels [54].

Copper is important for hair growth [65].

Copper concentrations were reduced in men with hair loss comparing to those without hair loss [66].

Copper deficiency also reduces the conversion of T4 to T3, the latter of which is the more potent thyroid hormone [67].

This test measures the total amount of copper in the blood.

Normally 65 – 90% of copper in the blood is carried by a protein called ceruloplasmin [70].

This test measures the amount of copper unbound by ceruloplasmin, the copper that is “free” to accumulate in the liver and other organs.

Ceruloplasmin is a protein that transports copper in the blood.

Ceruloplasmin is an acute-phase reactant and may be increased in stress, inflammation, hormonal changes, infection, and various chronic diseases, such as arthritis and cancer, thus its use as an indicator is limited [77, 78].

Liver copper concentration is the best indicator of copper status.

However, this is an invasive procedure, and it is only justified when there is evidence of liver damage as a result of copper overload [81].

Liver copper is elevated in Wilson’s disease and other liver disorders.

The determination of copper-containing enzymes in red blood cells appears to be a promising technique for assessing copper status in humans.

The enzyme activities are sensitive to changes in copper stores and are not as sensitive to factors not related to copper status, such as inflammation and infection [82].

SOD activity changes in response to changes in copper status before any differences in blood copper or ceruloplasmin activity occur [61].

A decrease in the activity of SOD was found in patients deficient in copper and in subjects with low copper intakes.

Cytochrome-c activity is reduced in copper deficiency. This decrease occurs before the appearance of a change of SOD activity, suggesting this may be a more sensitive marker of copper status [81].

Sensitive indicators of copper may also include the activity of the enzyme glutathione peroxidase, and concentrations of platelet copper and clotting factor VIII [84].

Wilson’s disease (hepatolenticular degeneration) is an inherited disorder in which excessive amounts of copper accumulate in the body, particularly in the liver and brain [85, 86].

It is caused by mutations in the (ATP7B gene which results in defective excretion of copper into bile [87, 88].

In many individuals, copper deposits in the eye, and forms a green-to-brownish ring, called the Kayser-Fleischer ring [90].

Treatment with penicillamine is effective in most cases while trientine and zinc are useful alternatives. Liver transplantation is required for irreversible liver damage [91].

Menkes’ disease is a rare inherited disorder caused by the absence of the ATP7A gene [92].

This genetic mutation results in defective copper transport across the intestine, placenta, and brain. The disease, therefore, resembles a severe nutritional copper deficiency despite adequate ingestion of copper [93].

Children with Menkes’ disease typically begin to develop symptoms between 2 – 4 months of age, and most children die by age 3 [54].

Symptoms arise from the deficient activity of essential cuproenzymes. It is characterized by sparse, kinky hair, failure to thrive, mental retardation, inability to control body temperature, and bone defects [94].

Severe Menkes’ disease is fatal, and no therapy is currently available. Early treatment with copper histidine may be of value in less severe cases [92].

It is characterized by calcium deposits in the skull bone, coarse hair, and loose skin and joints [96].

Drugs
4.5
69
Top 6 Benefits of Methylene Blue + Dosage & Side Effects
Brain
4.6
5
Factors that May “Grow” the Brain: Hope for Brain Injury?
Stress Reduction
4.2
5
What is Neurofeedback Therapy? + Potential Side Effects