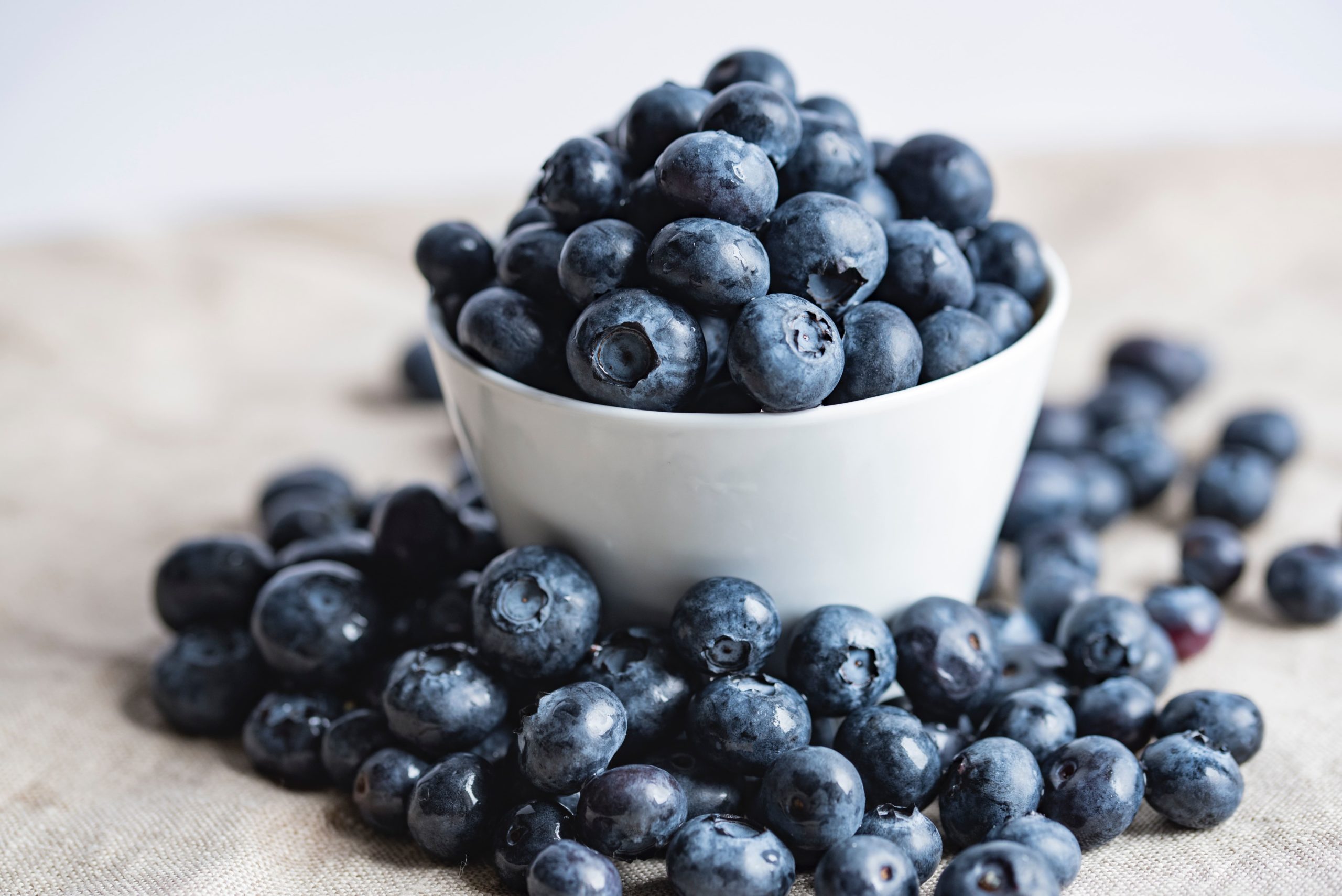 Blueberries are a North American favorite, and most people are certain they can recognize a blueberry if they see one. But bilberry, their European relative, looks almost identical. Bilberries also have similar nutritional value but are richer in anthocyanins – powerful, bright-colored antioxidants, yet both are healthy and tasty. Read on to find out how these two berries differ!

Although they are closely related and belong to the same family (Ericaceae), bilberries and blueberries are different. How can you spot the difference?

Bilberry (Vacciniummyrtillus) is a small bush with small, dark blue/purple berries. It is also known as European blueberry or whortleberry. The plant is native to forests and mountains of northern and central Europe but also grows wild in North America [1].

Blueberries (Vacciniumspp., especially V. corymbosum) are a group of widely cultivated bushes native to North America. Their fruits are similar to bilberries but grow in clusters and have pale greenish flesh with a flared crown at the end [2].

Simply put: if you’re in North America and see a plant that fits the description above in the wild, it’s probably a blueberry (or bearberry) bush. Some bilberry varieties do grow in the US, but these are not easy to find. The opposite is true for Europeans [3].

The US imports bilberries from Europe and, if you’re lucky, you may be able to find some frozen bilberries in stores.

These two berries also differ in their active compounds.

Bilberry is a popular fruit to snack on in Europe. People usually collect berries from wild plants.

Both blueberries and bilberries are eaten fresh, frozen, or dried. They can also be made into jams, juices, liquors, pies, and yogurts.

But bilberries, unlike blueberries, are almost impossible to cultivate and harvest [1, 4+].

On the other hand, anyone who has tasted bilberry or wild blueberry will tell you that cultivated blueberries are nothing like it.

Wild blueberry and bilberry are similar enough: both are tangy, only mildly sweet, and have a strong taste and color that comes from their high anthocyanin content.

Anthocyanin plant pigments in wild blueberries and bilberries are so strong that they will cover your hands and mouth a bluish-red tint that’s not easy to wash out. But precisely this gives them a characteristic flavor.

Cultivated blueberries, on the other hand, are sweeter and white on the inside. They won’t stain your skin, but their flavor is much less intense.

Bilberries have much higher levels of the anthocyanins cyanidin, delphinidin, and peonidin, while blueberries are richer in malvidin. Being higher in total anthocyanins, bilberries carry more antioxidant power [5+, 6+, 7+].

However, blueberries have higher levels of other phenolic compounds such as chlorogenic and coumaric acid, rutin, resveratrol, and epicatechin [9+, 10, 11].

Because both fruits are rich in antioxidants, they may be used for similar conditions. However, folk medicine uses bilberries more often for eye problems, blood flow, and diarrhea, while blueberries are preferred for chronic fatigue syndrome, cognitive function, and urinary tract infections.

In terms of nutritional value, these two berries are very similar, but raw bilberries seem to beat frozen blueberries when it comes to some nutrients.

It could be that raw blueberries have a higher nutritional content than frozen blueberries, since some vitamins and unstable compounds are lost by freezing fresh fruit. However, no data on the nutritive value of raw blueberries is available for comparison.

Bilberries are antioxidant-packed relatives of the North American blueberry. They’re the richest source of anthocyanins: colorful plant pigments that may protect you from free radicals. Blueberries also contain anthocyanins, but in smaller amounts.

These two berries have similar nutritional value, but bilberries are slightly higher in most vitamins and minerals. The taste of wild blueberries and bilberries is similar, but cultivated blueberries taste much milder and less tangy due to their lower anthocyanin content.

Bilberries are easy to find in Europe, but they’re more of a rarity in the US. You might be able to find them in some specialized food stores.