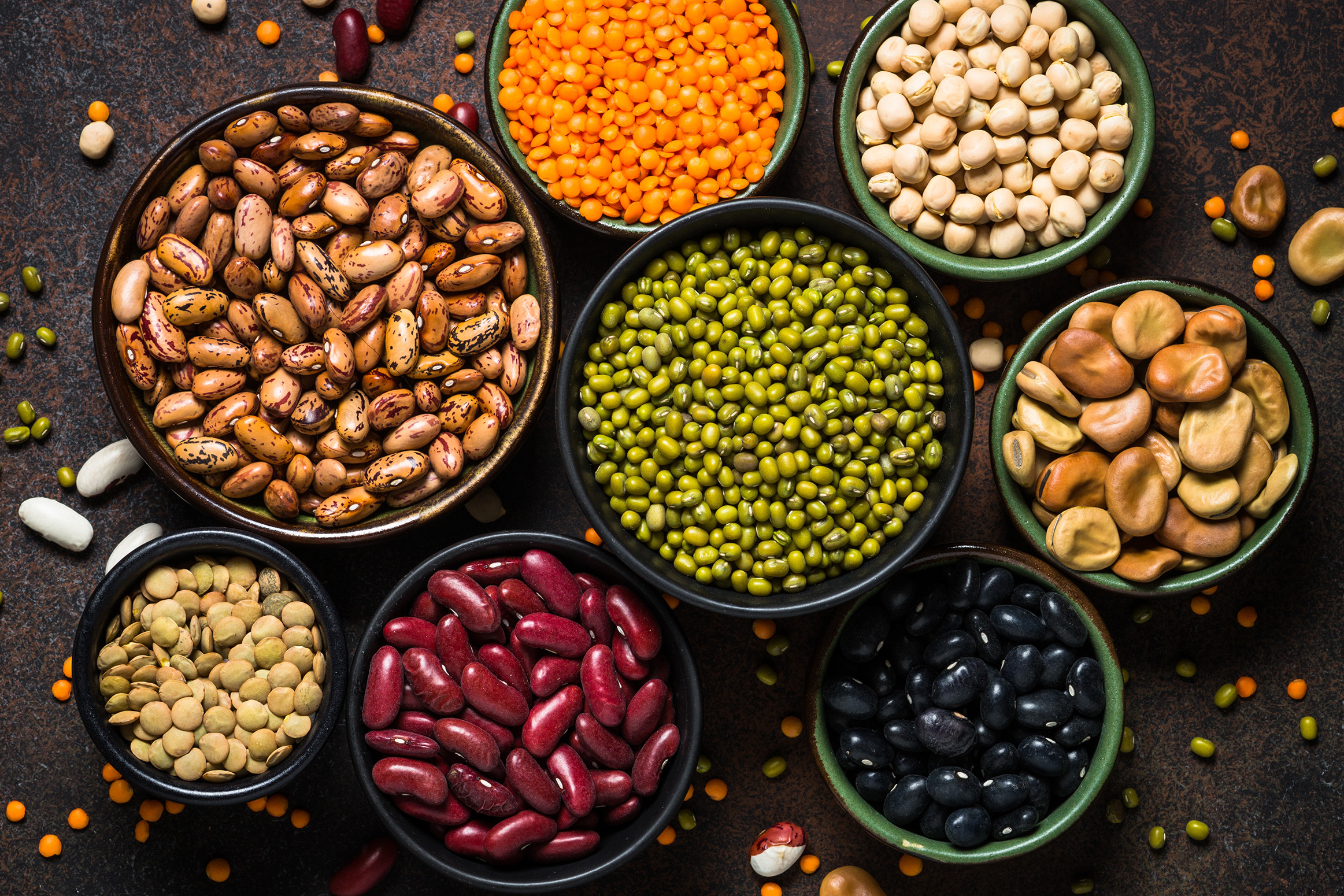 We need small amounts of manganese for stronger bones and sharper brains. It may also protect against depression, seizures, diabetes, and cancer, but beware when supplementing with this metal, because higher doses can be toxic.

Manganese is a trace metal essential to all forms of life. It is required for normal development, growth, and function of our bodies [1, 2, 3].

Manganese serves as an essential part of important enzymes such as glutamine synthetase and superoxide dismutase [4, 2]. These enzymes play a role in:

Manganese is a required part of a healthy diet. However, despite its many benefits, exposure to excess levels can be toxic. That is why it is necessary to keep manganese levels in balance [8].

Because it’s found pretty much everywhere, you’re more likely to have excess manganese than to be deficient.

Keep in mind that this section discusses the biological role of manganese, and not necessarily the benefits of taking manganese supplements. These functions may suffer if someone is deficient in manganese, but more is not always better, as too much manganese can be harmful. If you are concerned about your manganese intake, talk to your doctor to see if increased dietary manganese intake is a good idea for you.

Manganese superoxide dismutase (MnSOD) is the cell’s most important antioxidant enzyme. It neutralizes the toxic effects of reactive oxygen species (ROS) in mitochondria. MnSOD also protects cells from inflammation and cancer-causing agents, such as toxic chemicals and radioactive materials [10, 8, 11].

If you are deficient in manganese, you will have reduced MnSOD activity, which leads to cellular damage and dysfunction [11].

Support your MnSOD by making sure you get enough manganese. In a study of 47 young women, those taking manganese supplements had lower oxidative stress [12].

Several enzymes important for brain function work only in the presence of manganese [13].

In a study of 296 school-age children, children with higher urine manganese levels had higher IQ. This relationship was especially pronounced in girls [14].

Finally, in a study of over 1,200 children, girls that had higher exposure to manganese before they were born performed better in cognitive tests. However, in the same study, high manganese exposure in early life adversely affected children’s behavior. Once again, balanced manganese levels are important [16].

Both low and high manganese levels are linked to lower IQ in children. Balanced levels of manganese appear to be key.

Low levels of manganese may contribute to depression [7].

In a study of over 2,000 Japanese people, low dietary manganese was associated with a higher risk of depression. Similarly, in another study of 1,745 pregnant Japanese women, those with higher manganese intake were less likely to experience depressive symptoms during pregnancy [17, 18].

Manganese superoxide dismutase (MnSOD) likely plays a role. In a study of 236 people, those who had experienced multiple episodes of depression had lower levels of MnSOD [19].

People with low manganese and MnSOD levels might be at a greater risk of depression.

In both humans and animals, there is a link between low blood manganese and seizures [20].

Some studies suggest that neurological symptoms in epileptics may correlate with low brain manganese. However, it’s not clear if low levels of manganese make people more likely to experience seizures, or if seizures deplete manganese levels [21, 20].

A U.S. study found that children with autism had marginally lower levels of tooth manganese, which reflects their exposure to this metal [23].

Autism is associated with an increase of glutamate in the brain [24]. Glutamine synthetase, an enzyme that converts glutamate into glutamine, contains manganese [22]. Therefore, manganese deficiency may result in higher brain glutamate.

Furthermore, mitochondrial dysfunction is a key feature of autism. Manganese superoxide dismutase (MnSOD) protects the mitochondria from oxidative damage and dysfunction; if autistic people are deficient in manganese, they will not produce enough MnSOD to protect their mitochondria [24].

Autistic people may have lower manganese levels and may not produce enough MnSOD to protect their mitochondria.

According to a meta-analysis of 17 studies with over 2000 people, patients with Alzheimer’s disease have significantly lower blood manganese levels compared to their healthy counterparts. Therefore, manganese deficiency may be a risk factor for Alzheimer’s, but causal proof is still missing [25].

Mitochondrial dysfunction and an increase of glutamate in the brain are also associated with Alzheimer’s disease. As discussed in the section on autism, both of these can be associated with manganese deficiency [24].

Manganese is a part of various enzymes involved in cartilage and bone production. It also plays an essential role in incorporating calcium into growing bones [26, 27].

Some genetic disorders make it difficult for people’s cells to transport manganese. This type of manganese deficiency can cause short stature, also known as dwarfism, likely due to bone growth issues [28, 29].

Manganese is important for sperm cells to be able to “swim;” thus, manganese deficiency can reduce fertility in men [24, 22].

Both male and female animals experience reduced fertility if they are manganese deficient: females develop ovulation issues, while the testicles of males may degenerate [32].

In a study of 96 women, those with premenstrual syndrome (PMS) had lower blood manganese levels. In a small-scale study, reducing dietary manganese intensified mood and pain symptoms during PMS in 10 women [33, 34].

However, a larger study of over 3000 women found no relationship between manganese and PMS [35].

In a large study of over 10,000 people, higher manganese intake in the diet was associated with a lower incidence of type 2 diabetes and lower levels of HbA1c, an important marker of long-term blood sugar [40].

However, another study of 3200 people found a U-shaped association between blood manganese levels and diabetes. That is, diabetes risk increased for both the lowest and highest levels of manganese [41].

Manganese deficiency is linked to a higher risk of diabetes, and supplementing might help. However, too much manganese might increase your risk.

In a study of 550 Chinese adults, those with higher manganese intake in their diets had a significantly lower risk of developing metabolic syndrome [46].

Meanwhile, in over 5000 Korean adults, women who had metabolic syndrome had lower daily intakes of manganese [48].

In animals, when the mother is deficient in manganese, the offspring are more susceptible to high-fat-diet-induced obesity, high cholesterol, and inflammation [51].

However, it’s difficult to confirm the association between dietary manganese intake and metabolic syndrome. It may be the case, for example, that people who eat a healthier diet also happen to have higher manganese levels.

In fact, people eating plant-based diets (e.g. vegetarians) naturally have higher manganese intakes because plant foods are higher in manganese. These diets are linked with lower cholesterol and fewer metabolic issues, but not necessarily because of their manganese content [52, 53].

Lower manganese daily intake is linked with a higher risk of metabolic syndrome. But this could be because plant-based diets are higher in manganese and healthier in general.

According to a meta-analysis of 11 studies with over 1300 people, women with breast cancer had lower manganese levels than healthy women [55].

In support of these findings, the level of MnSOD gets reduced prior to the formation of cancer in mice [56].

This enzyme may help fight many types of cancer, but not all of them. Many human cancers have low levels of MnSOD. However, some cancers actually have high levels of this enzyme [54].

Manganese may protect against some types of cancer due to its antioxidant effects.

A combination of proteins containing manganese improved the appearance of several signs of skin damage from the sun in 15 female subjects. The treatment, applied directly to the skin, significantly improved hyperpigmentation, or the appearance of patchy dark spots [57].

Manganese in Food and Supplements

We get most of our manganese through our diet [5].

Legumes, rice, nuts, and whole grains contain the highest levels of manganese. This metal is also found in seafood, seeds, chocolate, tea, leafy green vegetables, spices, soybeans, and some fruits such as pineapple, blueberries, and acai. A cup of tea contains as much as 1.3 mg of manganese [58, 5, 2, 22, 59].

The adult dietary intake of manganese is normally anywhere from 0.9 to 10 mg per day. The US National Research Council has established an estimated safe and adequate dietary intake of 2-5 mg/day for adults [59, 6, 22, 60].

Most people already have more than an adequate intake of manganese and should be careful when supplementing this metal. People eating vegetarian diets and Western-type diets may have manganese intakes as high as 10.9 mg/day, close to the upper safe limit from all sources [52].

Bear in mind that 11 mg/day is often cited as the upper safe limit (where no adverse effects are observed) for manganese. We therefore recommend against using manganese supplements without the recommendation of a medical professional.

We get most of our manganese through plant-based foods in a healthy diet. Most people have no need to supplement; if you choose to supplement, be wary of the toxic effects of high manganese.

Manganese is an essential mineral that supports antioxidant enzymes like superoxide dismutase. Without it, oxidative stress may run rampant, and the bones and brain cannot properly grow and function.

Most people get more than enough dietary manganese from plant-based foods like legumes, leafy green vegetables, nuts, and whole grains. The safe upper limit of manganese is about 11 mg per day; because of the potential for toxicity, we recommend talking to a doctor before supplementing.

Want to learn more about manganese deficiency and the best ways to increase your intake? Check out our post here.