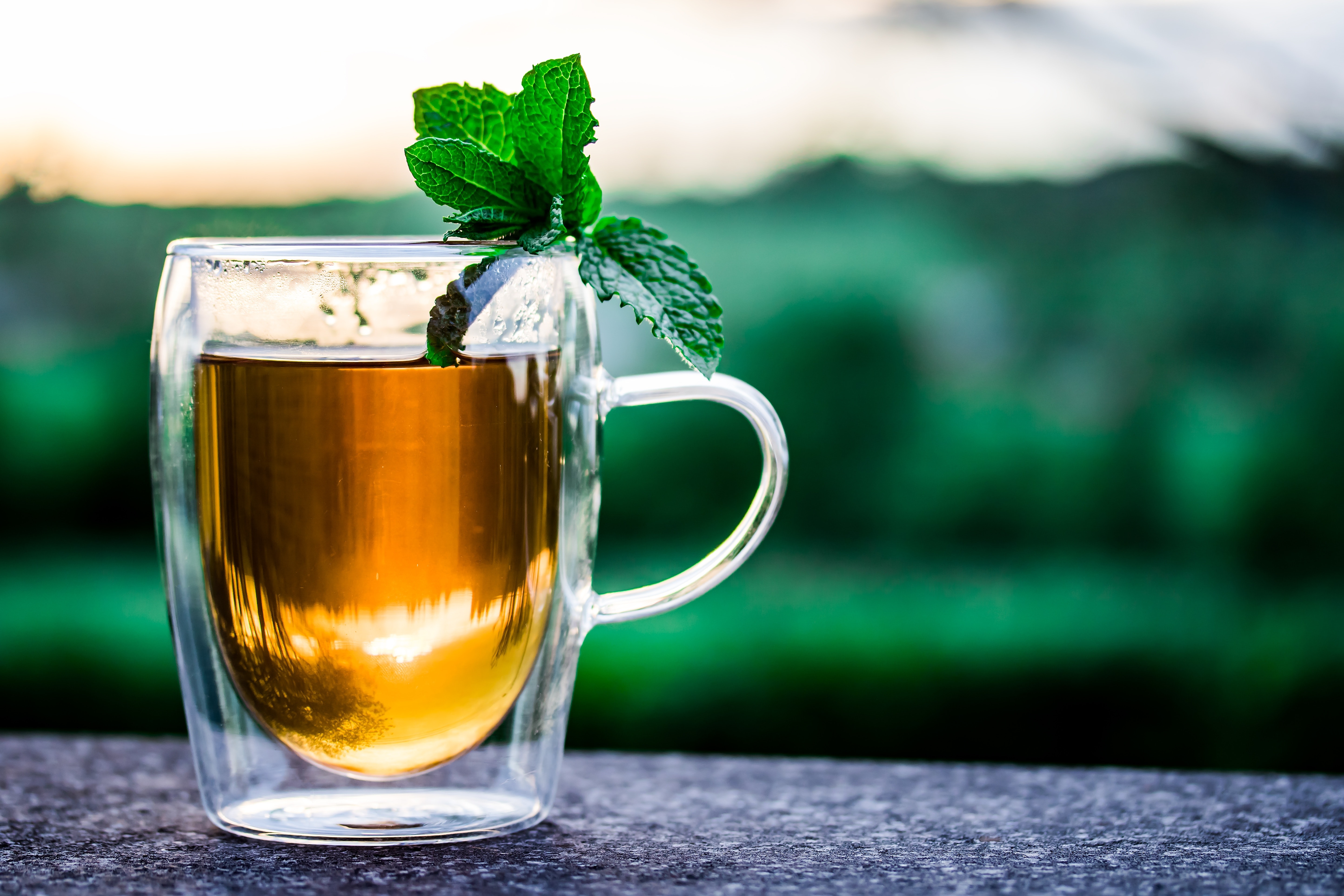 Fruits and vegetables have high levels of flavonoids, which are substances that have been studied for several health benefits. Chrysin is one such flavonoid that may have protective effects in the brain, heart, and lungs. Keep reading to learn more about how it works and if it’s safe to take.

Chrysin is a flavonoid that is found in mint (Radix scutellariae), bee glue (propolis), blue passionflower, and honey. Flavonoids are natural substances found in a variety of plants that may have several significant biological effects [1, 2].

Chrysin dietary supplements are commercially available. Animal and cell studies suggest that chrysin supplementation may have some health benefits, although clinical research is lacking [2].

There’s evidence that chrysin may decrease the cellular activity of the NF-KB molecule, which plays a critical role in controlling inflammation, immunity, cell division, and cell survival [3, 2].

Chrysin may also interact with the COX-2 binding site and act as a competitive inhibitor. COX-2 has a key role in inducing inflammation and decreasing levels of prostaglandin E2 [2].

Mice and cell studies suggest that chrysin may have anti-cancer effects, due to activation of the Notch1 signaling pathway [2].

Natural sources of chrysin include [1]:

No clinical evidence supports the use of chrysin for any of the conditions listed in this section. Below is a summary of the existing animal and cell-based research, which should guide further investigational efforts. However, the studies listed below should not be interpreted as supportive of any health benefit.

Chrysin has not been shown to treat or prevent cancer. The potential effect of chrysin in cancer has only been studied in animals and cells.

With that in mind, researchers have investigated the effects of chrysin in animals and cells on the following types of cancer [4]:

2) Protective Effects in the Brain

A study using mice found that chrysin may help reverse the damage done by toxic compounds, such as reactive oxygen species and acrylamide, by acting as an antioxidant [2].

In a mouse model of Parkinson’s disease, chrysin also acted as an anti-aging agent and may work to decrease memory impairment [5].

In a mouse study, chrysin supplementation reduced depressive behavior and brain (hippocampal) dysfunction. This effect may be due to increased BDNF levels [6].

A study of male rats suggests that oral administration of chrysin may increase testosterone production, sperm movement, and sperm concentration [7].

The same study also found that chrysin may reduce levels of abnormal sperm [7].

Other studies of diabetic rats suggest that chrysin supplementation may also protect against diabetes-associated complications, such as inflammation, memory and behavioral problems, fat levels, and oxidative damage in the brain, liver, and pancreas [10, 11, 12].

6) Protective Effects in the Heart

A review of mice and cell studies suggest that chrysin may reduce heart damage by activating PPAR-gamma and suppressing inflammatory pathways, such as MAPK and NF-kB [2, 14].

7) Protective Effects in the Liver

In a mouse study, chrysin supplementation reduced inflammation and TNF-α levels, which were increased during chemically-induced liver damage [15].

Chrysin also may reduce liver scarring (fibrosis), according to another mouse study [17].

8) Protective Effects in the Kidneys

A rat study found that chrysin may help reduce proteinuria (high levels of protein in the urine), which can be an indicator of kidney disease. In the study, chrysin also increased the filtration rate of the kidneys [18, 2].

Several studies in rats and mice have found that chrysin can help reduce allergic inflammation in the airways, possibly by reducing inflammatory pathways and molecules, such as inflammatory cytokines, iNOS, and NF-kB [19, 20, 21].

Researchers found that this combination supplement did not increase testosterone or athletic performance [22].

There are a few small human studies that suggest chrysin is possibly safe. However, there are no strong clinical trials that have evaluated the safety of chrysin in humans.

In a pilot study of 20 colorectal cancer patients taking irinotecan (a cancer medication), the administration of chrysin twice daily for 1 week did not cause any safety concerns [23].

Another human study where 7 participants were given a single 400 mg oral dose of chrysin resulted in no adverse effects [1].

A study of 10 young adult men taking a combination supplement daily for 8 weeks that contained 625 mg of chrysin did not identify any safety issues [22].

If you decide to take chrysin (or any other supplement) let your doctor know as there may be unexpected and potentially dangerous interactions with your other medications or health conditions. The drug interactions of chrysin are not well researched and there may be more potential interactions beyond the ones discussed here.

There is some evidence that chrysin may affect estrogen levels in the body. Chrysin should be avoided in those taking medications for cancers that are sensitive to estrogen levels [24].

In the following sections, we’ll discuss the common forms and dosages of chrysin that are commercially available. Chrysin is not approved by the FDA for medical use. Regulations set manufacturing standards for supplements, but that does not guarantee that they are safe or effective. Speak with your doctor before supplementing.

Chrysin is mostly sold in capsule or powder form.

There are also creams and serums that contain chrysin, although the safety and effectiveness of these topical forms are unclear.

Supplements are sometimes sold under different names, such as passionflower extract.

There is currently insufficient evidence to determine what a safe and effective dose of chrysin is.

Dietary supplements are available in doses that typically range from 500 to 750 mg. According to manufacturers, one capsule should be taken each day.

The opinions expressed in this section are solely those of chrysin users, who may or may not have medical or scientific training. Their reviews do not represent the opinions of SelfHacked. SelfHacked does not endorse any specific product, service, or treatment.

Users said that chrysin is very effective at increasing testosterone levels. People have supplemented chrysin while bodybuilding and one user said he felt stronger. However, others said that it increased aggression levels.

Some users did not notice any effects, and one user complained of acidity.

What is Dong Quai Root (Angelica sinensis)? + Side Effects