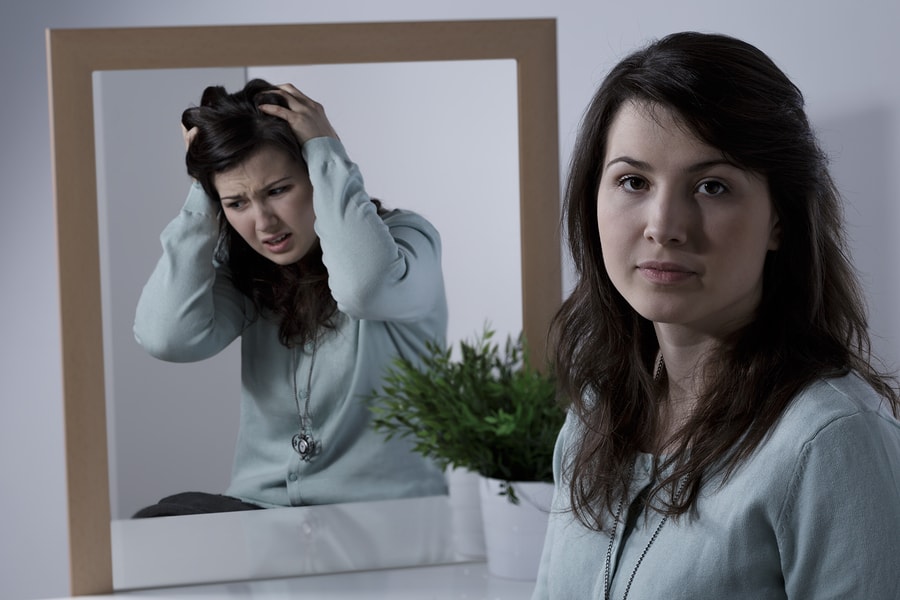 Ebselen is a research substance that contains selenium and has anti-inflammatory and antioxidant properties. Scientists have examined it in clinical trials as a potential treatment for bipolar disorder and stroke, but the available evidence is inconclusive. Keep reading to find out more about the potential uses, side effects, and dosage of ebselen.

Disclaimer: This post is not a recommendation or endorsement for ebselen. It’s still not FDA-approved for any medical condition. We have written this post for informational purposes only, and our goal is to inform people about the science behind ebselen’s effects, mechanisms, and potential medical uses.

Ebselen is a research substance containing the element selenium [1].

It has multiple effects on the body, such as preventing inflammation and oxidative stress [2].

Ebselen was initially tested as a treatment for stroke and is now under investigation in a clinical trial as a potential treatment for bipolar disorder [3, 4, 5].

Oxidants (hydroxyl radicals and hydrogen peroxide) can damage proteins, fats, and DNA. This speeds up aging and leads to age-related diseases, including stroke heart disease, Parkinson’s and Alzheimer’s disease [2].

Ebselen blocks the activity of oxidants and reduces cell damage via multiple mechanisms:

Ebselen has been studied for different health conditions. However, keep in mind that the evidence supporting these potential applications is still preliminary, and a lot more additional research is needed before they are approved. Therefore, take all of the information below with a grain of salt.

In a study, 300 stroke patients were given either ebselen or placebo for 2-weeks. Ebselen greatly improved stroke symptoms compared to placebo after 1 month, if patients received it within 24 hours of the stroke [3].

In two other studies, ebselen reduced brain damage from a stroke (ischemic and hemorrhagic stroke). The effect was greater if the patients received ebselen within 6 hours of the stroke [12, 13].

In a study, 286 stroke patients received either ebselen or placebo for 2 weeks. Ebselen prevented brain damage from stroke 2 weeks, 1 month, and 3 months after treatment [12].

Intravenous ebselen decreased damage to gray and white matter in mice with stroke by reducing the damage caused by oxidants (free radical species) in the brain [14, 12].

In rabbits, ebselen protected the brain from damage when it was given shortly after stroke [15].

Lithium is an effective treatment for bipolar disorder but has unwanted side effects and can be toxic even with normal doses [4].

In the first study of 16 healthy participants, ebselen mimicked the effects of lithium in the brain (by reducing levels of an enzyme, inositol monophosphatase). It also increased the recognition of emotions like disgust and happiness, reduced impulsivity, and improved decision-making, all important for bipolar disorder [5].

In another study of 20 healthy participants, ebselen reduced the glutamate and the enzyme Inositol Monophosphatase in the brain in a similar way to lithium [16].

Ebselen increased the recognition of positive emotions and decreased impulsive behavior in a study on 20 healthy participants, highlighting its potential to be used for bipolar disorder [17].

In a study, 83 healthy adults received ebselen at 200 mg, 400 mg, and 600 mg or placebo twice daily for 4 days before listening to music for 4 hours. Ebselen prevented noise-induced hearing loss better than placebo, with the most effective dosage being 400 mg [18].

In rats, treatment with ebselen before and immediately after exposure to noise decreased the loss of sound-sensing cells of the ear and prevented hearing loss [19, 20].

Ebselen decreased impulsive actions during a gambling task in a study on 20 healthy participants. The treated participants recognized positive emotions more than negative emotions, suggesting that ebselen may be used in impulsive and mood disorders [21].

No clinical evidence supports the use of ebselen for any of the conditions listed in this section. Below is a summary of the existing animal and cell-based studies; they should guide further investigational efforts, but should not be interpreted as supportive of any health benefit.

Ebselen shows potential both for the prevention and treatment of memory impairment diseases. In mice with symptoms of Alzheimer’s disease, ebselen improved learning and memory [22, 10].

An imbalance between antioxidants and oxidants is another early marker of Alzheimer’s disease. Ebselen decreased oxidative stress in mice. It also decreased the production of toxic proteins in the brain (by reducing the compounds needed to make Aβ proteins) [10].

Ebselen decreased the movement of white blood cells (polymorphonuclear leukocytes, T-lymphocytes) to joints and reduce inflammation in rats. These effects may be beneficial in treating arthritis, where joint inflammation can cause serious damage [23, 24, 25].

Diabetes can lead to various complications, including hardening of arteries (atherosclerosis) and kidney damage [26].

In mice with diabetes, ebselen protected against artery hardening and kidney damage by reducing oxidative stress [27, 28].

Osteoporosis is a disease where bones become fragile and more susceptible to damage.

In mice, ebselen reduced the breakdown of bone tissue by decreasing the production of cells that degrade bones [29].

Ebselen reduced tumor growth by a remarkable 58% in mice with human pancreatic tumors [30].

In breast cancer cells, the use of ebselen and radiation therapy increased cancer cell death and stopped cancer progression [31].

It also decreased tumor growth and invasion in kidney and pancreatic cancer cells [32, 30].

In rats, ebselen reduced toxicity in the kidneys caused by cisplatin, a type of chemotherapy. Cisplatin reduces the kidneys’ antioxidant defense, which ebselen helps to restore [33, 34].

Still, these results do not support the actual anticancer effects in humans. At this point, ebselen can’t be recommended for cancer prevention or treatment.

Ebselen prevented fluid buildup in the lungs and reduce inflammation of the lungs and airways (bronchi) in rats and mice [35, 36, 37, 38].

It reduced inflammation in muscles and restored the function of small blood vessels in rats [39].

Ebselen prevented liver injury caused by a bacterial toxin (staphylococcal enterotoxin B) by reducing inflammation and cell death in mice [40].

It reduced cadmium-induced damage to testes in mice by decreasing oxidative stress [46].

In roundworms, ebselen was effective in treating a drug-resistant bacterial infection (MRSA) better than current antibiotics (vancomycin and linezolid). It also increased the effects of antibiotics, helping to combat the infection [47, 48].

In test tubes, ebselen was effective in rapidly killing fungi within 2 hours of treatment, including [49]:

It was more effective than common antifungal drugs (fluconazole, flucytosine, and amphotericin) in killing fungi in roundworms [49].

In cells, ebselen blocked the activity of the following viruses [50, 51]:

Most studies on ebselen were done on animals.

There have been few clinical trials performed to test this drug. They were small-scale and most have not moved past phase 1 or 2 of the drug development process [4, 18, 3, 5].

Although ebselen is a clinically safe drug, there is no real proof of use yet.

Keep in mind that the safety profile of ebselen is relatively unknown, given the lack of well-designed clinical studies. The list of side effects below is not a definite one, and you should consult your doctor about other potential side effects, based on your health condition and possible drug or supplement interactions.

Ebselen is listed as a safe drug but without a proven use by the National Institute of Health Clinical Collection [4].

Ebselen can break down skin pigments and reduce melanin in the body, which might increase the risk of cancer [54].

In yeast, ebselen may damage DNA and turn off genes that help reduce the damage [55].

Ebselen causes calcium release from the mitochondria, disrupting mitochondrial function. This may result in loss of energy and quicker aging [2, 57, 58].

Drug interactions can be dangerous and, in rare cases, even life-threatening. Always consult your doctor before supplementing and let them know about all drugs and supplements you are using or considering.

In rabbits, ebselen enhanced the activity of tissue plasminogen activator (tPA), the current treatment for stroke [59].

Ebselen contains selenium, which can interact with different medications in various ways, listed below [60]:

The below doses may not apply to you personally. If your doctor suggests using ebselen, work with them to find the optimal dosage according to your health condition and other factors.

The dose in patients with stroke was 150 mg of ebselen granules in water twice daily [12, 3].

Ebselen was administered as capsules at a total dose of 3600 mg in the span of 24 hours in clinical trials in healthy volunteers. This should not be taken as the therapeutic dose, as higher doses are used in healthy volunteers to investigate how safe the drug is and how it is metabolized in the body [16, 21].