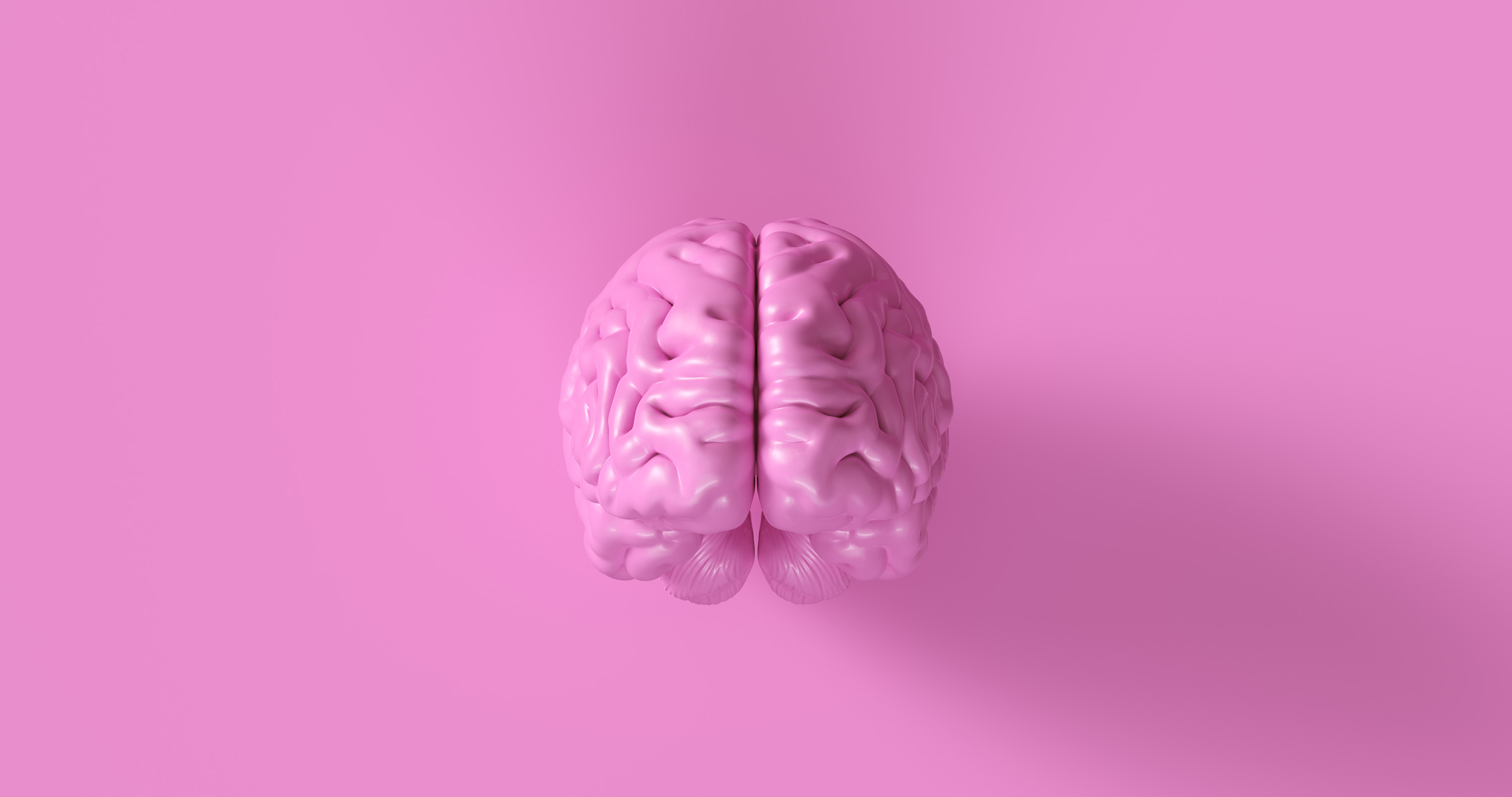 Histamine is often cast as a villain for its role in inflammation and allergies, but this neurotransmitter regulates sleep, appetite, sexual behavior, and more. Read on to learn about the many vital functions of this inflammatory signal molecule.

You may have landed here from our previous post on histamine. If so, you know that this biogenic amine acts on four receptors (H1R, H2R, H3R, and H4R) to regulate sleep, appetite, motivation, learning, memory, and sexual behavior.

If not, you may want to read that post before continuing into this deep dive into the health effects of histamine.

You may have heard some pretty bad things about histamine. It tends to be discussed in the context of bug bites, itching, and allergies, but histamine is extremely important to your body’s daily function.

Histamine sets your circadian clock. The first type of histamine receptor, H1R, helps you stay awake. Many antihistamine medications block this receptor, which is why they can make you drowsy [1, 2, 3].

H3R, by contrast, lowers histamine and promotes sleep. Neurons that release histamine are active during the day, stop working as you get drowsy in the evening, and start again after you wake up [4].

Low brain histamine can make you excessively sleepy during the day. It might also make waking up in the morning a struggle, even if you got enough sleep.

People with narcolepsy have low brain histamine and uncontrollably fall asleep during the daytime. Tiprolisant is a drug that can increase their wakefulness and brain histamine by blocking H3R [3, 5].

Histamine helps you stay awake during the day, which is why antihistamine medications can make you drowsy.

Histamine increases motivation to meet goals. It also reduces the drive to eat, so you can focus on completing tasks [6].

Brain histamine also makes animals more likely to explore new things. Mice with low histamine or low H1R have less interest in novelty and explore less when they are placed into a new environment. They also have reduced emotional responses to these new environments [6].

In one study, patients with depression had reduced H1R binding. By the same token, loss of histamine or histamine receptors causes depression in animals [6, 7].

This effect may have a dark side, however: people with anorexia have increased H1R activity, and mice with more H1R and less H2R activity are more likely to be anxious [8, 9].

Histamine is part of the body’s alarm system. Brain histamine increases alertness and focus and decreases pain and the desire to eat; these changes are part of the fight or flight response and prepare the body to respond to danger [6].

Histamine stimulates certain types of memory and learning, but inhibits others [11].

H1R is important for memory, learning, and wakefulness. H1R-deficient mice have general learning and memory impairments. They also have poor spatial memory and fail to make sense of space- and time-related information [14, 15].

Activation of histamine receptors improves object recognition, an important measurement of cognitive function in rats. The object recognition test measures the amount of time the animal spends exploring a new object relative to an object it has seen before, indicating whether it recognizes and remembers the old object [13, 16].

Also in rats, histamine promotes memory consolidation, the process by which short term memories are stored as long term memories [17, 18].

Histamine is necessary for learning and memory. H1R antihistamines can impair cognitive performance in people.

Some researchers believe that part of the cognitive decline in Alzheimer’s disease may be caused by low brain histamine and fewer histamine-releasing neurons [15].

People with Alzheimer’s tend to have lower H1R activity, the level of which correlates with the severity of cognitive symptoms. By contrast, they have higher blood histamine levels [15, 19].

When the body heats up, neurons release histamine. Activated H1R then dilates the airways and increases breathing rate. This process decreases body temperature [22, 23].

Histamine protects against seizures by increasing the seizure threshold: when histamine levels are high, it takes more stimulation to induce a seizure [26].

Treatments that increase brain histamine may improve some forms of epilepsy, while histamine-blocking drugs worsen it. For example, H2R and H1R antihistamines (such as diphenhydramine and famotidine) have both been implicated in seizures (as rare side effects) [27, 28].

On the other hand, blocking H3R facilitated histamine release and protected against seizures in humans and rodents [29, 30, 31].

Brain histamine may influence whether we have a preference for alcohol, and a variation in the HNMT gene has been linked to alcoholism, though this association is controversial [32, 33, 34, 35].

People with anorexia have more H1R receptors in the brain; they respond more strongly to histamine and have low appetite [6].

Brain histamine influences how often and how much we eat: more histamine reduces appetite, while less histamine increases meal size and duration of eating.

High histamine brain levels increase thirst and encourage you to drink more water. Prolonged dehydration (24 to 48 hours) triggers histamine release in the brain. In turn, histamine also increases the hormone vasopressin, which tells the kidneys to reabsorb more water and keep it in the blood [40, 41, 42].

Histamine and its receptors play a role in sexual function. Histamine deficiency prevented male mice from mating and shrank their testicles [43].

Histamine may also increase the release of hormones such as estradiol, prolactin, and LH, though this has only been confirmed in animals [46, 47, 48].

Histamine helps regulate the release of several hormones. It:

Histamine’s role in immunity and inflammation is complex and double-edged. Properly regulated, histamine is required for a healthy immune response, but too much can easily cause harm.

On the other hand, histamine deficiency in mice increased cytokine release, which helped them fight off tuberculosis in the early stages [59].

Histamine may either support or impair the immune response to infection, depending on the location and type of pathogen. Some bacteria and parasites even produce histamine themselves, hijacking the body’s inflammatory response [59].

Histamine usually helps your body fight off an infection. However, some bacteria and parasites make histamine of their own and can hijack the body’s inflammatory response.

However, some histamine activity is beneficial: People who take H2R antihistamines produce more IgE against food antigens. That is, H2R activity may protect against the development of food allergy [60].

Histamine receptor activation can either increase or decrease pain perception, depending on the circumstance.

Histamine has a complex relationship with cancer; it may promote or restrict cancer growth in different circumstances [64].

Cancer patients tend to have lower blood histamine. Also, a treatment combining IL-12 and histamine may prevent relapse in people with leukemia [64, 65].

Furthermore, histamine in the blood merges with cholesterol to produce dendrogenin A (DDA), a compound with antitumor properties. DAA prevents breast cancer and melanoma in mice [67].

Cimetidine, an H2R blocker, may be helpful in controlling one type of brain cancer (glioblastoma), while H3R blockers may help control another type (glioma) [68].

H4R blockers can slow the growth of colon cancer cells; this effect has not yet been reproduced in animal or human studies [33].

On the other hand, histamine in general shifts the immune system from Th1 to Th2 dominance, which may be relevant because Th1 cells fight cancer [69].

Histamine production is increased in tumor tissues, such as breast cancer, colon cancer, and melanoma. Histamine within tumors can enhance tumor growth by suppressing Th1 responses (LT-α, TNF-α, and IFN-γ) via the H2R [70, 71, 72].

Too little histamine promotes the growth of some cancers. Too much histamine is not good either: it can impair the immune response and reduce cancer defense.

Blocking H1R reduced tissue damage in some patients with IBD [73, 60].

On the other hand, histamine activity through H2R may be protective in IBD: blocking H2R increased the risk of hospitalization or surgery in patients with Crohn’s disease. In mice, H2R activation by a probiotic bacterium L. reuteri suppresses colon inflammation [60, 74, 75].

Histamine is required for a healthy sleep-wake cycle, appetite, motivation, learning, memory, and sexual behavior. Not having enough histamine can disrupt these processes in your body.

Histamine has complex relationships with infection, food allergies, cancer, and gut inflammation. In excess, it can contribute to inflammation, pain, itching, and allergic reactions.

This is the second post in a six-part series on histamine, histamine intolerance, and how to manage it. To learn more, click through the links below.

Low Histamine Diet: Does it Work? + Other Triggers to Avoid

Histamine Intolerance Symptoms: Could You Be Sensitive?