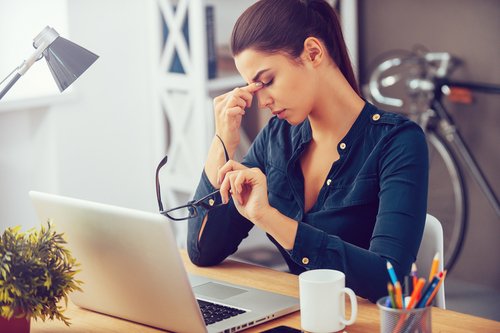 L. casei is a beneficial gut microbe that may have probiotic benefits for gut health, stress, immunity, and more. Read on to learn more.

What is Lactobacillus casei?

Lactobacillus casei is a Gram-positive, nonpathogenic lactic acid bacterium [1]. It is found in fermented dairy products (e.g. cheese), plant materials (e.g. wine, pickles) and in the reproductive and gastrointestinal tracts of humans and animals [2, 3].

As a nutritional supplement, Lactobacillus casei has been shown to improve intestinal microbial balance, arthritis, type 2 diabetes and to have potential anti-cancer properties [4].

Treatment with L. casei reduced oxidative stress caused by aflatoxin and induced a significant improvement in all the biochemical and histological liver parameters in rats [6].

L. casei probiotic supplements have not been approved by the FDA for medical use and generally lack solid clinical research. Regulations set manufacturing standards for them but don’t guarantee that they’re safe or effective. Speak with your doctor before supplementing.

L. casei consumption altered the composition and diversity of human intestinal microbiota. There is a positive correlation between L. casei and Prevotella, Lactobacillus, Faecalibacterium, Propionibacterium, Bifidobacterium and some Bacteroidaceae and Lachnospiraceae, and a negative correlation with the presence of Clostridium, Phascolarctobacterium, Serratia, Enterococcus, Shigella, and Shewanella [7].

L. casei intake was associated with less antibiotic-associated diarrhea in patients [12, 13], reduced the incidence, duration, and severity of diarrhea in children [14, 15], and prevented constipation in mice [16].

L. casei decreased the severity of intestinal inflammation in mice with inflammatory bowel disease (IBD) [14] and can counteract the pro-inflammatory effects of E. coli on Crohn’s disease inflamed mucosa by downregulating proinflammatory cytokines [21].

The following purported benefits are only supported by limited, low-quality clinical studies. There is insufficient evidence to support the use of L. casei for any of the below-listed uses. Remember to speak with a doctor before taking L. casei probiotics, and never use them in place of something your doctor recommends or prescribes.

In a study of 47 medical students undertaking an authorized nationwide examination to test their response to stress, L. casei increased serotonin levels, lowered the rate of subjects experiencing common abdominal and cold symptoms and decreased the total number of days students experienced these symptoms [22].

L. casei enhanced the immune system during its transit in the digestive tract of animals [15, 24] and was shown to stimulate nitric oxide, cytokine, and prostaglandin production [25].

L. casei promoted the recovery of immunosuppression caused by chemotherapeutic agents in mice, by activating natural killer (NK) cells, cytotoxic T cells and macrophages [26]. These are all white blood cells that recognize and eliminate tumor cells and infected cells.

While some studies found no evidence that consuming L. casei protects against respiratory symptoms [27], many others have found that L. casei was beneficial in both respiratory and gastrointestinal infections.

Similarly, in healthy shift workers, L. casei decreased the incidence of gastrointestinal and respiratory common infectious disease (CIDs), increased the time to the first occurrence of CID, and reduced the total number of CIDs in the subgroup of smokers. In the course of CID, the total duration of fever was lower and an increase in leukocyte, neutrophil, and natural killer (NK) cell counts and activity was observed [29].

L. casei also lowered the incidence of common infectious diseases (CIDs) in children [30], decreased the duration of CID, and especially lessened upper-respiratory-tract infections (URTI) such as rhinopharyngitis in the elderly [31].

In athletic men and women who engaged in endurance-based physical activities in winter, L. casei lowered the proportion of subjects who experienced 1 or more weeks with upper-respiratory-tract infection (URTI) symptoms and decreased the number of URTI episodes [32].

Administration of the probiotic L. casei in conjunction with albendazole reduced the Giardia infection and enhanced recovery in mice [33].

Continuous intake of L. casei contributes to the alleviation of fever caused by norovirus gastroenteritis by correcting the imbalance of the intestinal microflora in the elderly [34].

The intake of milk fermented with L. casei during the lactation period modestly contributed to the modulation of the mother’s immunological response after delivery and decreases the incidence of gastrointestinal episodes in the breastfed child [36].

L. casei increased the prevalence of Lactobacilli in mice microbiota and alters the expression of cytokines in a manner consistent with an anti-inflammatory response [3].

L. casei protected mice from autoimmune arthritis [40], and its consumption prior to infection abolishes intestinal and joint inflammation triggered by Salmonella in mice [15].

Volunteers with seasonal allergic rhinitis treated with L. casei showed a significant reduction in levels of antigen-induced cytokines, showing that probiotic supplementation modulated immune responses in allergic rhinitis and may have the potential to alleviate the severity of symptoms [46].

L. casei significantly lowers blood levels of pro-inflammatory cytokines and neutrophils in diabetic rats, lowering the risk of diabetes mellitus and its complications [54].

No clinical evidence supports the use of L. casei for any of the conditions listed in this section. Below is a summary of the existing animal and cell-based research, which should guide further investigational efforts. However, the studies listed below should not be interpreted as supportive of any health benefit.

The addition of L. casei to the diet of mice improves survival and resistance against C. albicans infection. This bacterium normalizes the immune response, allowing efficient recruitment and activation of phagocytes, as well as the effective release of pro-inflammatory cytokines [58].

L. casei supplementation improved body weight in rats fed a high-fat diet [60] and had anti-inflammatory effects when it is administered as a supplement in mice fed a high-fat-diet [39].

L. casei was effective against H. pylori in laboratory experiments [62].

L. casei significantly improved the survival of rats with liver injury, via its anti-oxidative and anti-inflammatory capacities [67].

Lactobacillus casei can bind to heterocyclic aromatic amines and can decrease their concentration and their toxicity [69].

Lactobacillus casei supplementation reduces the level of aflatoxin in blood and can improve the adverse effect on body weight and blood parameters in rats [70].

Consumption of soy isoflavones in combination with L. casei was inversely associated with breast cancer among Japanese women [74].

Administration of milk fermented by L. casei delayed and suppressed tumor growth in mice with breast cancer, both when it was administered preventively and as a treatment. L. casei further reduced tumor vascularity and lung metastasis, and prolonged survival [82, 83, 84].

In cell and animal studies, researchers have observed that L. casei:

Lactobacillus casei is generally well tolerated. The use of probiotics should be avoided in patients with organ failure, immunocompromised status, and dysfunctional gut barrier mechanisms. To avoid adverse effects, talk to your doctor before starting any new probiotic supplements.