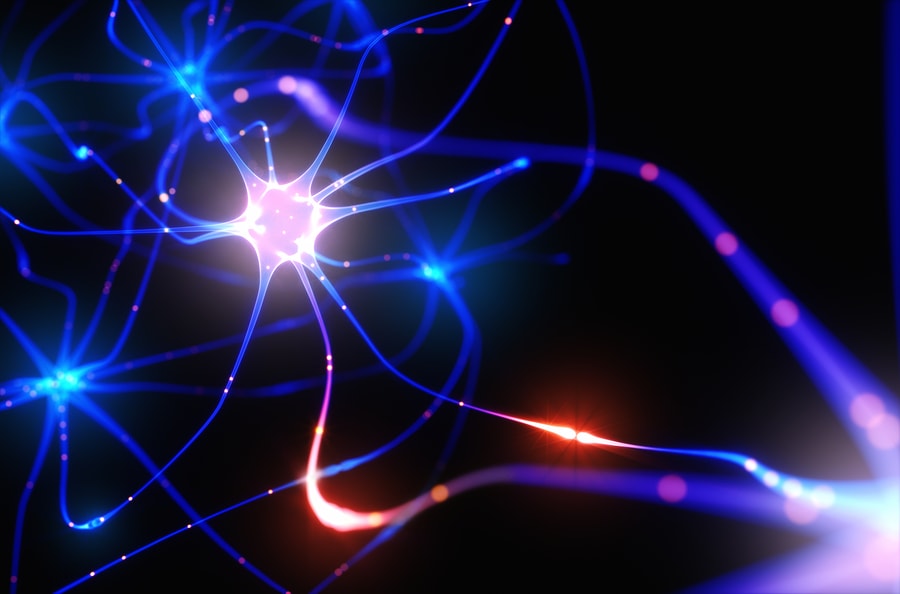 Long-term potentiation, or LTP, is one of the main mechanisms involved in synaptic plasticity. It occurs when the connections between neurons (synapses) are “strengthened,” which changes the way they interact with each other while processing information. Such changes to the brain’s connectivity are some of the primary ways our brains learn and store new information. Read on to learn more about this process, why it’s so important to cognitive functioning, and what kinds of lifestyle and health factors can impair the brain’s ability to carry out this important function!

The human brain is comprised of 100 billion neurons, each of which connects to up to 10,000 other brain cells through small “gaps” or “junctions” called synapses.

“Synaptic plasticity” is a general process that can take many forms. For example, it may refer to the “strengthening” or “weakening” of individual neuronal connections at existing synapses. Alternatively, it can also refer to the creation of entirely new connections between formerly-unconnected brain cells (a process called synaptogenesis).

Long-term potentiation – or just “LTP” for short – is one of the most important processes involved in synaptic plasticity at existing neural synapses. Specifically, it means that the existing connection between two brain cells is strengthened, thereby making it easier for these two neurons to stimulate each other when the other is activated. This is one of the main mechanisms involved in how we store long-term memories or learn new information and skills [1, 2].

LTP occurs when two different neurons are stimulated – a role that is often (though not always) carried out by the neurotransmitter glutamate. Glutamate is the main “excitatory” neurotransmitter in the brain, and contributes significantly to the formation of memories and learning [3].

When two neurons repeatedly “fire” together, they become sensitized, and more responsive to stimulation by each other. It’s almost as if the neurons “remember” that they were previously stimulated, and they become easier to activate. This increase in excitability can last anywhere from hours to days. The synapse is therefore said to be stronger because it can carry impulses easier [1, 2].

LTP was originally discovered in the hippocampus, a part of the brain that is believed to be heavily involved in learning and memory, spatial navigation, and emotion. Neurons from the hippocampus connect with neurons of the amygdala, one of the main brain areas responsible for processing emotions. This may be why certain memories make you feel happy or sad [4, 5].

However, LTP has also been observed throughout many other regions of the brain, including the cerebellum, cerebral cortex, amygdala, and hippocampus [2].

The first two steps – “induction” and “expression” – are the initial stages of LTP. They correlate to short-term memories. They happen when you learn something new, like perhaps during a lecture. This is the beginning of long-term potentiation.

However, without the third step – “maintenance” – you probably wouldn’t be able to recall this information later on.

When you “rehearse” new memories or information – such as by sitting at home and studying new information – over time these new neural pathways are re-activated again, and the memories become more stable (“consolidated”). This occurs because of increases in proteins that will actually change the shape of neurons to accommodate the information. This is the process of maintenance – and it allows us to store information for years at a time within a single neuronal pathway [6].

NMDA-receptor dependent LTP is the most well-researched form of long-term potentiation. This is how it works [7]:

LTP occurs in two main phases, which could be thought of as the “learning” process and then the “memory-consolidation” process.

As opposed to long-term potentiation, the efficiency of information transfer between neurons can actually be decreased at specific synapses by a process called long-term depression, or “LTD” for short.

Basically, long-term depression is the “opposite” of long-term potentiation, in that it weakens the connection strength of individual synapses [8].

However, even though it is in some ways the “opposite” of LTP, LTD also has many of the same characteristics, in that it involves making long-lasting structural and functional changes to a synapse over the course of hours or days [8].

Under typical conditions, LTD is a normal part of synaptic plasticity that aids in the storage of information. You could think of it as our way of letting certain memories “decay” so that we can prioritize the storage of other, more important, information. For example, LTD is a fundamental part of the way we learn new motor skills [8, 1].

However, some research suggests that LTD may be abnormally increased in some neurological conditions, such as Alzheimer’s disease, Parkinson’s disease, multiple sclerosis (MS), and even diabetes. LTD is also suspected to play a role in the development of drug addiction and some other psychiatric conditions [9, 10].

Similarly, we see increased levels of LTD in the brain during periods of acute stress, which may explain why people sometimes can’t recall information well when panicking [9].

Factors That May Impair Long-Term Potentiation

Because LTP is fundamental for so many different brain processes, disruptions to it can potentially contribute to a wide variety of different symptoms and health conditions.

Many different drugs of abuse – including opiates, amphetamines, and cocaine – are believed to cause long-lasting changes in the strength of synapses. These changes may play a key role in some of the central “symptoms” of drug abuse, such as the development of “fond memories” of previous drug abuse that can cause an individual to continue to compulsively seek out the drug in the future. By extension, these behaviors and habits can be strengthened and reinforced over time (via LTP) to result in full-blown drug addiction [11].

Alzheimer’s and Parkinson’s disease are each marked by structural changes to the brain and its neurons that ultimately impair LTP, which can eventually lead to significant impairments in a persons’ ability to store memories and function properly in daily life [12, 13].

According to some preliminary research, chronic stress may lead to increased LTP – particularly in certain brain regions, such as the amygdala. However, this increase can actually be harmful, because it causes structural changes in the neurons that reinforce our susceptibility and sensitivity to fear. These long-term changes may contribute to persistent anxiety disorders [14, 15].

According to some preliminary research, patients with depression show evidence of abnormalities in the process of LTP, which may contribute to some of the adverse structural changes in the brain often seen in depression patients. For example, excessive LTP could lead to the creation of persistent negative memories, which could contribute to the formation of chronic patterns of negative mood [16].

Patients with schizophrenia often have cognitive deficits. Some researchers have proposed that this may in part be caused by impaired LTP – especially in certain brain regions involved in cognition, such as the hippocampus [17].

Sleep is extremely vital for the brain’s ability to encode and store new information, and transfer it into long-term memory for later use.

Unsurprisingly, not getting more than 6 hours of sleep a night has been reported to cause impairments in the “maintenance” stage of LTP, thereby making it more difficult to store information over time [18].

Some early evidence suggests that patients with autism may have abnormalities in their brains’ ability to initiate LTP, which may contribute to some of the cognitive or other symptoms of autism spectrum disorders [19].

Patients with epilepsy and other disorders involving recurrent seizures often report issues with memory and learning, which some researchers have proposed may be the result of faulty long-term potentiation caused by the excessive neural activity from seizures [20].

Eating high amounts of fat has been associated with significant impairments in memory and learning. Some researchers believe that this may be caused by the presence of palmitic acid, a fatty acid that is commonly consumed in excessive amounts by people with high-fat diets [21].

Now that we’ve covered the basics of LTP, why it’s important, and some of the factors that can influence this important brain process, in the next post we’ll explore some of the potential factors that may help stimulate LTP (and other plasticity-related processes) throughout the brain!

>>> 16 Strategies That May Stimulate Long-Term Potentiation

All About GSK3B: What It Does, How To Inhibit It, And More