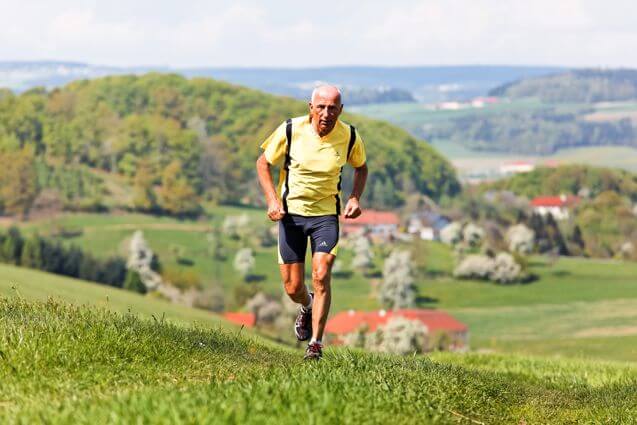 In early 2015, doctor and investor Joon Yun launched the Palo Alto Longevity Prize, a one million dollar award for any scientist who could “hack the code of life” and find a way to keep humans from aging. Since then, there has been a surge of new research into longevity enhancement in an attempt to win this prize. This article will explore some of the longevity research that has gone into various supplements.

Supplements Associated with Longevity and Lifespan

It’s also important to let your doctor know of all the supplements you are currently taking, in case of potential interactions. These supplements should not be used to replace medical treatment.

C60 is a molecule made up of 60 carbon atoms. It is sold as a dietary supplement that is usually dissolved in olive oil.

A study in rats suggests that C60 dissolved in olive oil may improve longevity. In the study, rats that received oral administration of C60 lived nearly twice as long. The researchers theorize that this life-extending effect may be due to a reduction in oxidative stress [1].

However, there is evidence that C60 may also cause DNA damage, according to animal studies [2]. For more information, check out our C60 article here.

In a study looking at flies, curcumin increased the median and maximum lifespan of flies by up to 25.8% [3].

According to some researchers, the potential life-extending effects of curcumin may be due to its ability to decrease the expression of age-related genes (including mTOR). There’s also evidence that curcumin has antioxidant effects [4, 5].

Find out more about the potential benefits of curcumin here.

According to a study in worms, supplementation with oxaloacetate may be associated with a longer lifespan [6].

According to some researchers, oxaloacetate may be associated with longevity because it can potentially reduce the build-up of methylglyoxal, which is linked to protein toxicity and cellular dysfunction [7].

There’s also some evidence that oxaloacetate may lower levels of glutamate in rats. A build-up of glutamate may also be toxic to cells [8, 9, 10].

Rhodiola rosea is an adaptogenic herb that is purported to help improve stress resilience.

Research suggests that R. rosea may increase longevity according to several animal models, including flies, worms, and yeast. This effect was seen in both sexes and was independent of dietary restriction [11].

A study performed in yeast cells found that carnitine may be associated with lifespan. According to researchers, supplementation with carnitine may improve mitochondrial health, which may play a role in aging [12, 13].

N-acetylcysteine (NAC) is a modified sulfur-containing amino acid that may act as a cellular antioxidant, potentially protecting against free radical-induced damage [14, 15].

In one fly study, flies fed NAC lived 26.6% longer compared to flies that were not treated with NAC [16].

Another study found that supplementation with NAC increased the lifespan of worms by up to 30.5% [17].

The association between NAC and longevity may also involve NAC’s effect on the expression of specific mRNA genes [16].

Research in flies has revealed that male flies that were given carnosine lived on average 20% longer than normal. However, no increase in lifespan was noted in female flies taking carnosine [18, 19].

Melatonin is an important regulator of circadian rhythms and may have anti-inflammatory effects [20].

Increases in the longevity of fruit flies, mice and rats have been observed when melatonin was given supplementally or added to their food [21].

Research in both mice and rats also suggests that melatonin may act as an antioxidant that can potentially inhibit free radical damage [21].

According to cell studies, melatonin may affect the expression of genes that govern the cell cycle, cell/organism defense, protein expression and transport, and mitochondrial function. It might also activate the same sirtuin pathways as caloric restriction (SIRT1) [21].

A study in fruit flies suggests that lactic acid may increase the median lifespan of flies by 12-15% depending on what stage of life supplementation began [22].

According to some researchers, lactic acid may increase lifespan by removing hydroxyl radicals [22].

In a fruit fly study, gluconic acid increased the lifespan of flies by 12-22% depending on what stage of life supplementation began [22].

A study in worms found that malate may increase lifespan and stress tolerance in worms, possibly through activation of gene pathways that code for longevity (DAF-16 and SIRT1) [24].

However, malate did not extend the lifespan of worms that were also calorie restricted.

According to a study in worms, acetic acid may help increase the lifespan of worms by increasing DAF-16. This extension of lifespan was 30-40% greater when acetic acid was combined with Reishi extract [25].

Lutein is an abundant carotenoid in fruits and vegetables.

In a study looking at fruit flies, lutein prolonged the average lifespan of flies by 63% [27].

This life-extending effect may be due to increases in antioxidant enzyme activity and up-regulation of certain genes that correspond to longevity (SOD1, SOD2 & CAT) [27].

According to a fly study, supplementation with black tea extract rich in theaflavins may extend the lifespan of flies by approximately 10%. The study also suggests that this extract may increase resistance to the negative effects of a high-fat diet [28].

Research suggests that the longevity-enhancing effects of theaflavins are potentially controlled, at least in part, by its impact on the gene expression of SOD and CAT [28].

Research in flies suggests that D-chiro-inositol may slow the aging process and enhance longevity [29].

Butyrate is a short-chain fatty acid produced during fermentation by the gut microbiota.

Feeding a form of butyrate to flies increased their maximum lifespan by 30-50%, according to one fly study [30].

This life-extending effect may be due to changes in the genes that code for longevity (e.g glutathione S-transferase & superoxide dismutase) [30].

In worm and mouse studies, glucosamine has shown potential life-extending effects, possibly through the creation of new mitochondria [31].

Start Optimizing Your Health Based On Your Genes

Take a look at your personal genetic data to find the root cause of your health issues and build a regimen that works to overcome any negative health effects from your genes. Start your personalized journey to optimal health with SelfDecode today.