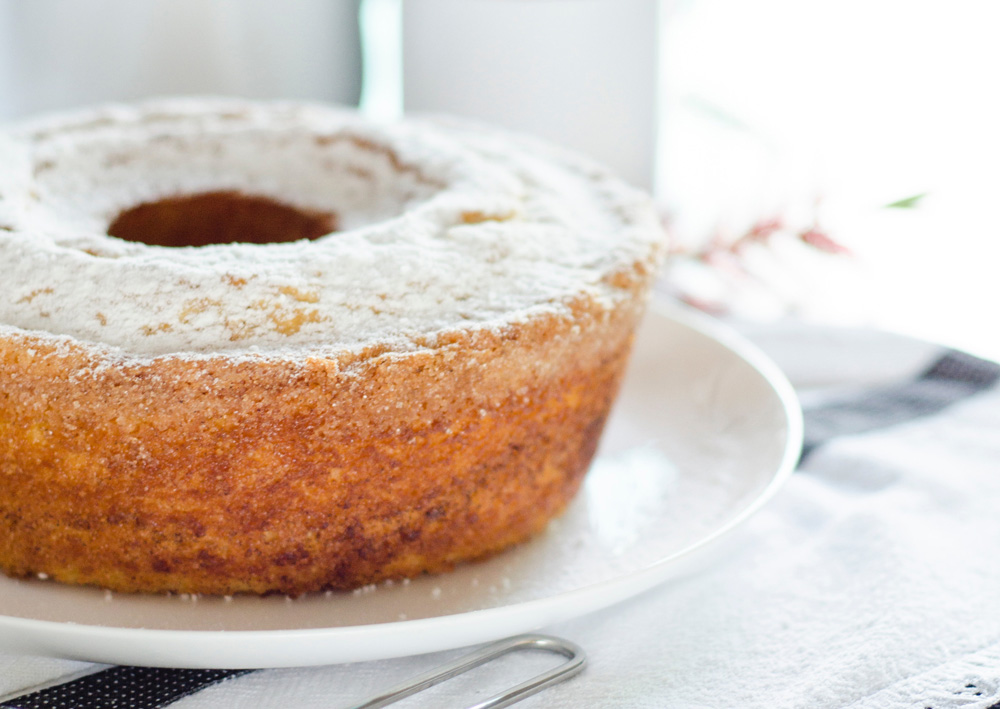 Connect two glucose molecules, and you get a food additive that offers surprising health benefits. The potential uses of trehalose range from eye care to brain and nerve protection. However, the media recently blamed it for the rise in resistant superbugs. Read on to learn all the perks and dangers of trehalose.

Two molecules of glucose build trehalose, also known as tremalose or mycose. Bacteria, plants, fungi, and insects use it as an energy source and a guard against extreme conditions.

Trehalose enables some species to survive up to 99% dehydration and complete freezing. Insects also use it as flight fuel because it releases two molecules of glucose and gives twice as much energy [1, 2].

The food industry recognized these unique properties of trehalose and introduced it as an additive in dried and frozen foods. For this purpose, they make trehalose from corn starch.

Did you know? Trehalose is a secret weapon of the “resurrection plant” (S. lepidophylla), which can survive months of complete drought.

Some microbes use trehalose to make toxins and defensive weapons. For example, Mycobacterium tuberculosis contains trehalose-6’6-dimycolate (TDM), which triggers inflammation and lung damage in humans [3, 4].

Is Trehalose a Reducing Sugar?

No, it’s not. In trehalose, two reducing groups of glucose form a (1,1-glycosidic) bond and thus lose their reducing properties. This bond makes trehalose resistant to harsh changes in temperature and acidity [5].

Sucrose, or common table sugar, is also a non-reducing sugar.

Besides its physical properties used in technology, trehalose may have certain health benefits.

The potential health benefits of trehalose discussed below stem from its ability to [14, 8, 15, 16]:

According to preliminary research, trehalose may boost autophagy, which makes it a promising drug candidate [18].

However, one team of scientists questioned the ability of trehalose to enter the cells and induce autophagy. They suggested the role of the gut microbiome in the health effects of trehalose [19].

As you’re about to see in “Dangers and Side Effects”, its impact on gut bacteria may have a dark side.

In 70 patients with dry eye, trehalose eye drops improved the symptoms, leading to high patient satisfaction. Most of them preferred trehalose over standard eye drops [20, 21].

In four clinical trials (150 patients), the addition of trehalose to hyaluronate boosted the effects of eye drops and relieved dry eye symptoms [6, 7, 22, 23].

Thealoz Duo are over-the-counter drops for dry eye containing a combination of trehalose and hyaluronic acid. They are preservative-free and can be used with all types of contact lenses.

No clinical evidence supports the use of trehalose for any of the conditions listed in this section. Below is a summary of the existing animal and cell-based research, which should guide further investigational efforts. However, the studies listed below should not be interpreted as supportive of any health benefit.

Researchers examined the effects of trehalose on animal and cellular models of brain-damaging diseases such as Alzheimer’s, Parkinson’s, and Huntington’s disease. It was able to [24, 25, 26, 27, 28, 29]:

In mice with ALS, trehalose prevented the accumulation of harmful proteins and induced autophagy in motor neurons. As a result, it slowed down disease progression and extended the animals’ lifespan [31, 32, 33].

In theory, the inhibitory effect of trehalose on the human cytomegalovirus (HCMV) may also protect against neurological disorders [34, 35].

A group of scientists found that, In the embryos of diabetic mice, trehalose induced autophagy and prevented neural tube defects [36].

In the lack of clinical evidence, we can’t draw any solid conclusions about the nerve-protecting effects of trehalose.

The glycemic index of trehalose – how much it spikes glucose levels compared to sugar – is still debated. The above study suggests its index is surprisingly low (38) while other studies indicate it’s borderline high (~70) [40, 41].

Tests on 20 volunteers confirmed that trehalose causes a milder increase in blood glucose (38%) and insulin (36%), compared with an equal amount of glucose [40].

Still, this doesn’t mean trehalose has antidiabetic properties. Clinical studies would need to evaluate its effectiveness and safety as a sugar substitute in diabetic patients.

Caution: Just like with other simple sugars, you may want to go slow with trehalose because the gut quickly breaks it into 2 glucose molecules. While it might be a good idea to swap glucose for trehalose, avoid adding it on top of your daily sugar intake. People with diabetes and insulin resistance should be extra cautious.

In mice, scientists observed the ability of trehalose to stimulate autophagy and protect mitochondria. This effect relieved heart damage caused by insulin resistance and oxidative stress [16, 42, 39].

Trehalose induced autophagy in blood vessel cells and inhibited a virus linked to clogged blood vessels (the human cytomegalovirus or HCMV), but this doesn’t tell us much about its potential effects in living organisms [34].

Trehalose boosted autophagy and prevented r fat buildup in mice with fatty liver. A cell study suggested the same effects and found that trehalose blocks glucose transport in the liver, but the implications of such studies are limited [43, 44].

Aspirin is a well-known trigger of stomach ulcers, despite modern formulations that may bypass the stomach [45].

Scientists have developed a new formulation of aspirin with trehalose that might be gentler on the stomach. In preliminary studies on rats, it prevented ulcers and damage to the stomach lining while maintaining the desired effects [46].

The US Food and Drugs Agency (FDA) labeled trehalose as GRAS (generally recognized as safe) when added to dietary products [48, 49].

Safety studies found no trehalose dangers in pregnancy and childhood. They suggest limiting the intake of trehalose to 50 g daily, or 10% of total calories [50].

A study recently published in “Nature” suggests the use of trehalose as a food additive may have triggered the uncontrolled growth of aggressive, antibiotic-resistant superbugs [52].

Trehalose may stimulate the growth of Clostridium difficile (C. diff.), a germ that causes dangerous, hard-to-treat gut infections. In one study on mice infected with certain strains of C. diff., trehalose increased the death rate 3 times. These strains thrived on trehalose and produced much more toxins [52, 53].

The authors brought up additional facts that support the potential role of trehalose in recent C. diff. Outbreaks [52]:

In light of the available evidence, trehalose as an added sugar seems to be safe for most healthy people in recommended amounts.

However, recent findings discussed above warrant extra caution until we know more about trehalose safety. This is especially important for people susceptible to C. difficile infections.

To stay on the safe side, avoid trehalose if you have any digestive issues, especially hospital-acquired gut infections. Click here to learn more and see if you’re at risk.

People with diabetes and insulin sensitivity should pay special attention to their daily sugar intake, which includes trehalose.

Trehalose binds water, prevents oxidation, and preserves the structure of food during freezing and heating. It also improves the taste while causing slightly milder blood glucose spikes. These properties made trehalose a common food additive in [54, 8, 55]:

Most manufacturers label trehalose under “added sugars” or “natural flavors.”

How to Avoid Trehalose

A small percentage of people lack trehalase, an enzyme that breaks down trehalose. This leads to trehalose intolerance, in which foods with trehalose cause digestive issues. It is common among the Inuits from Greenland (approx. 8%) but rare around the globe [56].

However, some studies suggest that most people don’t get a proper diagnosis, so these numbers may be underestimated. People who don’t tolerate mushrooms probably lack trehalase [57, 58].

Bugs and insects contain plenty of trehalose. Given that most people have trehalase in the gut, these tiny creatures have probably been our staple food throughout evolution [59, 60, 54].

If you suspect trehalose intolerance, you may want to avoid mushrooms, seafood, dried and frozen foods. You already avoid insects, right? (pun intended)

For a complete list, see “Foods and Products With Trehalose.” The lack of strict labeling regulation makes trehalose a bit harder to avoid. But there might be a solution to this issue…

A popular probiotic yeast, S. boulardii, releases trehalase in the gut. S. boulardii increased gut trehalase activity by 25 – 45% in a study on mice. In a cell experiment, this enzyme was 175 times more active than a human form [58].

Trehalose is a sugar made of two glucose molecules. Microbes, plants, fungi, and insects use it as a source of energy and protection against extreme conditions. It shields the cells from freezing and dehydration. Mushrooms, seafood, seeds, and baked products contain small amounts of trehalose.

The food industry adds it to dried and frozen food; candy and fruit fillings; chocolate and juices. In medicine, trehalose is used in dry eye drops and advanced drug formulations. In animal and cellular research, it showed the potential nerve, heart, skin, and liver benefits, but there’s no clinical evidence to back this up.

Safety studies found no adverse effects of trehalose in adults, children, and pregnant women. However, recent findings exposed it as a potential culprit of dangerous C. difficile outbreaks. Everyone should be cautious with this food additive until we know more about its safety, especially people prone to C. diff. and other gut infections.

Additionally, trehalose is a simple sugar and thus has the potential to impair blood sugar control. Some people are trehalose-intolerant because they lack an enzyme that breaks it down. They should avoid foods and products with trehalose. A probiotic yeast, S. boulardii, may increase trehalase in the gut, but the evidence is limited.