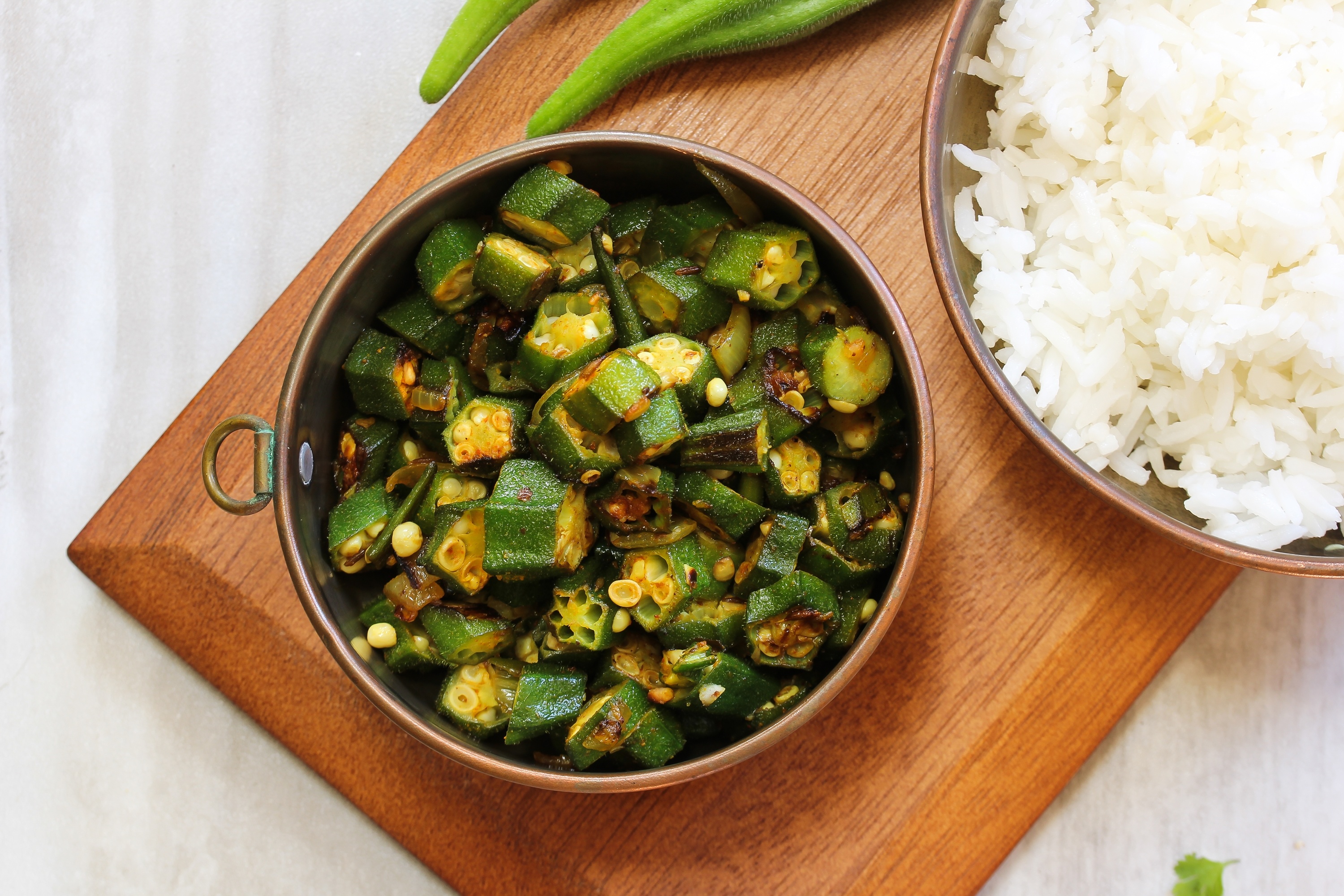 Common in Southern and Creole cooking, okra is a tasty delicacy found in many dishes. It is often fried, boiled, steamed, or added to soups, making it quite a versatile vegetable. However, not only does it make a tasty addition to meals, okra may help with diabetes, high cholesterol, fatigue, and even liver issues. Read on to find out more information about the health benefits of okra and some of its side effects.

Okra (Abelmoschus esculentus, Abelmoschus manihot) is a tropical plant from the mallow (Malvaceae) family. This is the same family of plants as marshmallow, cotton, and hibiscus. It is also known as lady’s finger, bhindi, and gumbo [1, 2].

Traditional uses include treatment of stomach ulcers, indigestion, diarrhea, and constipation. Okra is also used as a remedy for infections, fever, and arthritis. Others use it as a treatment for skin wounds, pimples, and itchiness [3].

Okra seeds contain many nutrients, including [4, 5]:

Okra’s minerals include the following [6, 7]:

The amount of minerals absorbed from okra is high, due to its low content in antinutrients (such as phytate, oxalate, and tannins) [6].

Okra is also rich in vitamins, including [8]:

Okra contains many other active beneficial compounds, including [9, 10]:

Okra may achieve its health benefits through numerous mechanisms of action, including:

In a study of 417 patients with kidney disease, ornamental okra reduced high protein levels in the urine, which is a marker of kidney damage [25].

In 35 patients with kidney disease related to diabetes, ornamental okra acted as an antioxidant, reduced high protein levels in the urine, and increased kidney function. A systematic review of 7 trials and over 500 people concluded that okra may be used as an add-on therapy in people with kidney damage from diabetes [26, 27].

Okra and its active compounds also improved kidney damage in diabetic mice and rats by reducing inflammation and oxidative damage [28, 29, 30].

All in all, promising but limited evidence suggests that okra may help with kidney disease. You may discuss with your doctor if including okra in your diet or taking supplements could be helpful in your case.

No clinical evidence supports the benefits of okra for any of the conditions listed in this section. Below is a summary of the existing animal and cell-based research, which should guide further investigational efforts. However, the studies listed should not be interpreted as supportive of any health benefit.

Two complex carbohydrates (rhamnogalacturonan and ‘OP’) and a hormone (abscisic acid) from okra have been shown to lower blood sugar levels [34, 35, 36].

In a cell-based study, okra extract prevented the death of the pancreatic cells that produce insulin (beta-cells) [38].

Okra extract reduced blood fat levels and total cholesterol in obese mice by blocking their production and stimulating their breakdown (inhibition of PPAR and LXR signaling) [11, 39, 40].

In mice and rats, okra reduced the damage and toxic effects of alcohol on the liver (protected lining by reducing oxidative stress and improved hemoglobin blood levels) [42, 43].

The okra seed, but not the pod, improved markers of endurance in mice (swimming time) [20].

Okra reduced jaw pain and inflammation markers in the blood in rats (reduced TNF-α and IL-1β in the trigeminal ganglion) [50].

A similar study in rats found that it reduced nerve-related inflammation and pain (temporomandibular joint) [51].

In mice, both okra extract and its flavonoids quercetin and rutin prevented the brain damage caused by a drug (dexamethasone) and the resulting cognitive impairment [52].

Some genes increase the risk of Alzheimer’s disease (hemochromatosis gene). In a cell-based study, okra increased beneficial antioxidants in cells with this gene (decreased reactive oxygen species (ROS) and tau phosphorylation), which may protect against disease [24].

Research on okra in humans has been limited to ornamental okra, and may not extend to other varieties. Most potential benefits have only been tested in animals and cells. The effects of dietary okra may not be the same in humans.

Okra is safe in typical food amounts and at high doses in animals [53, 16].

However, it reduced sexual function in animal studies and resulted in increased body weight.

Men trying to have children should consult taking okra with their doctors.

Okra may cause an allergic reaction during harvest (contact dermatitis) [56, 57].

Do not eat okra at the same time of day that you take metformin pills (used for treating diabetes), as it can reduce the absorption of this medication [37].

You may eat okra or take supplements if you and your doctor determine that it could be appropriate for your health condition. Remember that taking okra should never be done in place of what your doctor recommends or prescribes.

Because okra is not approved by the FDA for any conditions, there is no official dose. Users and supplement manufacturers have established unofficial doses based on trial and error.

Supplemental doses of 400 mg okra capsules are available. It is also sold as okra pepsin E3.

The opinions expressed in this section are solely those of okra users, who may or may not have medical or scientific training. Their reviews do not represent the opinions of SelfHacked. SelfHacked does not endorse any specific product, service, or treatment.

Users taking supplemental okra claim that it helped coat their stomach and improve digestion. Some people also gave it to their pets for digestive health.

Some users disliked the slimy texture of okra; cooking it quickly or incorporating it into soups reduces the undesirable texture according to some.