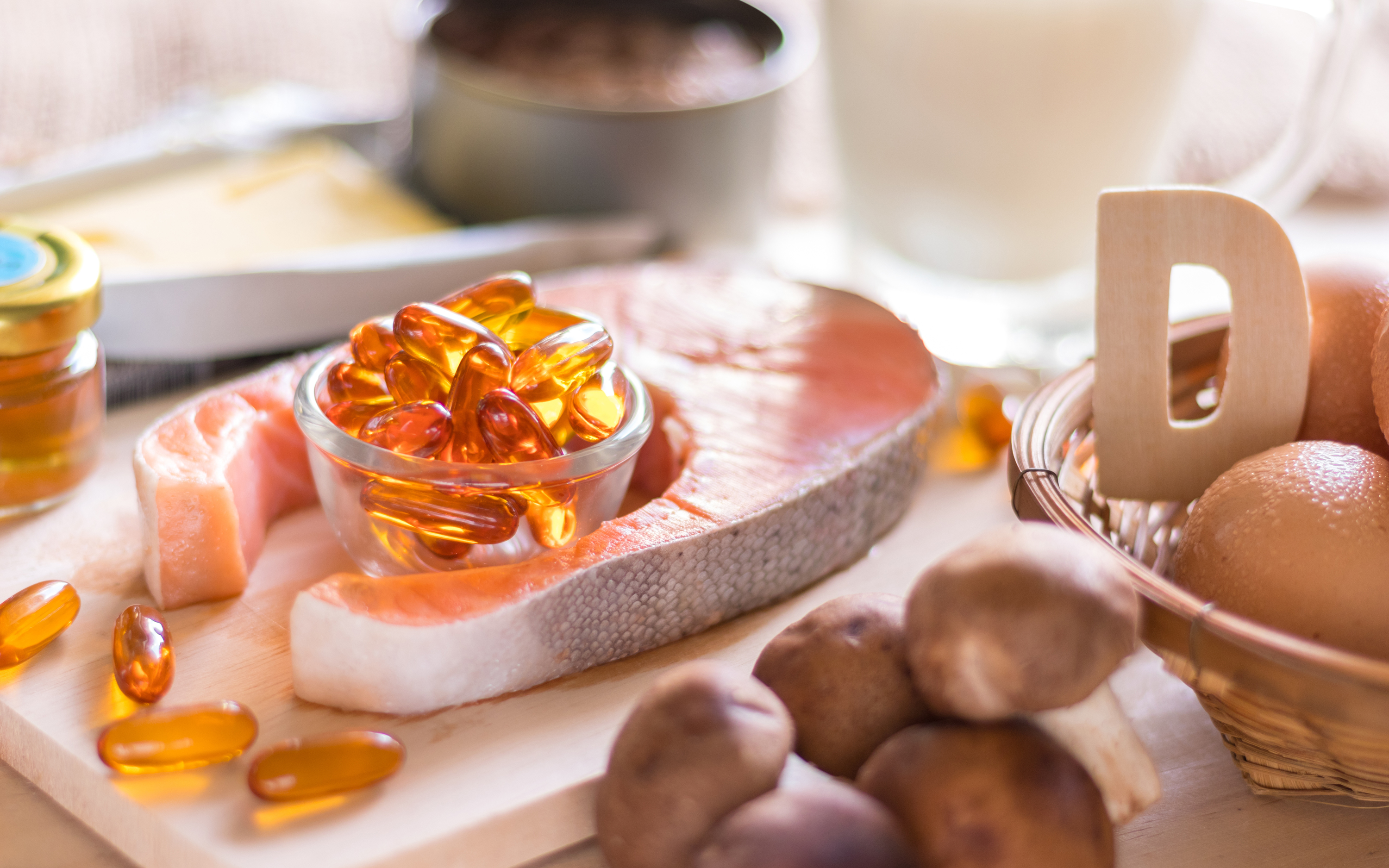 Vitamin D is an essential vitamin your skin makes when exposed to sunlight. You can also get small amounts of it from food. People who can’t regularly get enough of this vitamin often turn to supplementation to avoid deficiency, especially over the winter months. In this post, we cover the best vitamin D dietary sources, supplement formulations, and safe dosage.

What is Vitamin D?

Vitamin D, also known as the “sunshine vitamin”, is an essential fat-soluble vitamin.

Many factors can impact the amount of vitamin D your skin makes–including the time of day, season, sunscreen use, latitude, and your skin pigmentation.

Vitamin D is also found in certain foods, such as fatty fish like salmon and sardines. Milk and cereal are often fortified with vitamin D. Additionally, many vitamin D supplements are available on the market [1].

Vitamin D is an essential fat-soluble vitamin produced in the skin when exposed to sunlight. Small amounts are also found in foods like fatty fish and fortified cereal.

Role in the Body

Although classified as a vitamin, some scientists consider vitamin D a prohormone because it is involved in many metabolic processes in the body [2, 3].

Scientists are also exploring its potential role in the prevention of cancer and chronic conditions such as autoimmune disorders, allergies, and infections [7].

There are two forms of vitamin D: vitamin D2 and vitamin D3:

Both forms of vitamin D are biologically inactive and must be activated in the body.

In the liver, vitamin D is converted to calcidiol (25-hydroxyvitamin D [25(OH)D]), the major circulating form of vitamin D, and the indicator of vitamin D status [9].

In order to regulate bodily functions, calcitriol binds to vitamin D receptor (VDR) in the cytoplasm of target cells, and goes to the nucleus and binds with the retinoic acid X receptor (RXR).

This complex regulates the expression of vitamin D regulated genes [10].

Vitamin D2 is mostly human-made and used to fortify foods. Vitamin D3 is produced in the skin and naturally found in animal-based foods.

Vitamin D levels can be increased and maintained by:

Maintain normal vitamin D levels by getting regular sun exposure and eating foods high in vitamin D. If you can’t achieve this, you might need to consider supplementing.

Most of the vitamin D3 in humans is derived from synthesis in the skin.

7-dehydrocholesterol, a precursor for vitamin D3, after irradiation with UVB light is converted to vitamin D3 [11, 12].

Factors affecting UV radiation exposure and vitamin D synthesis include the season of the year, latitude, clouds, smog, aging, skin color, use of sunscreen, clothing, and amount of skin exposed [12, 13].

We get most of our vitamin D from production in the skin during sun exposure.

Some foods are fortified with vitamin D. These include milk, soy milk, yogurt, margarine, orange juice, and cereals [12].

Vitamin D3 is approximately 87% more effective in raising and maintaining the vitamin D levels in the body than vitamin D2.

Vitamin D3 should be used for supplementation and fortification [15, 16, 17].

Intake of ordinary doses of vitamin D3 supplements seems to be associated with decreases in the overall risk of dying [18].

Vitamin D taken orally is absorbed in the gut with the aid of bile salts.

It is transported to the blood by chylomicrons and taken up by the liver or storage tissues (fat tissue and muscles) [19].

There are many factors that affect vitamin D absorption resulting in large differences in the bioavailability of vitamin D supplements in some populations [20].

In patients with celiac disease, cystic fibrosis, biliary obstruction, and chronic pancreatitis, the absorption of vitamin D is decreased [21, 19, 22].

Vitamin D is most efficiently absorbed when consumed with food containing fat.

Taking vitamin D with the largest meal improves absorption, and results in a 50% increase in blood levels of vitamin D [25].

Children 1 yrs and older and adolescents should have a daily intake of 600 IU of vitamin D.

Adults aged 19 – 70 and over 70 yr require at least 600 and 800 IU/d, respectively, of vitamin D to maximize bone health and muscle function, and prevent falls and fractures.

Some health professionals recommend 2,000 IU or more a day, though no hard evidence supports this practice.

Some sources suggest that obese and children and adults on anticonvulsant medications, glucocorticoids, antifungals, and medications for AIDS should be given at least two to three times more vitamin D for their age group to satisfy their body’s vitamin D requirement.

Vitamin D deficiency is the most common nutritional deficiency worldwide in both children and adults.

The blood level of 25(OH)D is the best method to determine vitamin D status [7].

Studies suggest that blood 25(OH)D levels between 30 ng/mL and 60 ng/mL are associated with lower risks of adverse health outcomes, including cardiovascular disease, cancers and autoimmune diseases [7].

Vitamin D deficiency is fairly common in the United States, according to some estimates. It is defined as 25(OH)D blood levels of 20 ng/mL or below.

Vitamin D deficiency can come from:

People who are vitamin D deficient may not have any symptoms at all or symptoms may be vague.

These symptoms are often misdiagnosed as fibromyalgia, chronic fatigue, age-related weakness, or even depression [46, 47, 48].

Severe vitamin D deficiency leads to rickets in children and osteomalacia in adults [44, 49].

Vitamin D deficiency may cause fatigue, back and bone pain, mood problems, and muscle weakness. Not all people with deficiency experience symptoms.

It occurs from high intakes of supplements (>50,000 IU/d) for a long period of time.

Toxicity does not occur from dietary intake or prolonged sun exposure [50].

Vitamin D is a fat-soluble vitamin, and it is stored in fat tissues. Therefore, toxic effects may last for months after stopping supplementation [51].

Though vitamin D toxicity is rare, it can happen in people who take high vitamin D doses–well above the recommended intake. Toxicity can last for months and cause serious damage to the body.

Vitamin D is an essential fat-soluble vitamin important for bone and metabolic health and immunity. The skin makes vitamin D when exposed to natural sunlight. Small amounts of it are also naturally found in some foods like salmon, sardines, and beef liver. Milk and orange juice are often fortified with vitamin D. The recommended dose for children up to 12 months is 400 IU, for ages 1-70 years 600 IU, and for people over 70 years old 800 IU. Estimates suggest that vitamin D deficiency is fairly common in the US. People who can’t get enough vitamin D from sun exposure and diet may need to consider supplementing. Gut and liver disorders, obesity, and certain medications can lower vitamin D absorption and blood levels. Supplementing is generally safe, though intake above the recommended doses can be harmful.