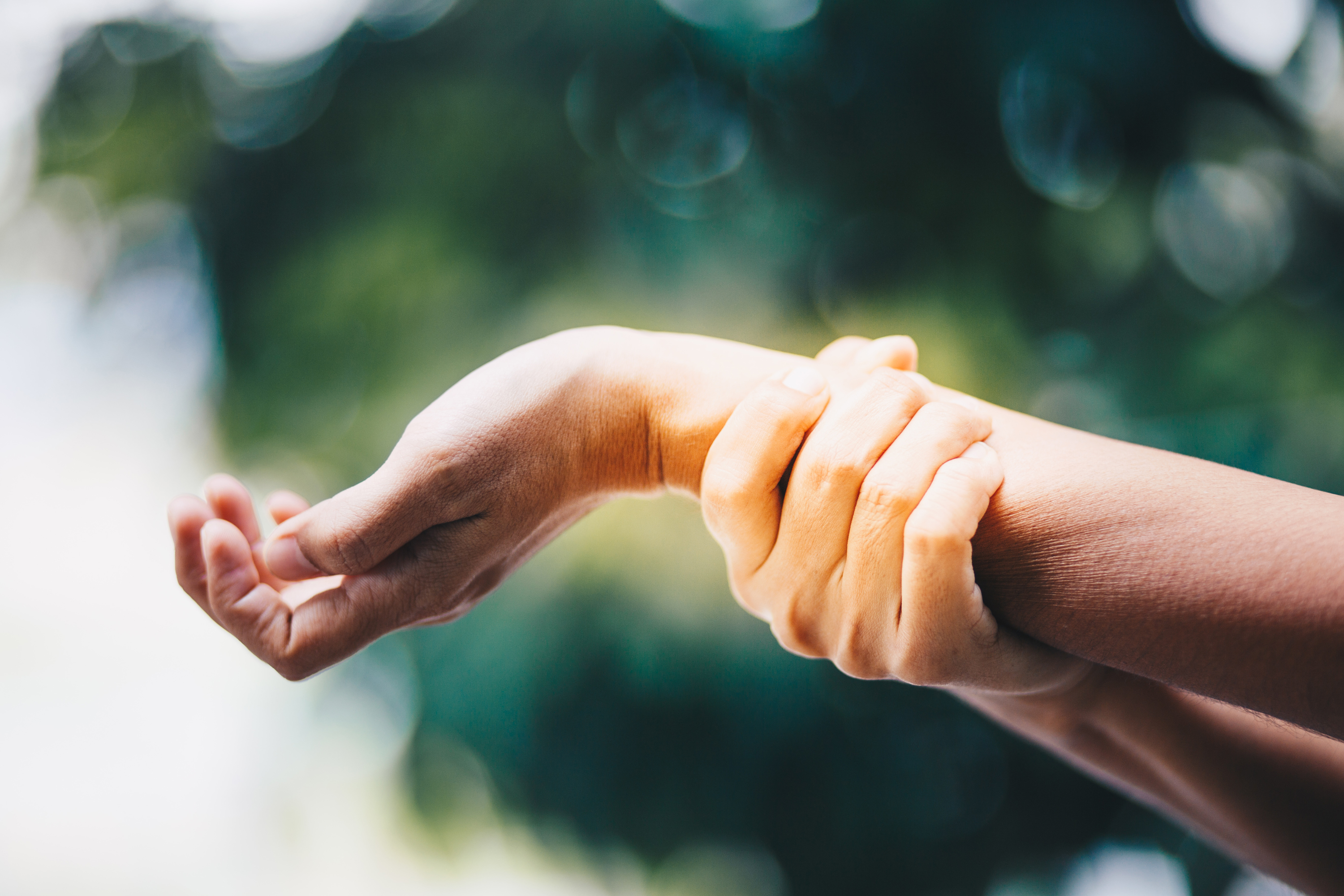 Many people are turning to vitamin D supplements and sun exposure in an attempt to bring their inflammatory and autoimmune issues under control. Research confirms that healthy vitamin D levels are important for keeping inflammation at bay. Read on to understand whether vitamin D can protect against autoimmune problems and excess inflammation.

Vitamin D helps reduce inflammation in the body. Some studies suggest it might also improve allergies and autoimmunity. Make sure you get enough of this vitamin through sun exposure and food.

Vitamin D As a Natural Anti-Inflammatory

Studies have shown potent effects of vitamin D on both innate and adaptive immunity. It has the potential to influence a wide range of immune imbalances, infectious and autoimmune diseases [1, 2].

Effects of vitamin D on the immune system include:

All in all, these findings suggest that vitamin D helps maintain a healthy immune response. It reduces inflammatory messengers and increases anti-inflammatory ones.

Vitamin D’s potential to increase Tregs may be especially important since Tregs are immune cells that prevent the immune system from getting out of control. These cells work to prevent both allergic and autoimmune tendencies [28].

Next, let’s take a look at various autoimmune and inflammatory conditions and whether vitamin D can affect them.

Despite some promising findings, there is insufficient evidence to rate the safety and effectiveness of vitamin D in multiple sclerosis.

Higher vitamin D blood levels may be protective against developing multiple sclerosis (MS), according to some researchers. In one study on women, each 10 nmol/L increase in blood vitamin levels was associated with a 20% decreased the risk of multiple sclerosis [29, 30, 31].

Also, higher vitamin D levels were associated with a reduced worsening and recurrence of multiple sclerosis symptoms. In a study, each 10 nmol/l increase resulted in up to a 12% reduction in recurrence [32, 33]. Additional large-scale studies are needed to confirm these findings.

According to another study, optimal blood concentrations of this vitamin may reduce disease-related complications (including increased bone degradation, fractures, and muscle weakness) [34].

Having these findings in mind, some scientists believe that multiple sclerosis occurs less often in people who are likely to have high vitamin D blood levels, as those living in sunny climates, at high altitudes, and areas with a diet rich in fish oils that contain this vitamin [37].

Additionally, vitamin D has an anti-inflammatory action, which can be beneficial in multiple sclerosis. It decreases the secretion of inflammatory cytokines and results in a shift from a Th1 to a Th2 phenotype. The Th1 phenotype tends to be more common in people with autoimmunity [38, 39].

However, it is important to remember that the above evidence isn’t conclusive. Vitamin D supplementation in people with MS appears to be safe, but at high doses, it can lead to changes in calcium levels. More research is needed to determine whether it’s truly beneficial [40, 41].

According to some studies, vitamin D levels are significantly lower in patients with psoriasis [42, 43].

In one pilot study, a high daily vitamin D dose of 35,000 IU was safe and effective for psoriasis patients. However, this study only included 25 patients. High-quality, large-scale studies need to replicate these findings before we can draw any conclusions from them [44].

Creams and lotions with synthetic vitamin D analogues (calcipotriol and/or tacalcitol) are considered first-line treatment for mild-to-moderate psoriasis. These treatments are sometimes taken in combination with other systemic therapies in more severe cases of the disease [45, 46].

It’s important to remember that studies show that topical applications are beneficial but the data on oral supplementation is mixed [47, 48].

Deficiency is common in patients with Graves’ disease. It may exacerbate the onset and/or development of Graves’ disease and is associated with an increased size of the thyroid gland [51, 52].

Correction of the deficiency may be able to reverse it [49].

Vitamin D deficiency severity was associated with the duration of the disease, thyroid gland size, and antibody levels [55].

Vitamin D deficiency has been linked with autoimmune thyroid problems. The benefits of supplementing are still uncertain.

However, there is insufficient evidence to support supplementation in people with lupus.

Limited research suggests that vitamin D supplementation has an effect on the immune system in patients with SLE. It decreases memory B cells, effector Th1 and Th17 cells, and increases Tregs [59].

People with lupus are commonly deficient in vitamin D, though the benefits of supplementation have yet to be determined.

Early findings are promising, but there is still insufficient evidence to determine the safety and effectiveness of supplementation in people with rheumatoid arthritis.

According to some estimates, vitamin D deficiency is present in 30-63% of people with rheumatoid arthritis [60].

Greater intake of vitamin D may be associated with a lower risk of rheumatoid arthritis in older women [61].

Other researchers have associated low vitamin D blood levels with rheumatoid arthritis symptoms and severity. Some believe that supplementation is beneficial for people this disease, though this remains controversial [60, 62].

In one study, 500 IU/day of vitamin D along with anti-rheumatic therapy improved pain relief in patients with early rheumatoid arthritis [63].

Despite promising early results, more research is required to confirm the benefits of vitamin D for people with rheumatoid arthritis.

Vitamin D supplementation may have a beneficial role in IBD, but there’s insufficient evidence to determine their effectiveness [64, 65].

Studies in mice indicate that this vitamin plays a crucial role in this disease [66].

One study showed a 32% decrease in CRP (C-reactive protein) levels and a 46% decrease in ESR (erythrocyte sedimentation rate) in patients receiving vitamin D [68].

Low vitamin D level is associated with a higher risk of polyps and adenomas in the colon, common complications of ulcerous colitis [69].

Vitamin D may reduce inflammation people with IBD, though additional studies would be beneficial to confirm its effects.

Despite some scientific interest, proper data to back up vitamin D supplementation in COPD patients is lacking.

Studies highlight that vitamin D deficiency is common in patients with chronic obstructive pulmonary disease (COPD) and correlates with the severity of the disease [70, 71].

Lower blood vitamin levels were also associated with a higher risk of COPD [72].

Its deficiency is associated with an increased risk of lung infections, causing worsening of COPD (73).

It is also associated with bone mineral density and exercise performance in patients with COPD [75, 76].

However, some studies showed no benefit of vitamin D supplementation on COPD symptoms and severity [77, 78].

People with COPD tend to have low vitamin D levels and a tendency to catch respiratory infections. However, evidence is lacking to support supplementation.

Vitamin D plays a role in insulin production and secretion from pancreatic cells. However, there’s not enough evidence to determine whether supplementation can protect against type 1 diabetes disease development [79].

Studies show that supplementation with this vitamin restored insulin secretion [87, 83, 88, 89].

Vitamin D deficiency in early life predisposes to the later development of type 1 diabetes and its complications [90, 91].

A study found that an intake of 2,000 IU of this vitamin during the first year of life diminished the risk of developing type 1 diabetes (92).

The Diabetes Autoimmunity Study in the Young (DAISY) reported an increased presence of antibodies against pancreatic cells in newborns of mothers with a low intake of this vitamin during pregnancy [93].

Vitamin D deficiency might impair sugar control and increase diabetes risk. Supplementation might have a protective effect, though the evidence is far from conclusive.

Almost 60% of patients with celiac disease were found to be vitamin D deficient or insufficient [94].

11) Plays a Role in Cystic Fibrosis

Absorption of this vitamin is reduced in patients with CF due to insufficient pancreatic enzymes [96].

Also, CF patients have increased oxidant and P450 activity, which could lead to faster degradation of vitamin D [96].

Vitamin D deficiency is common in people with cystic fibrosis, who also absorb less and break down more of this vitamin. Higher-dose supplementation may be beneficial if recommended by a doctor.

An increased level of this vitamin is associated with disease activity [101].

Patients with sarcoidosis do not benefit from vitamin D supplementation [103].

People with sarcoidosis should avoid vitamin D supplementation unless recommended by a doctor.

However, it’s unknown if vitamin D supplements are beneficial in people with eczema.

Some scientists believe that vitamin D supplementation may improve disease symptoms and severity. It is also considered as a safe and tolerable therapy when used at the recommended doses [105, 106].

However, concerns have been raised that giving vitamin D to babies and children may increase the risk of atopic conditions like eczema.

Further research is needed to clarify these associations.

In cell-based studies, vitamin D increased the production of cathelicidin, an antimicrobial deficient in atopic dermatitis. More studies are needed to explore its mechanism of action and efficacy [107, 108].

People with eczema are commonly deficient in vitamin D. Supplementation may improve some symptoms, according to limited research.

Evidence on the benefits of vitamin D supplements for reducing the severity of asthma has been conflicting.

Lower vitamin levels are associated with increased markers of allergy and asthma severity [110].

Limited evidence suggests that higher vitamin D levels reduce inflammation in asthma, while people who are deficient are prone to asthma symptoms. No studies back up supplementation in people with asthma, though.

While a growing body of evidence seems to indicate that vitamin D might play a role in a myriad of medical conditions, most of the evidence for these roles comes from in vitro, animal, and epidemiological studies. Randomized clinical trials are considered to be more definitive [117, 118].

In conclusion, make sure to talk with your doctor about the risks and benefits of supplementing with vitamin D, especially if you suffer from an inflammatory or autoimmune condition.