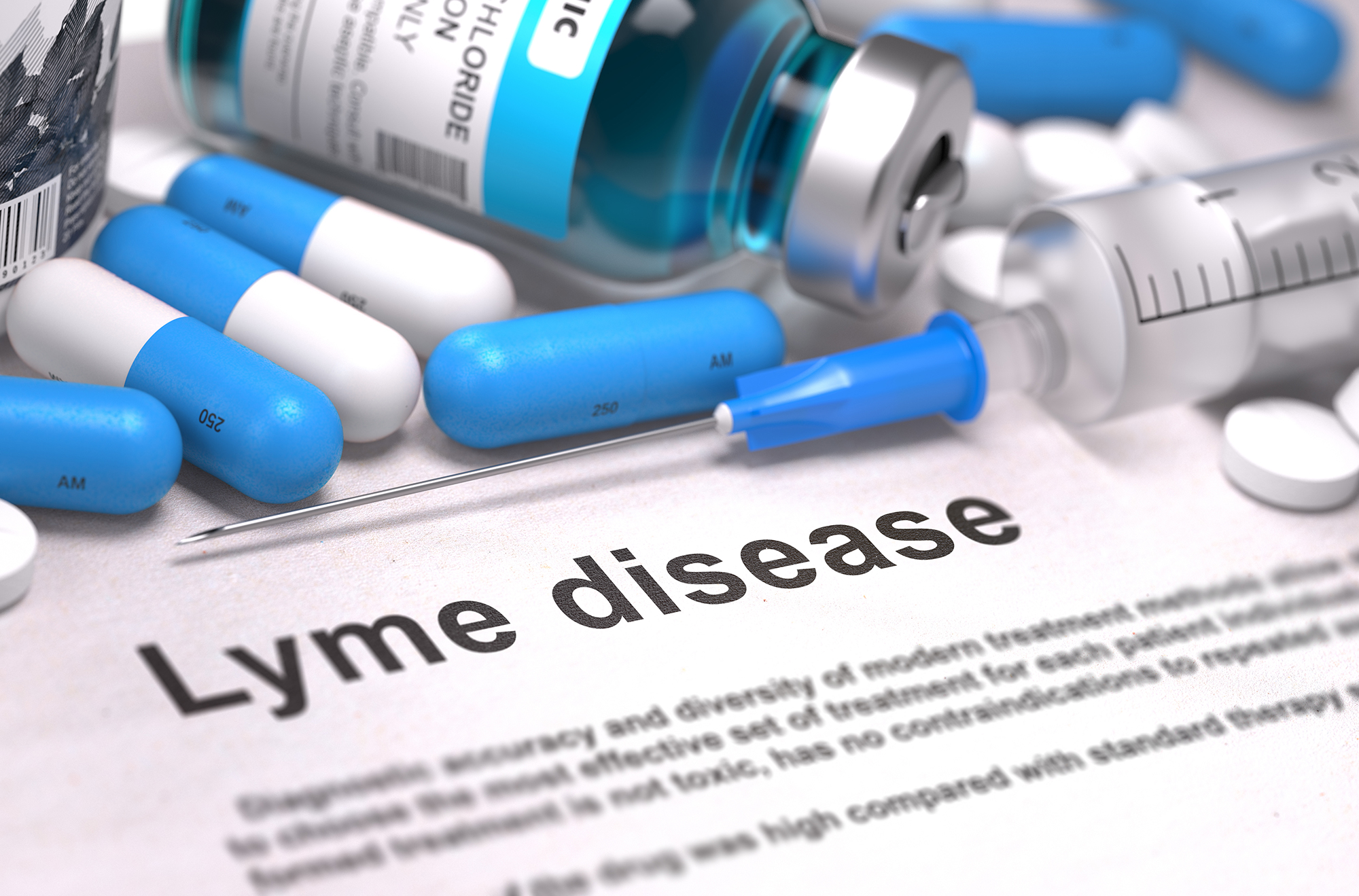 One of the most controversial issues in Lyme disease is whether it can be easily treated by conventional antibiotics, or whether it is a persistent, recurrent and difficult to eradicate infection [1].

How Frequent is It?

The CDC estimates that 10% to 20% of people appropriately treated for the infection will remain symptomatic for an unspecified and variable period of time [3].

Symptoms include fatigue, muscle and joint pain, brain fog, and/or radiating pain persisting for over 6 months [4].

Another study reported that 36% of patients treated with 3 weeks of doxycycline experienced disease manifestations during the 3 to 6 months after the treatment (63 participants) [5].

In a study involving 1k people with persistent Lyme disease, 72% rated their health as fair or poor compared with 16% of the general population of similar age. 39% percent had stopped working, and an additional 28% had reduced their work hours [3].

According to the Infectious Diseases Society of America (IDSA), Lyme disease is “hard to catch and easy to cure”. They are of the opinion that chronic Lyme infection is rare or nonexistent [6].

Those who say this syndrome is not real, suggest instead that patients are reporting symptoms commonly seen in the general population or those of a secondary condition such as fibromyalgia or chronic fatigue syndrome [7, 1, 3].

Sometimes, the symptoms are due to reinfection. In 17 patients, a DNA test showed that each of the subsequent episodes of rash was due to a new infection (presumably transmitted from a new tick bite) rather than a persistent chronic infection [1].

The International Lyme and Associated Diseases Society (ILADS), on the other hand, argues that Lyme disease is not rare. Furthermore, it can be accompanied by other tick-borne co-infections that may complicate the disease [6].

Animal models of Lyme disease in gerbils, hamsters, mice, dogs, monkeys, and horses provided some evidence for persistent Lyme infection. In many of these models, infection persisted despite the equivalent of short-course antibiotic therapy [6, 8].

An NIH-sponsored study in humans found that uninfected ticks acquired B. burgdorferi DNA from feeding on a persistently symptomatic person who had been treated for Lyme disease more than 1 year earlier [3].

The mechanisms responsible for persistent Lyme disease are not fully understood.

Borrelia can form cell-wall deficient forms, called cysts or round bodies, that can revert to viable forms of the bacteria. The resistance of cystic forms to antibiotic therapy has been documented [6].

Currently, the only antibiotic that reliably targets the cyst form of B. burgdorferi is metronidazole or its derivatives [6].

Another mechanism of chronic infection involves the formation of biofilm. These protect bacteria from hostile environments and facilitate persistent infection [6].

After the body has recognized Borrelia, it increases NF-kappaB, resulting in the production of pro-inflammatory cytokines [9]. Cytokines IL-6, IL-10, IL-12, TNF-α, and IL-1β are released from innate immune system cells [10].

Subsequently, as T-helper cells are activated, they transform into a combination of Th1, Th2, Th17, or T regulatory cells, resulting in a polarized immune response [10].

Different individuals can mount immune responses with varying polarization, and researchers think that this polarization may influence the overall outcome of B. burgdorferi infection [10].

Children and adults have different immune responses to B. burgdorferi. Adults have a strong Th1 response (with high INF-gamma), whereas children seem to have a more balanced Th1/Th2 response (with both IFN-gamma and IL-4 elevated) [11, 10].

People with non-chronic Lyme disease-associated nerve disorder (neuroborreliosis) have an initial increase in INF-gamma (Th1), followed by an increase in IL-4 (Th2), corresponding to bacterial clearance. On the other hand, in people who experience chronic nerve disorder, the initial IFN-gamma response is not followed by IL-4 elevation suggesting a persistent Th1 response [10].

Additionally, your genes may have a say in how you react to infection. In animal studies, different strains of mice had reacted differently to B. burgdorferi [10].

Instead, because of the substantial overlap of symptoms with chronic fatigue syndrome and fibromyalgia, treatment recommendations mainly include nonpharmacological approaches: regular low-impact aerobic exercise programs, and cognitive behavioral therapy [13].

Exercise, regular activity, sleep and managing and reducing stress may all be beneficial in treating persistent Lyme disease [13].

There are a variety of alternative treatments that supposedly help with Lyme disease. None of these have been proven effective in humans. Some may be harmful or even deadly. If you’re considering an alternative treatment, talk to your doctor first to make sure it won’t cause harm.

There is a single human study that showed that cholestyramine was beneficial in 25 patients with confirmed Borrelia burgdorferi/B microti coinfection, in addition to standard treatment. Around 10% of US patients with Lyme disease are coinfected with Babesia microti [14].

However, a single small study is not enough to support cholestyramine effectiveness in the general population.

A review of animal studies:

A review of cell studies:

It’s important to stress that what’s found in animal or cell studies, doesn’t always match what’s later found in humans. The findings from animal and cell studies are given solely for information purposes and will be updated when human studies become available.

FDA warns against using bismacine (also known as chromacine), an injectable product that has been used by some to treat Lyme disease. Bismacine contains high amounts of bismuth, a heavy metal used in some medications taken by mouth to treat a bacterium that can cause stomach ulcers (Helicobacter pylori). It is not approved for use by injection [21].

There is one death report and several injury reports related to bismacine treatment. Possible effects of bismuth poisoning include heart and kidney failure [21]!

These May Help With Lyme Disease Symptoms:

To improve your health you’ll likely want to boost the immune system while lowering inflammation. It is important to:

Read more about ways to deal with chronic inflammation here.

If you have persistent Lyme disease, you may have an elevated Th1 response. You may benefit by trying some of the supplements/regimes that help lower Th1. Read more about them here.

Alternatively, you may want to address the symptoms such as brain fog. Read more about brain fog causes and supplements to combat brain fog here.

Finally, Borrelia makes biofilms [23, 24, 25]. You can learn more about biofilms and ways to decrease them here.

Remember, always talk to your doctor before trying lifestyle and dietary changes or before taking supplements. They may interfere with your medical condition or your therapy!

This is a variant of the HLA-DRB1 gene known as HLA-DRB1*0401. It has been associated with rheumatoid arthritis and increased inflammation in early arthritis [26, 27].

Research suggests that following infection with B. burgdorferi, people with this gene variant may have an increased risk of developing chronic treatment-resistant arthritis [28].

An OspA Lyme vaccine might result in autoimmunity in these genetically predisposed individuals. Although causality is difficult to demonstrate, one study reported four male patients with this variant who developed autoimmune arthritis after receiving the LYMErix™ vaccine [28].