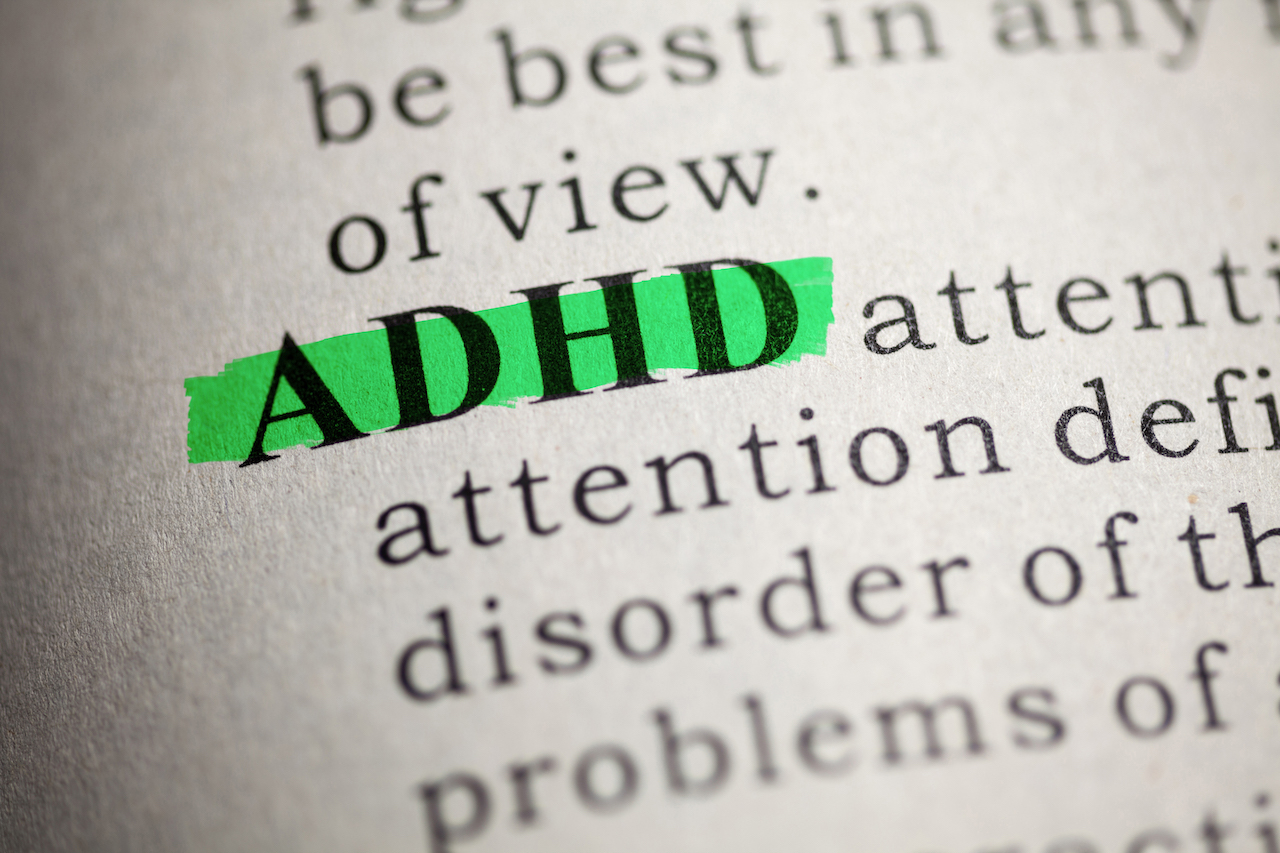 “Brain fog” is a set of subjective symptoms people with ADHD often complain about, such as reduced mental clarity, forgetfulness, and fatigue. This post compiles research about complementary approaches to “ADHD brain fog.”

Remember to talk to your doctor before making any major changes to your lifestyle, diet, or supplements regime. Supplements can interact with the medications you’re taking. Additionally, many supplements have neither been thoroughly researched nor approved by the FDA for medical use.

Behavioral therapies improve psychological disorders through behavior modifications and are a mainstream approach approved by the FDA for children with ADHD. They improved cognitive and behavioral symptoms in 8 trials on almost 1500 children and adolescents [1, 2, 3, 4, 5, 6, 7].

Programs training working memory improved the performance of tasks involving this function in 5 trials on over 300 children and adolescents with ADHD. Because they were less effective than medication and only helped with some working memory areas, the studies suggested they may only be used as add-on therapies [20, 21, 22, 23, 24].

Two meta-analyses concluded that, although they may slightly improve working memory and attention, cognitive training programs have limited effects on overall ADHD symptoms [32, 33].

Clinical research suggests that behavioral therapies improve cognitive symptoms in children and adolescents with ADHD, while cognitive training may slightly help as an add-on.

Neurostimulation is the activation of specific brain regions to improve psychiatric disorders. A few studies have investigated different non-invasive neurostimulation techniques in people with ADHD [34+].

Vagus nerve activation improved ADHD symptoms and was well tolerated in another pilot trial on 24 children. A device using this mechanism (called Monarch external Trigeminal Nerve Stimulation System) is approved for children with ADHD who are 7 to 12 years old and not taking medication if prescribed by a doctor [35].

Another non-invasive technique, transcranial magnetic stimulation (TMS), rapidly improved attention in a small trial on 13 children with ADHD but not in one on 9 adolescents and young adults [37, 38].

Transcranial electrical stimulation has only been tested in adults and showed contradictory results. It improved overall ADHD symptoms in a small trial on 17 people but was ineffective in another one on 30 [39, 40].

A device that activates the vagus nerve is approved in children with ADHD not taking medication. Promising research about the effects of neurostimulation techniques like TENS and TMS on cognition in ADHD is emerging, but more studies are needed.

Neurofeedback is a form of biofeedback training in which brain activity is measured so that people learn how to modify it [41+, 42+].

Neurofeedback was as effective as cognitive-behavioral therapy and more effective than cognitive training in 2 clinical trials on over 200 adults and children with ADHD [62, 63].

All in all, evidence suggests that several neurofeedback techniques may help with ADHD. Note, however, that neurofeedback is not approved for ADHD. You or your child may try this approach if your doctor determines that it may be helpful.

According to some clinical trials, neurofeedback may improve cognitive function in children and adults with ADHD but the results have been mixed.

Although noise generally worsens cognitive performance, white noise (the one created by combining all frequencies) may improve signal transmission in the brain. In people with ADHD, it seems to do so by increasing dopamine release [70+, 71+].

White noise improved working memory, attention, and language skills while reducing distractibility in 4 trials on over 150 children and adolescents with ADHD [72, 73, 74, 75].

While promising, the evidence is still insufficient to support the use of white noise for ADHD. Further clinical research is needed.

According to limited research, white noise may improve attention and reduce distractibility in children with ADHD. Large-scale studies are needed.
Fix Your Brain Fog and Enhance Cognition

Join in on the e-course that has helped hundreds of people get rid of their brain fog and improve their cognitive function. Learn which genes are key players in cognitive function and what you can do to optimize them.

Exercise may improve cognitive function in people with different conditions. It may do so by stimulating the birth of new cells, increasing synaptic plasticity, reducing inflammation and oxidative damage, and improving blood flow in the brain [76+, 77+, 78, 79+, 80+].

Similarly, a 20-min bout of moderate cycling improved motivation for cognitive tasks, increased energy, and reduced confusion and depression in a small trial on 32 men with ADHD [95].

In a trial on 35 adolescents with ADHD, aerobic exercise enhanced the effects of Ritalin [96].

Taken together, evidence suggests that exercise may help with ADHD symptoms. Given its multiple health benefits, it’s a good idea to do more exercise whether it helps with your “brain fog” or not.

Sleep loss increases free radical damage in the hypothalamus by reducing the production of the antioxidant glutathione. It also increases the production of pro-inflammatory cytokines (such as TNF-alpha, IL-6, IL-17, and CRP) [103, 104, 105, 106, 107, 108].

Nine studies on over 1600 children associated ADHD with sleep disturbances, including longer time until sleep onset, more night awakenings and nightmares, reduced sleeping time, and longer REM sleep (which is less restoring). Those belonging to the combined subtype or taking medication had more disturbances [109, 110, 111, 112, 113, 114, 115, 116, 117].

As was the case of exercise, getting a good night’s sleep has multiple added benefits and is always recommended. Whether you have ADHD or not, read this post to learn how to fix your sleep.

The brain needs enough sleep to be healthy. In clinical studies, sleep interventions improved ADHD cognitive symptoms in children and less so in adults.

In a clinical trial on 17 children with ADHD, concentration and attention performance improved after a 20-minute walk in the park but not in urban settings. In 2 surveys, over 500 parents of children with ADHD reported symptom improvement after outdoor activities [132, 133+, 134].

Another advantage of outdoor activities is that you will get more sun exposure. By doing so, you will produce a nutrient suggested to improve inattention and other ADHD symptoms: vitamin D [135, 136, 137].

Mindfulness is a technique derived from Eastern meditation practices. Its combination with psychotherapy helps reduce distractibility and control emotions [138, 139].

Yoga is a different technique that combines meditation with posture and breathing control. In 4 clinical trials on 100 children with ADHD, yoga improved hyperactivity and inattention symptoms [156, 157, 158, 159].

Although the results are promising, mindfulness and yoga are not approved therapies for ADHD. Discuss with your doctor if they may help you or your child and never use them in place of what your doctor recommends or prescribes.

Some researchers think mindfulness meditation and yoga may improve ADHD symptoms (including stress, hyperactivity, and inattention).

In 5 studies on almost 200 children and adolescents, those with ADHD had lower omega-3 than omega-6 fatty acid levels in their blood and cell membranes. This was associated with more severe cognitive and behavioral symptoms [162, 163, 164, 165, 166].

Two meta-analyses concluded that omega-3 fatty acids may improve ADHD symptoms. However, they warned that they may have little or no effect unless you have omega-3 deficiency [173, 174].

You can increase your omega-3 fatty acid intake by taking supplements or eating foods rich in them such as [175+, 176+]:

Clinical research suggests that children with ADHD may benefit from higher omega-3 intakes, especially if deficiency is suspected.

In 3 clinical trials on over 200 children with ADHD, restriction diets reduced inattention and hyperactivity. The foods identified as most commonly causing the symptoms included chocolate, dairies, fruits, wheat, and tomato [177, 178, 179, 180].

In many cases, the food may only worsen ADHD symptoms in intolerant people. For instance, gluten is a well-known “brain fog” trigger only in celiac people. In a trial on 26 adults with ADHD and celiac disease, ADHD symptoms improved after going gluten-free [181, 182].

However, more clinical research is needed to confirm their role in ADHD symptoms. Additionally, maintaining a restriction diet in the long-term can lead to deficiencies and it’s better to identify which food caused the unwanted effects by adding foods one at a time back in. Be sure to follow your doctor’s instructions carefully when it comes to restriction diets [190, 191+].

According to some studies, restriction diets may improve cognitive symptoms in people with ADHD and food intolerance. More research is needed.

Some researchers believe that the gut microbiota plays a key role in cognitive function and behavior. The communication between the gut and the brain is often called the ‘brain-gut axis’ [192].

Interestingly, a probiotic given to babies prevented them from being diagnosed with ADHD later during childhood in a clinical trial on 75 children [198].

Further research is needed to confirm the role of the gut microbiome on ADHD symptoms.

Research suggests that unhealthy, fast food causes microbiome imbalances and worsens cognition in children. Research about the potential benefits of probiotics is ongoing.

It is not certain whether any supplement is effective in treating any ADHD. Medicinal use of these products has not been approved by the FDA. Supplements should not be used in place of medication prescribed for you by your doctor. Talk to your doctor before taking any supplements to avoid potentially dangerous interactions.

A commercial supplement with 14 vitamins, 16 minerals, 3 amino acids, and 3 antioxidants (EMPowerplus) improved language abilities, mood, and behavior in 3 small trials on 28 adults and 11 children with ADHD [218, 219, 220].

Another supplement (with taurine, glutathione, alpha-lipoic acid, vitamins, minerals, plant extracts, amino acids, essential fatty acids, and probiotics) was as effective as Ritalin at improving cognitive symptoms in a clinical trial on 20 children [221].

Research about the benefits of specific supplements for ADHD “brain fog” is sparse. Additional studies should explore the nutrients and herbs that show promise.

The effects of most natural methods to fix ADHD “brain fog” have been studied in few, small trials, sometimes with contradictory results. Some of them are promising, but more studies are needed to confirm the preliminary results.

ADHD is marked by cognitive difficulties, some of which are subjectively described as “brain fog.” This term covers a range of attention, focus, and memory problems, which are often accompanied by fatigue and mood imbalances.

Research is currently exploring complementary approaches to improve these symptoms. Among them, strong evidence supports the use of behavioral therapies.

Promising results were also seen for cognitive training, neurofeedback, and meditation. Among dietary changes, studies reveal that children with ADHD may benefit from higher omega-3 intake (if deficient). They should also avoid saturated fats and high sugar intake, which worsen overall health and cognition.

Studies about the effects of dietary supplements on “ADHD brain fog” is sparse. Additional research should explore the most promising compounds.