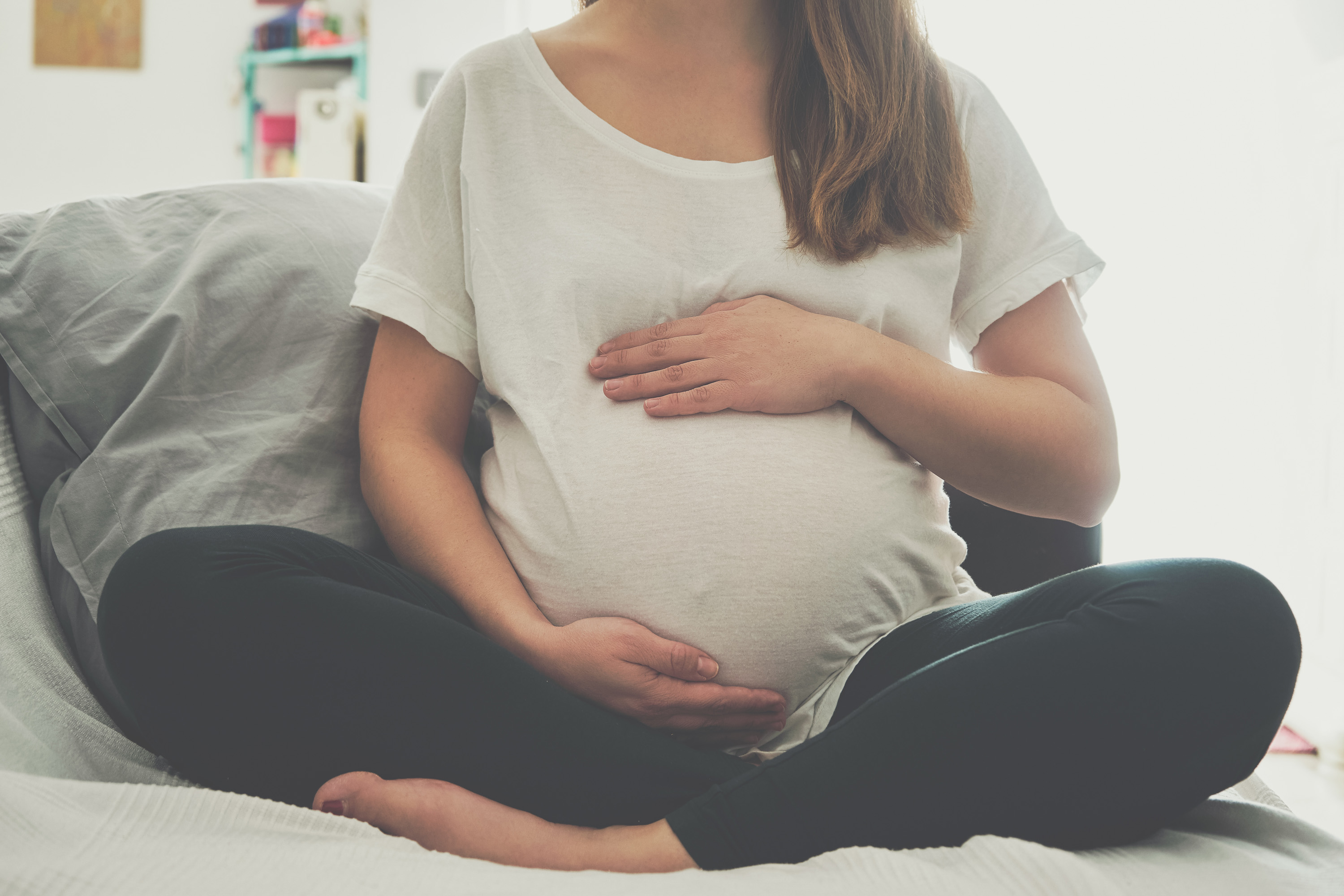 Prolactin does so much more than stimulating milk production – it boosts immunity, combats stress, and shields the brain. In this article, you will learn how prolactin functions in your body and the factors that control its secretion. Read on!

Prolactin (PRL) is a peptide hormone encoded by the PRL gene. As the name suggests (pro-lactation), its primary function is to stimulate milk production in women [1, 2].

The roles of prolactin in the human body are actually much more complex and not limited to females; it’s an all-around hormone that controls metabolism, immunity, reproduction, mental health, and more. It has over 300 effects in the human body [3, 2, 4, 5].

Where is it Produced?

The majority of prolactin comes from your brain. More precisely, your anterior (front) pituitary gland contains so-called lactotroph cells that create and release prolactin into the bloodstream [1, 3].

Other tissues and organs in your body produce small amounts, too. These include [3, 6]:

Lymphocytes and monocytes release prolactin as a cytokine or immune system stimulant. Check out “Prolactin Functions” below for more details about its role in immunity [6, 7].

Hormones in Control of Prolactin

Like other pituitary hormones, prolactin is under the control of the hypothalamus, which produces hormones that stimulate or inhibit prolactin secretion [8, 3].

Dopamine is the primary Prolactin Inhibiting Factor (PIF) and the most important regulator of its secretion. Prolactin boosts dopamine in the hypothalamus, which in turn inhibits further prolactin release – a common mechanism known as a negative feedback loop [3, 10].

Factors that boost prolactin by suppressing dopamine in the brain include [11, 12, 13]:

On the other hand, dopamine agonists inhibit prolactin secretion. Doctors use them to treat different conditions with increased prolactin or hyperprolactinemia [14, 15, 16].

TRH from the hypothalamus stimulates the anterior pituitary gland to release TSH, which boosts thyroid hormones, and prolactin [17].

Next, a spike in thyroid hormones blocks both TRH and TSH production – another negative feedback loop. People with an underactive thyroid or hypothyroidism lack this control mechanism and have increased TRH, which may raise their prolactin [11, 18].

Besides blocking dopamine, estrogen directly boosts the growth of prolactin-producing cells and stimulates their secretion. During pregnancy, prolactin blood levels follow the gradual rise in estrogen [13, 19].

During pregnancy, estrogen and progesterone block prolactin receptors in the breasts and thus prevent lactation. Birth causes a sharp fall in these hormones, which enables milk production and nursing [20, 21].

Oxytocin works hand-in-hand with prolactin during lactation to eject the produced milk. Cells that produce prolactin have oxytocin receptors, and these hormones likely stimulate each other’s production [22].

Suckling triggers the release of both hormones, and it’s the main lactation stimulant after birth [23, 21].

Besides nursing, things that stimulate the mother to push out or “let down” milk (the oxytocin reflex) include [24, 25]:

According to a study on rats, prolactin may inhibit oxytocin in non-pregnant females, but it switches to stimulating effect in pregnancy [26].

The primary role of prolactin is to stimulate breast milk production (lactation). Prolactin increases during pregnancy and peaks by the time of giving birth [34, 10].

Right after delivery, prolactin starts boosting the production of proteins, lactose, and other components of breast milk. Other hormones essential for this process include insulin and oxytocin [4, 35].

Each episode of nursing peaks the prolactin levels and ensures a steady milk supply. If the mother stops nursing, prolactin returns to non-pregnant values after 1-2 weeks [20].

As mentioned, intimate contact with the baby and a supportive environment stimulate lactation by boosting prolactin and oxytocin.

On the other hand, high prolactin prevents ovulation during breastfeeding (by suppressing GnRH), which protects the mother from a new pregnancy. In fact, women who breastfeed their babies frequently and for long periods of time can naturally delay ovulation for 1-2 years [36, 23].

2) Plays a Role in Breast Development

Breast tissue develops in puberty and continues to undergo cyclical changes throughout a woman’s life. The biggest changes happen during pregnancy, when the breasts are thought to fully mature [37].

Prolactin orchestrates hormones and growth factors that support breast development. The other ‘players’ include [3, 38, 39]:

Their complex interplay results in the enlargement of mammary glands, preparing them for milk production.

The other name for prolactin is luteotropic hormone (luteotropin), which indicates another vital role of this hormone. It stimulates the ‘yellow body’ (corpus luteum) in the ovaries to make progesterone, which helps establish and maintain pregnancy [35].

Additionally, it enables the embryo to attach to the uterus lining and boosts the formation of the placenta.

Abnormally high levels in pregnancy may even increase the risk of miscarriages, but the current evidence doesn’t allow for a solid conclusion [40, 41].

Prolactin resembles growth hormone, which is essential in all stages of fetal development [42].

We are still learning about the exact roles of prolactin in the prenatal stage; scientists suggest it enables brain development and regulates immunity [43].

Studies on rats and mice have revealed widespread expression of PRL receptors in the fetus, voicing its crucial roles in fetal growth. The placenta also releases compounds similar to prolactin, known as placental lactogens [44, 45].

During and after pregnancy, prolactin changes the mother’s brain and induces the appropriate behavior in caring for the baby. Higher prolactin levels are associated with nurturing and parenting practices in men and women alike [4].

According to a study on mice, PRL stimulates the mother’s brain and sharpens her sense of smell, which is essential for the recognition and rearing of the offspring [46].

However, high prolactin may make new moms hostile, which is probably an adaptive mechanism to protect the young [47].

Our brain releases prolactin in response to stress and thus balances the effects of the stress hormone, cortisol. Prolactin inhibits ACTH, a hormone that stimulates cortisol production [4].

Low levels of prolactin after delivery can trigger anxiety in sensitive women while an intimate contact with the infant brings relaxation. Other components mediating this effect include [48]:

Prolactin shields the brain and immune system of new moms against the negative impact of stress [49].

A study on rats has confirmed the calming effect of prolactin in both sexes, regardless of pregnancy [50].

Prolactin acts as a signaling molecule (cytokine) in the immune system. It helps the immune cells mature and divide, enabling them to produce other cytokines such as [51, 52]:

This strengthens the response to outside threats such as microbial infections. One animal trial even reported the ability of prolactin to induce an anti-cancer immune response [53].

Conditions with increased prolactin may over-stimulate the immune system and possibly play a role in different autoimmune diseases [54, 52].

Our fatty tissue, liver, and pancreas have prolactin receptors, indicating its role in energy use and intake [55].

Prolactin increases appetite and food intake by causing leptin resistance. This effect is meant to provide extra energy and nutrients during pregnancy, but it can happen in all conditions with high prolactin [56, 57, 58, 59, 60].

In the pancreas, prolactin increases insulin secretion and glucose sensitivity. This helps prevent diabetes in new moms but can cause weight gain in both sexes [3, 61, 62, 63].

During late pregnancy (3rd trimester), it may cause transient insulin resistance meant to spare glucose for the growing fetus [64, 65].

9) Protects the Brain and Nerves

A study on mice revealed a crucial role of prolactin in the hippocampus, the brain’s center for emotions and memory. The hippocampus was up to 80% less developed in mice devoid of PRL, resulting in learning and memory impairments [67].

In similar animal trials, prolactin was able to protect the brain against the damaging effects of seizures and stress [68, 69].

Prolactin regulates fluid, sodium, and potassium transport across the gut membrane and their flushing with the kidneys [2].

In general, it causes water and mineral retention, but the outcome depends on other hormones that have a bigger impact (such as aldosterone and vasopressin) [70, 71].

Prolactin maintains the balance under normal conditions but also plays a role in fluid buildup due to liver and kidney diseases [72].

Although the central roles of prolactin are around pregnancy and nursing, men also produce significant amounts of it. Other functions listed above apply to both sexes and confirm that prolactin is much more than just a “milk” hormone [73, 74].

The primary stimulus for prolactin secretion in men is stress. Under normal conditions, prolactin works to maintain reproductive health and strong immunity in men [75, 3].

Prolactin may not be essential for reproduction in men, but its optimal levels enhance testosterone secretion and the production of semen. The overnight increase in testosterone is likely related to a spike in prolactin [3, 76].

In 20 infertile men with low prolactin (hypoprolactinemia), prolactin treatment reduced abnormal sperm cells by 42%. The doctors regarded low prolactin as one of the primary causes of the participants’ infertility [77].

According to an observational trial with over 2.5K people, low prolactin is associated with [78]:

On the other hand, chronically high prolactin (hyperprolactinemia) causes a drop in sex hormones and sexual dysfunction in both men and women. High levels of prolactin will block hormones that are essential for reproductive health (GnRH) [79, 23].

Multiple studies voice the detrimental effects of high prolactin on libido and fertility in men. Treatment with dopamine agonists may restore their sexual function and testosterone [80, 81, 82].

In summary, both high and low prolactin can hinder sexual function and reproductive health in men while normal levels support them.

Nipple discharge in males (and non-nursing females) is an abnormal process known as galactorrhoea, and the growth of male breast tissue is called gynecomastia. They may occur due to transient hormonal disbalance in puberty [83].

In adults, the following may cause galactorrhoea and gynecomastia [83, 84, 85]:

Interestingly enough, nipple discharge of one young man (due to high PRL) had all essential components of mother’s milk. Some scientists have even speculated that men’s “lactation” is an adaptive mechanism meant to replace mother’s milk on extreme occasions [86, 87].

Read about the prolactin blood test to learn about the causes and symptoms of high/low prolactin.

Prolactin is a pituitary hormone that stimulates lactation and breast development in nursing women. It also relieves stress, makes people more nurturing, boosts immunity, and controls metabolism and food intake. Dopamine blocks prolactin while various other hormones normally increase it (TRH, estrogen, oxytocin). In breastfeeding mothers, suckling and breast stimulation are the main cues for prolactin release. All prolactin roles unrelated to pregnancy and breastfeeding apply to men. Both men and women need optimal amounts of prolactin for strong immune defense and brain and reproductive health.