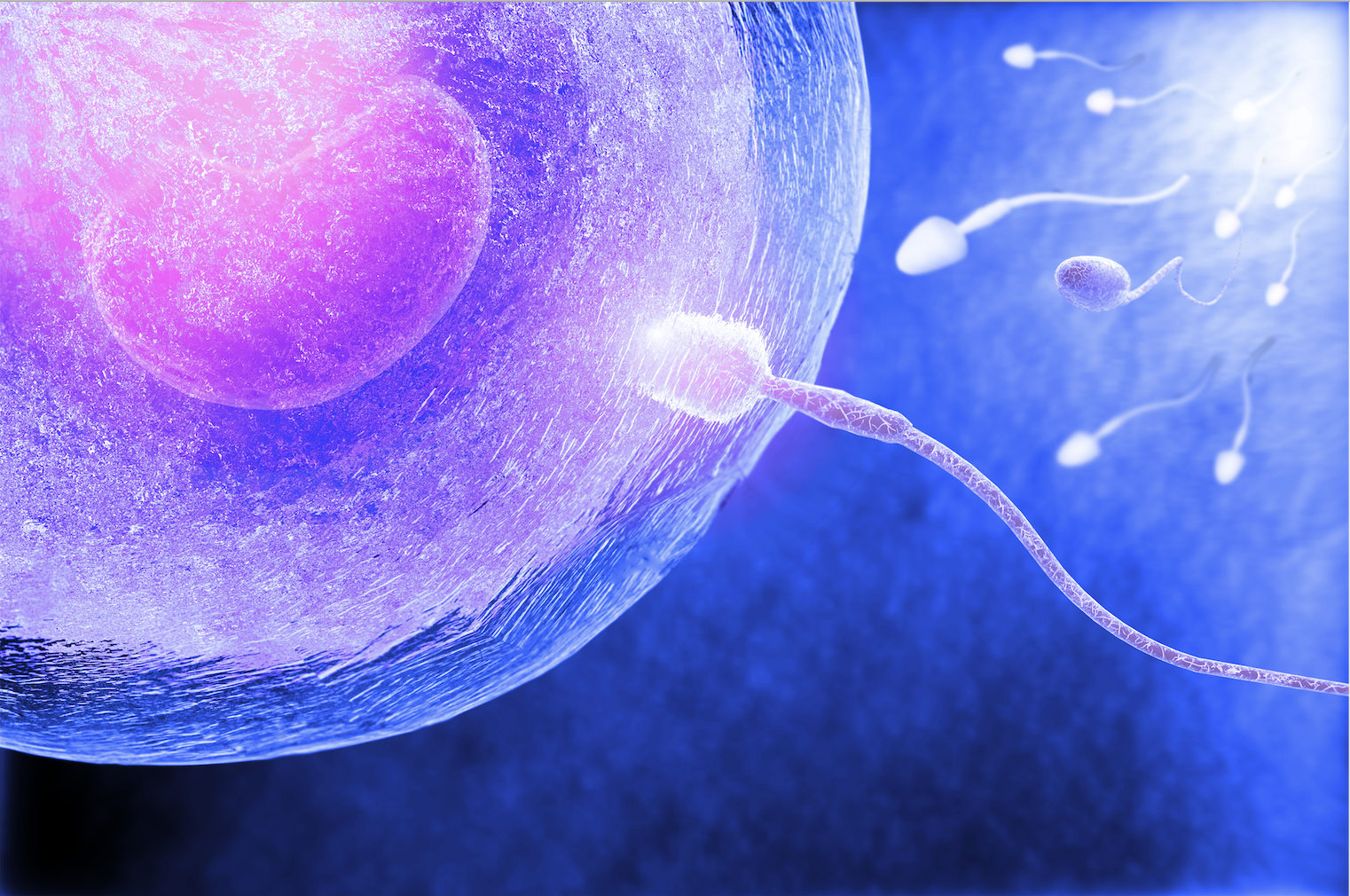 Inhibin is an important hormone for male and female reproductive health. It is involved in the development of reproductive organs, fertility, and pregnancy. It also serves as a diagnostic marker for a variety of body functions and conditions. Read on to learn more about the roles of inhibin, normal blood levels, and conditions associated with high and low levels of this hormone.

Inhibin is a hormone secreted in response to FSH [1].

In turn, inhibin ultimately suppresses the production and release of FSH from the pituitary gland [2].

Reproductive organs are the main source of inhibin, although it can also be found in the prostate, brain, and adrenal glands [6].

Activin is another sex hormone that increases FSH and gonadotropin-releasing hormone (GnRH) production. Inhibins suppress this increase in FSH and GnRH by blocking the binding of activin to its receptors [7].

There are two forms of inhibin, inhibin A and B [8].

Inhibin A and B

Inhibins are protein complexes with two units linked to each other. These are called inhibin A and B [8].

During the late luteal phase, inhibin A levels drop, allowing FSH levels to increase. This activity plays a role in the biological changes within a menstrual cycle [11, 12].

In contrast, males only produce inhibin B, which is produced in the testis by the Sertoli cells. Inhibin B production and secretion changes during the development of testis, and inhibin B increases or decreases the secretion of FSH depending on the sperm production process [13].

FSH stimulates the production of inhibin by the granulosa cells of the ovaries and the Sertoli cells of the testes [14].

Other factors that increase inhibin production include:

Factors that reduce inhibin production include:

In females, inhibin secretion increases as the follicle matures. This enhances the activity of aromatase, the enzyme involved in the production of estrogen [14].

Inhibin B, which is produced in the testis by the Sertoli cells, is the active form of inhibin in men. As blood inhibin B levels increase, FSH levels decrease. Higher blood levels of inhibin B increase the number of Sertoli cells and sperm production in healthy fertile males [18, 8].

Inhibin B is a marker of sperm production and male reproductive health. Blood inhibin levels were reduced in 104 men with various testicular disorders as compared to normal men [19, 20].

In a study with nearly 1,800 fertile men, elevated blood inhibin B levels were associated with increased sperm count and concentration [21].

In women, inhibins A and B have a different pattern of secretion throughout the menstrual cycle [22].

Decreased inhibin B secretion decreases the ovarian follicular pool in women and leads to infertility [23].

Also, inhibin levels during pregnancy are higher than those during a normal menstrual cycle [24].

Because inhibins are produced by the placenta and fetal membranes, they may be used to diagnose fertility problems and early pregnancy [22].

A mutation in inhibin gene is associated with premature ovarian failure (POF). This causes a reduction in inhibin B activity, and thus, inhibin B levels are used to detect POF and ovarian recovery in women with hypothalamus-associated problems [25, 26].

Additionally, both inhibin A and B can be used to assess the function of the ovaries in patients with Turner syndrome, a genetic disorder [26].

Total inhibin levels in the blood are also used in the diagnosis of patients with polycystic ovary syndrome (PCOS) and ovarian tumors [26].

Ovarian reserve is the ability of the ovaries to produce egg cells capable of fertilization for a successful pregnancy. Decreased inhibin B levels were seen in women with declining ovarian reserve [27, 28].

Women with low blood inhibin B levels also showed a reduced response to ovulation stimulation and a decreased chance of becoming pregnant, naturally or with assisted reproduction [29].

Inhibins enhance the health and development of ovarian follicles. Higher levels of inhibin A and B in the follicular fluid also increase pregnancy rates [30].

The bone activity of removal and replacement of bone takes place throughout the body. Bone mass is maintained by a balance of bone formation and bone loss. Inhibin suppressed both of these activities in mice bone marrow [31, 32].

Low blood inhibin levels were associated with increased markers of bone formation and bone loss in pre- and perimenopausal women [34].

However, in mice, high levels of inhibin A increased bone mass and strength [35].

4) May Be Involved in Eye Development

Similarly, in the adult rat eye, a subunit of inhibin (α-subunit) was detected in cells of the retina that respond to light [37].

Decreased production of bone marrow and splenic cells was seen after inhibin injection (in the vein) in mice [39].

Inhibin levels are a marker of reproductive health. Low or high levels don’t necessarily indicate a problem if there are no symptoms or if your doctor tells you not to worry about it.

During menopause, ovarian follicles, inhibin, estrogen, and androgen levels are reduced while FSH levels increase. As a result of these changes, the menstrual cycle becomes irregular [42, 43].

In women over 40 years with periods, high levels of FSH were only linked to reduced blood inhibin B levels but not inhibin A levels [44].

The luteal phase is also affected by age. In older women, during this phase, progesterone levels remain stable but inhibin A levels are reduced [43].

POF is a condition associated with loss of menstruation, infertility, and increased sex hormone levels in women under the age of 40. In these women, blood inhibin A and B levels are lower, while FSH is higher [45, 46].

Inhibin B is important for Sertoli cell development and sperm production [47].

Low levels of inhibin B reduce sperm production and can lead to testicular problems. Thus, inhibin B levels may be useful in predicting male infertility [48].

In a clinical study of 160 males, blood inhibin B levels were used as a marker for male infertility [49].

Blood inhibin A levels increase over the course of pregnancy. They remain low during the first and second trimesters and then rise during the third trimester [50].

In the later stages of pregnancy, the fetal placenta becomes the major source of inhibin. In a spontaneous abortion study, a significant decrease in maternal blood inhibin A levels was observed [51].

Thus, inhibin A may be useful in predicting spontaneous abortion and early pregnancy loss.

Inhibin A may also predict the survival of the fetus during early pregnancy in women undergoing in vitro fertilization (IVF). Increased pregnancy loss was seen in women with lower blood inhibin A after IVF [52, 53].

Inhibin levels are a marker of reproductive health. Low or high levels don’t necessarily indicate a problem if there are no symptoms or if your doctor tells you not to worry about it.

Ovarian cancer is one of the most common cancers in women, and inhibins play a role in its development [54, 55].

Inhibin B is the major form of inhibin secreted by granulosa cell tumors and can be used as a tumor marker to determine response to therapy [56].

Blood levels of inhibins were raised in women with mucin-producing epithelial cell cancers [58].

Women with breast cancer that underwent surgery showed a decrease in blood inhibin levels, indicating that these tumors may be secreting inhibins [60].

The risk of having a child with Down syndrome is highest among women over 35 years of age [62].

The link between increased blood inhibin and Down syndrome was seen in various studies [63, 64].

Inhibin A is used in tests performed to predict the risk of Down syndrome [65].

Blood inhibin A levels were increased in women with preeclampsia compared to those with a normal pregnancy [67].

Elevated maternal inhibin A levels are also associated with increased severity of preeclampsia [68].

5 Health Benefits of Guarana + Side Effects