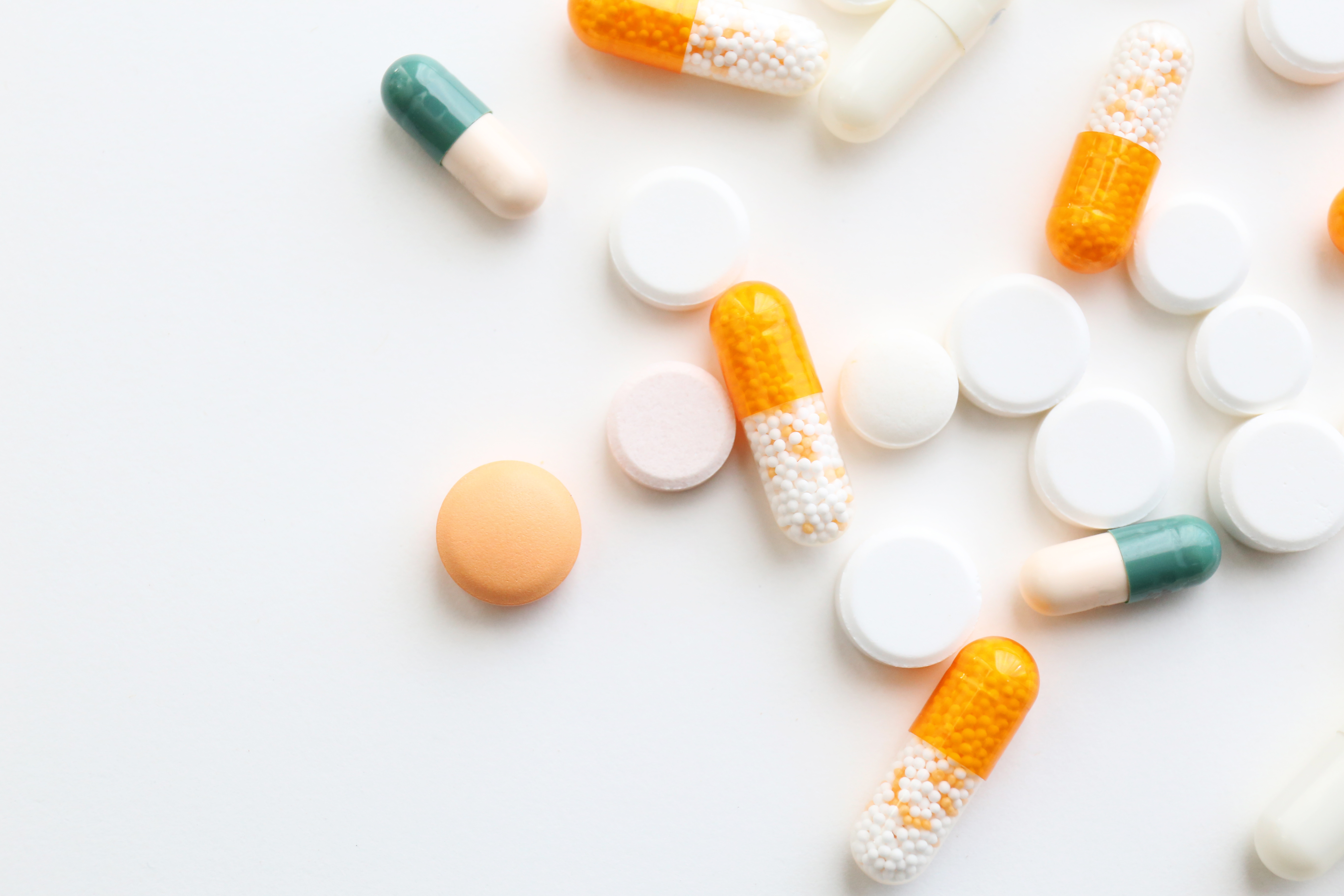 Lithium may seem like a scary drug. It can cause severe side effects and be toxic to different organs of the body. But toxicity usually happens only with high doses. Is fear really warranted? Read on to learn about the signs and symptoms of lithium toxicity and how it is treated.

What is Lithium Toxicity?

Lithium toxicity (also known as lithium overdose or lithium poisoning) develops when the amount of lithium in the body becomes too high. This usually happens when patients take too much of their lithium medication [1].

Lithium is known as a mood stabilizer and is commonly used in psychiatric conditions, like bipolar disorder and depression [1].

According to some estimates, about 1 in 100 patients experience moderate to severe lithium toxicity each year. Toxicity occurs more frequently in women and the elderly [2].

The toxic effects of lithium generally become worse as the level of lithium in the blood increases. Symptoms of toxicity can range from nausea and vomiting in mild cases to brain damage and even death in cases of severe intoxication [2].

Luckily, less than 1% of lithium toxicity cases result in death as long as proper medical treatment is received [3, 4].

People who take lithium for a long time may also experience negative effects on certain organs, like the kidneys as well as the thyroid and parathyroid glands [1, 5].

Lithium toxicity can be divided into 3 categories [6].

Acute toxicity occurs when someone who hasn’t taken lithium before suddenly takes a high dose. This can happen when a person accidentally takes a prescription lithium pill or when someone purposely takes a lot of lithium for self-harm [2].

Chronic toxicity appears in those who regularly take lithium medications at too high of a dose, leading to constantly elevated lithium levels [2].

Acute-on-chronic toxicity can be the most dangerous form. This happens when a person who is currently taking lithium takes even more lithium than normal, either accidentally or intentionally [2].

Lithium toxicity is also sometimes classified based on severity.

Moderate toxicity occurs at lithium blood levels between 2.5 and 3.5 mmol/L [6].

However, these definitions are not universal – different hospitals and organizations may have slightly different ranges [2].

One of the main causes of lithium toxicity is prescription lithium medications.

This can happen in a number of ways. A patient may accidentally take an extra lithium pill. Or perhaps the dose is too high, leading to elevated lithium levels. Either way, even small increases in lithium blood levels can cause toxicity [7].

This is because lithium has a narrow therapeutic window, which means its blood concentration needs to be in a tight range for it to be effective and safe [7].

Generally, lithium levels should be somewhere between 0.5 to 1.2 mmol/L. Levels above this range may lead to more side effects and toxicity, while levels below this may make the drug ineffective [7].

Signs of toxicity typically start to appear at lithium levels above 1.5 mmol/L [8, 9].

Lithium levels should not go above 2.0 mmol/L. Levels above this can lead to serious toxicity [8, 9].

However, toxicity can occur at any lithium level, even at normal or therapeutic levels. Therefore, each person’s target range may be somewhat different. The elderly are especially susceptible to toxicity at lower levels. Always talk with your doctor to find out what your test results mean for you [1, 10].

Let your doctor know about all the medications and supplements you are taking to avoid possible interactions.

Certain drugs can interact with prescription lithium and make toxicity more likely. This doesn’t necessarily mean lithium can’t be taken with these drugs, only that close monitoring by a doctor is required [11].

According to some estimates, up to 85% of bipolar patients use two or more medications at once, including lithium [12].

Another study found that about 12% of lithium toxicity cases are associated with drug interactions [2].

Some medications that may increase lithium blood levels include [11]:

There are also various case reports of other drug interactions, including tetracycline, methyldopa, phenytoin, haloperidol, and lactulose [13, 14, 15, 16, 17].

What About Other Lithium Sources?

Prescription lithium drugs are not the only source of lithium available.

Lithium supplements, mainly in the form of lithium orotate, can be purchased over the counter by anyone. Lithium can also be naturally found in food and water [18].

Let your doctor know of all the supplements you are taking to avoid any dangerous interactions.

This is in contrast to lithium carbonate (the prescription form of lithium), which contains about 19 mg of lithium per 100 mg [18].

Despite this difference, there are still a few case reports of intoxication from lithium supplements [19, 20].

In one case, a woman experienced nausea and vomiting after ingesting 18 tablets of lithium orotate at once [19].

Lithium can be naturally found in many types of foods and drinking water sources, although in extremely small amounts.

Even foods that are considered lithium-rich have minuscule amounts of lithium compared to prescription medications [18].

For example, nuts (one of the most lithium-rich foods) only have 8.8 micrograms of lithium per gram [18].

In the United States, lithium concentrations in groundwater can range from almost zero to over 170 micrograms/L. These concentrations of lithium are generally too small to cause any kind of toxicity [21, 22].

Signs and Symptoms of Lithium Toxicity

The most common signs and symptoms of lithium toxicity (defined as blood levels > 1.5 mmol/L) include [2]:

Confusion and disorientation are the most common symptoms for any kind of lithium toxicity [2].

According to a 17-year-long observational study of 1,340 patients, chronic intoxication (high lithium levels over a long period of time) is associated with more neurological symptoms, like tremors and balance issues [2].

On the other hand, acute intoxication (a single ingestion of a high dose of lithium) may lead to more mental changes, such as confusion, agitation, and tiredness [2].

Research shows that women and the elderly are much more likely to experience symptoms of lithium toxicity [2, 24].

Lithium is known to be toxic to certain organs, including the kidneys. This is why people taking lithium medications usually need to have their kidney function monitored [7].

Lithium reduces the rate at which blood is filtered by the kidneys [1].

It also reduces the urine concentrating ability of the kidneys by as much as 15% [1].

These factors can potentially lead to kidney failure, but research suggests the risk is fairly low (only 0.5% according to some estimates) [1].

Generally, the benefits of lithium will outweigh the risks of kidney injury. Even in those with kidney disease, lithium may be continued with careful monitoring [5, 7].

Regular thyroid level checks are also important for those taking lithium. Thyroid and parathyroid problems occur in about 25% of patients on lithium [1].

Lithium has several negative effects on the thyroid gland, including blocking T4 and iodine uptake. This can increase TSH levels, which may lead to hypothyroidism [25, 1].

Lithium also blocks the calcium-sensing receptor in the parathyroid gland, which impairs its function. This leads to an increase in calcium and parathyroid hormone in the blood, which can develop into hyperparathyroidism [1].

If you are taking lithium and are pregnant or plan to become pregnant, let your doctor know. Only take lithium while pregnant under the direction of a doctor.

Lithium use during pregnancy can be a complicated issue.

Lithium is known to have toxic effects on the fetus. More specifically, it may cause certain types of heart defects. Women with bipolar disorder also have a higher risk of pregnancy complications in general [26, 27].

But stopping lithium is sometimes not a viable option, especially for women experiencing severe bipolar symptoms [7].

The decision to stop or continue lithium during pregnancy requires a doctor to carefully weigh the benefits and risks [7].

If lithium is continued, monitoring the baby’s heart is usually recommended [7].

Breastfeeding while taking lithium is typically not recommended, but that is also up to the discretion of the doctor [7].

If you or someone you know shows symptoms of lithium toxicity, seek immediate medical attention.

Treatment of lithium toxicity depends on several factors, including the severity of symptoms and the lithium level in the blood. Hospitals may also have differing protocols for handling intoxication [28, 6].

Treatment of lithium toxicity may include [2]:

In mild cases, a doctor may simply stop the lithium medication and monitor the patient’s progress [3].

Patients will typically stay in the hospital until all toxicity symptoms are gone and their lithium blood level drops below 1.5 mmol/L [28, 6].