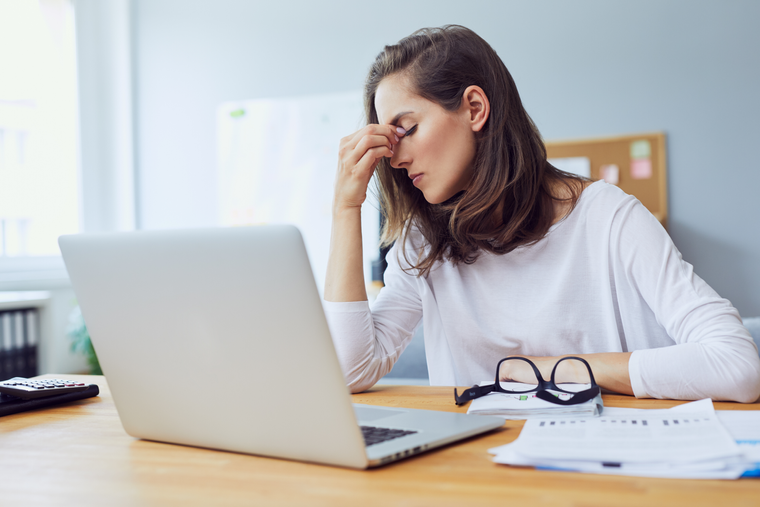 Learn how vascular restriction and dilation cause migraines and headaches. Discover how to identify the cause of your own migraines or headaches.

This article focuses on identifying the cause of migraines and headaches. If you want to see complementary strategies for migraines, read this article describing 31 natural, science-backed remedies.

The Main Cause of Migraines and Headaches: Inflammation

It’s still controversial in the scientific arena whether migraines are primarily a vascular (blood vessels) or a neurological dysfunction (dysfunction of neurons), but it’s likely that both have a significant role to play.

Whether vascular or neurological, the source is likely brought on by inflammation. Inflammation directly affects the vascular system and can damage neurons by causing ROS.

Nevertheless, remember to consult your doctor if you have migraines or other types of headaches. He or she will try to identify their underlying cause and prescribe a treatment to relieve and prevent them.

Chronic migraine is a disease which has headaches as the main symptom.

Headaches can be caused by either too much vasodilation or vasoconstriction.

If someone has a tendency for either state, certain triggers can be tipping points which lead to a headache.

The 3 Main Causes of Vascular Instability That Contribute to Migraines

These three causes are highly connected to one another and one cause can contribute to another. There are many interactions taking place.

Inflammation influences our endocrine and neurotransmitter levels and these can, in turn, modulate inflammation. Any hormone could lead to an increase or decrease in another hormone.

Inflammation is a natural and healthy response to injury, but chronically high levels are problematic.

CGRP release is perhaps the most significant cause of migraines. During some migraine attacks, increased concentrations of CGRP can be found in both saliva and plasma drawn from the external jugular vein [2].

Furthermore, intravenous administration of alpha-CGRP is able to induce a headache in individuals susceptible to migraines [2].

Tumor necrosis factor alpha (TNF), another cytokine, can also increase the expression of the CGRP gene [3]. iNOS, which is induced by TNF and NF-kb (a transcription factor), also increases the expression of the CGRP gene [2]. MAPK also has a significant role in the inflammatory process that releases CGRP [3]. MAPK is caused by AGEs, which is caused by sugar, especially fructose.

iNOS produces nitric oxide, which causes vasodilation. People with migraines with aura have an increased sensitivity to endothelial nitric oxide. The result is more vessel dilation than is warranted when there is increased blood flow [4].

Further supporting the role of inflammation, studies have found people with migraines are more likely to have a variation of the gene that makes TNF-alpha. These people have the “TNF-α -308G/A polymorphism”, which is associated with migraine incidence [5]. This variation makes these people have a larger spike of TNF in response to an injury, infection or inflammatory agent [6].

Acute bouts of inflammation from injuries can, therefore, exacerbate these migraines.

In general, acute inflammation is characterized by marked vascular changes, including vasodilation, increased permeability, and increased blood flow, which is induced by the actions of various inflammatory mediators [7].

Inflammation causes glutamate excitotoxicity and the cytokine IL-1b plays an important role in this, too [9].

Excitotoxicity causes a cascade of events such as an increase in free radicals and phospholipases, which break down the neuronal membrane, allowing harmful chemicals and ions to enter and ultimately degrading the cell’s mitochondria.

Inflammation also contributes to migraines because it causes changes in the trigeminal nerve, one of the main facial nerves that also houses a major pain pathway [10].

Migraine sufferers also are more likely than other people to have an incomplete network of arteries that supply blood to the brain. This structural difference may cause frequent headaches or occur as a result of the headaches.

This is a dysfunction in the endocrine/hormonal system, sometimes of the HPA axis leading to unbalanced levels of:

This hormonal list is not comprehensive, but these are large players.

Since every one of these hormones plays a role in modulating the vascular system, it seems apparent to me that dysregulation of the endocrine system will result in either vasodilation or vasoconstriction.

When hormonal signaling is out of whack and too little or too much of one or more hormones is excreted at the wrong time, you get excess vasodilation or vasoconstriction.

Glutamate (and aspartate), serotonin, acetylcholine, and GABA play the following role in vasodilation and vasoconstriction:

A study in pigs found that glutamate, a major neurotransmitter, is vasoactive in the cerebral circulation. Glutamate vasodilation is mediated by nitric oxide through NMDA receptors [11].

Acetylcholine is a vasoconstrictor [13].

According to one study in goats, administration of GABA (1-100 micrograms) directly into the cerebral circulation produced dose-dependent increases in cerebral blood flow [14].

Substance P is released along with glutamate, so if too much glutamate is released then there may be an increase in pain perception.

Which Category of Vascular Migraines Are You In?

Below is a list of the symptoms that may help you identify your type of vascular migraine. Talk to your doctor if you experience several of them so that he or she can properly diagnose it and prescribe medications to treat and prevent the attacks.

Your headaches may be caused by vasodilation if it occurs as a result of:

Exercise, infection, injury and food intolerances may cause inflammation, which leads to vasodilation.

Instead, glutamate excess is more likely caused by a host of other factors not related to dietary consumption of glutamates such as hypoglycemia caused by eating high glycemic index foods, hyperinsulinemia, fasting/skipping meals or really low carb dieting.

Also, low oxygen can cause glutamate excitotoxicity, such as when we are so stressed we forget to breathe, but more likely as a result of sleep apnea (if you get a headache in the morning check for sleep apnea).

Vasodilatory headaches are least responsive to nonsteroidal anti-inflammatory drugs (NSAIDs) like aspirin because while aspirin will block the pain to a certain extent and bring down inflammation, it is a vasodilator itself. So in one way, it makes it better (by decreasing inflammation) and in another, it exacerbates the problem (by increasing vasodilation). If your headaches don’t improve with aspirin, that’s another indicator that it’s caused by vasodilation.

NSAIDs have been shown not to work for vasodilatory headaches like cluster or exercise headaches because NSAIDs vasodilatory actions will only help for vasoconstrictive headaches.

Allergies and allergic reactions cause an inflammatory response which will trigger or make this headache worse.

People with vasoconstriction headaches will usually have higher blood pressure and experience episodes during times of stress. Tension headaches are a good example of this.

Any stimulus that causes the body to release stress hormones such as fasting or skipping meals, emotional stress, cold, bright lights, and loud noise can aggravate these headaches.

Tyramines, found in aged cheeses and other foods, displace norepinephrine from neuronal storage vesicles, which leads to vasoconstriction. These headaches can come often but they aren’t as consistent as vasodilatory headaches.

These headaches are most responsive to NSAIDs like aspirin because aspirin is both a painkiller and vasodilator. And indeed, the research demonstrates its effectiveness for tension headaches.

People with vasoconstricting headaches are more likely to have: