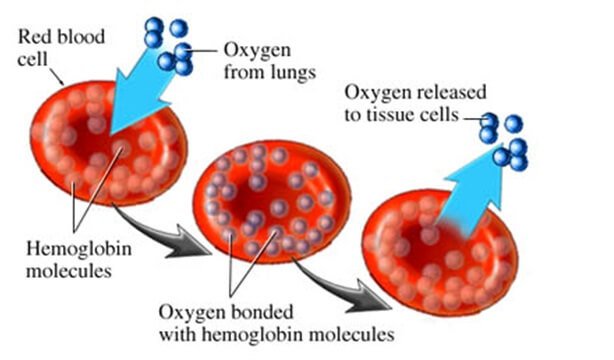 Red blood cell indices are part of the complete blood count test. Each marker provides specific information about red blood cell health, which may be useful for diagnosing nutrient deficiencies and diseases.

Mean corpuscular volume (MCV) is a measurement of the average size (volume) of each red blood cell [1].

When red blood cells are smaller than normal (microcytic), the MCV is decreased. Low MCV is typical of a number of conditions, including:

When red blood cells are larger than normal (macrocytic), the MCV is increased. High MCV is typical of a number of conditions, including:

These are not necessarily exhaustive lists of potential causes of high and low MCV, and they shouldn’t be used to self-diagnose anything. Your doctor will look at your MCV, other lab markers, and other symptoms to determine an appropriate diagnosis and treatment plan.

MCHC indicates the amount of hemoglobin per unit volume of the red blood cell [1].

MCHC is the hemoglobin content divided by the volume of the red blood cell.

Decreased MCHC values (hypochromia, or paler red blood cells) are seen in conditions such as iron deficiency anemia, vitamin B6 deficiency, and thalassemia [3, 8].

Again, your doctor is best positioned to determine the underlying cause of irregular MCHC and to help you develop an appropriate treatment or management plan.

RDW measures the variability of the red blood cell volume [1].

The RDW is often normal (homogenous red blood cell size) in healthy people and also in:

Doctors may therefore use RDW along with a battery of other tests to help them differentiate aplastic anemia from some other types of anemia.

This is not necessarily an exhaustive list of potential causes of high RDW, and it shouldn’t be used to self-diagnose anything. Your doctor will look at your RDW, other lab markers, and other symptoms to determine an appropriate diagnosis and treatment plan.

No disease states have been identified in which the RDW is decreased [20].

RBC count is an estimate of the number of red blood cells per liter of the patient’s blood [29].

Normal values may vary depending on the individual laboratory, the age of the patient, physical activity, and other factors [30].

If your RBC count is outside the normal range, talk to your doctor to determine the underlying cause and develop a management plan, if appropriate.

The process by which red blood cells are produced is called erythropoiesis. This process relies on a number of nutrients and hormones to be efficient [32, 33]:

How Are Red Blood Cells Disposed of in the Body?

Red blood cells have a life cycle of about 120 days. When they are too old or damaged, they are broken down in the bone marrow, spleen or liver.

Used up heme is broken down as a component of bile, which is excreted in the intestine [35].

Having a low level of red blood cells can diminish the ability of the blood to transport oxygen, which can cause the heart to come under strain as it works to get enough oxygen to the tissues [36].

In anemia, the body doesn’t get enough oxygen-rich blood. As a result, you may feel tired or weak. You also may have other symptoms, such as shortness of breath, dizziness, headaches, pale skin, chest pain, and coldness in the hands or feet [36, 37].

Severe or long-lasting anemia can damage your heart, brain, and other organs in your body. Very severe anemia may even cause death [36, 37].

Anemia is often a symptom that indicates another underlying condition. It’s important to talk to your doctor to identify the possible causes of your anemia and develop an appropriate treatment plan [36, 37].

The three main causes associated with anemia are:

For some people, the condition is caused by more than one of these factors [38]. Read this post on iron to learn more about anemia.

Anemia is associated with a number of symptoms, which may indicate to your doctor that this test is appropriate. This is not necessarily an exhaustive list; someone with anemia count may have several of these symptoms in addition to others not listed here. Furthermore, these symptoms may not necessarily indicate anemia. Your doctor is best positioned to determine the appropriate blood tests, other labs, and treatment options.

Increased RBC count is independently (but weakly) associated with the risk of cardiovascular events [44].

Elderly patients with depression and low blood cell count may respond better to some medications such as fluoxetine [45].

Health Benefits of Having a Higher RBC Count

An increased number of red blood cells, to a certain extent, allows the body to transport more oxygen to muscles and therefore increase stamina and performance [46].

The conditions listed here are commonly associated with low RBC count but may indicate another condition or cause another set of symptoms. Work with your doctor or other health care professional for an accurate diagnosis.

Approximately one-third of the world’s population is anemic, and the majority of these cases are due to iron deficiency [47].

Conditions that make it hard for your body to absorb nutrients also can prevent your body from making enough red blood cells [38].

Nutrient deficiency of either folate or vitamin B12 results in enlarged red blood cells (megaloblastic anemia), with an MCV increased to a range of 105 to 160 fl [49].

Some chronic diseases can cause anemia [37].

Anemia of inflammation is the second most common cause of anemia after iron deficiency. It is associated with acute and chronic infections, sepsis, malignancies, autoimmune disorders, and chronic kidney disease [39].

People who have HIV/AIDS may develop anemia due to secondary infections or medicines used to treat their diseases [37].

Anemia can occur during pregnancy due to low levels of iron, folic acid, and/or vitamin B12 [37].

During the first 6 months of pregnancy, the fluid portion of a woman’s blood increases faster than the number of red blood cells. This makes the blood thinner and can lead to anemia [37].

Blood loss is the most common cause of anemia, especially iron-deficiency anemia. Blood loss can be short term or persist over time.

Alcohol consumption decreases the red blood cell count, with even the lowest consumption producing a significant decrease in men [54]. In another study that showed similar results, there was a correlation between decreased RBCs and the duration of dependence [55].

Overhydration is rare, but can also occur in patients with impaired kidney function. The blood has more volume, but the number of blood cells is unchanged, resulting in a lower red blood cell count or concentration [56].

Your body needs the hormone erythropoietin to make red blood cells. This hormone is produced by the kidneys and stimulates the bone marrow to make more red blood cells [37].

Anemia is a common complication of chronic kidney diseases, due to reduced erythropoietin production by the kidneys [57, 58].

Hereditary conditions such as sickle cell anemia or thalassemias can cause your body to destroy too many red blood cells, causing anemia [37].

Acquired conditions or factors, such as certain medicines, toxins, and infectious diseases, also can cause aplastic anemia [37].

The progression of periodontal disease is associated with a decrease in red blood cell counts [60].

Chronic gum inflammation (periodontitis) is associated with a lower red blood cell count, which tends to improve after periodontal treatment [61].

The conditions listed here are commonly associated with low RBC count but may indicate another condition or cause another set of symptoms. Work with your doctor or other health care professional for an accurate diagnosis.

Your body may increase red blood cell production to compensate for any condition that results in low oxygen levels, including:

Obesity has been linked with higher RBC count as well as a number of other elevated blood markers, though researchers are not sure why [66].

Certain drugs stimulate the production of red blood cells, including:

In the elderly, red blood cell count was increased in the cold [74].

Is Low Uric Acid Bad & What Causes It?