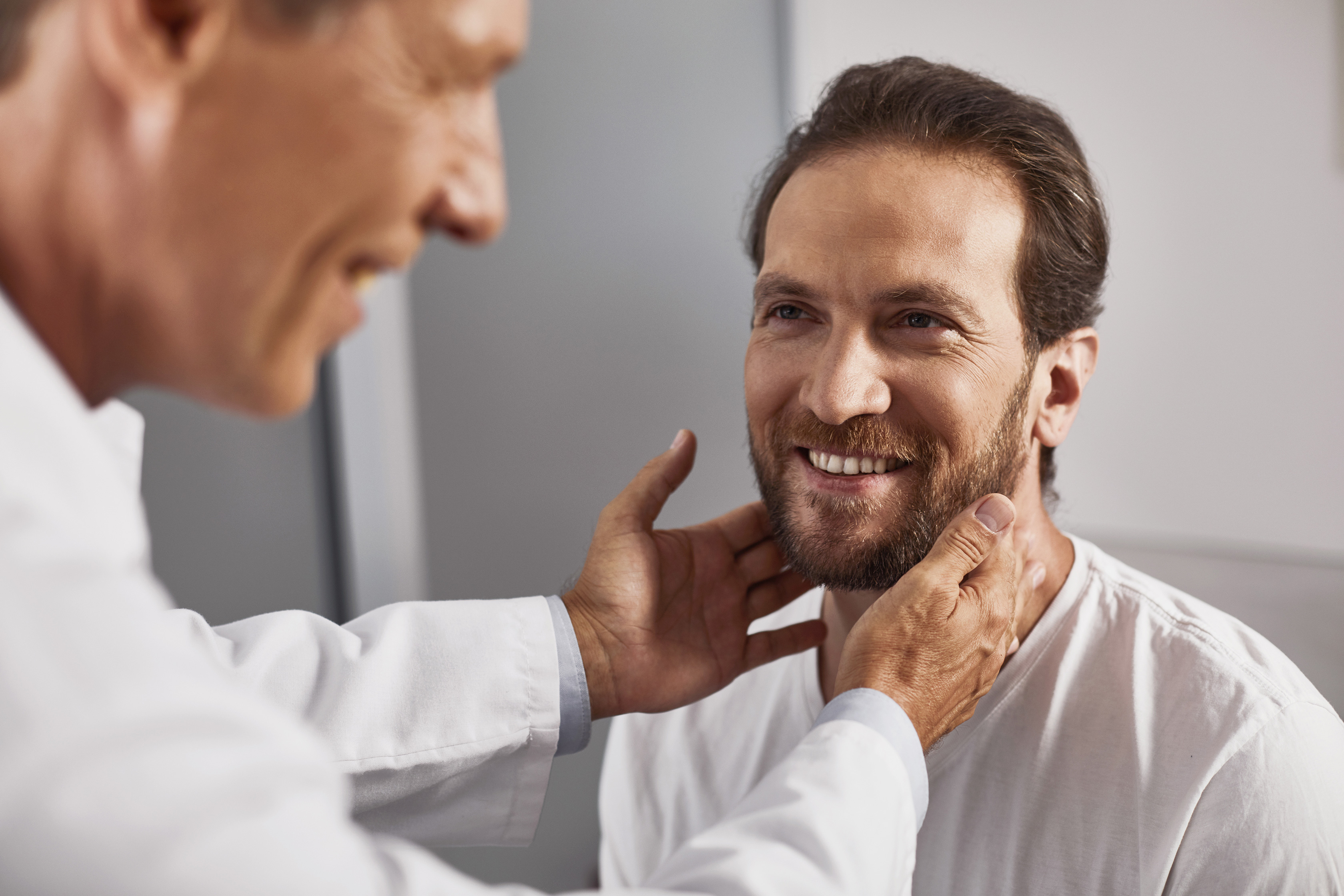 Controlling the symptoms of a thyroid disorder can be a frustrating experience. More and more people are now looking at reverse T3 tests to uncover additional clues… although doctors will rarely order them. Read on to learn what reverse T3 test results can mean.

What is Reverse T3?

Reverse T3 (also known as rT3 or reverse triiodothyronine) is a metabolite of T4, an important thyroid hormone [1].

Usually, the body converts T4 into T3. This T3 goes on to have a variety of biological effects, like increasing heart rate, breathing rate, and metabolism [2].

The body sometimes converts T4 into rT3 instead. This rT3 has little biological activity and is considered an inactive compound [1].

To fully understand what rT3 is, it’s helpful to first talk about the different thyroid hormones found inside the body.

TSH (short for thyroid-stimulating hormone) is a hormone released from the pituitary gland. As the name implies, TSH is responsible for stimulating the thyroid gland to produce hormones [2].

T4 is the most abundant thyroid hormone found in the body. But it has very little biological activity on its own. T4 must be converted into T3 to play out the roles normally associated with thyroid hormones [2].

T3 is a thyroid hormone that plays many roles in the body, including metabolism, growth, and body temperature. The thyroid gland produces some T3, but most available T3 comes from the conversion of T4 [2].

D2 is the enzyme that converts T4 into T3. It works by removing an iodine molecule from T4. In fact, T4 is named so because it contains 4 iodine atoms. Once an iodine is removed, T4 becomes T3 [3].

D3 is the enzyme that converts T4 into rT3. D3 also removes an iodine molecule from T4, but at a different location than D2 [3].

There is a third enzyme called D1 that is able to convert T4 into both T3 or rT3. However, the exact role of D1 in the body is unclear [3].

The general expert consensus is that rT3 tests have little clinical benefit. Currently, the information revealed by rT3 testing does not factor into any clinical decision-making [4, 5, 6].

Use in Alternative Medicine

Testing of rT3 has experienced a small rise in popularity due to a subset of alternative medicine practitioners using this test to evaluate thyroid conditions [4].

According to alternative medicine and naturopathic practitioners, rT3 levels can become elevated due to several factors, including stress, synthetic T4 medications, and liver disease. This subsequent rise in rT3 can supposedly trigger hypothyroid symptoms, including fatigue and weight gain [4].

Another popular belief is “rT3 dominance,” which is the idea that rT3 competes with T3 at binding sites. High levels of rT3 supposedly cause less T3 to bind to receptors, which means that even normal levels of T3 may result in hypothyroid symptoms [4].

Alternative medicine practitioners will test for rT3 and diagnose rT3 dominance based on an rT3/T3 ratio [4].

Treatment usually includes supplements that are believed to promote the conversion of T4 to T3 rather than rT3 [4].

There is little clinical evidence to support the use of rT3 testing.

While it’s been shown that rT3 levels may become elevated due to a number of factors (such as stress, weight loss, and liver disease), there is no evidence to suggest that rT3 levels can cause any symptoms of thyroid disorder [4, 7].

There is also little evidence to support the idea of “rT3 dominance”. Studies do show that rT3 is able to bind to the same receptors that T3 does. However, T3 has a binding affinity that is 100x stronger than rT3 and the concentration of T3 in the body is much higher than rT3. This suggests that rT3 levels would have minimal effect on the binding potential of T3 [8, 4].

In addition, treatment of high rT3 levels by alternative medicine practitioners typically involves using supplements to promote the conversion of T4 into T3 instead of rT3. There is currently no strong clinical evidence that shows any kind of supplement can have this effect [4].

A number of factors may cause a high rT3 test result. It’s unclear if rT3 levels are clinically relevant. Test results should always be interpreted by a doctor who can take into account your medical history and the results of other tests.

Low T3 syndrome is a condition that causes abnormal levels of T3 and T4. It is also known as euthyroid sick syndrome or non-thyroidal illness syndrome.

Unlike other thyroid disorders, this condition is not caused by impairment of the thyroid gland. Instead, low T3 syndrome is mostly due to changes in the balance of thyroid hormone enzymes, transporters, and receptors [11, 6].

One important change is a decrease in D1 and an increase in D3, which reduces T4 conversion into T3. While it’s not fully understood how this happens, inflammation likely plays a big part [11].

However, thyroid hormone level changes can vary greatly, depending on the root cause of the syndrome [11].

A common cause of low T3 syndrome is critical illness. Almost all patients in the intensive care unit have some form of thyroid hormone imbalance. It is also associated with many chronic illnesses [11, 6].

All of the following conditions may cause low T3 syndrome, potentially leading to high rT3 levels:

It’s not entirely clear why low T3 syndrome occurs, but many theorize it may be the body’s natural response to serious illness. By altering the balance of thyroid hormones, the body can slow its metabolism and conserve energy.

However, studies also suggest long periods of this thyroid hormone imbalance may lead to negative effects on the heart, recovery time, and overall health [6, 12, 24].

Iron deficiency and low ferritin may increase rT3 levels, according to two Iranian studies examining adolescent girls. One of the studies with 103 participants suggests that restoring iron levels to normal may bring rT3 levels back down to normal. Therapy included both iron and iodine [26, 27].

There is evidence that rT3 levels may naturally rise with age. Observational studies have found that elderly people have slightly elevated rT3 levels [10, 29].

It’s not exactly clear why this happens, but it may have to do with kidney and liver health. Kidney and liver function diminishes with age. According to some researchers, the elderly may metabolize and clear out rT3 more slowly, resulting in higher levels [4, 29].

Also, illness and malnutrition are more common in the elderly. These factors are linked to higher rT3 levels as well [4, 29].

Interestingly, rT3 levels in the fetus are relatively high while T3 is usually low [30, 31].

This occurs because the concentration of D3 (the enzyme that converts T4 into rT3) is also very high in the fetus and the placenta [30, 31].

Why does this happen?

This is important because a considerable amount of T4 and T3 is transferred from the mother to the fetus. High levels of D3 may be needed to inactivate excess T4 into rT3, to ensure proper development [30, 31].

The mother’s rT3 levels should not be affected by this process. However, pregnancy can increase the body’s demand for thyroid hormones, often leading to hypothyroidism [30].

Certain medications may increase rT3, including:

The liver is responsible for converting T4 to T3. More specifically, liver cirrhosis has been linked to high rT3, low T3, and low T4 levels. The more severe the liver damage, the more these values tend to drift from the normal range. Other chronic liver diseases, such as fatty liver and hepatitis, were not associated with high rT3 [7, 41].

Some other potential causes of high reverse T3 include:

Reverse T3 is generally considered to have little biological activity, but it has been linked to several health conditions.

For example, one older study of 32 patients with depression found that higher rT3 levels may be associated with worse depression symptoms [55].

Another study of 42 patients on dialysis suggests there is an association between higher rT3 levels and worse glucose tolerance in kidney failure [46].

High rT3 levels may also be linked to an increased risk of dying within a year of having a heart attack, according to an observational study of 331 patients [56].

However, there is some debate on whether rT3 offers beneficial effects as well. The body naturally favors rT3 conversion during times of severe illness or injury. This is believed to be a protective mechanism to conserve energy and prevent protein breakdown [6, 11].

Additionally, animal and cell studies suggest that rT3 may help with brain development in early childhood. More specifically, it may organize the actin filaments of astrocytes, a type of cell that supports neurons [57, 58].

A number of factors may cause a low rT3 test result. It’s unclear if rT3 levels are clinically relevant. Test results should always be interpreted by a doctor who can take into account your medical history and the results of other tests.

Hypothyroidism is when the thyroid gland does not produce enough T4 and T3 [5, 59].

People with this condition often have lower levels of rT3. This is because rT3 is made from T4 and people with hypothyroidism have low levels of T4 [5, 59].

Treatment of hypothyroidism usually involves levothyroxine, a synthetic version of T4. This potentially can restore rT3 to normal levels as well [5, 59].

Hyperparathyroidism is characterized by high levels of parathyroid hormone. It is usually caused by problems in the parathyroid glands [60].

There is some evidence that hyperparathyroidism can also lower levels of rT3 [60].

Some drugs may decrease rT3, including:

Currently, low levels of rT3 are not known to cause any health effects [4].

However, low rT3 is often the result of reduced levels of T4. Low T4 can cause hypothyroid symptoms [5].